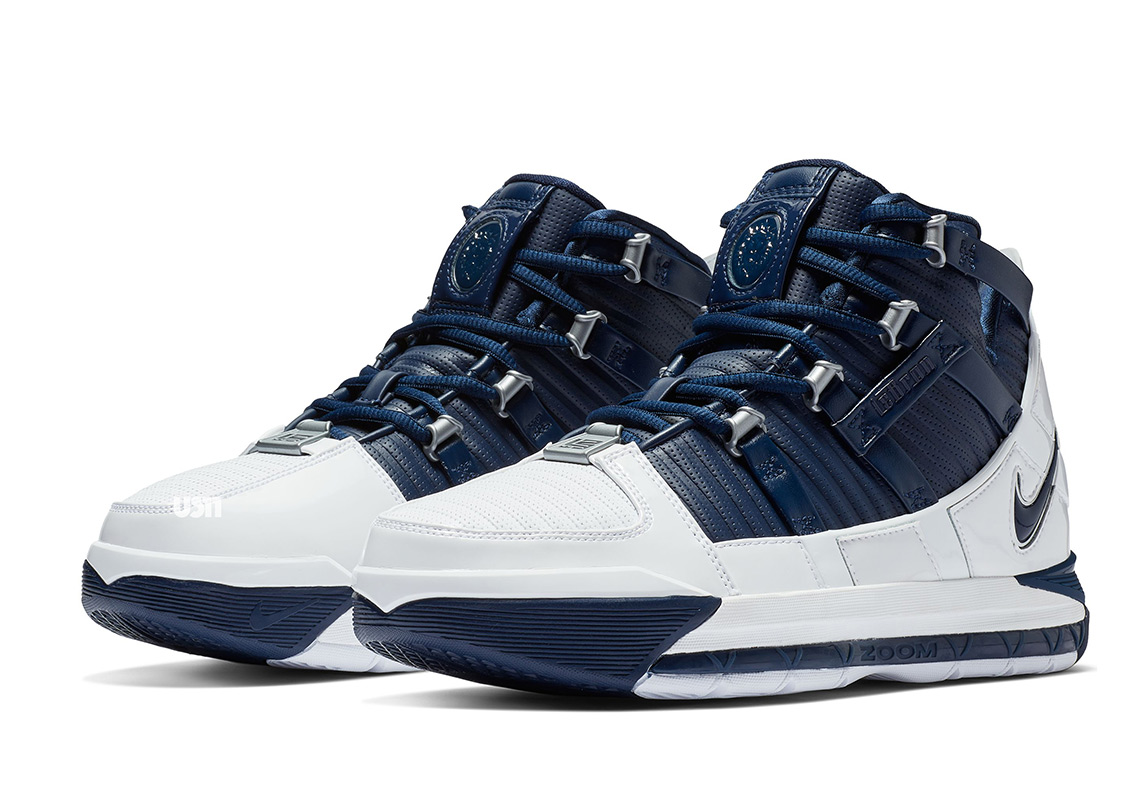 In the midst of his sixteenth NBA season, LeBron James continues adapting his game, seemingly getting better and better each and every year. While the sensational small forward is more than just a wily veteran this day in age, his Hall of Fame career began all the way back in 2003, with the sneaker industry’s greatest superpower having his back every step of the way. In celebration of this iconic relationship the Swoosh brought back the revered Nike Air Zoom Generation, and now they are doing the same with the Zoom LeBron 3, with colorways returning to shelves for the very first time since they dropped all the way back in 2006. Dressed in a bold combination of Navy Blue, Silver, and White, this original take on the King’s third signature Beaverton Brand sneaker dropped specifically on February 25th, over twelve years ago. Sticking to the original construction of this durably-designed model, original embellishments the likes of a lion’s head on its throat and numerous “LJ23” hits are still in tact. Grab a first look at this resurgent LeBron 3 colorway below and look forward to its retail release at Nike Basketball stockists on December 20th. 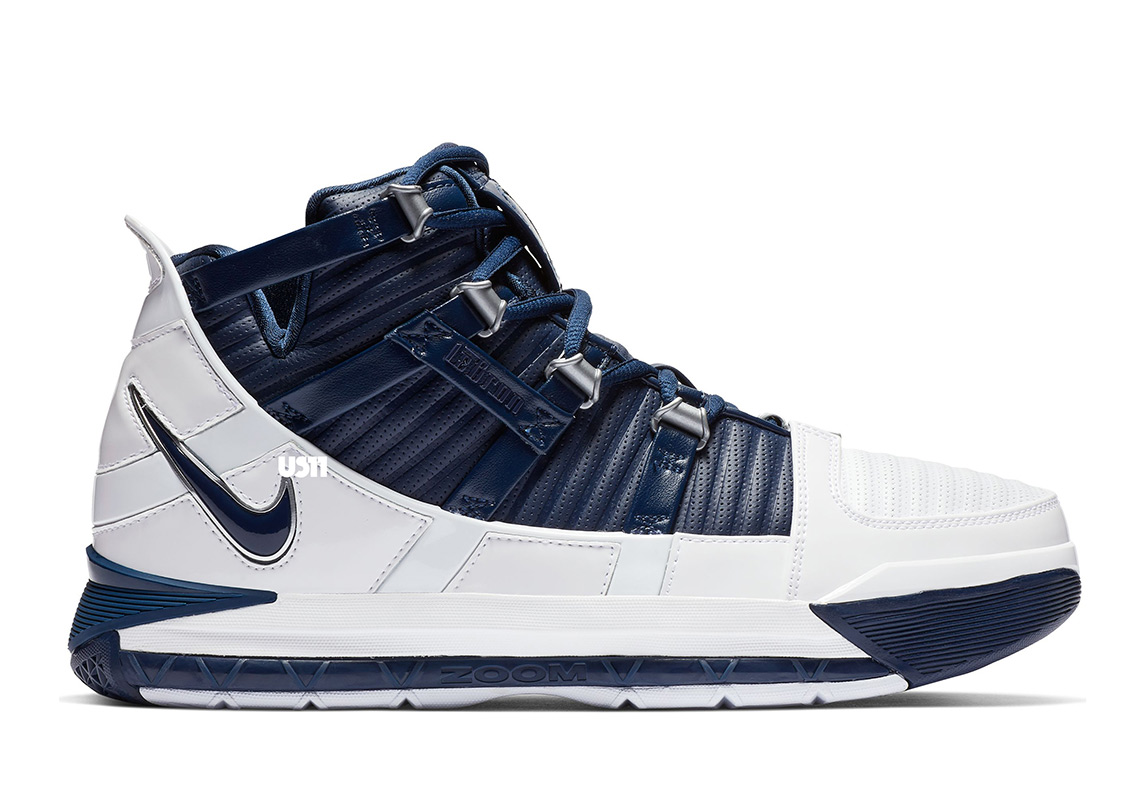 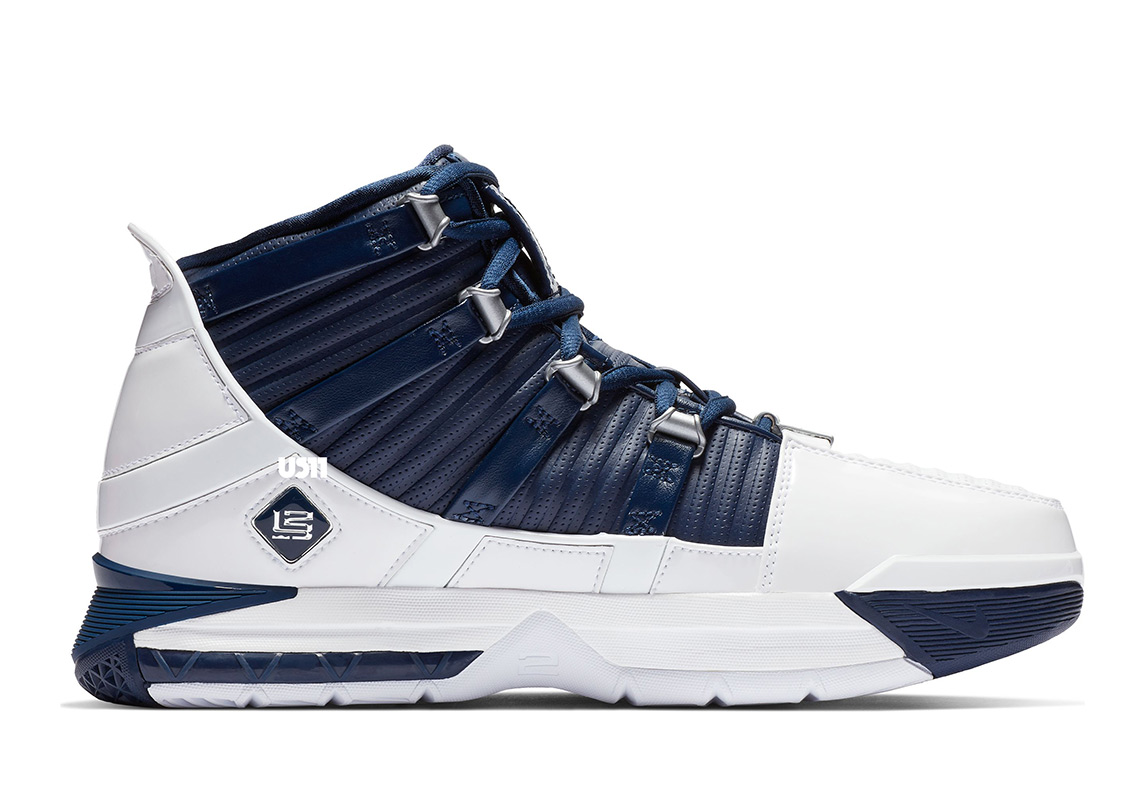 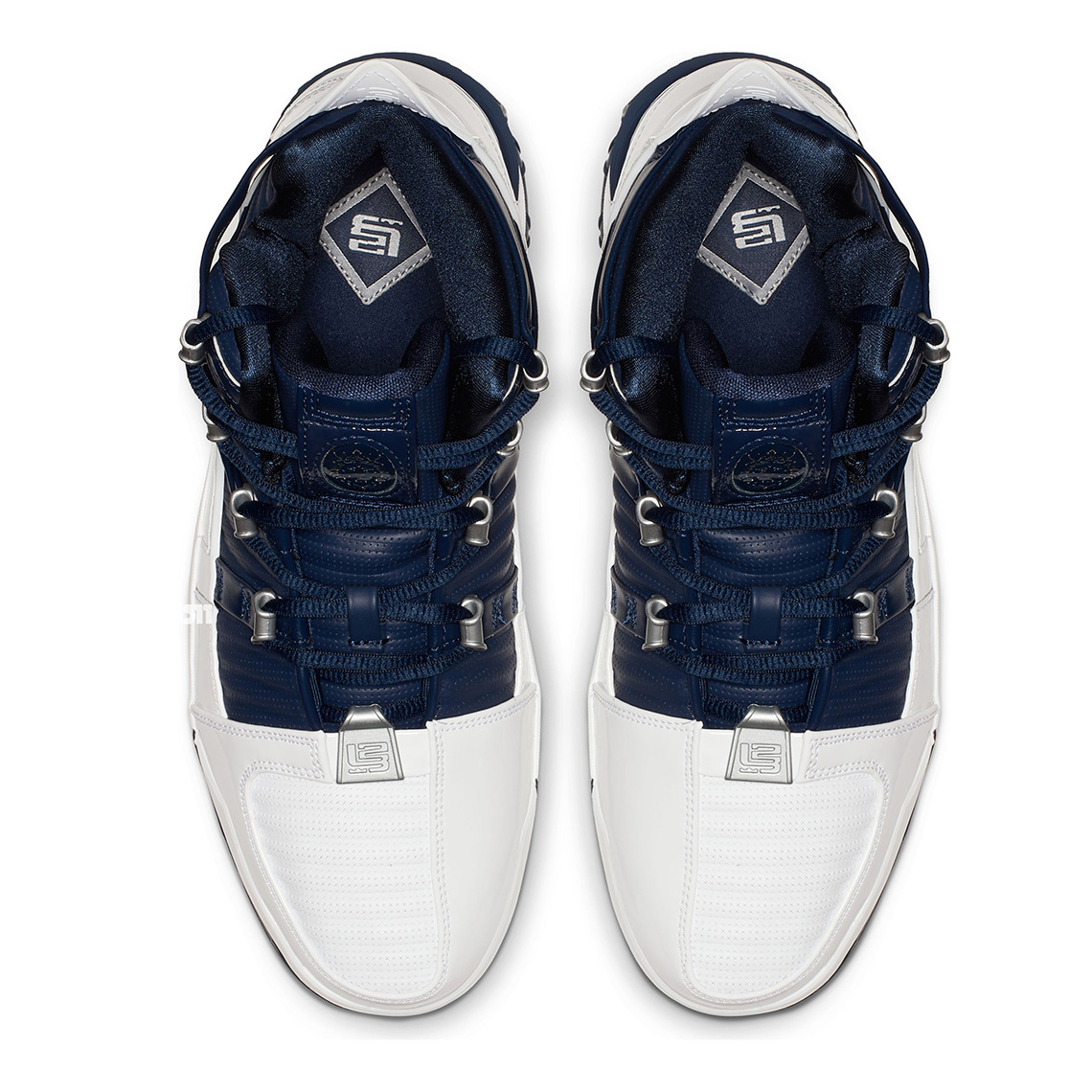