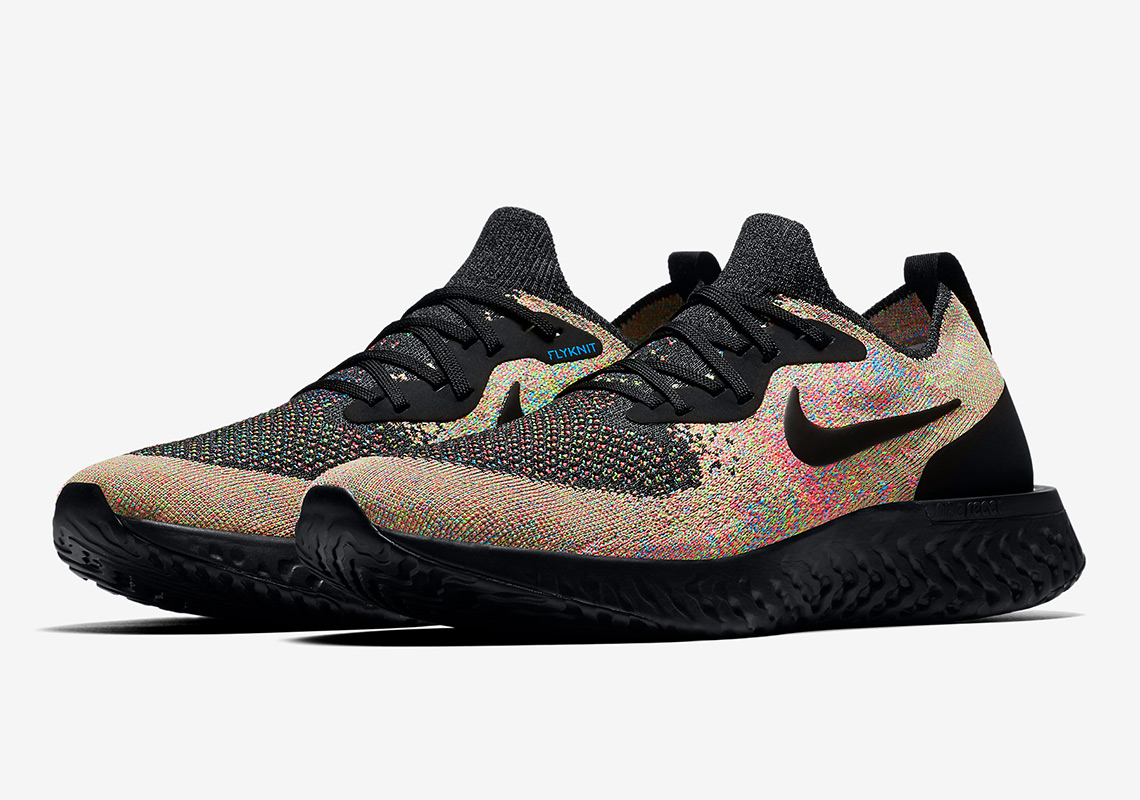 Nike Revives The OG Multi-Color Flyknit With The Epic React

While the influential Nike Epic React silhouette helped the Swoosh Brand introduce a brand new proprietary technology and lay the groundwork for models the likes of the React Element 87 and the ISPA React Runner Mid, its overall design is still largely rooted to the Beaverton conglomerate’s typical design ethos. Like many sneakers before it, the Epic React boasts a sleek silhouette equipped with a flexible flyknit upper and the brand’s latest innovation underneath for maximum comfort. One of the first shoe’s to do this was the indelible Flyknit Racer that helped debut another now-iconic aesthetic, multi-color Flyknit. It was only a matter of time before that colorful array of knit material made its way on to 2018’s version of the Flyknit Racer in the aforementioned Epic React. Borrowing the same black elements for contrast from the colorful Racer, this React’s midfoot Swoosh, cushioned sole, and heel piece help tone down the boisterous creation. Fans looking to own a pair of these nostalgic Epic Reacts will be able to do so upon their arrival at Nike stockists on December 12th. 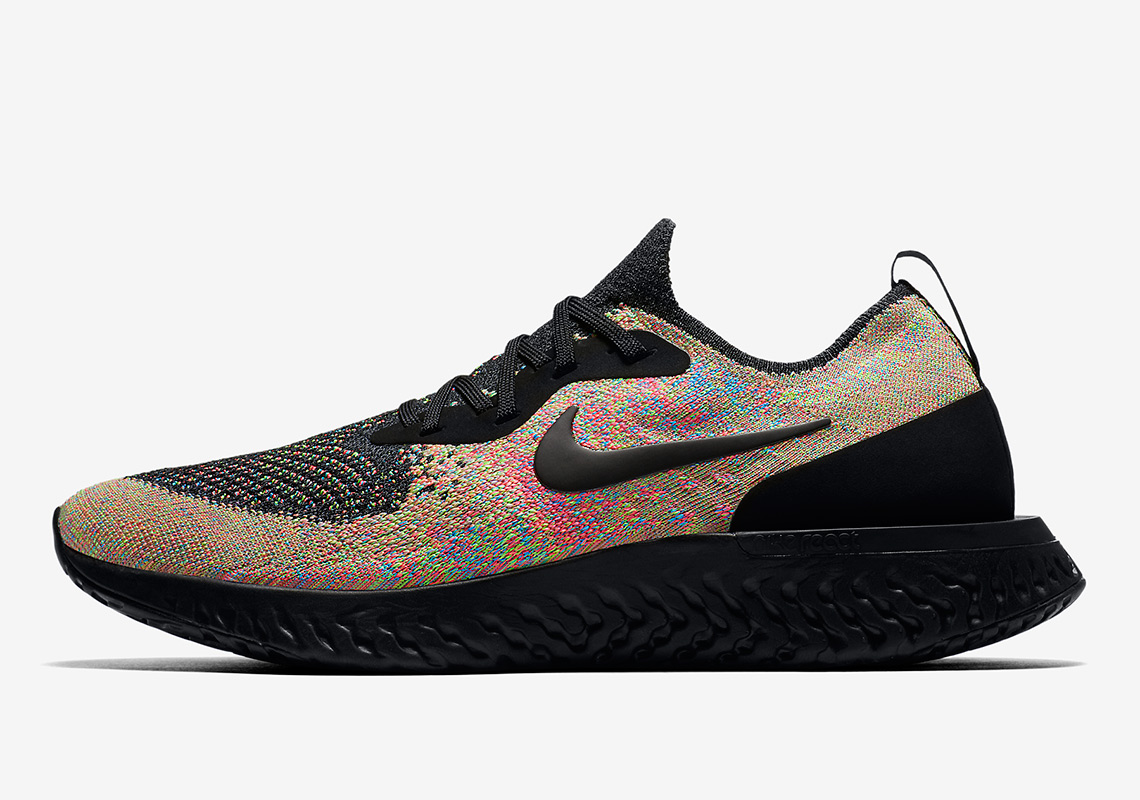 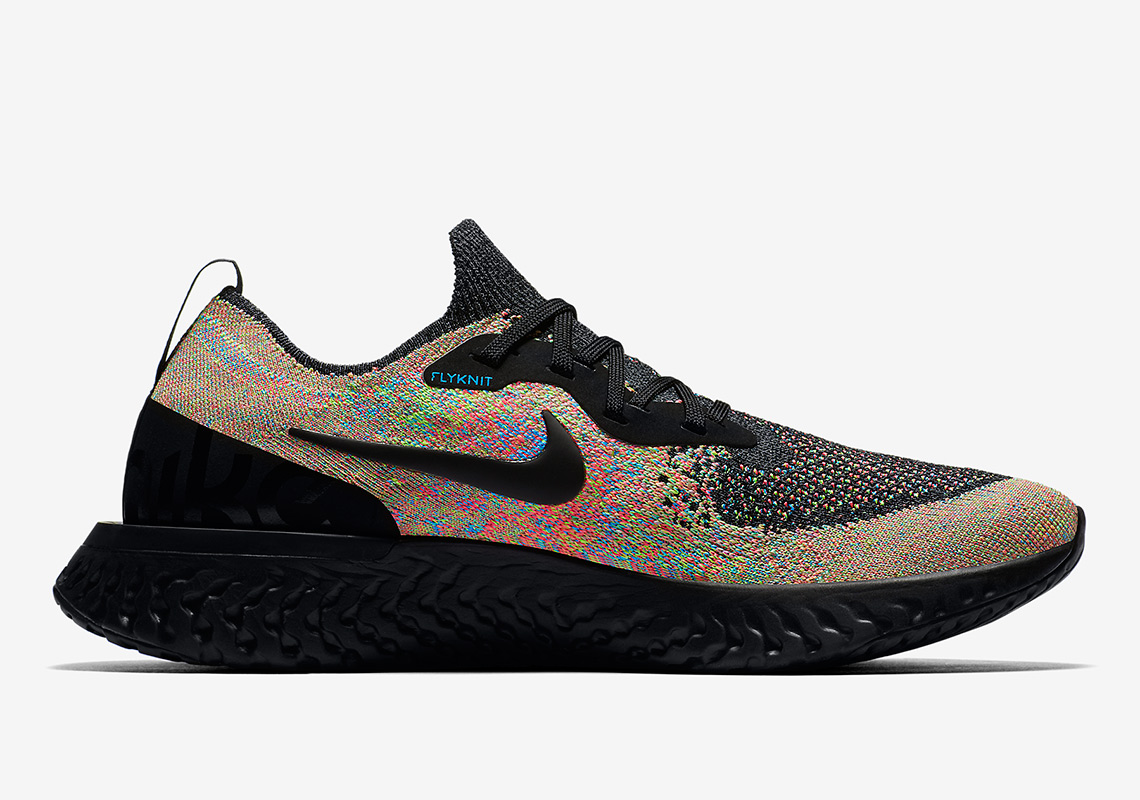 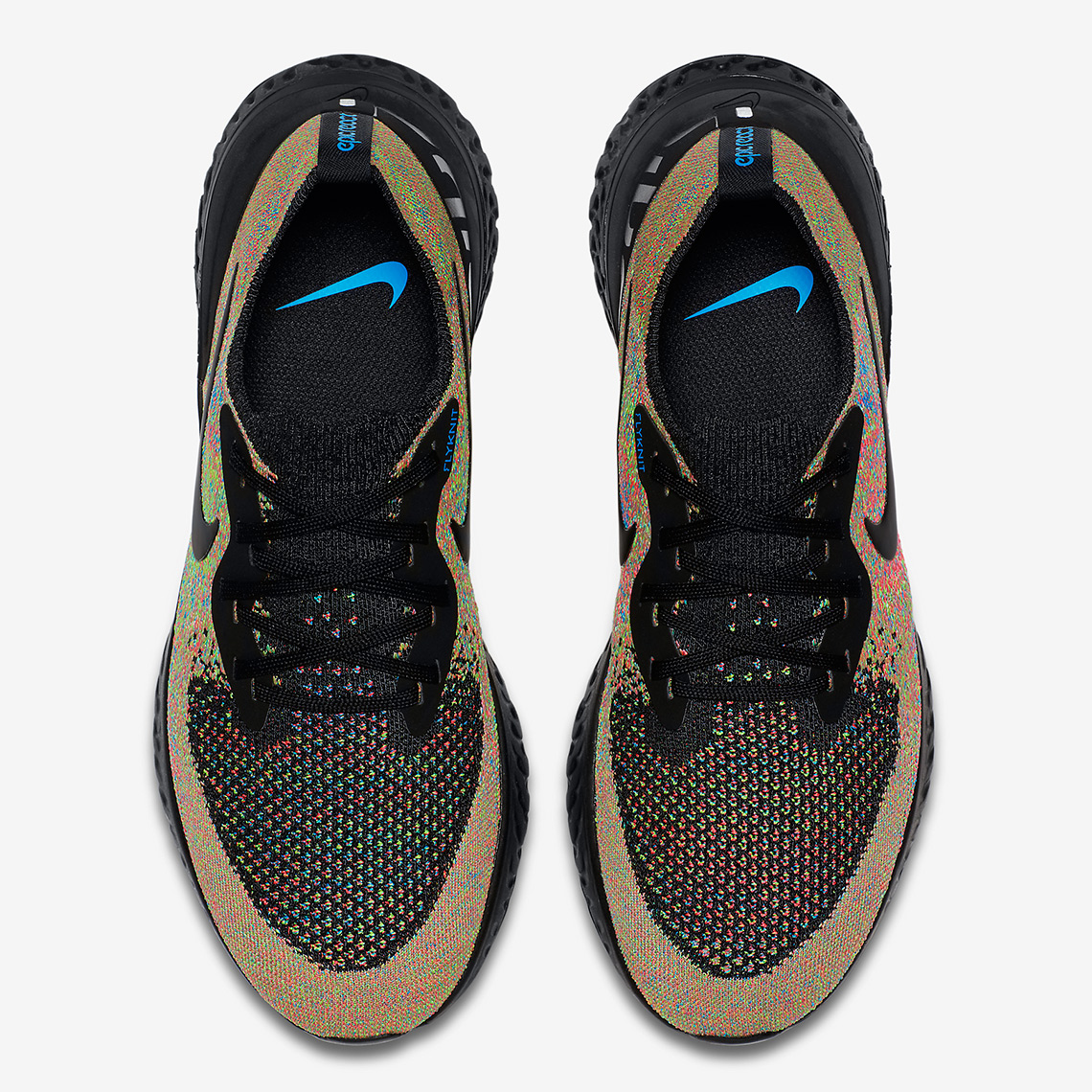 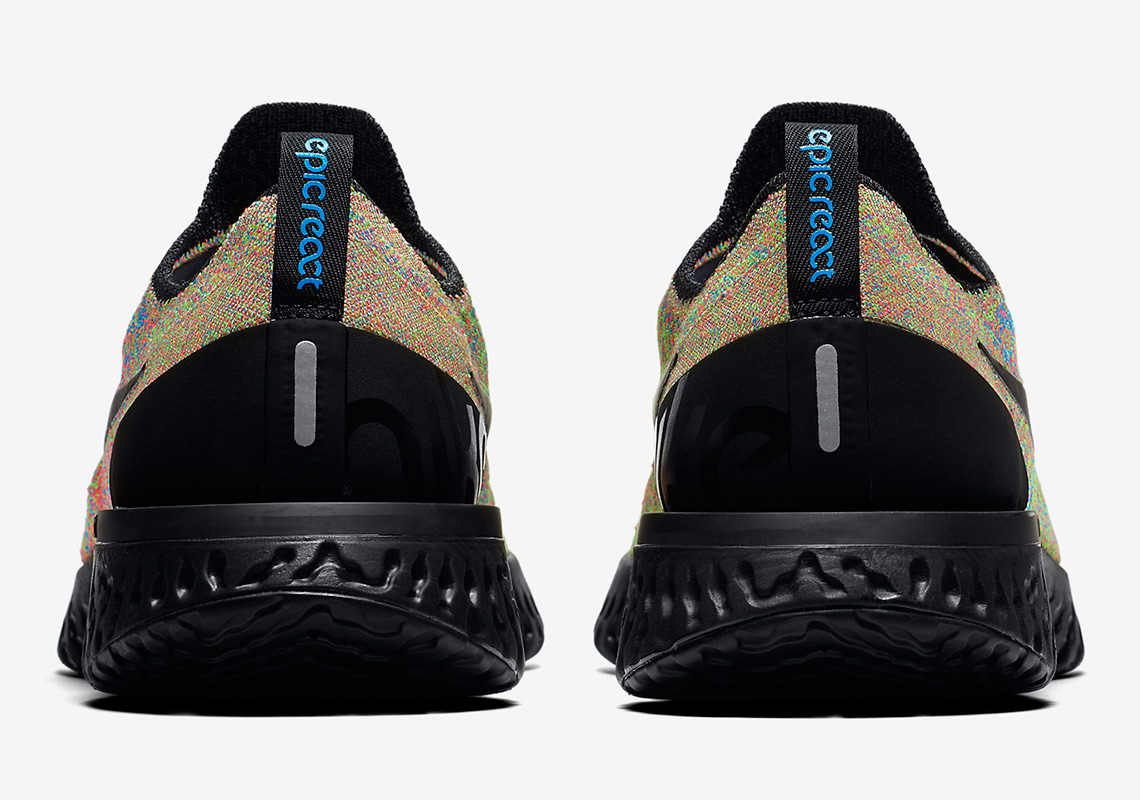 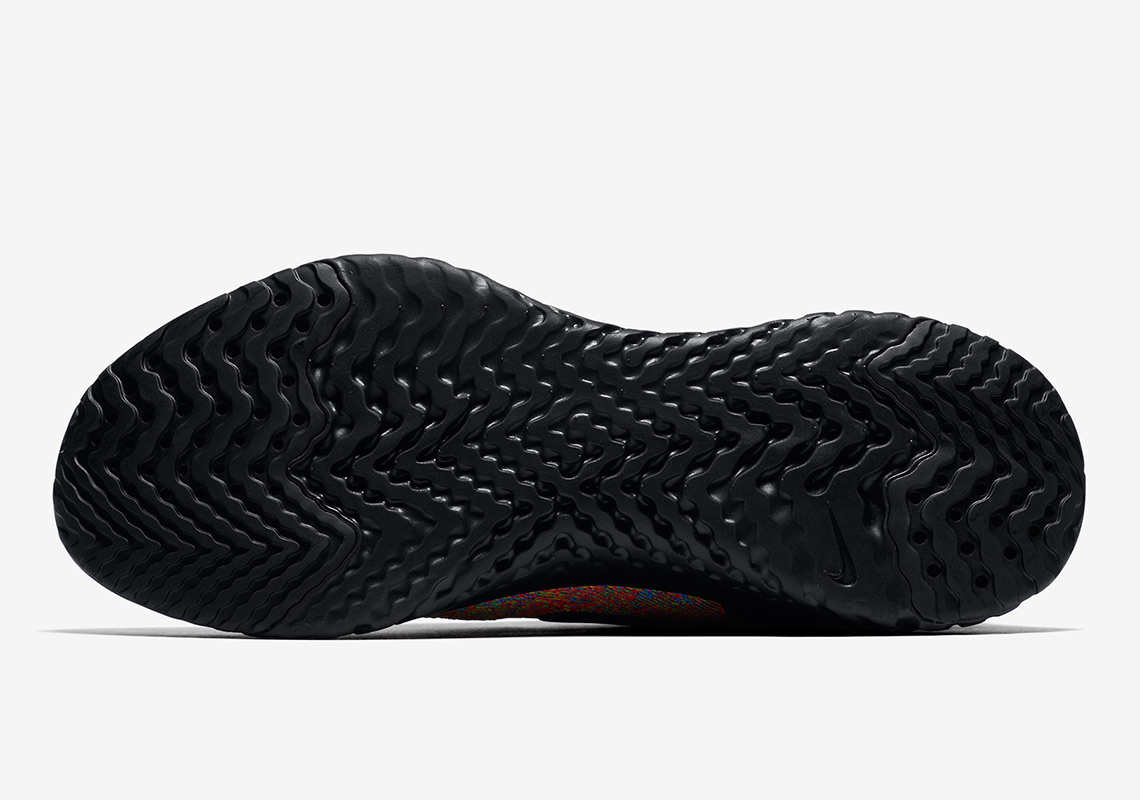