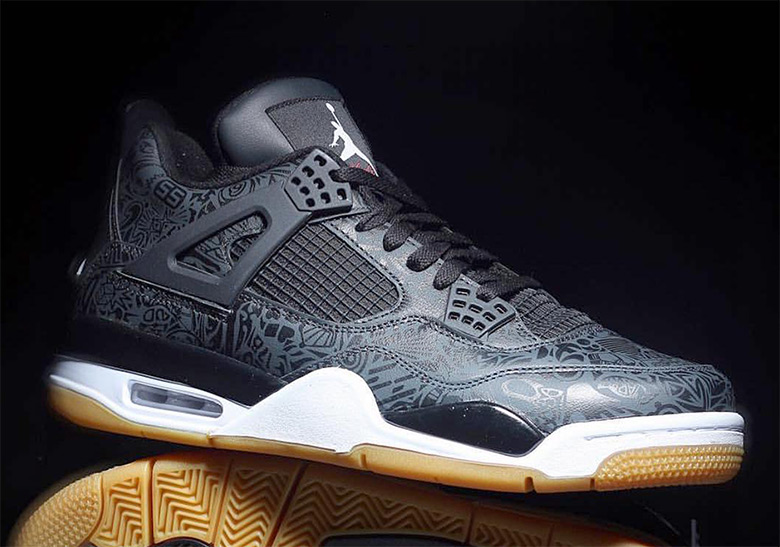 Less than a month away from the “year of the Jordan 4“, a number of intriguing colorways and new-looks have been drawn up to help celebrate the iconic sneaker’s 30th anniversary. Much like the Jordan 3 this year, it is expected that there we be an uptick in both new and old releases for the 1989 original, as we have already seen with the upcoming Nike Air-ridden Bred 4s and the new-look “Hot Punch” joints. Over the years, three of the more popular retro AJ4 color schemes were given a revered “Laser” aesthetic, with two having dropped all the way back in 2005, and one releasing as part of the brand’s 30th anniversary celebration in 2015.

Now, it is being reported that there is a fourth iteration in the works, equipped with a black-on-black upper and a Gum Light Brown outsole hit for an even more classic touch. Breaking this creation’s almost-tonal aesthetic up are hits of red and white on its Jumpman and “Flight” branding as well as its midsole. With a release date tentatively scheduled for January 19th, it appears that MJ’s design team is planning to start the commemorative campaign on a high note with this noteworthy drop. Grab a first look below and check out our Jordan Release Dates page for more on other Jumpman releases in the meantime. 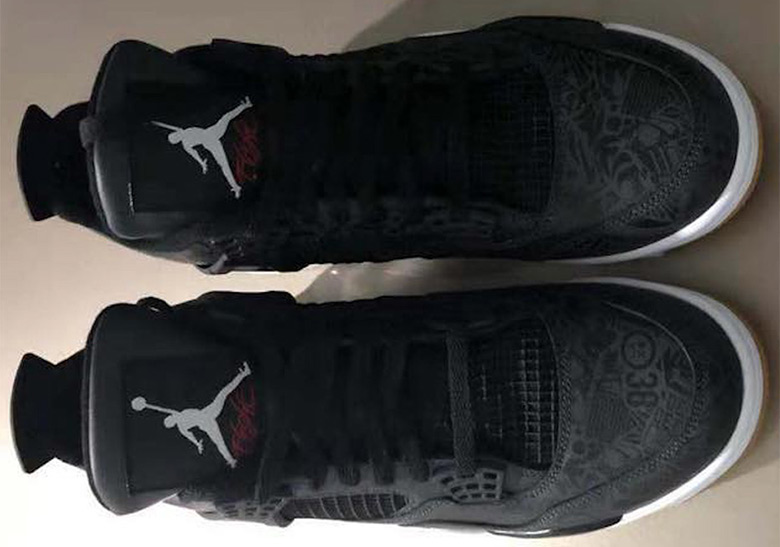 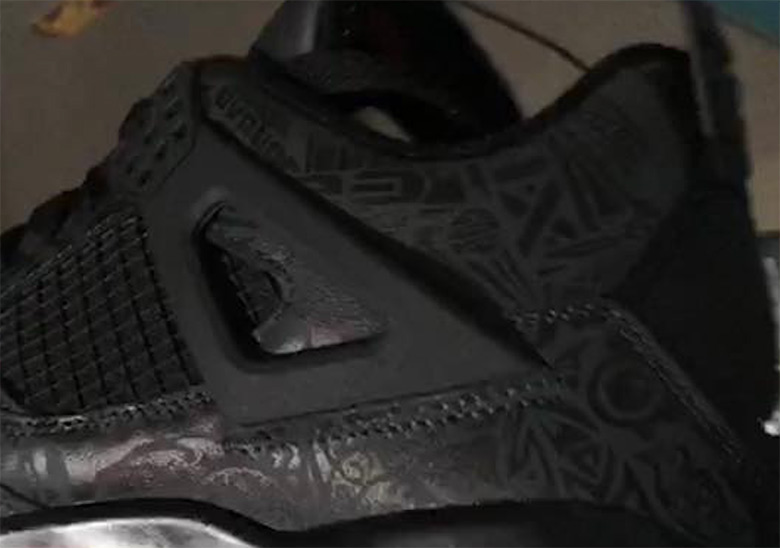