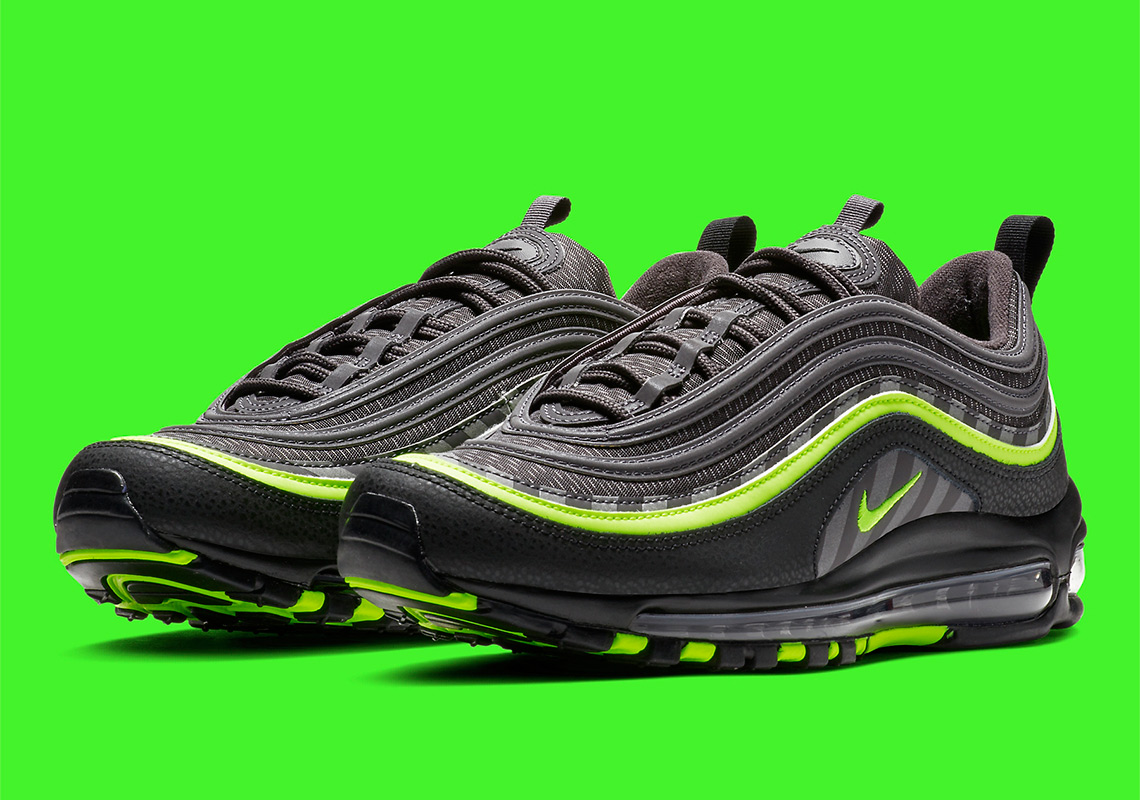 The Nike Air Max 97 was an extremely successful part of Nike’s lifestyle offerings in 2018, proving that the speedy, sleek, bullet-train inspired design still looks just as good as it did upon its initial release twenty years ago. The 97’s unique look makes it ripe for experimentation as well — both with alternate logo placement and new colorways — and it looks like those alternate designs won’t be slowing down in 2019, as images of a brand-new 97 with interesting diagonal striping has recently surfaced.

The new kicks call upon a combination of black, grey, and volt green that’s almost as much Air Max 95 as it is Air Max 97. They feature some interesting new embellishments as well, with a flecked pattern appearing on the upper’s underlays, an ostrich-style print on the mudugard, and the aforementioned diagonal striping gracing both a panel on the upper and the area around the midfoot’s small Swoosh logo. Between the bright pops of volt and all the patterns/textures, this new 97 presents an uncommon look that’s chock-full of detailing. Look for these new 97s to drop January 26th at the retailers listed below, and be sure to check our Sneaker Release Dates page for even more updates on what the Swoosh Brand has going on in 2019. 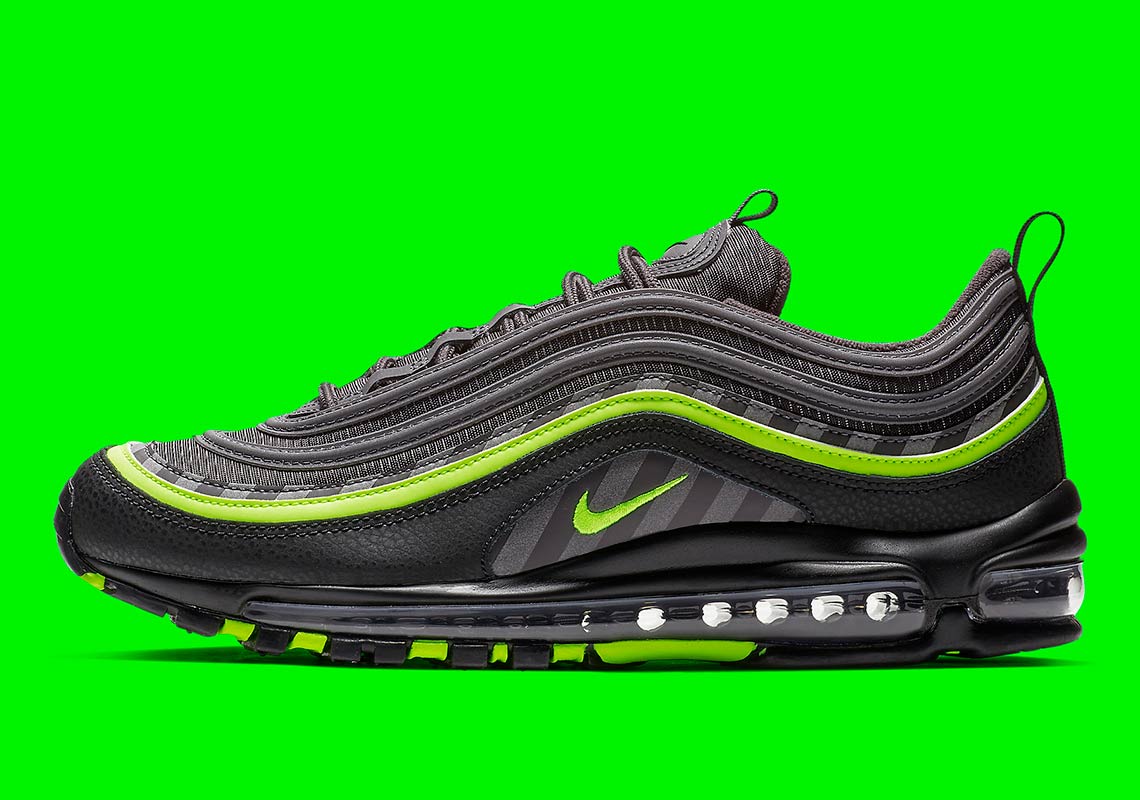 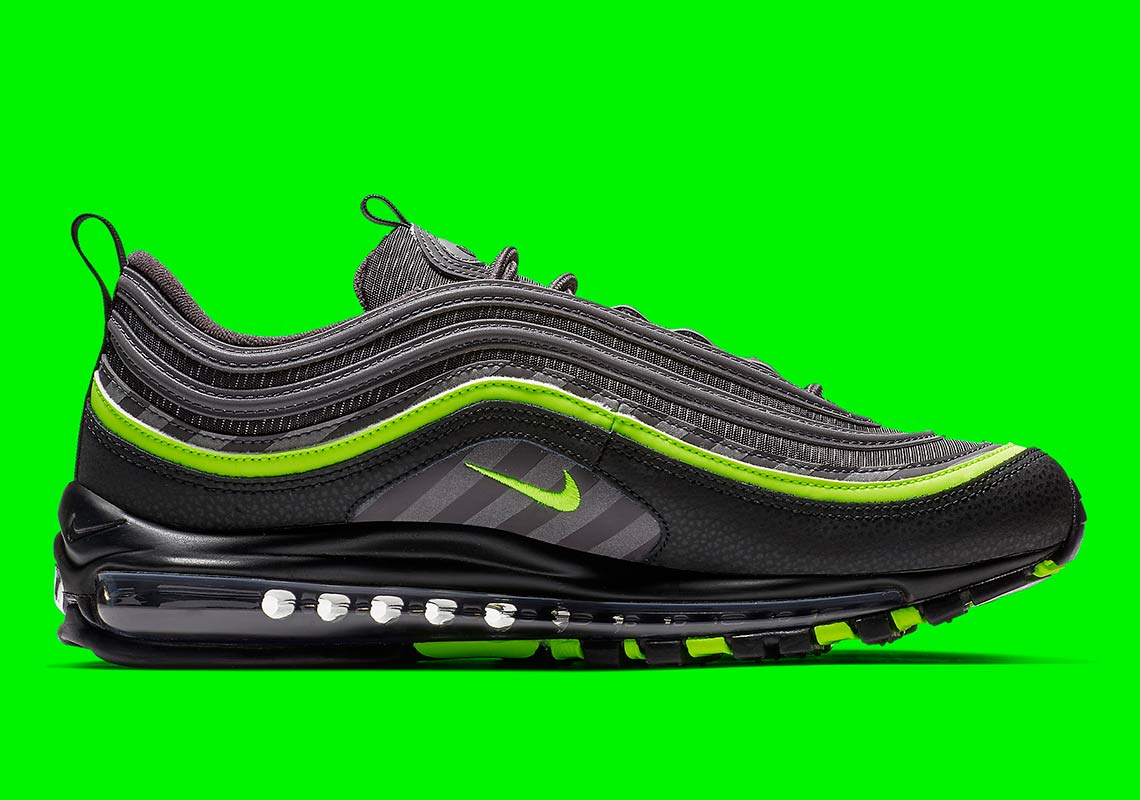 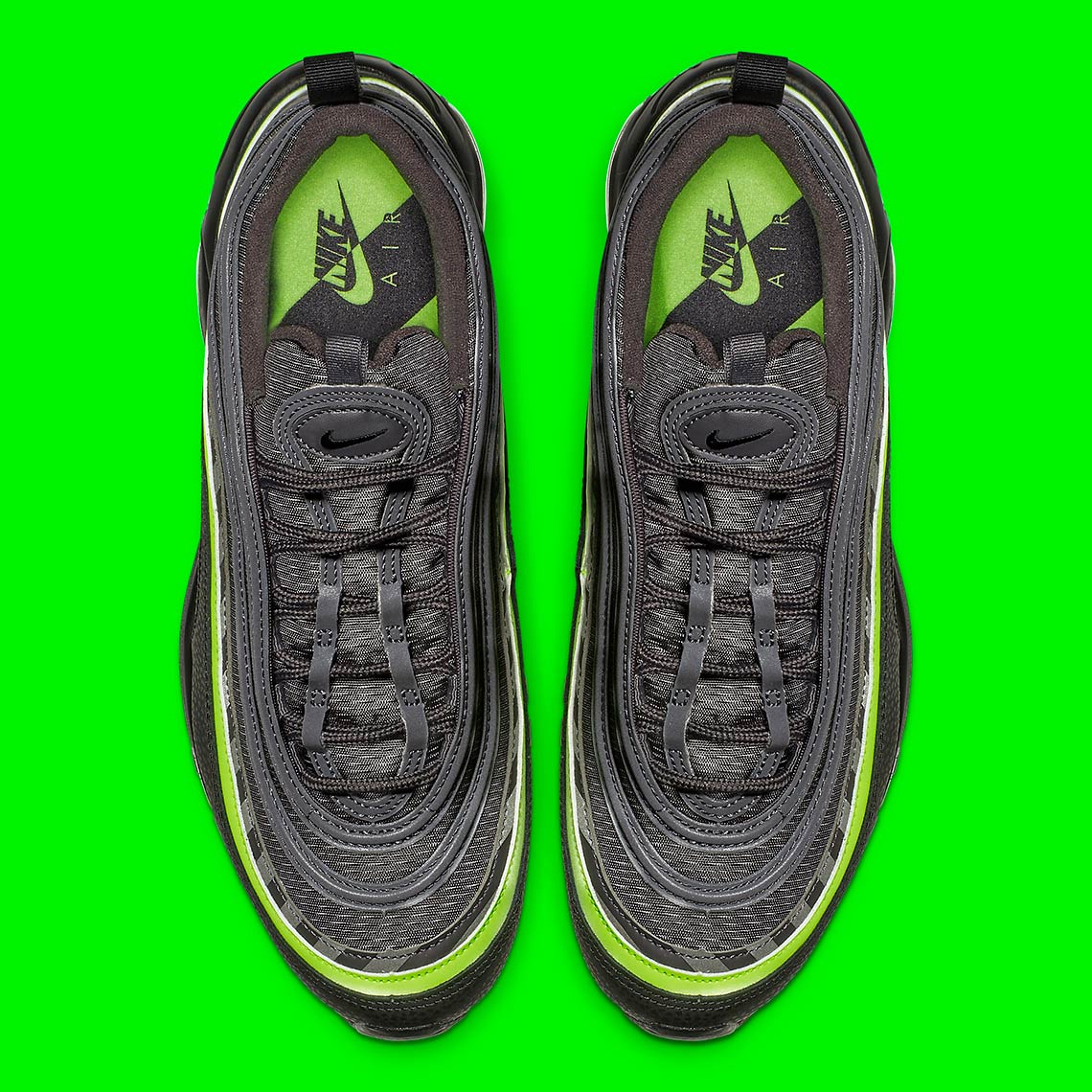 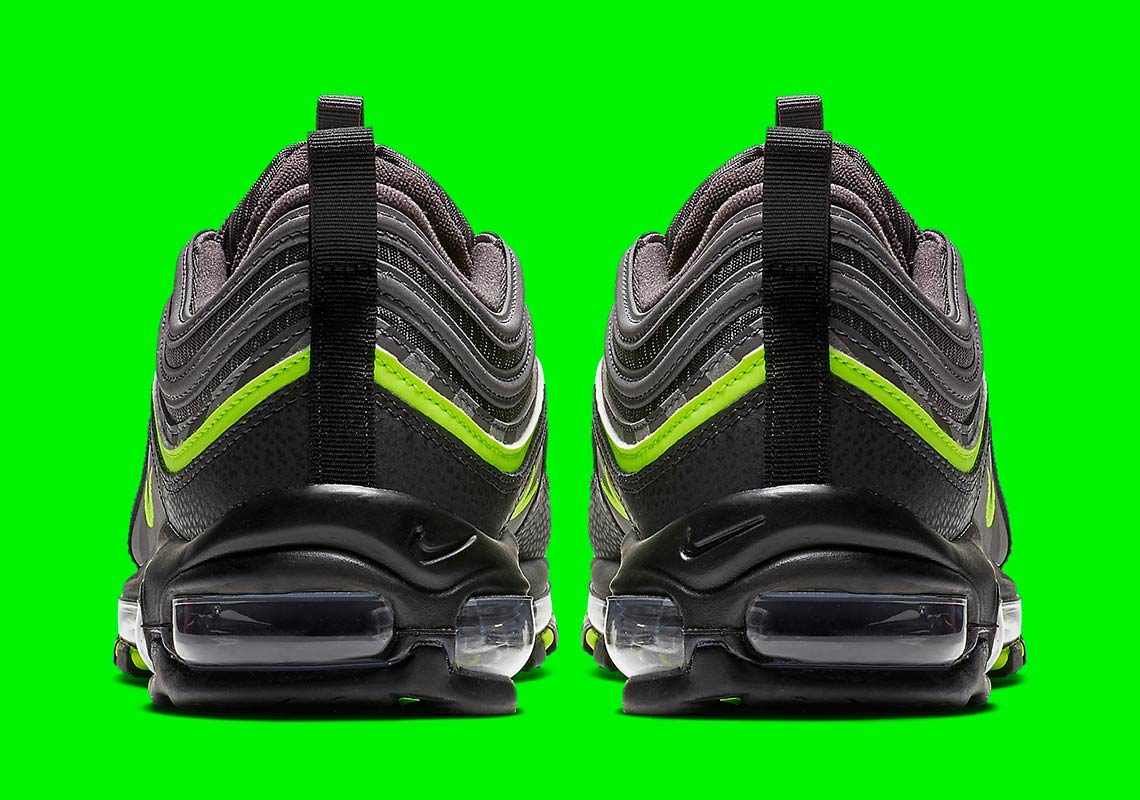 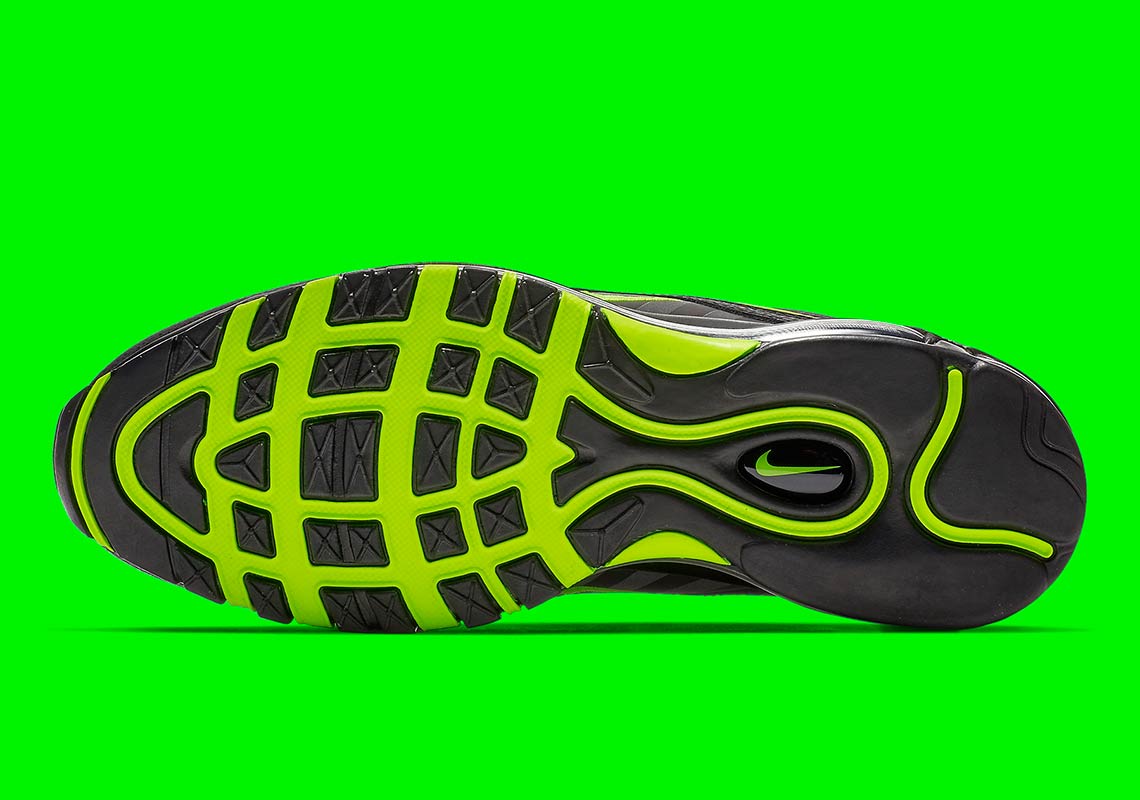