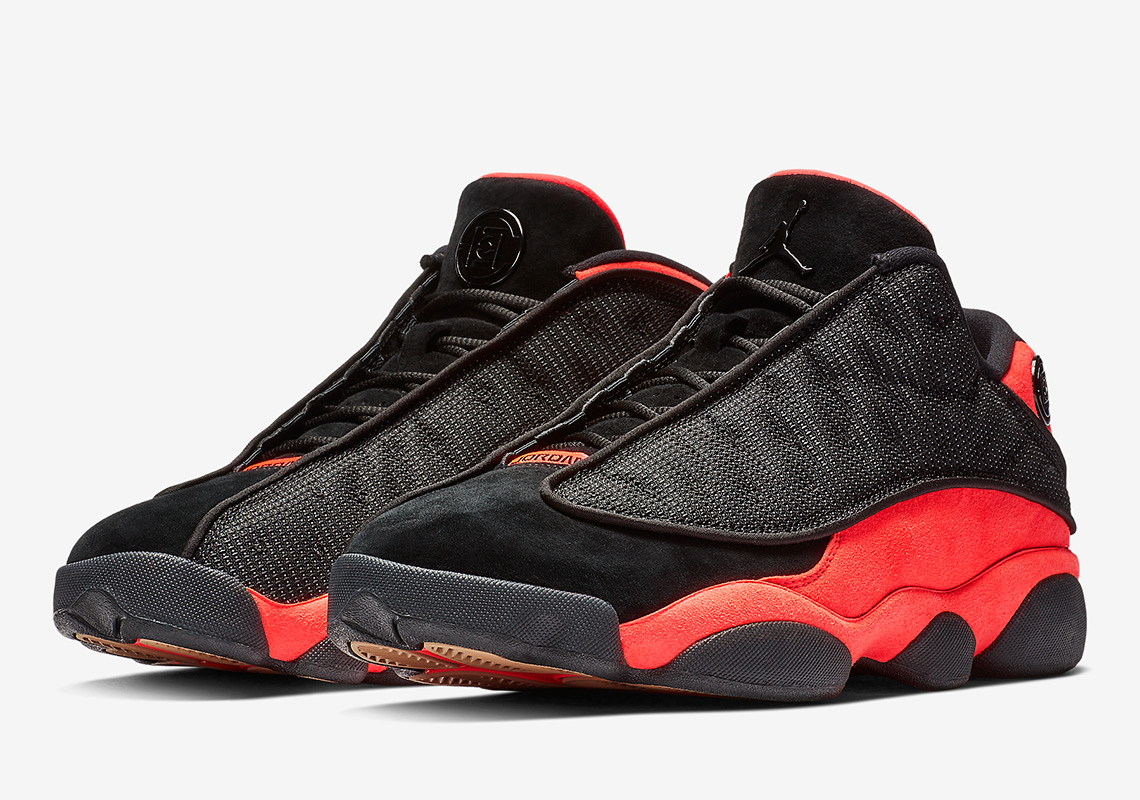 CLOT‘s terracotta warrior-inspired Air Jordan 13 Low is one of the most unusual collaborative releases of the year, with Edison Chen’s brand calling upon its Chinese heritage to create a special look that’s both historic and high-end. Now, it appears that the two collaborative partners have actually created a duo of special AJ13 Lows — and the second pair features a look that’s much more conventionally Jordan with its combo of black and infrared. The shoe’s upper utilizes a mix of black suede and reflective black mesh, while balmy infrared accents appear on the midfoot, midsole, heel, and tongue lining to provide bold dashes of color. Similar to the first release, each shoe then features both CLOT and Jordan branded hits, with the left shoe offering a metal Jumpman on the tongue/a CLOT logo on the heel, while the right shoe opts for the inverse, placing the CLOT logo on the tongue and moving the Jumpman to the rear. For a special finishing touch, CLOT logos also grace the gold/red outsoles. These special yet familiar 13 Lows — dubbed affectionately as “INFRA-BRED” — were said to be a friends and family only pair, but Clot has officially announced their release for December 22nd on Juice Store’s online and in-store channels. 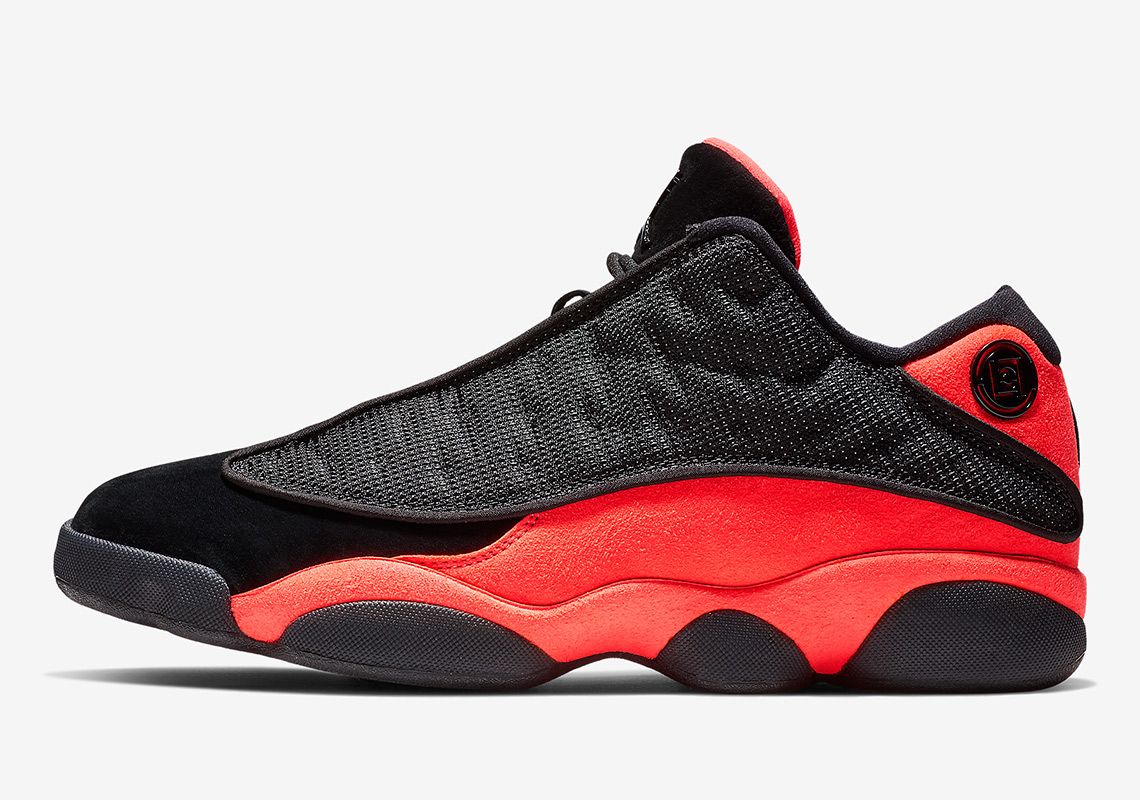 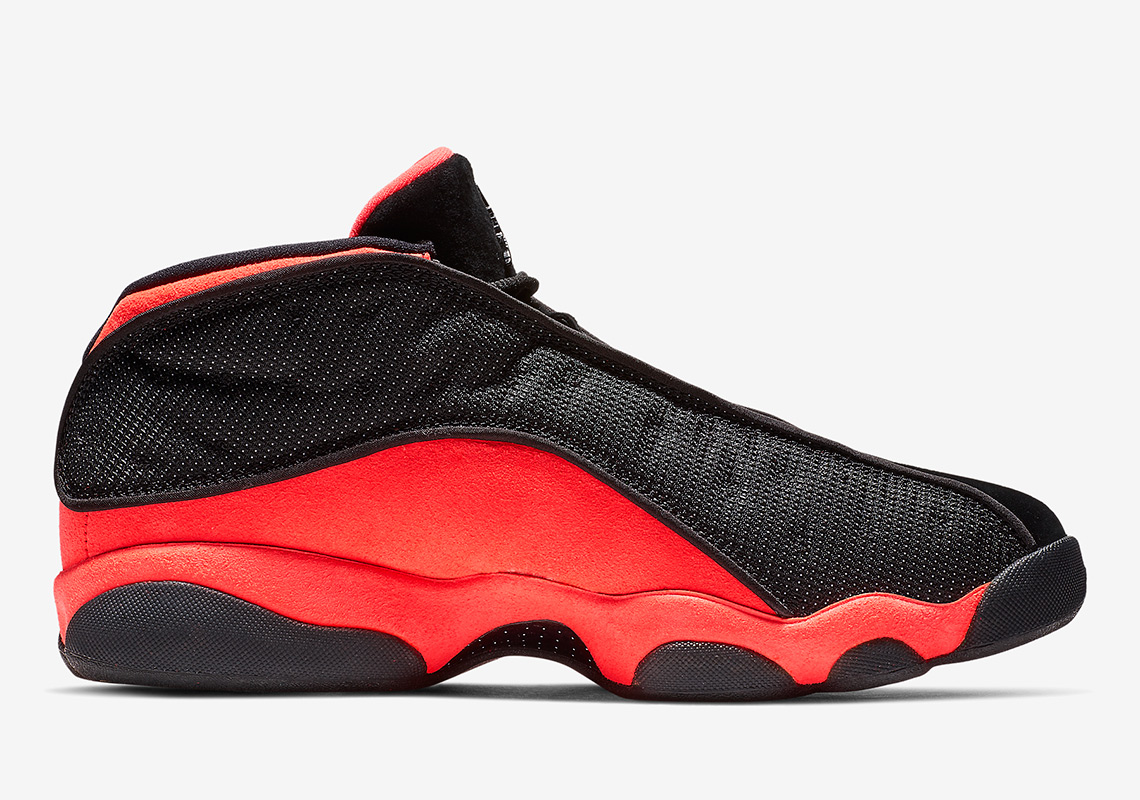 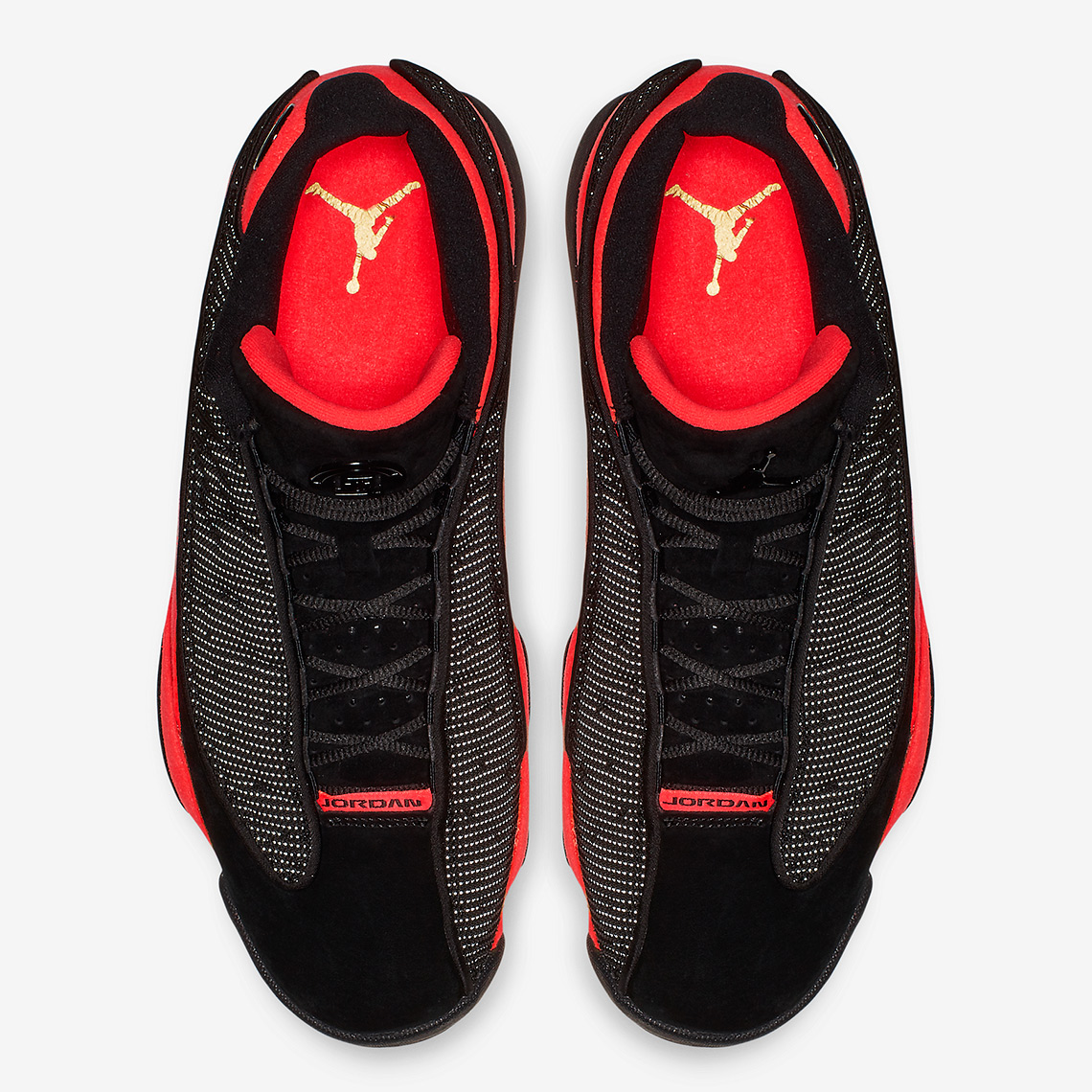 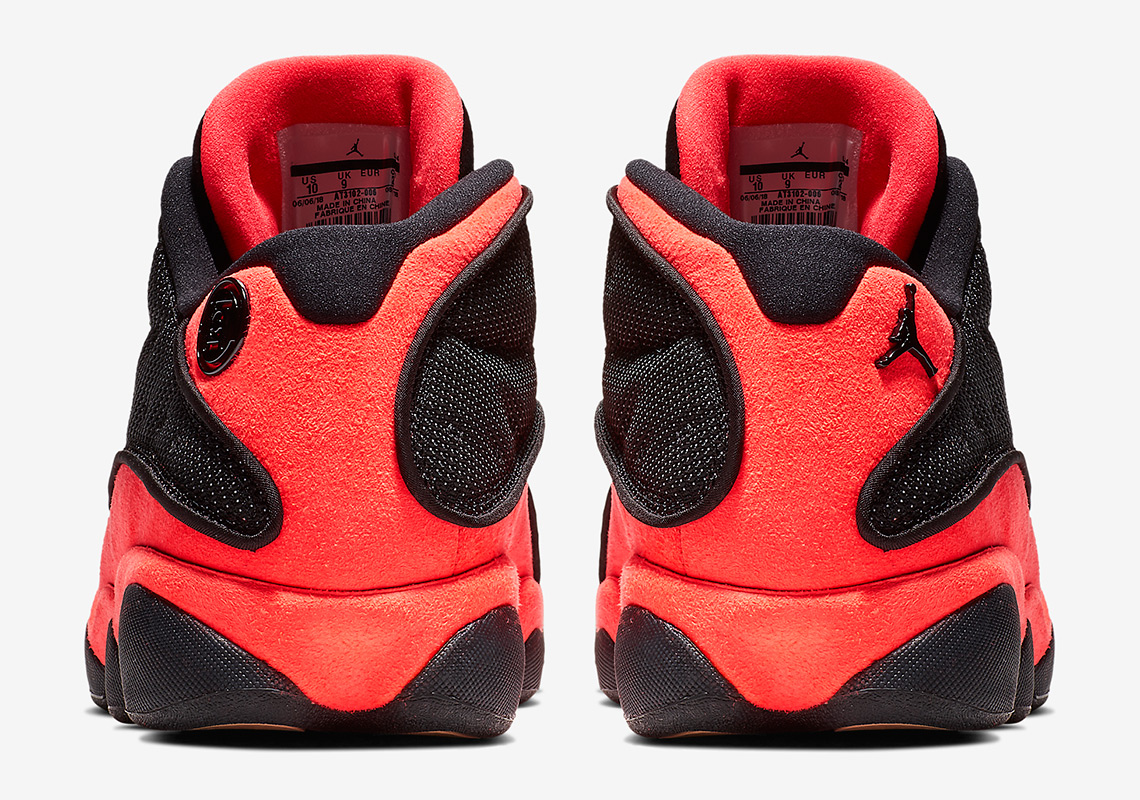 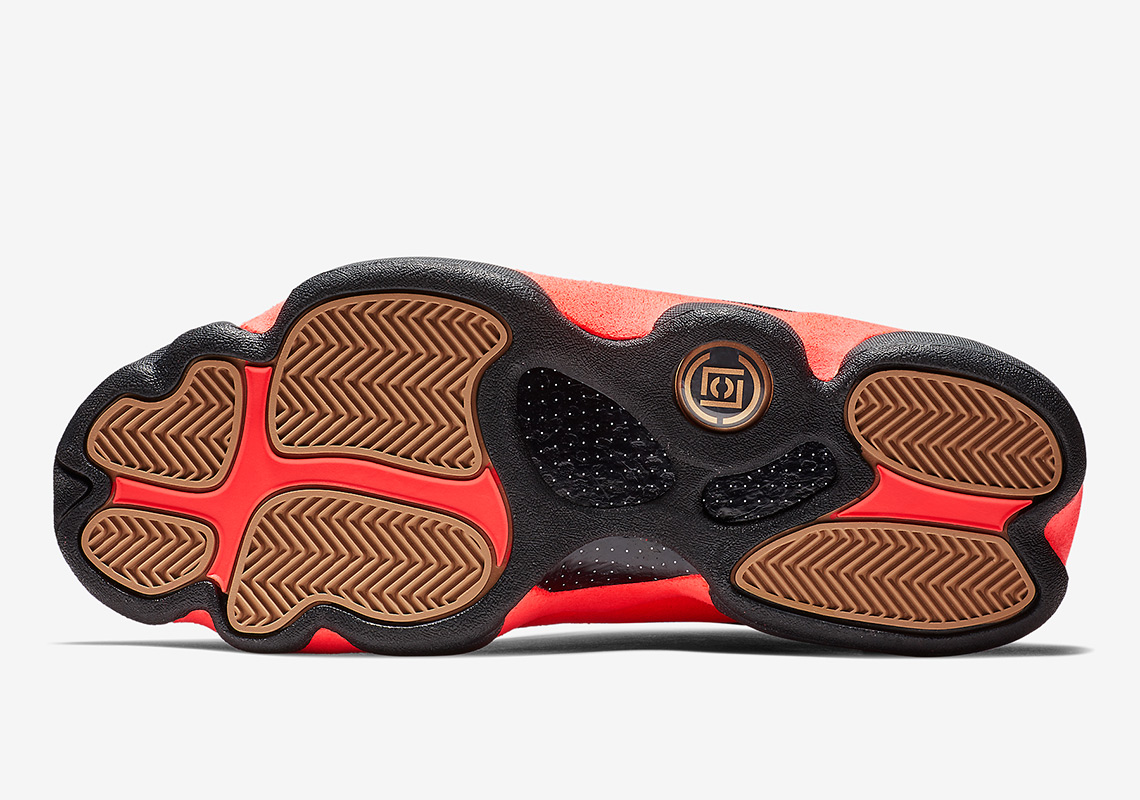