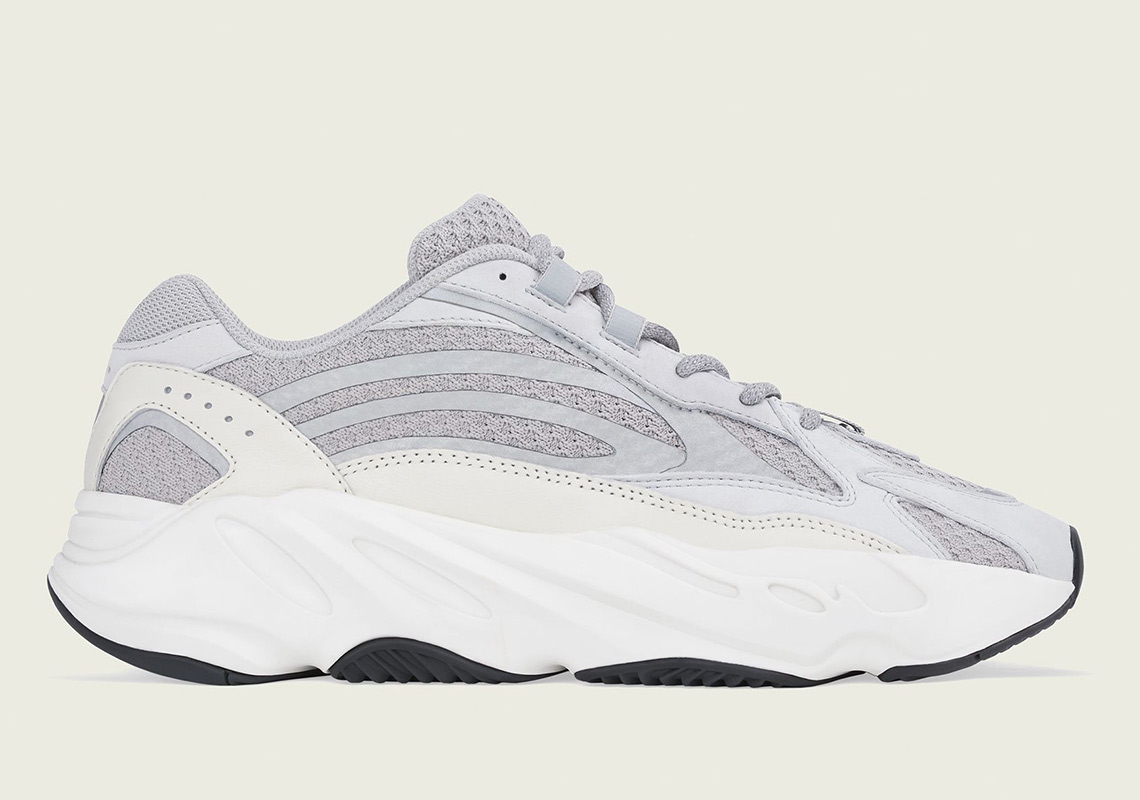 Kanye West’s upcoming “Static” aesthetic is on pace to adorn three different releases, two versions of the adidas Yeezy Boost 350 v2 as well as helping debut the hotly-anticipated adidas Yeezy Boost 700 v2 silhouette. Currently scheduled to release on December 29th, these Static-colored 700s will be the final adidas Yeezy release of 2018, a year that completely changed the landscape of the revered brand. In an effort to fulfill Ye’s promise of making his sneakers more available to the masses, we have seen a number of elusive colorways return to shelves in larger quantities as well as a myriad of new looks on his finely-crafted array of models. This particular upcoming drop boasts a combination of grey hues atop the re-worked upper of this v2 model while still equipping the same Boost-filled chunky midsole that helped the 700 silhouette rise to the top of the trendy dad shoe market. While the Yeezy 700 v2 does boast slight deviations from its original predecessor, it still clearly comes ripe with design language that keep its firmly connected to the enigmatic multi-hyphenates design ethos. Enjoy an official look at the first of three Static-flavored drops below and stay tuned for more. 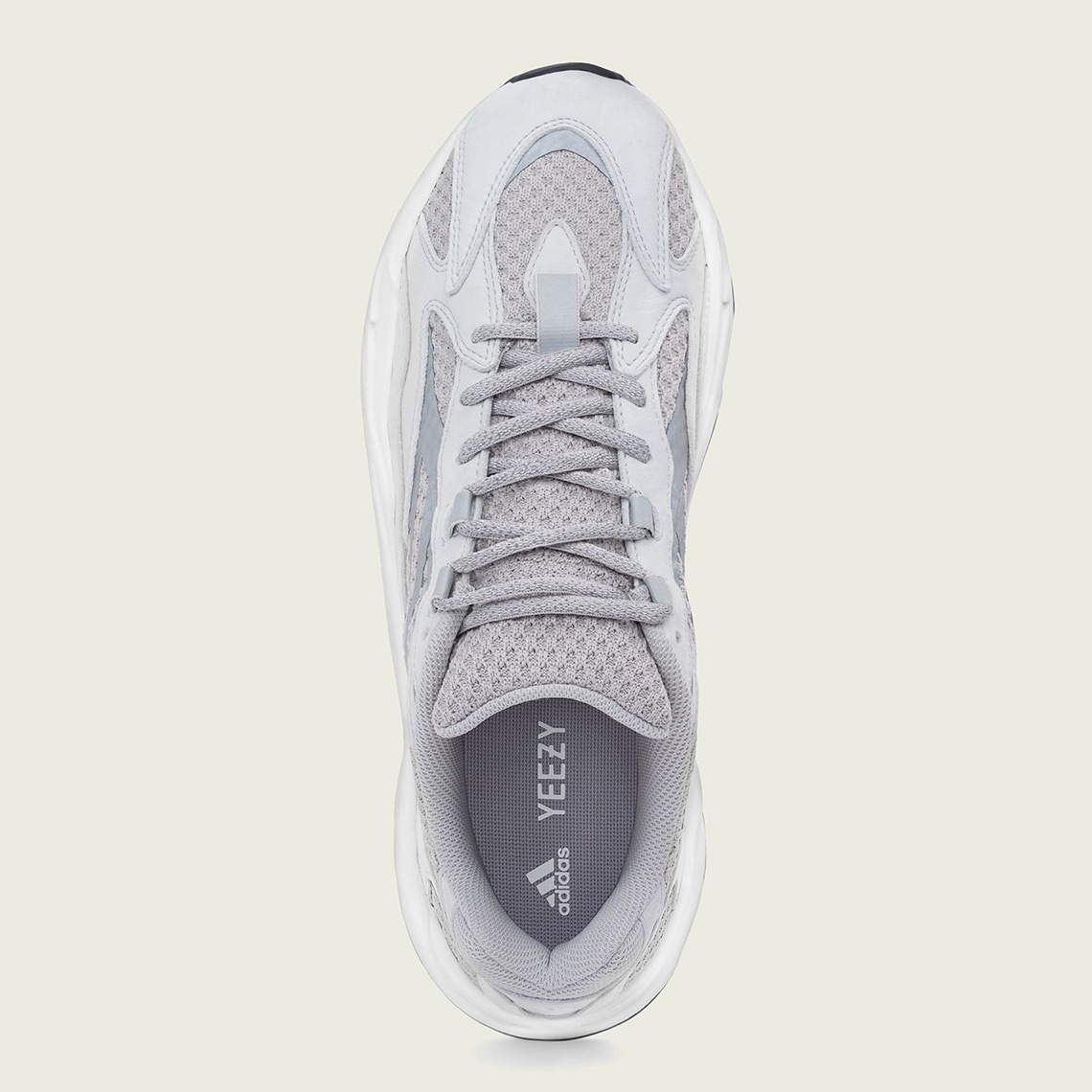 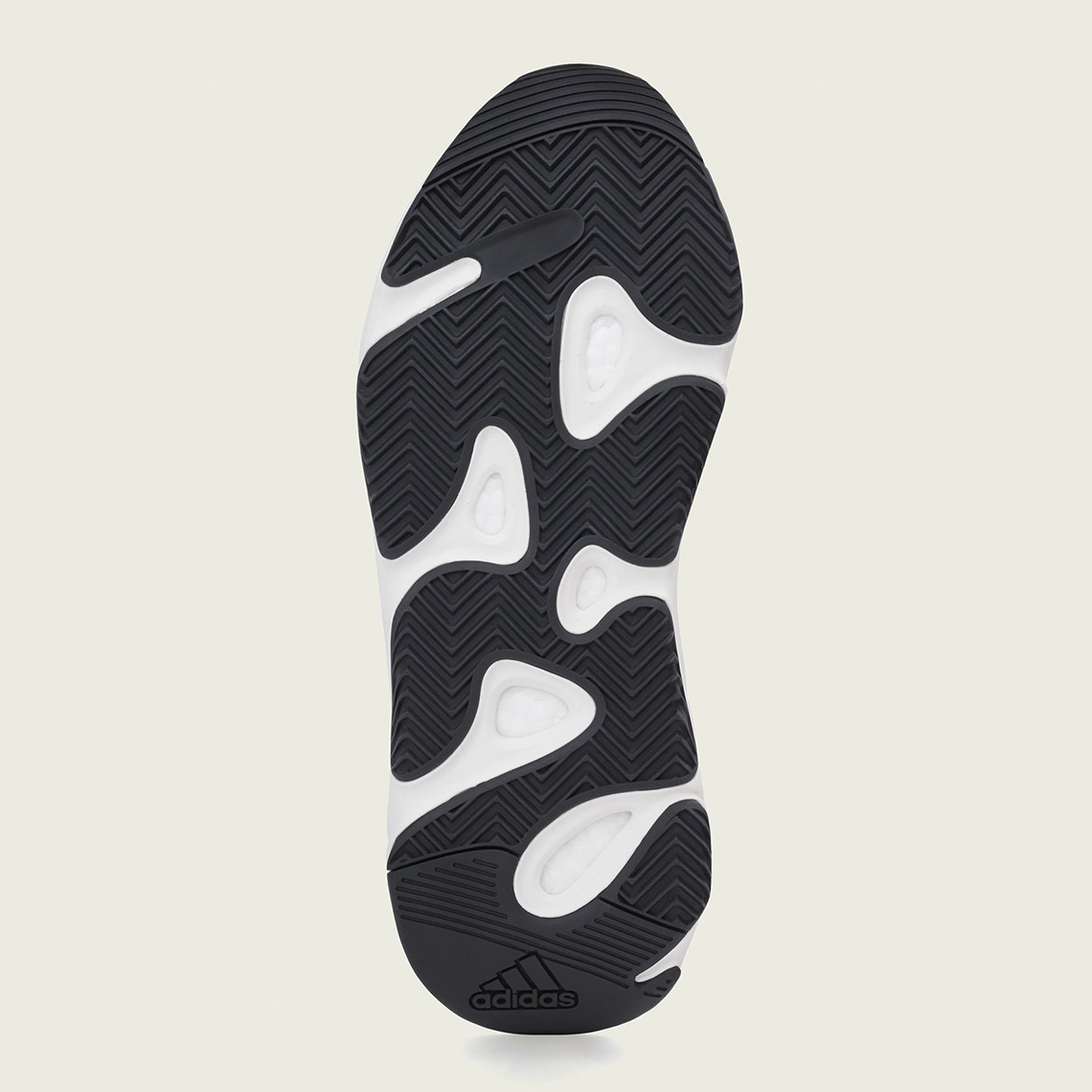