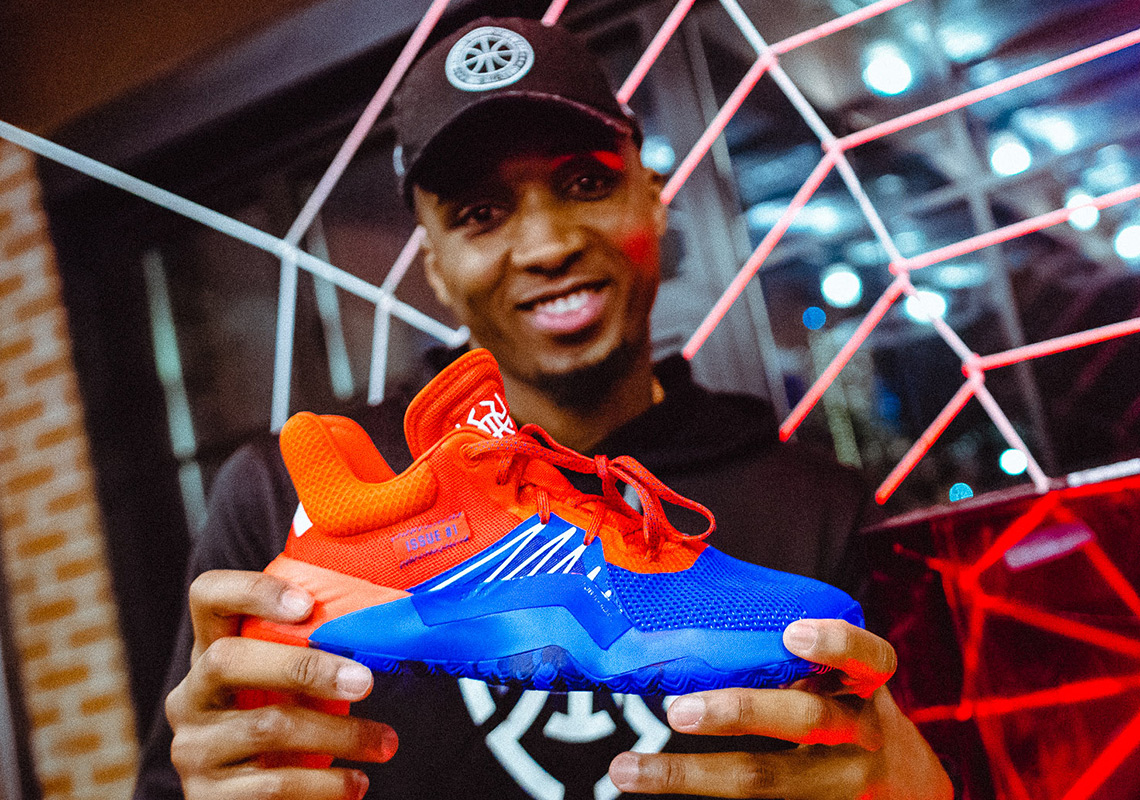 Coming off of a stellar rookie campaign in which many people thought he was robbed of the Rookie Of The Year trophy by Ben Simmons, Donovan Mitchell and adidas are ready to unveil the Jazz guard’s first signature sneaker. Affectionately titled the adidas D.O.N. Issue #1, its monicker stands for Determination Ove Negativity, and plays off of his Spida Mitchell nickname by borrowing its #1 from comic book lore. To help roll out the first colorway of the Three Stripe’s newest signature sneaker, Mitchell aimed to disrupt the traditional sneaker unveiling with help from aspiring sportswriters at Greenwich Country Day School in Connecticut – his alma mater. Rory Ashmeade and Blaise New met with Spida and his family in New York City to see Mitchell’s initial reaction to his sneaker being unveiled for the first time.

“My message with this shoe is that it’s for kids not only your age, but younger than you guys, older than you guys, just [for those who] believe that they can do anything,” Mitchell said. “You don’t have to be the number one recruit, you don’t even have to be a basketball player. I just want this to send a positive message to make kids feel inspired that they can be what they want to be.”

Adding that the future all-star never thought having his own line of sneakers was a realistic thought, he now joins a growing adidas Basketball family that includes the likes of James Harden and Damian Lillard. Aesthetically, the first D.O.N. sneaker features the colors of everyone’s favorite neighborhood Spider-Man, a newly designed signature spider logo on its tongue, and a bold medial Three Stripe hit. Aiding in this model’s on-court function is an extra-thick ankle collar for support, exposed lace wire for lockdown, and a wide-designed sole unit for extra durability. At the moment pairs are expected to release at retailers in 2019, so grab a first look below and stay tuned for more information as we have it. 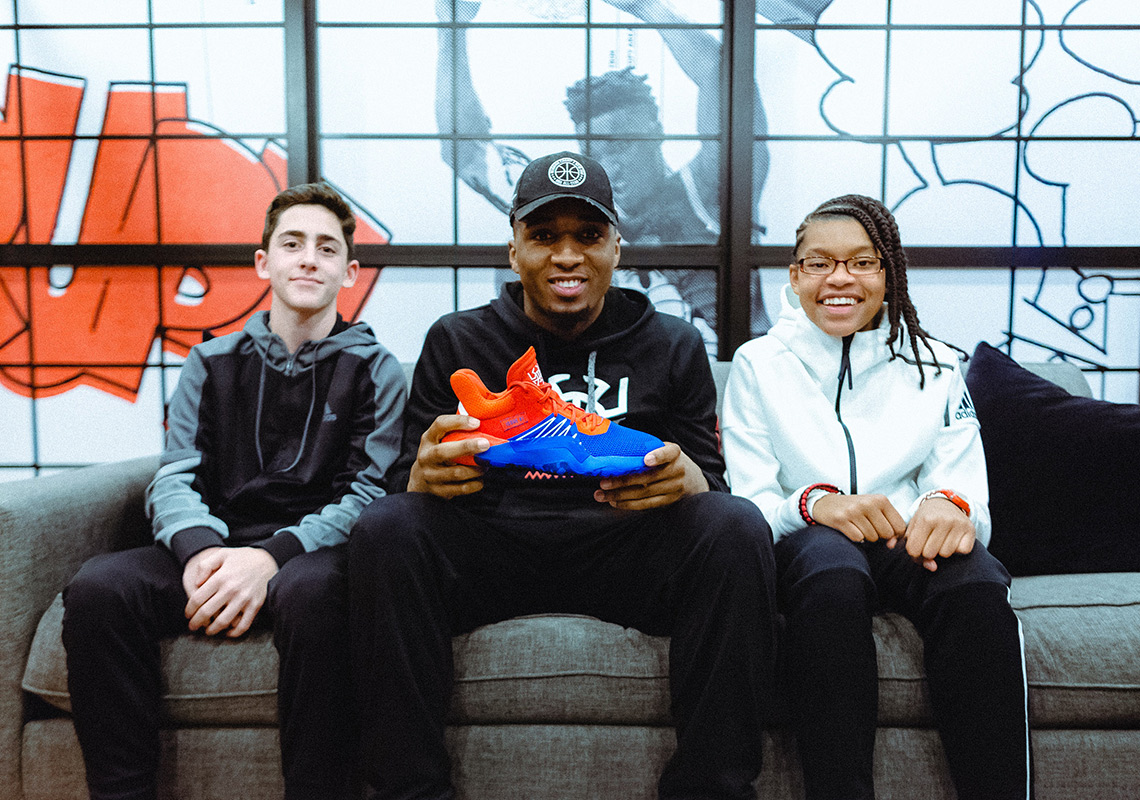 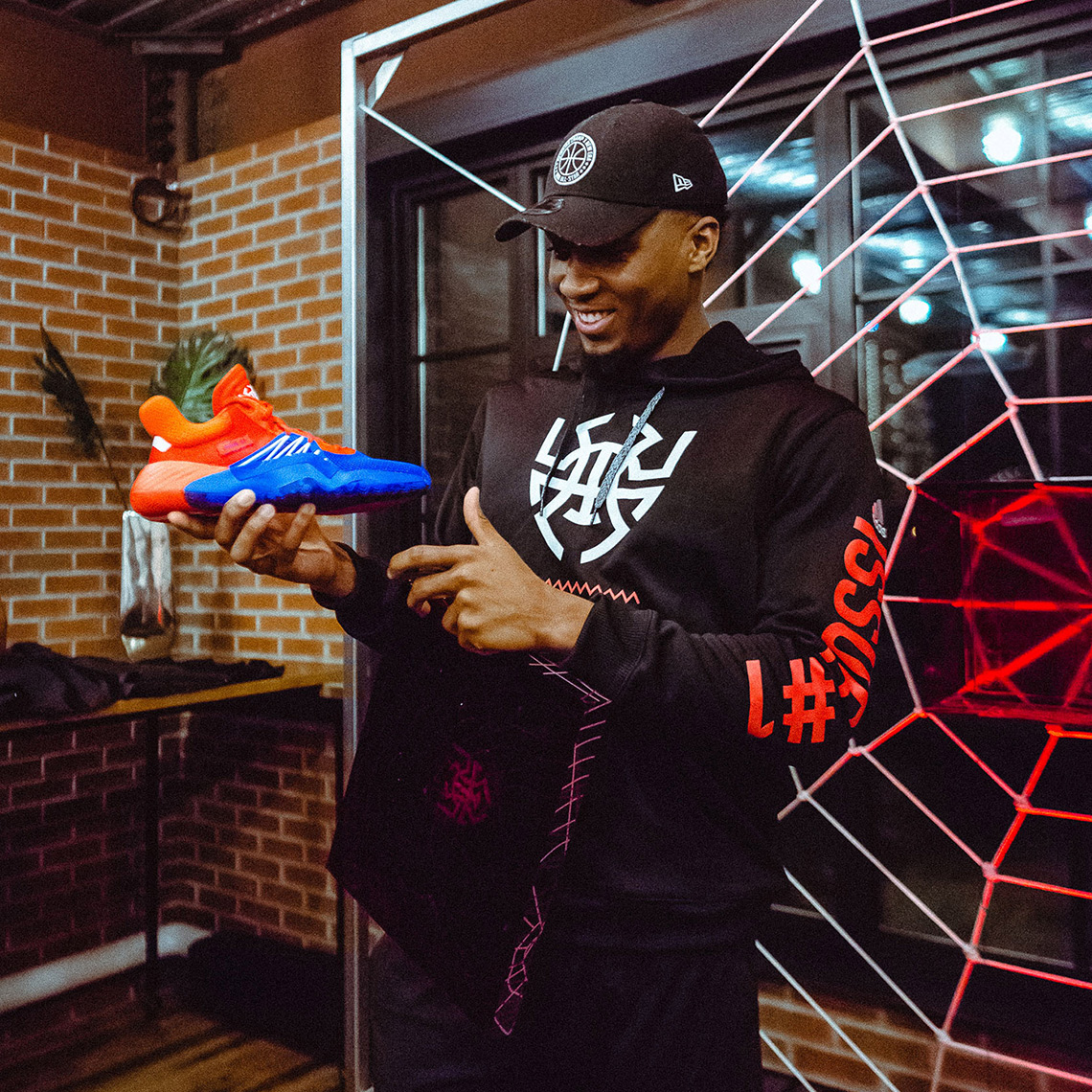 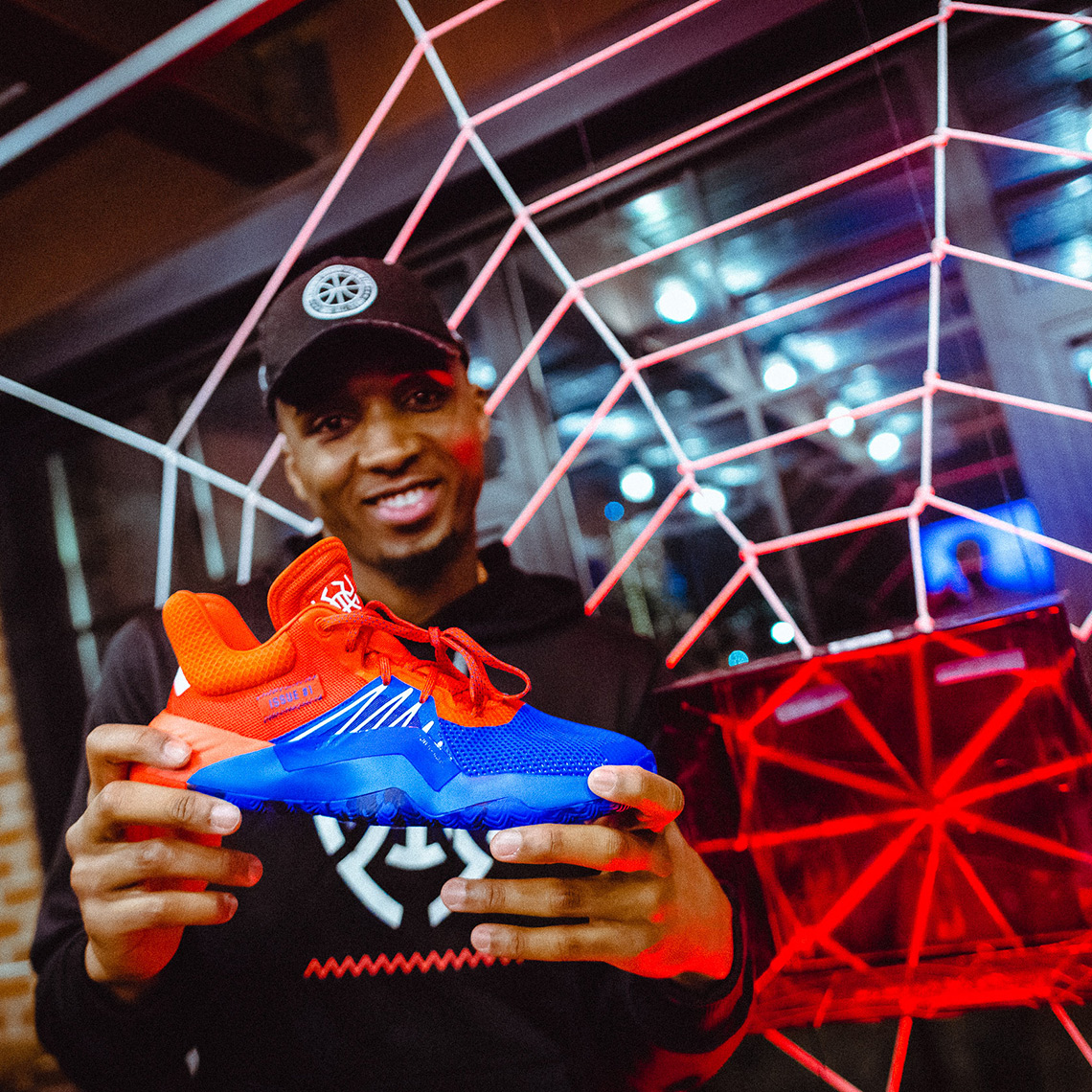 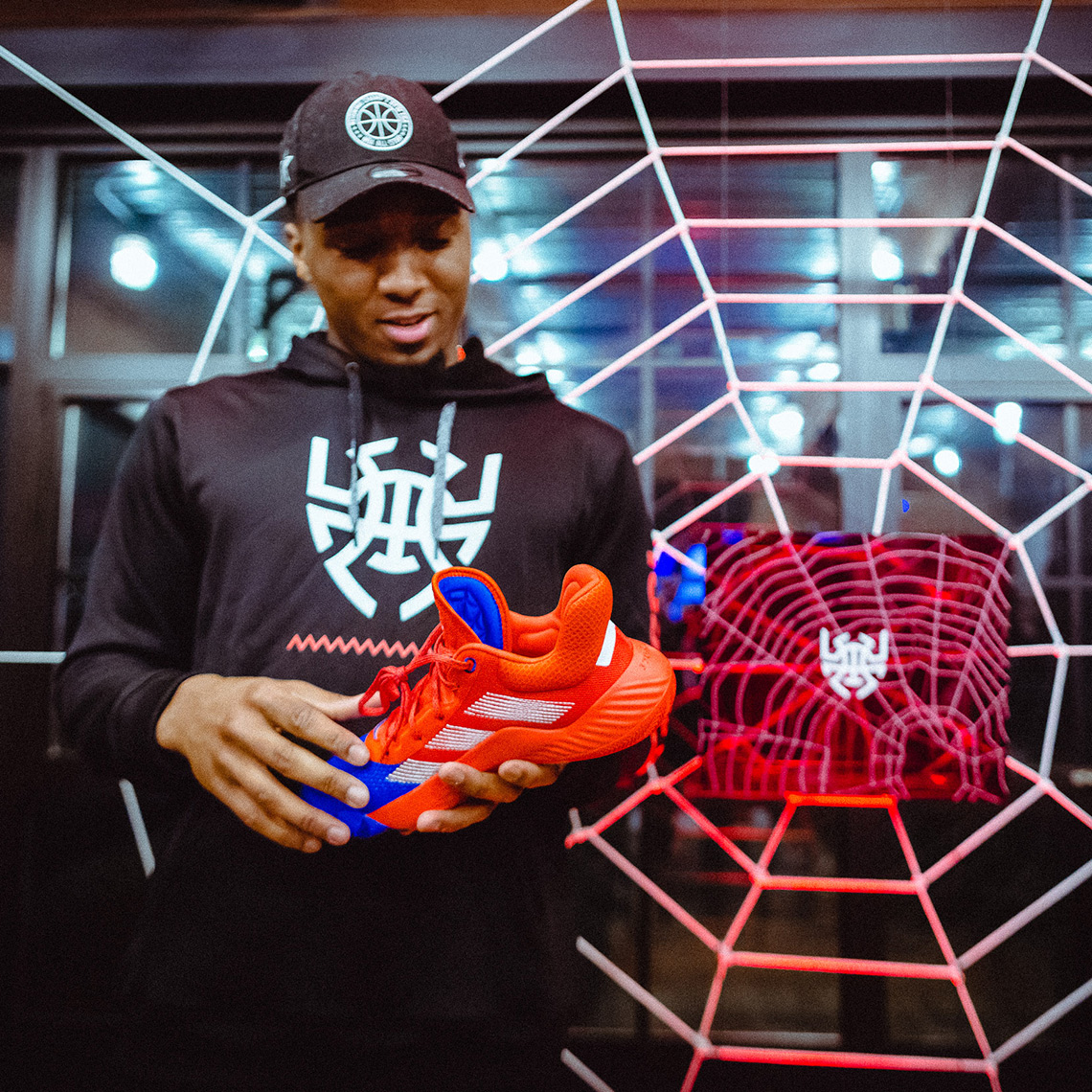 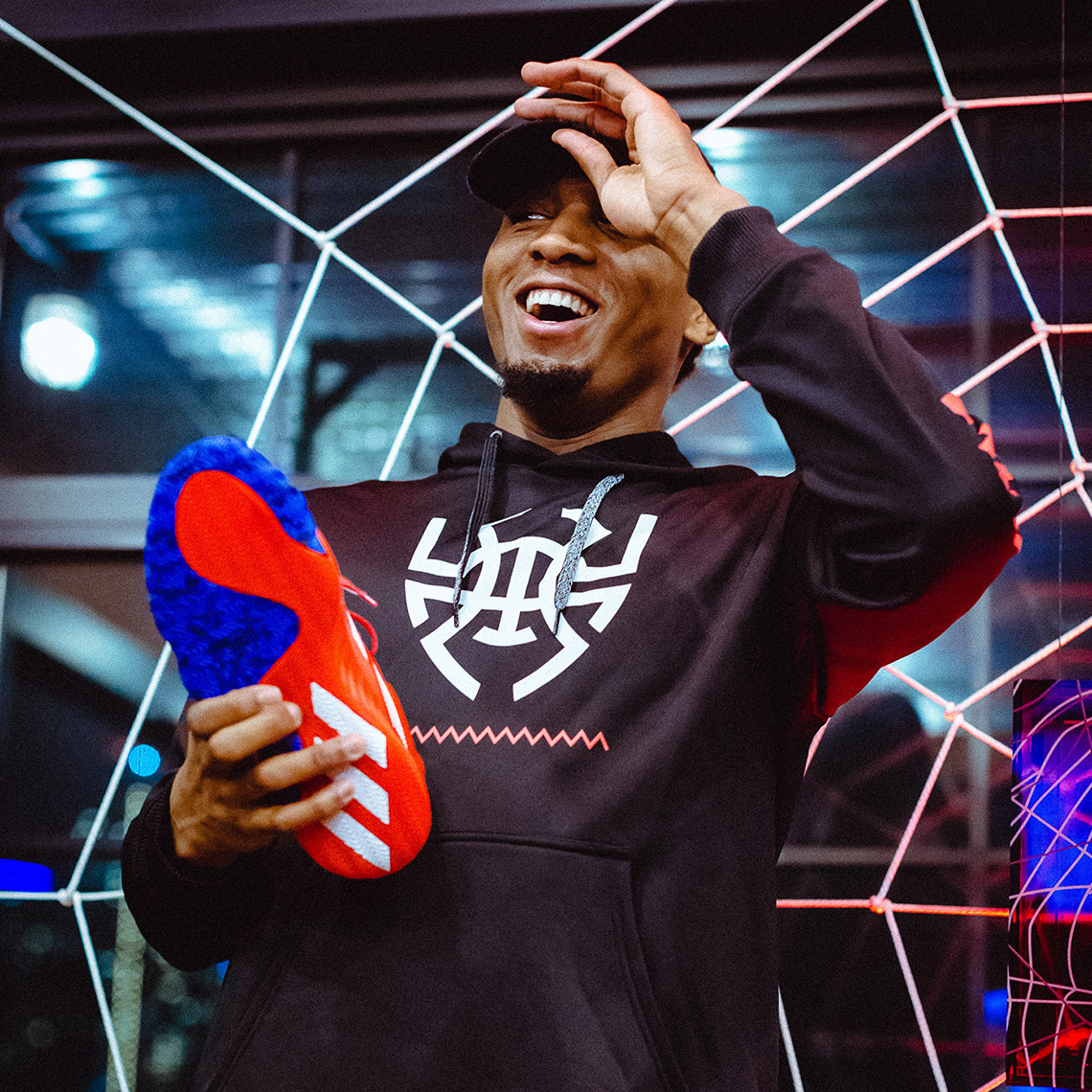 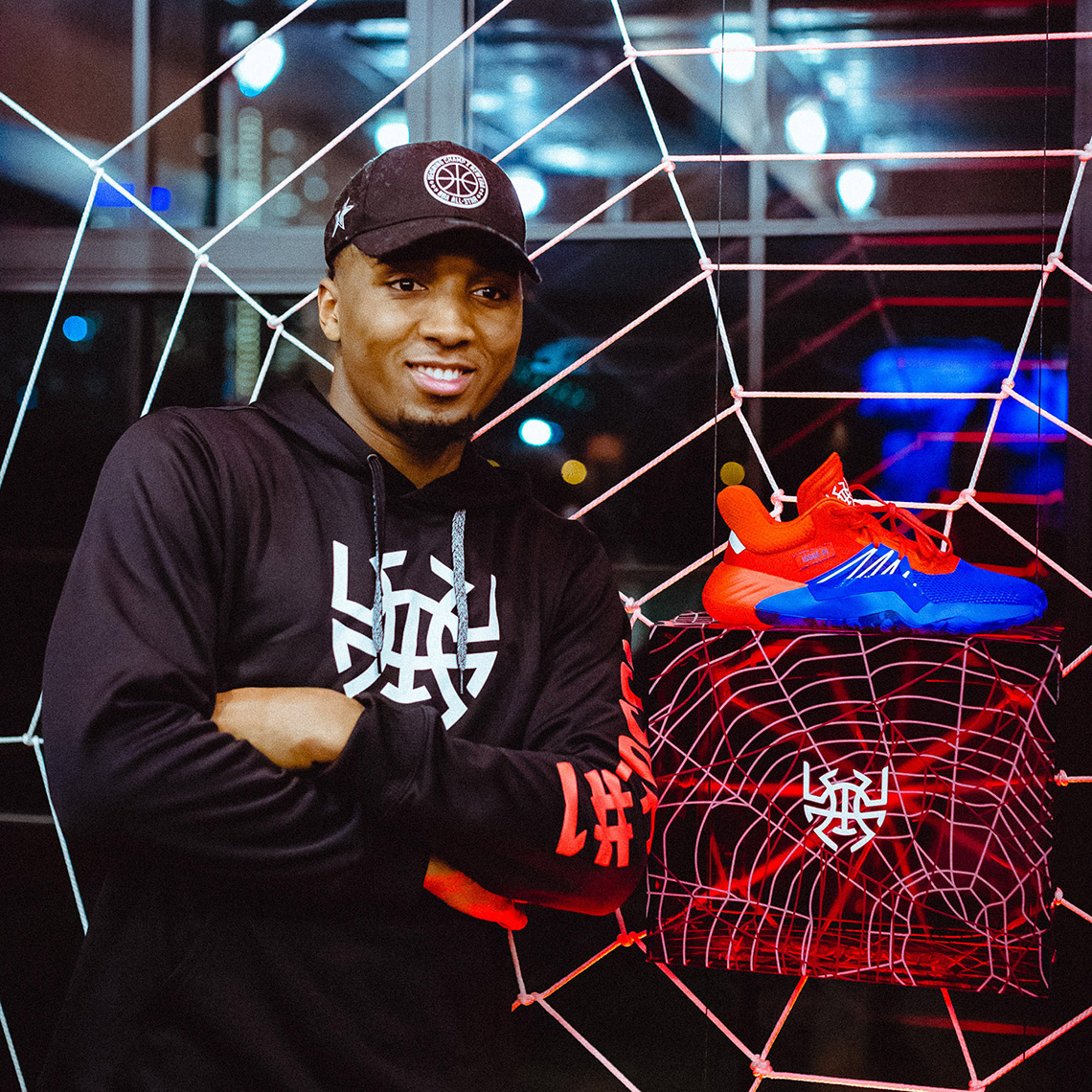