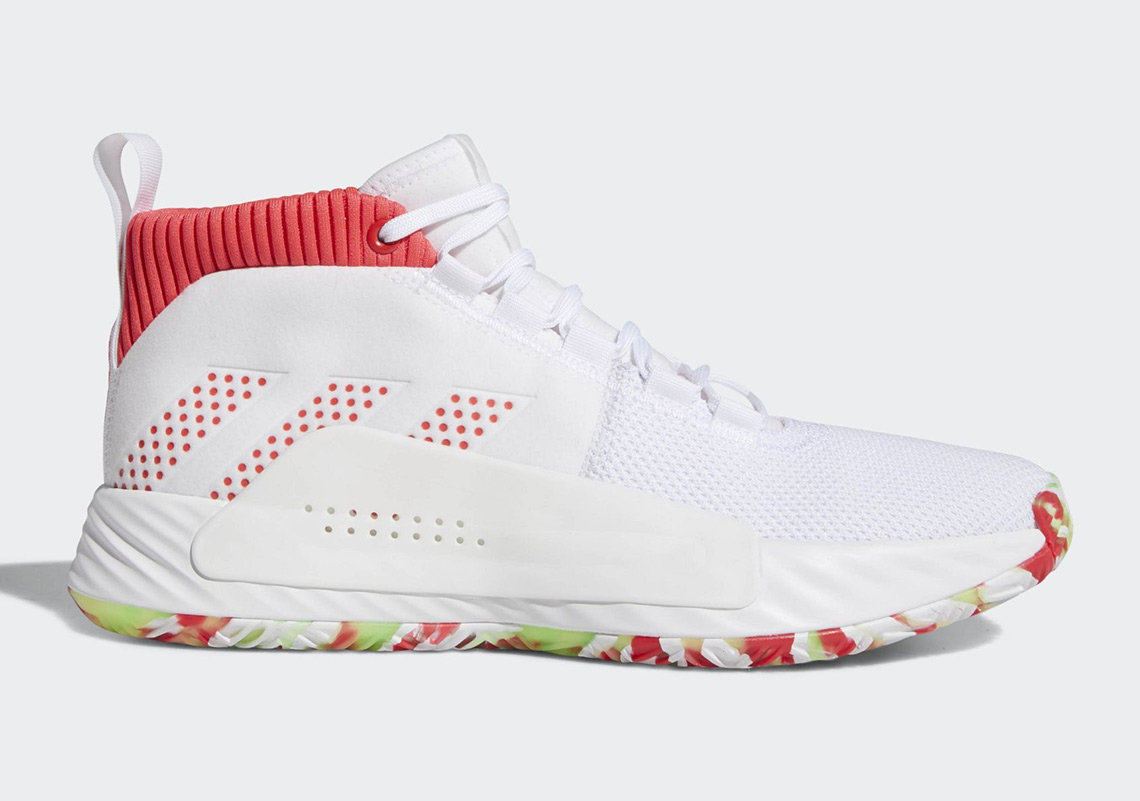 Damian Lillard is a man of many talents. From the months of October-April, Big Game Dame is the leader of the Portland Trail Blazers and one of the most talented point guards the NBA has to offer. During the off season, when Lillard isn’t training for the upcoming 82-game grind, he is one of the few superstar athletes that has been able to make the successful transition into the rap game, under his Dame D.O.L.L.A. alias. But one thing that the casual fan may not know about Dame is that he has a passion for rollerblading, and often hosts special events at roller rinks, much like his launch of the adidas Dame 4 “Glow in the Park” in November of 2017. Now, Lillard and the Three Stripes are set to release another four wheel-friendly sneaker by way of the adidas Dame 5 “All Skate” that comes equipped with colorful red an green soles. A bubbly “All Skate” heel hit adds flavor to this court-ready creation, while a red ankle collar and dotted Three Stripe hit color up the otherwise white-out upper. Fans of the Blazer guard’s signature line of sneakers can check out an official set of adidas images below and expect a release to go down in the coming months. 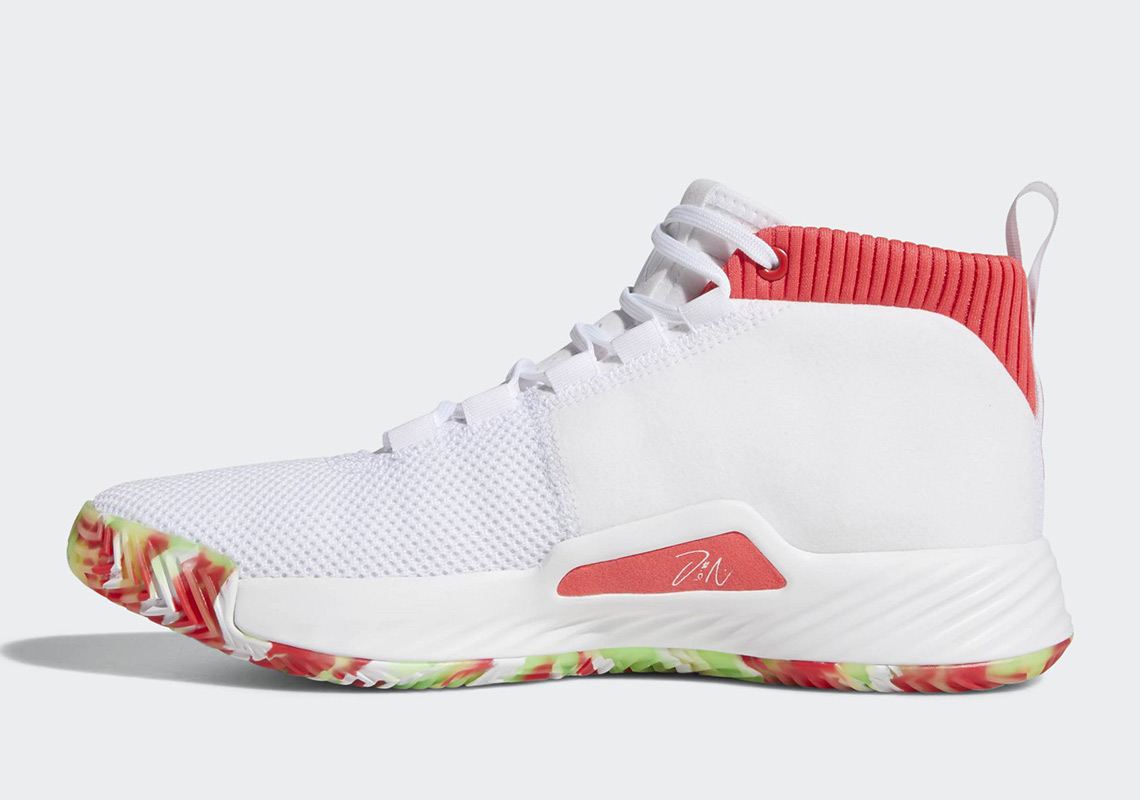 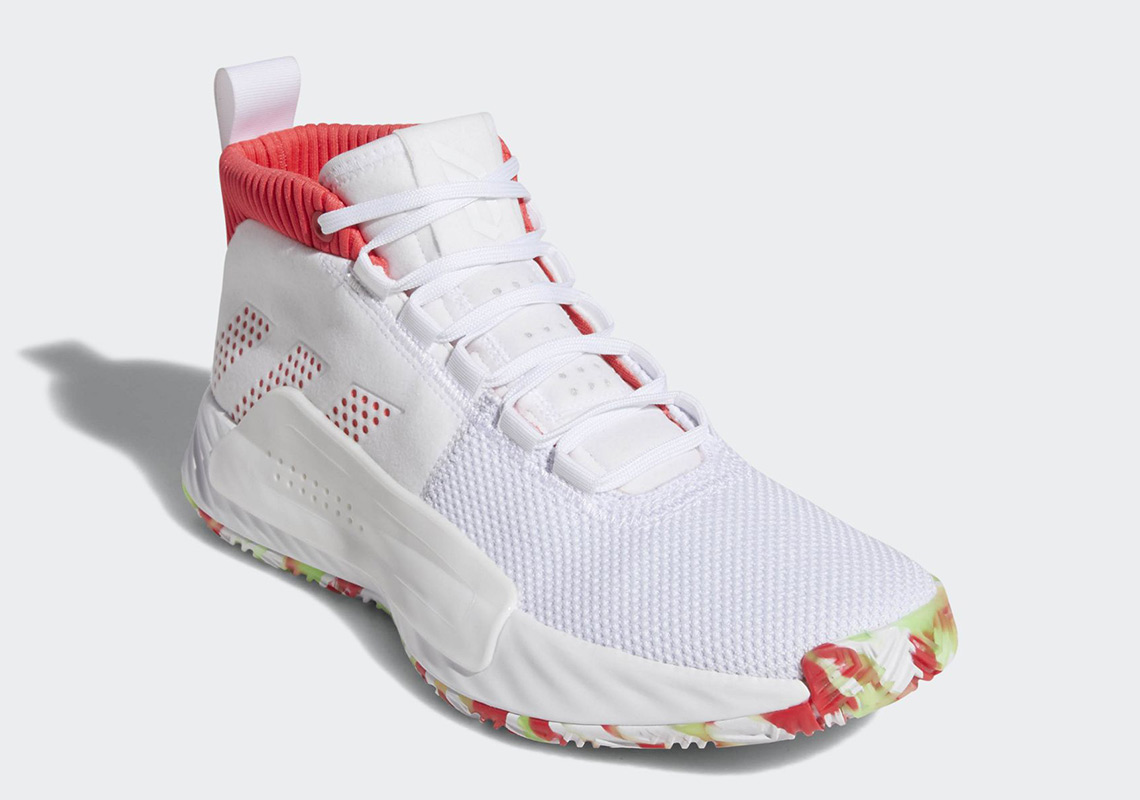 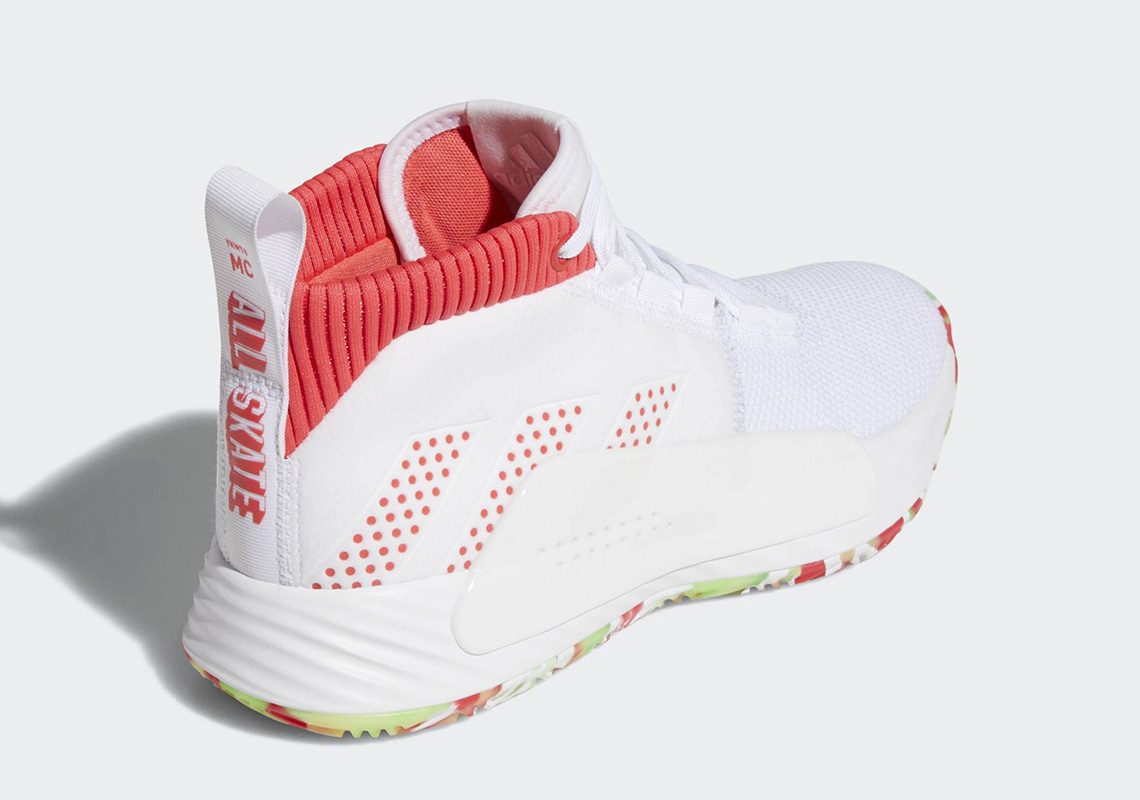 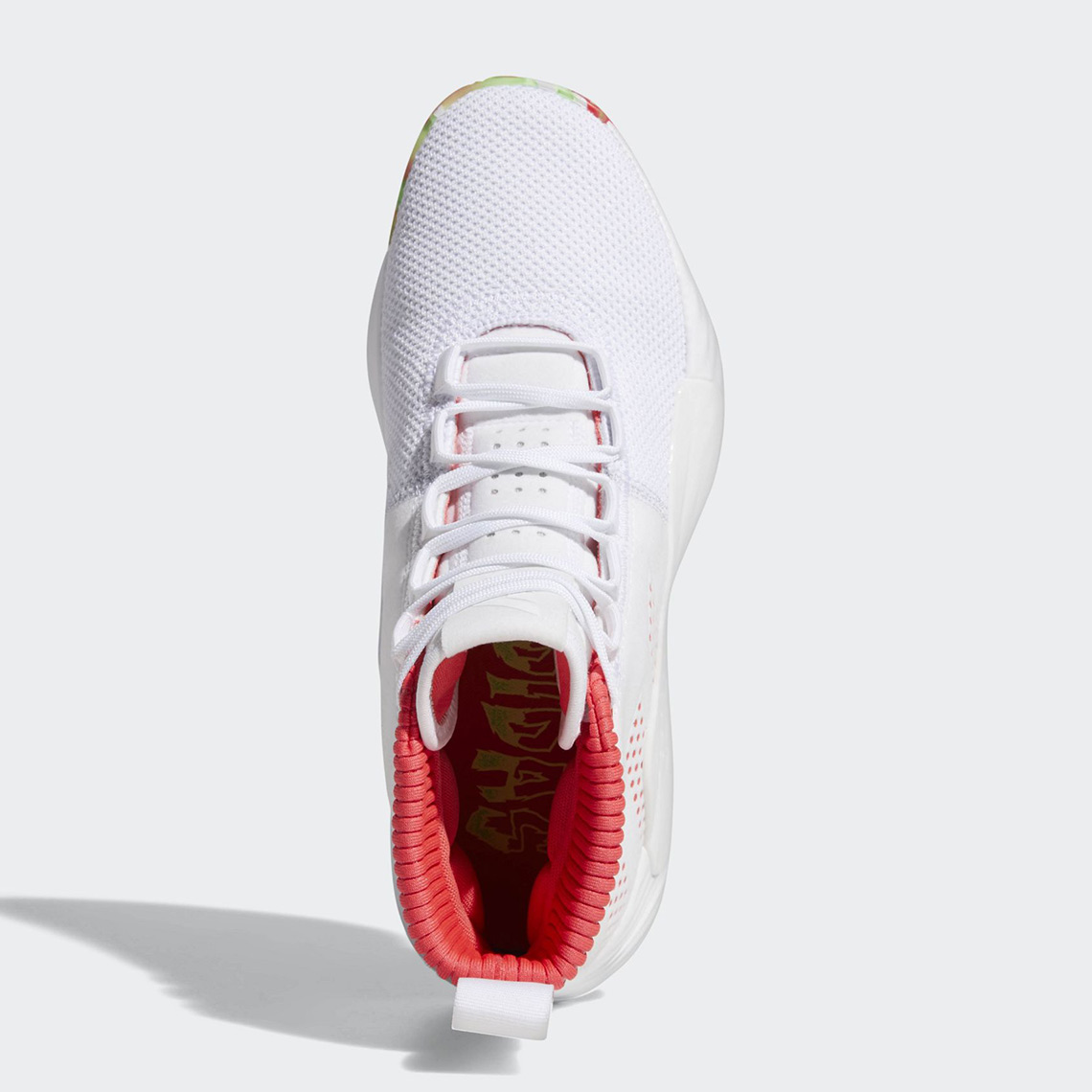 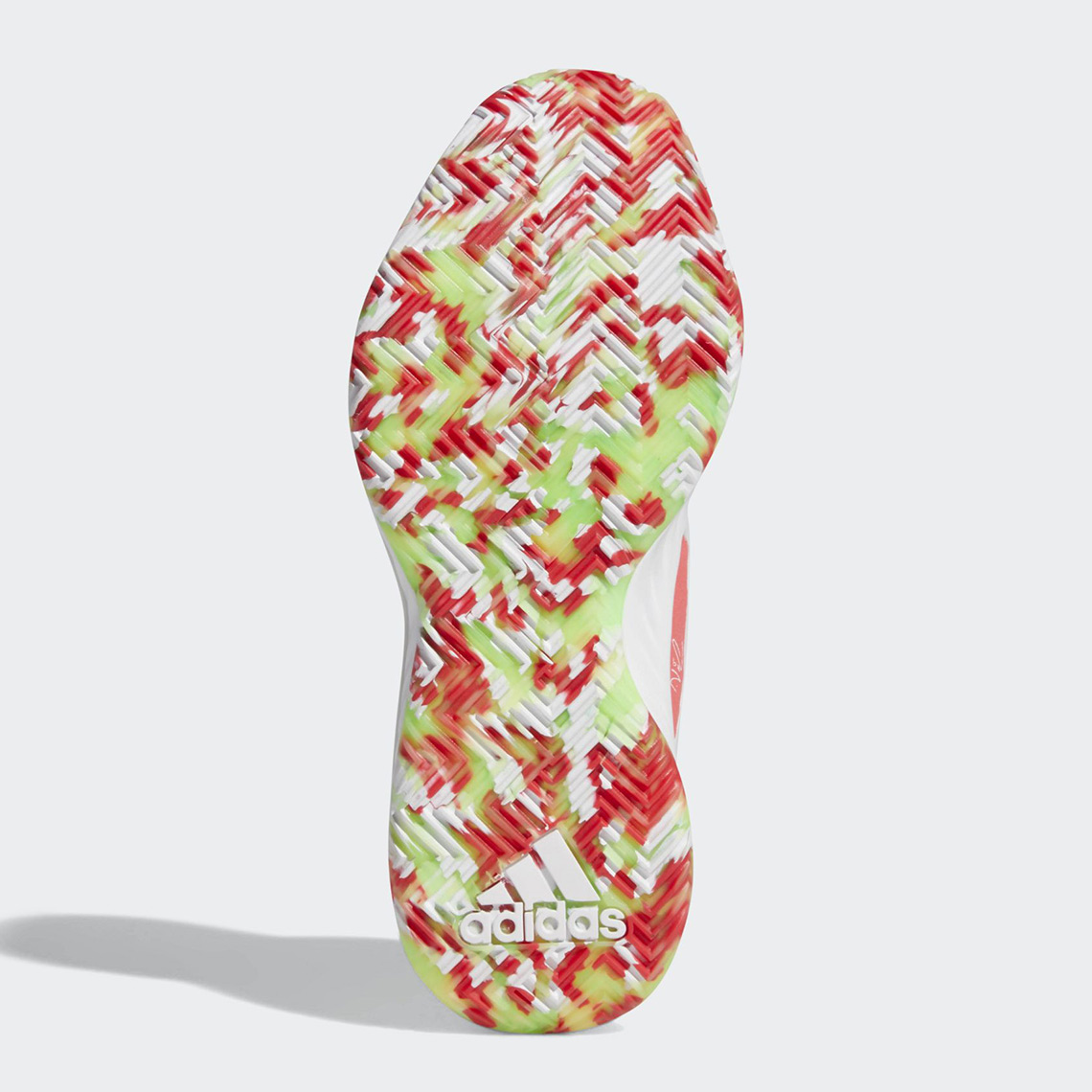