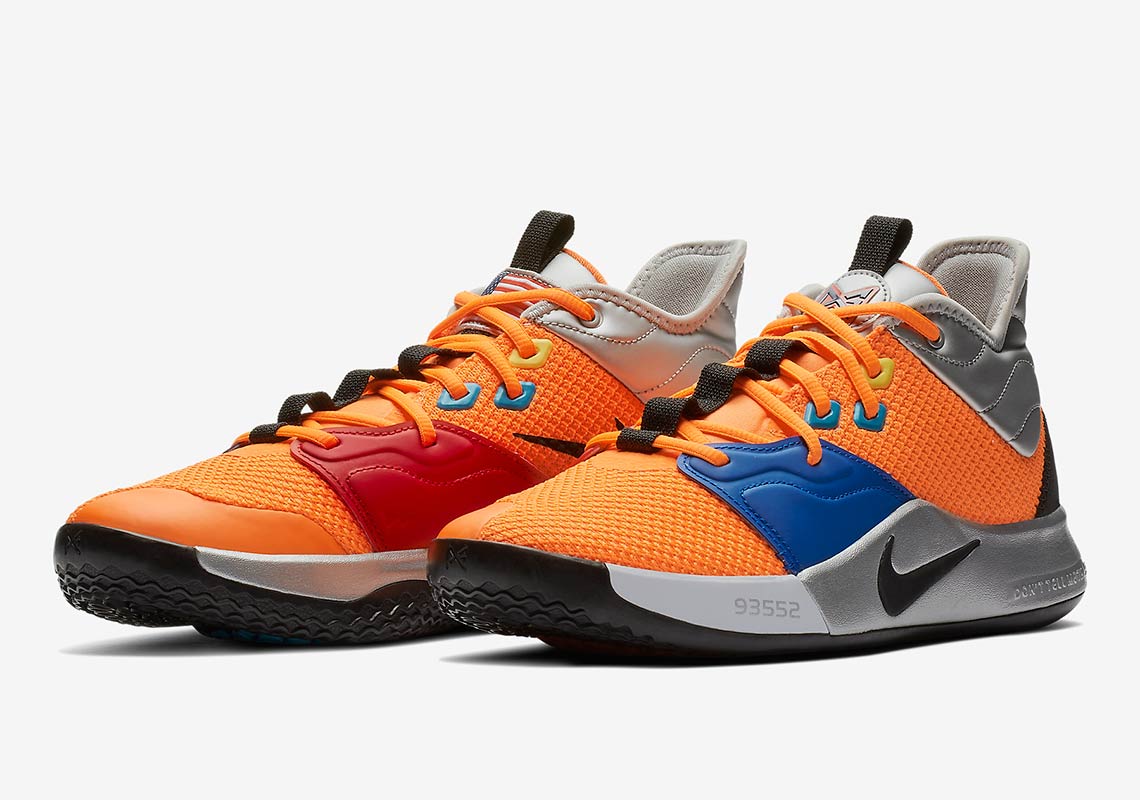 Paul George is absolutely on fire. The Oklahoma City Thunder small forward is playing at an MVP-caliber level, and, along with some help from Russell Westbrook, he’s got his team sitting at third place in an extremely competitive Western Conference. Things have certainly ramped up on the court for the Fresno State product, and now his signature Nike footwear is set to receive an invigorating jolt of adrenaline as well: the brand-new Nike PG 3 is set to drop in a NASA-inspired colorway January 26th. Featuring a combo of orange mesh with silver, red, and blue overlays, George’s new footwear certainly presents a space travel-ready aesthetic — one that’s furthered even more by the American flag branding on the right tongue, heel/insole NASA badges, and the detachable “Remove Before Flight” hangtag. The midsole gets in on the fun as well with an embossed graphic on the heel that nods to “footprints on the moon” and George’s childhood Palmdale, CA zip code on the forefoot. The PG 3 is no slouch in the performance department either. Although it keeps the low-cut upper that’s become synonymous with George’s Swoosh line, it forgoes the forefoot strap used on previous models like the Nike PG 2.5 in favor of a bold midfoot overlay, while Zoom Air cushioning ensures maximum court feel and responsiveness. Check out George’s newest Nike shoes below, and expect a release on January 26th for $120 USD. 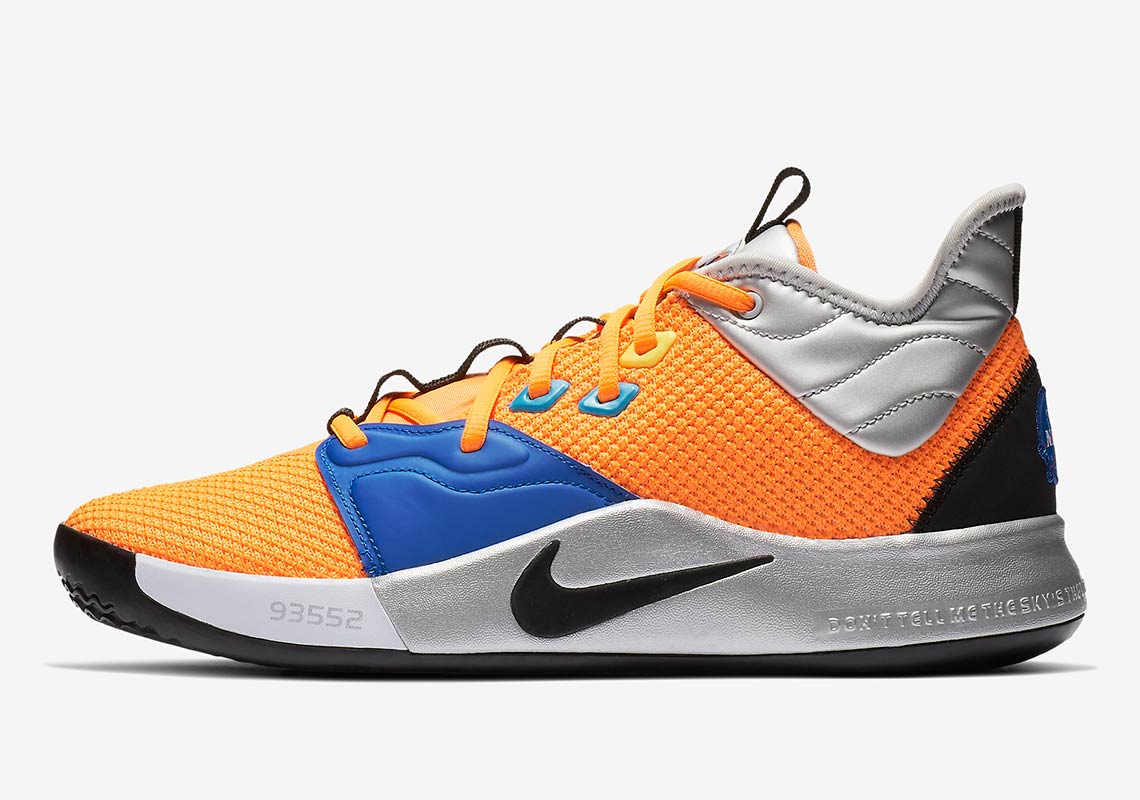 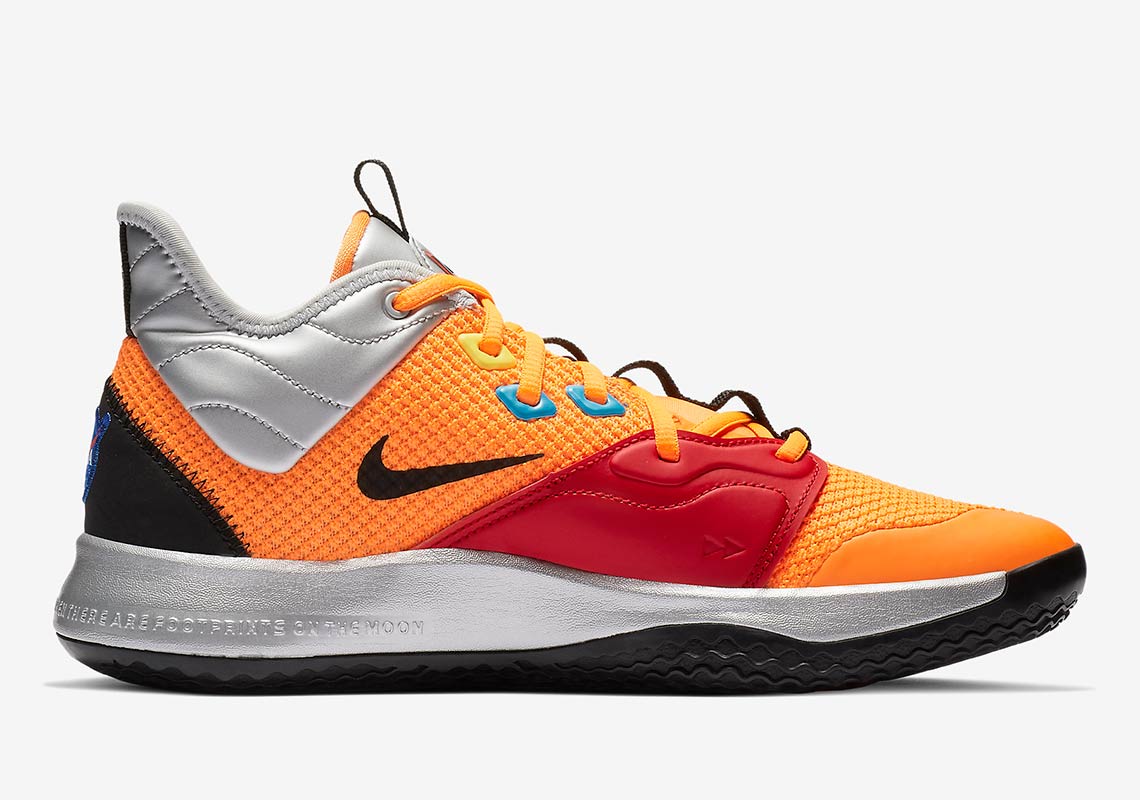 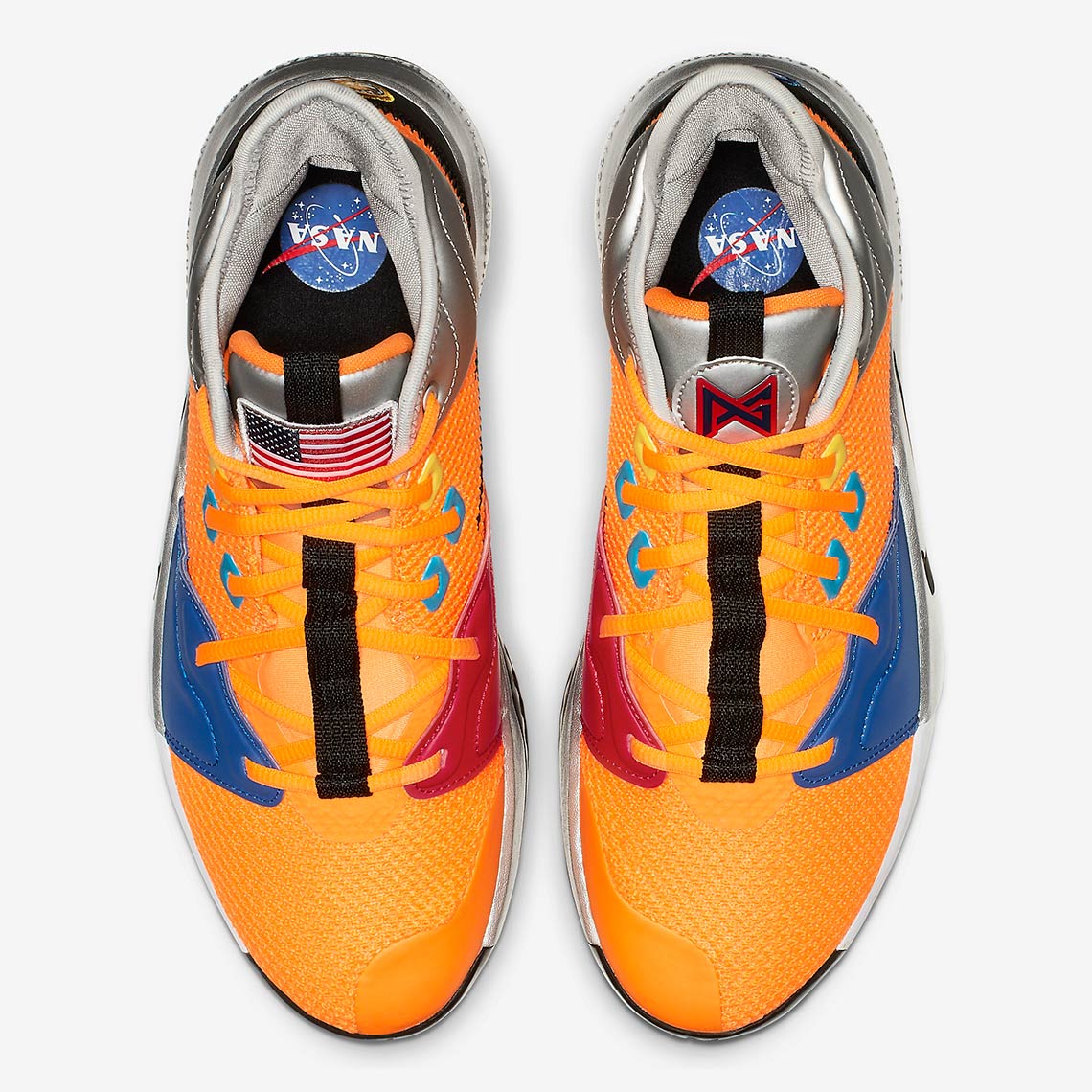 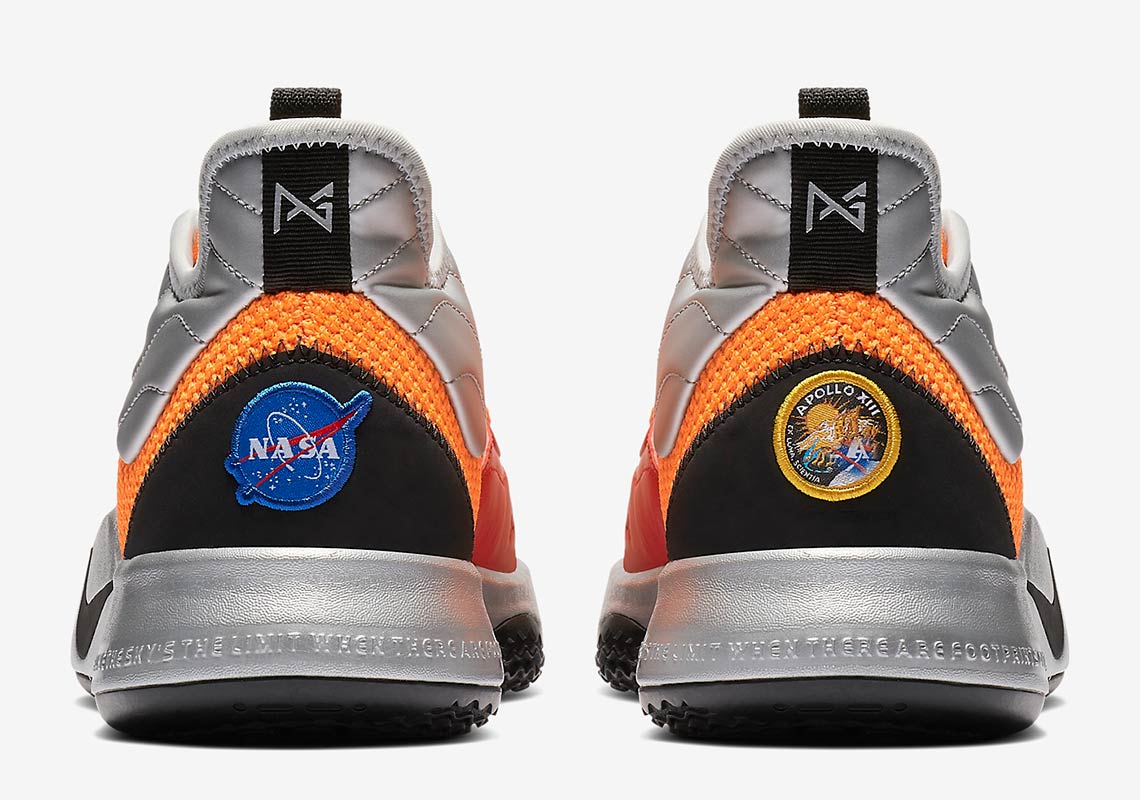 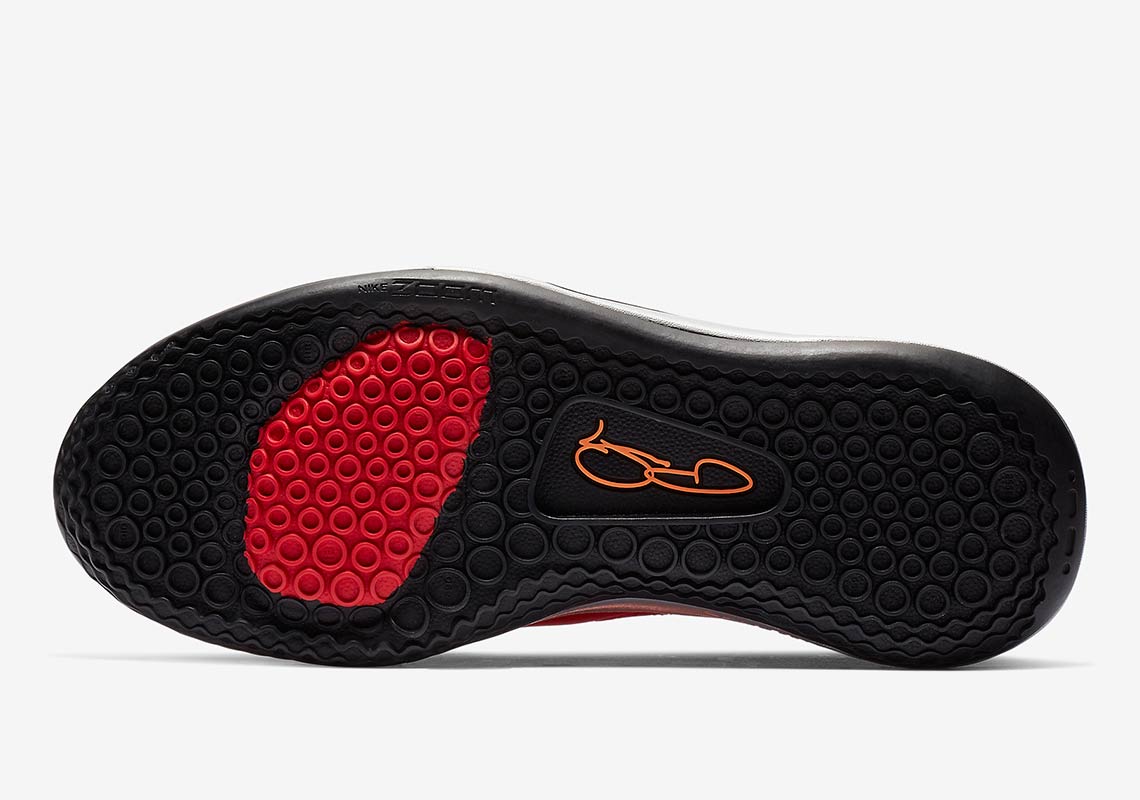