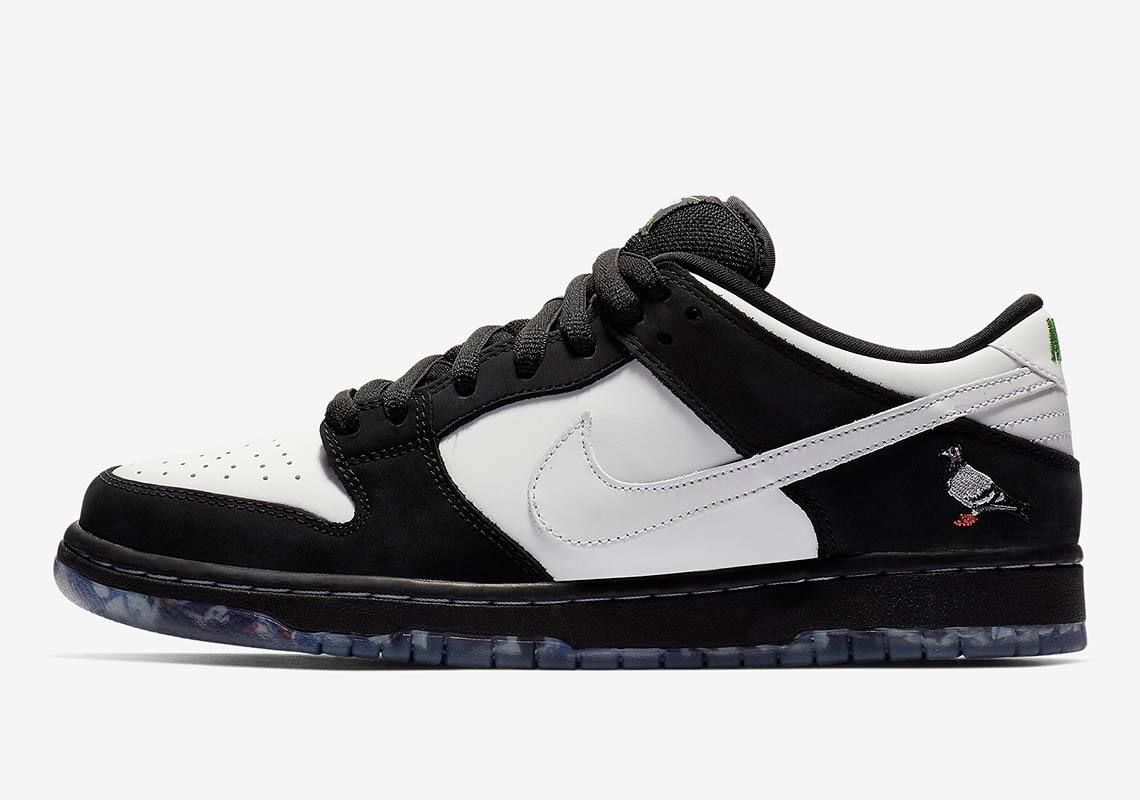 Where To Buy The Nike SB Dunk Low “Panda Pigeon”

Jeff Staple’s third go-around with the Nike SB Dunk Low is the talk of the sneaker world in early 2019. Grizzled orange box era SB collectors and fresh skate fans alike are anxiously waiting Staple’s and SB’s new creation — and even though Staple’s familiar pigeon embellishment is making a return to market, it’s accompanied by another animal this time: the panda bear. Drawing inspiration from both the bird that represents New York and the large bear that’s associated with mainland China, the “Panda Pigeon” Dunks blend grey and black tones on the upper, while accenting the simple colorblocking with hits of green for a little extra detailing. Staple’s signature ornithological embellishment appears on the lateral heel, and a “Not For Resale”-style piece of text branding that’s been altered to read “Staple — Not For Resell” graces the sockliner for a cheeky pop of flair. A printed bamboo graphic on the insole and “Sneaker Riot” outsole print then complete the look.

According to Staple himself, the shoe will see a staggered rollout with a veritable slew of release dates. Originally slated to start January 6th with a drop on NTWRK — which was postponed — and concluding January 25th via a release at Extra Butter with widespread drops on Nike SNKRS and at skate shops in between, you’ll have plenty of chances to get your hands on a pair of the “Panda Pigeons.” Check out a list of release dates/a full set of official images below, and let us know what you think of these new Dunks in the comments as well. 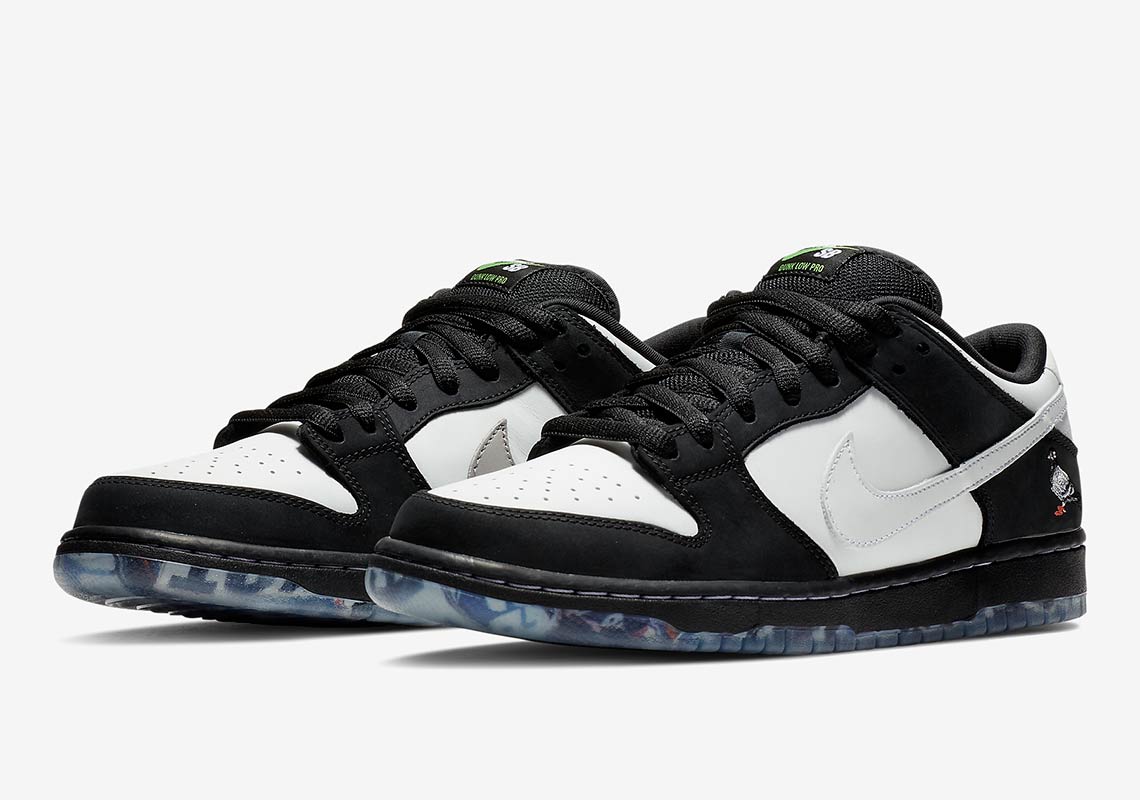 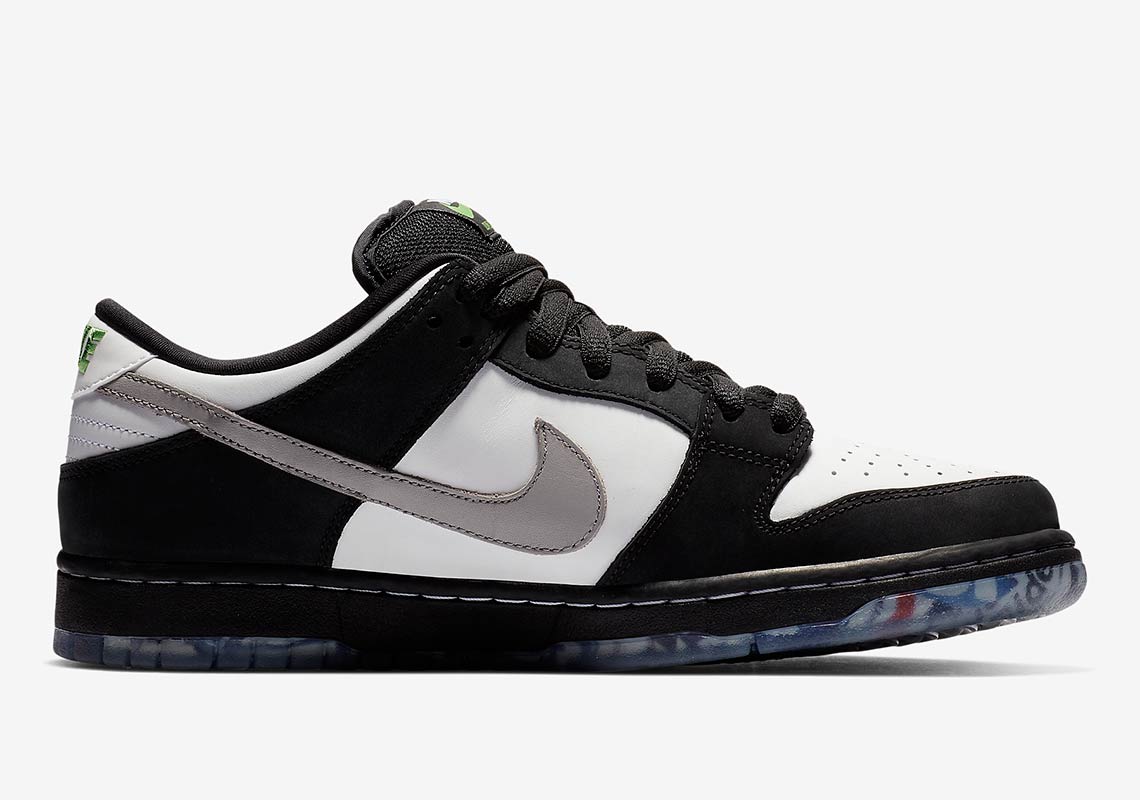 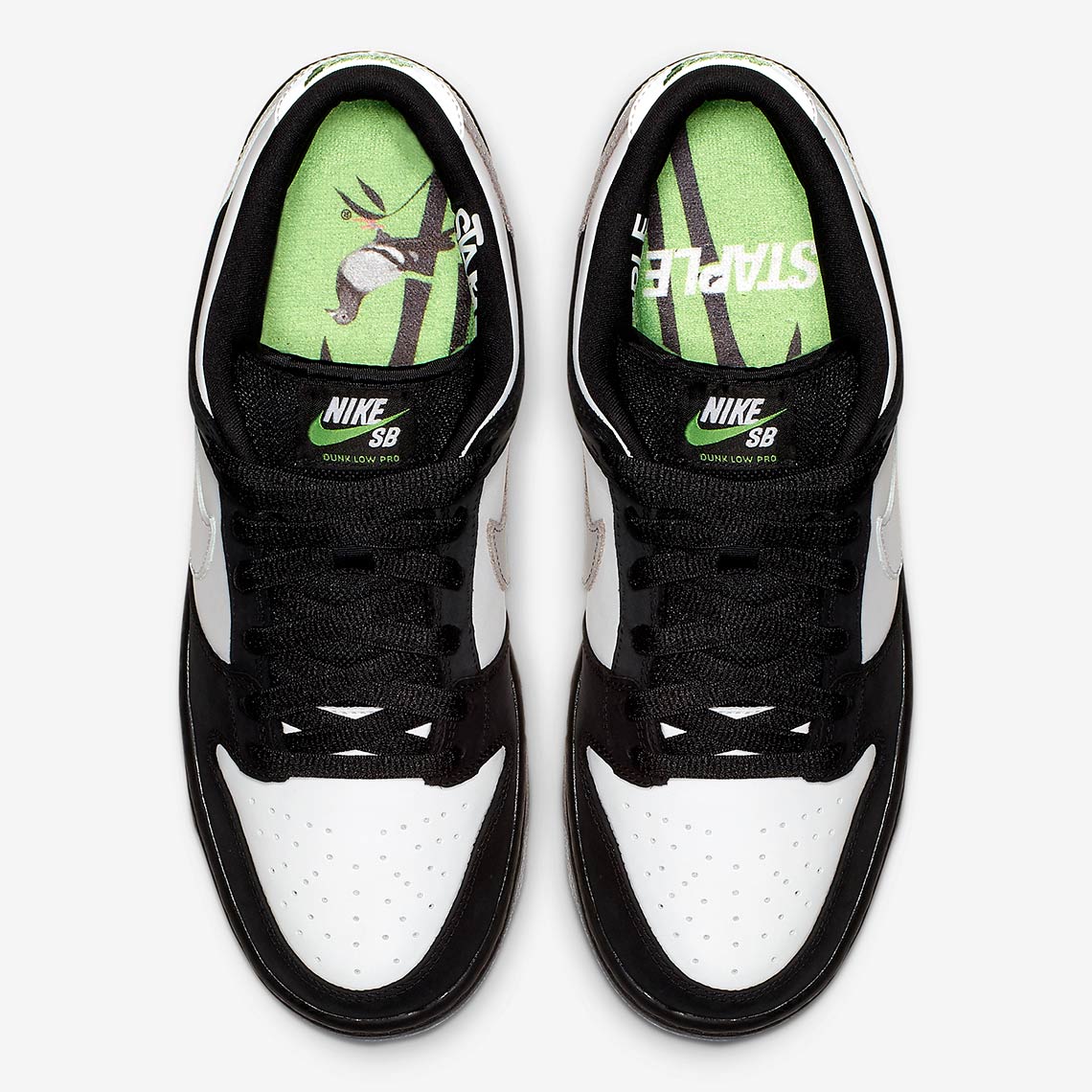 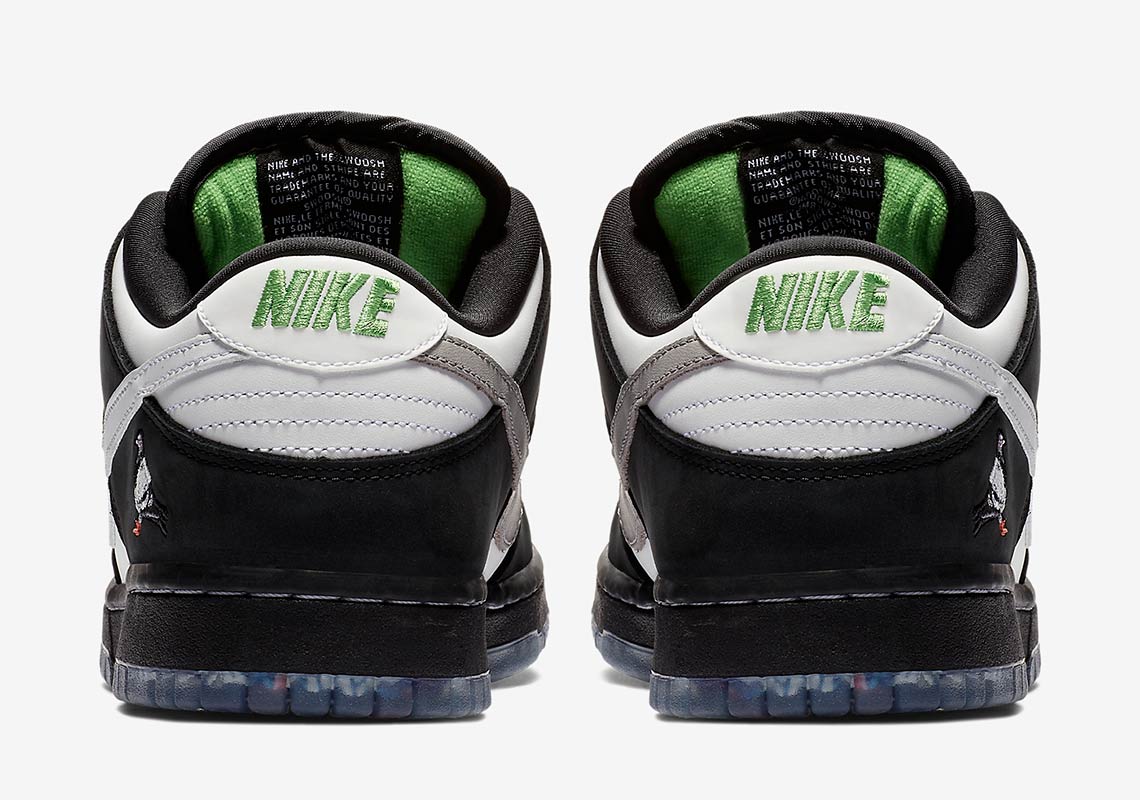 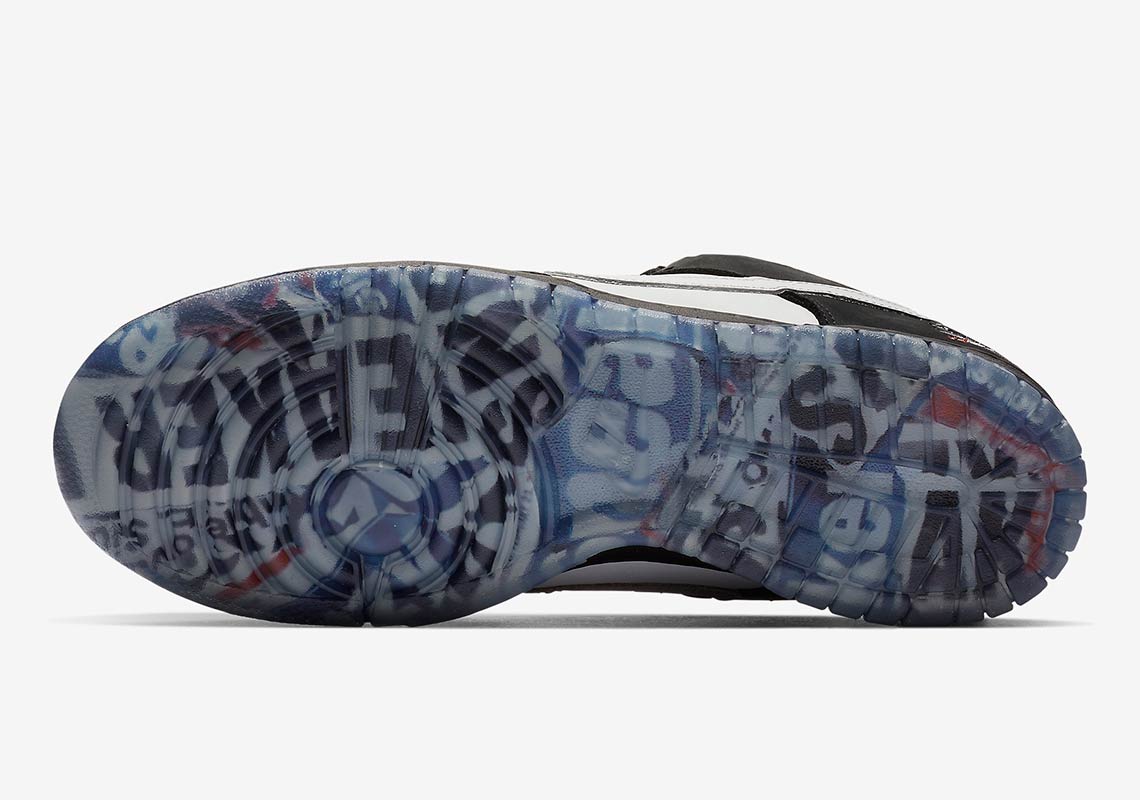