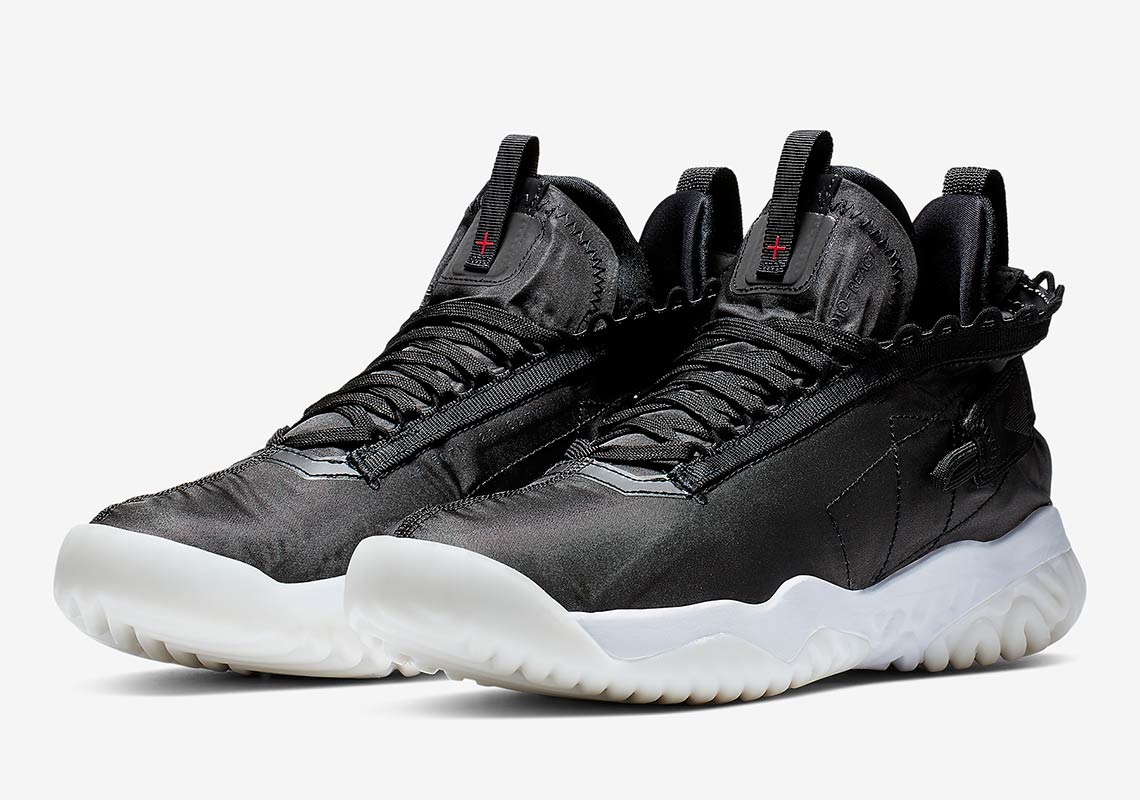 The Jordan Proto React Is Coming In A Classic Black, Red, And White

One of the year’s more promising and anticipated new sneakers is unquestionably the Jordan Proto React, a pure lifestyle silhouette that quite frankly is like nothing the brand has done before. What we’ve come to expect from the Jumpman is a performance driven silhouette that hone in on the qualities of a basketball shoe, but the futuristic Proto React represents a new era of design that we hope can be sustainable as the brand continues to push forward.

The Proto React draws in elements of space travel that befit the seasonal collection that debuted during September 2018’s grand unveil of the Air Jordan 33. Nylon uppers, exposed straps and stitching, and other exterior details mimic the overly technical aesthetic of an astronaut’s suit, but simultaneously there’s something really casual about the shoe. Below the impressive design is a React foam-based midsole and a noodle-y traction pattern that harken back to the decor of spaceships as imagined in the 1970s.

You’ve already seen the grey “duct tape” colorway that was revealed during that aforementioned launch event, but this classic black/red/white arrangement, a nod to MJ’s Chicago legacy, only strengthens the argument that the Proto React (as well as the Apex Utility) is one giant leap into a future that won’t have to hinge on retro product. Jordan Brand has remained mum regarding release information, but we’ll update you once a new development surfaces.

Update 2/25/19: The Proto React is scheduled for a March 1st release 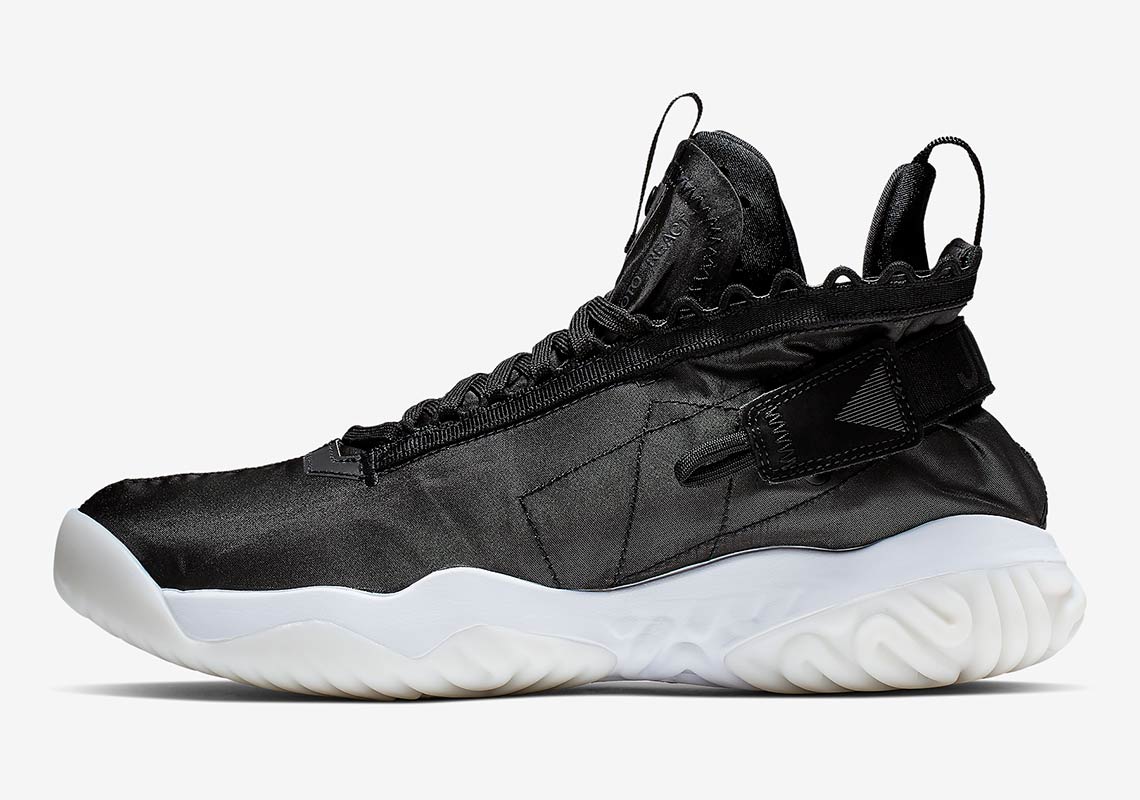 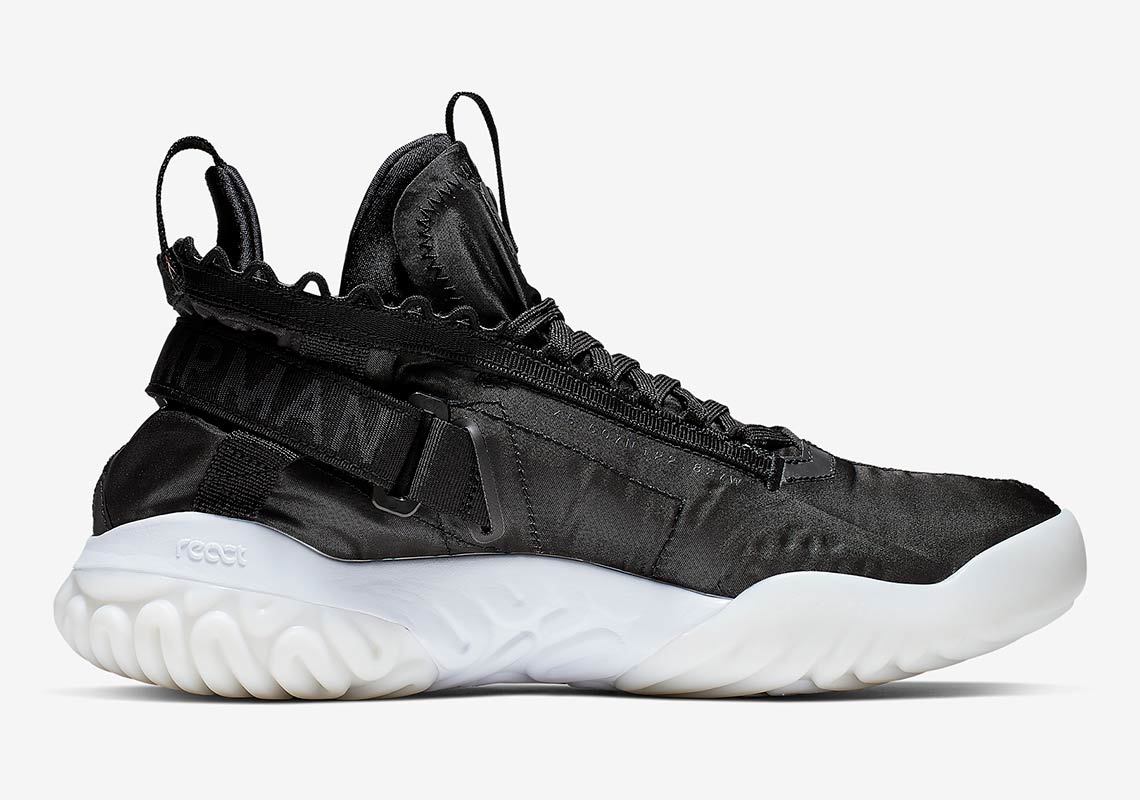 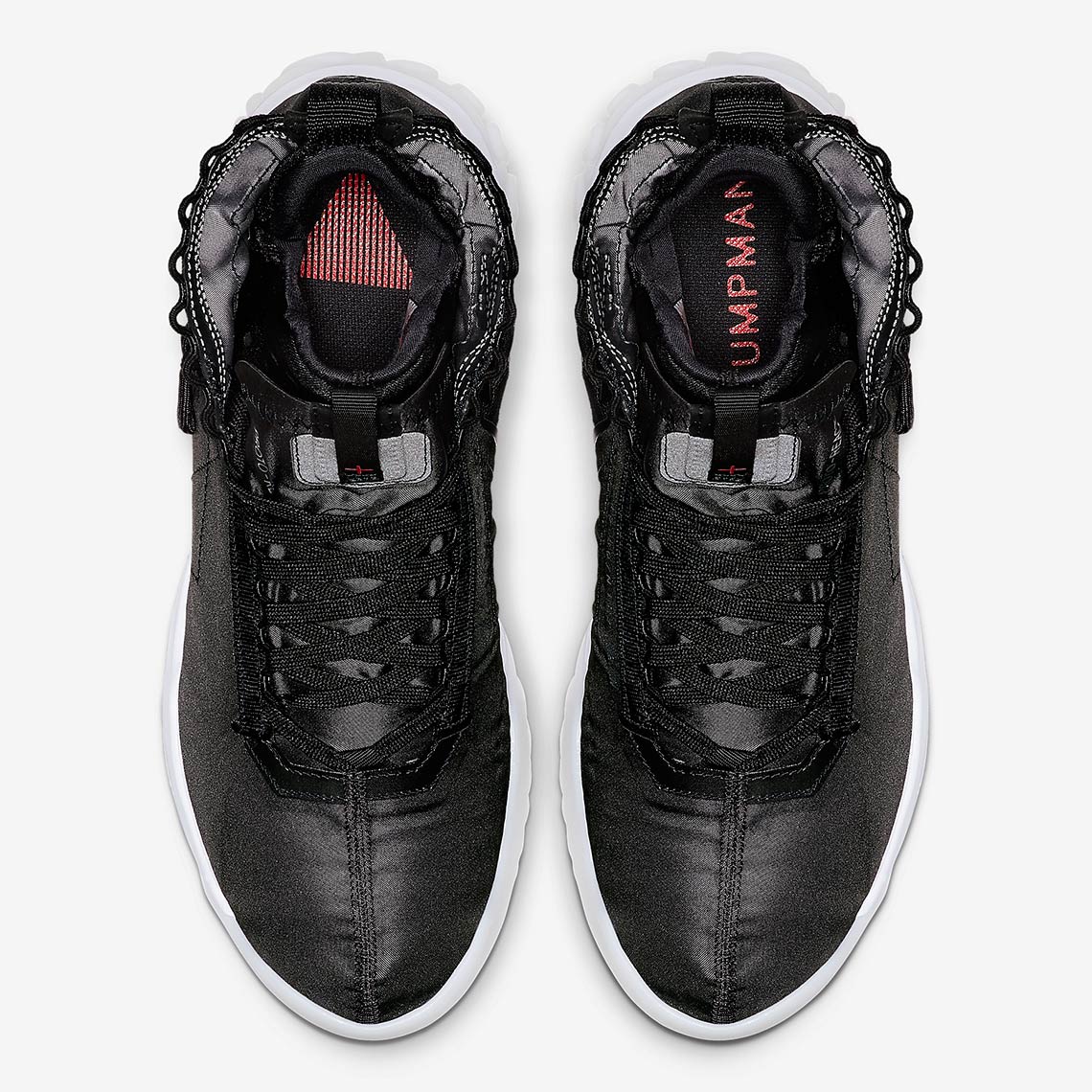 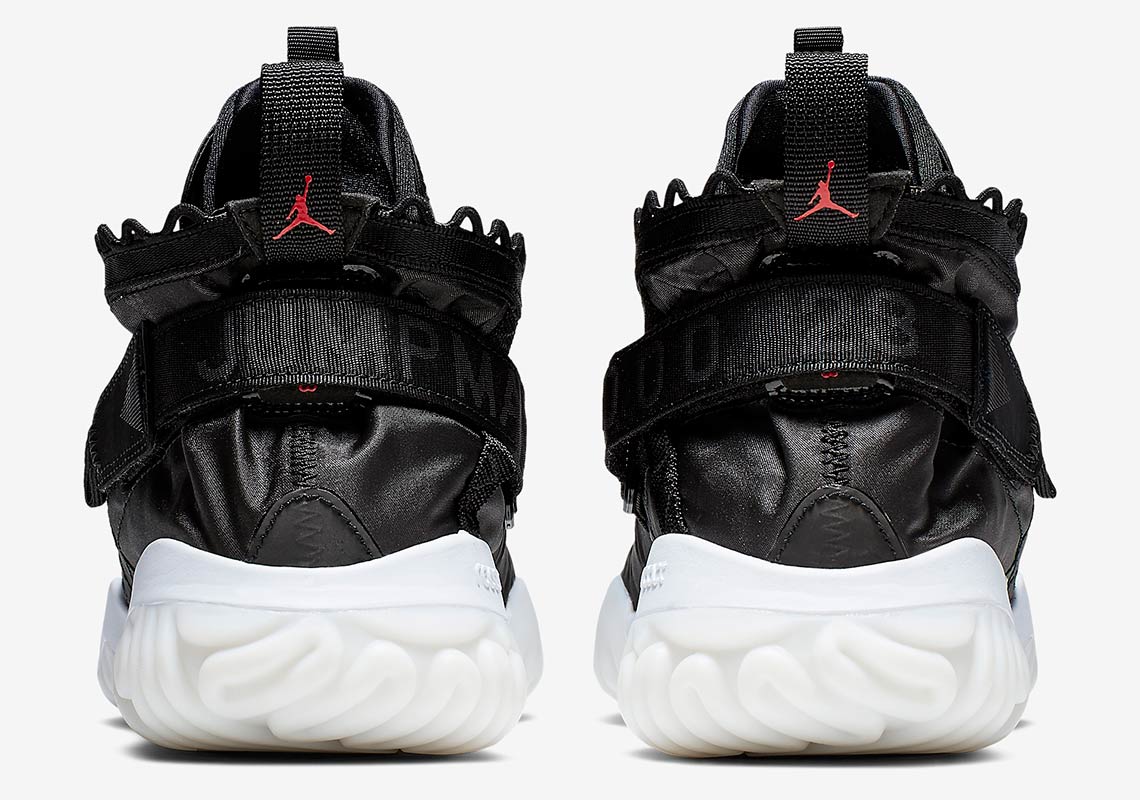 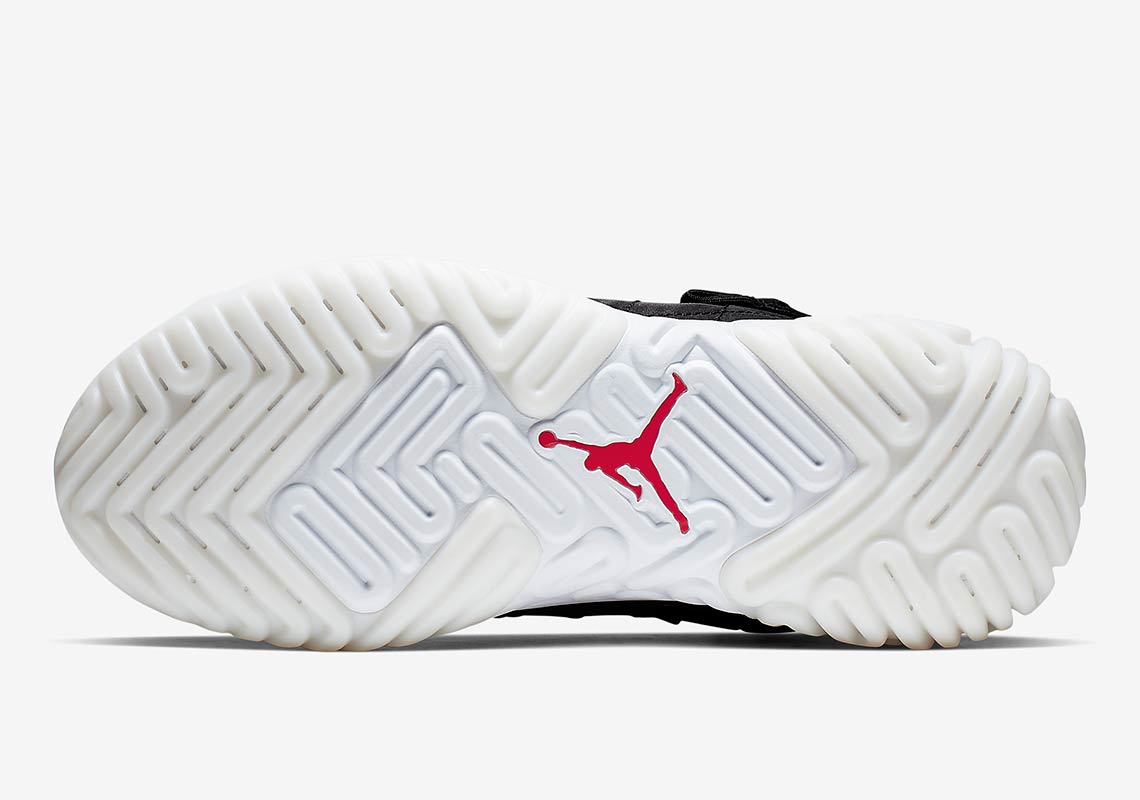