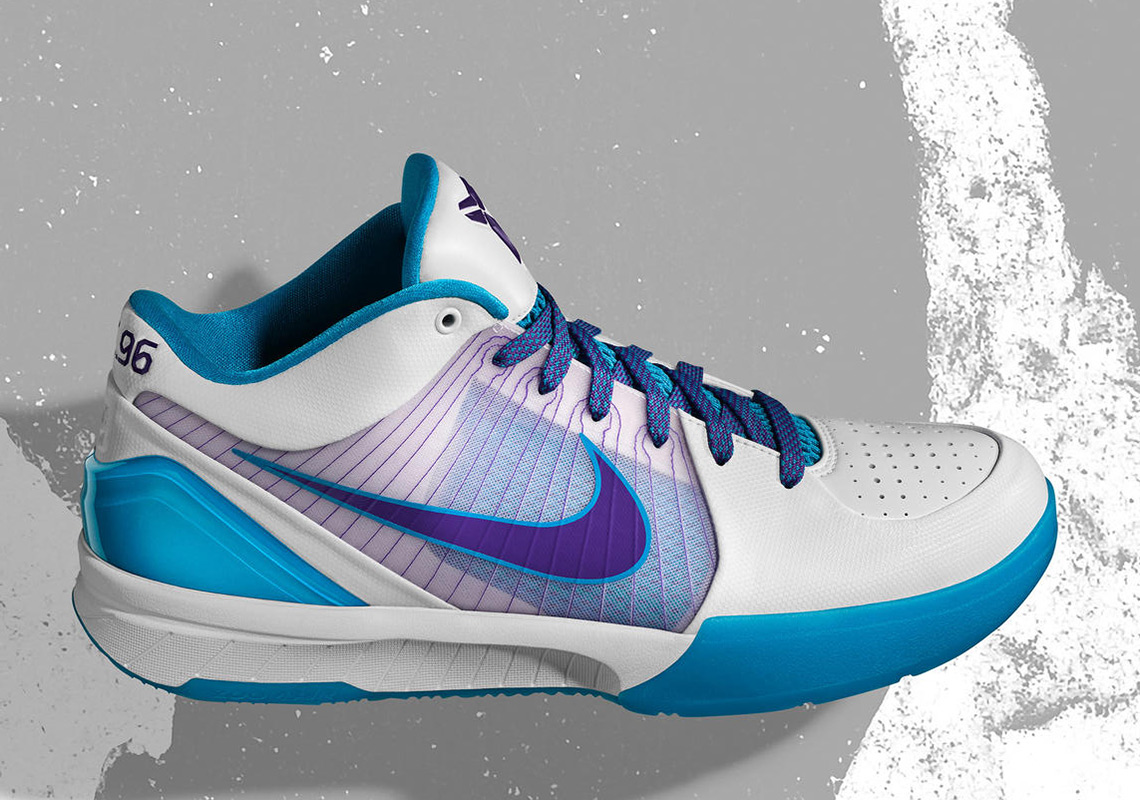 Throughout the years, Kobe Bryant’s signature line of Nike basketball footwear has been known and recognized for its low-cut look, differentiating itself from the customary high-top basketball sneaker, customarily aiding in ankle support for the wearer. Bryant made the switch to low tops in 2009, when he told Nike’s VP of Creative Director of Innovation Eric Avar that he yearned to have the lowest, lightest weight basketball shoe the Swoosh could make, inspired by his love for soccer and the cleats his favorite stars wore on the pitch. Now, much like the Zoom Kobe 1 Protro that caught acclaim at All-Star Weekend in 2018 with the help of LA’s UNDEFEATED, Kobe and Beaverton are set to introduce the world to the Zoom Kobe IV Protro.

At the time of the IV’s original release, its tech was innovative, and the Protro is meant to further emphasize its Flywire support, LunarLite foam in its forefoot, a Zoom Air heel unit, and its full-length Phylon midsole provided to grant hoopers responsive cushioning. In an effort to modernize the fit for today’s game, it has been given a sleeker heel, a wider outsole traction, and a full-length Zoom Air unit riding the entirety of its outsole. This new model’s introductory “Draft Day” color scheme pays homage to Kobe’s legacy as well as the host city, both celebrating the hometown Charlotte Hornets and the future Hall Of Famer’s original team, before being traded to Los Angeles for Vlade Divac on draft day with a familiar purple and blue colorway. Releasing in conjunction with the weekend’s festivities, the Zoom Kobe IV Protro “Draft Day” will drop on February 15th on the Nike SNKRS app and at other select global retailers.