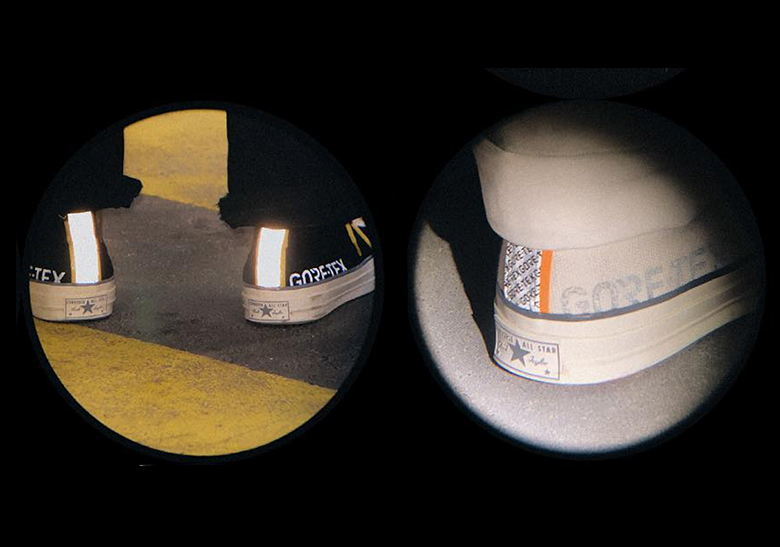 The timeless construction of Converse’s popular Chuck 70 and the rugged materials of Carhartt WIP‘s products are coming together, as the two have teamed up to produce a new Gore-Tex Chuck 70 in both black and white. The partners have only teased their collaborative effort, but from the images that are available so far, the new kicks appear to feature a single-color weather-resistant upper with a stripe of high-vis reflective material on the heel and a bold branded Gore-Tex hit on the lateral side. The black pair then calls upon bold yellow piping and laces for accents, while the white pair opts for crisp orange hits. Each colorway is then completed with a repeating logo print on the aforementioned heel strip and a simple white/grey midsole. If you need an all-weather pair in your rotation, you can expect these new Carhartt Converses to release February 21st, exclusively on the Carhartt WIP webstore and at their retail locations. 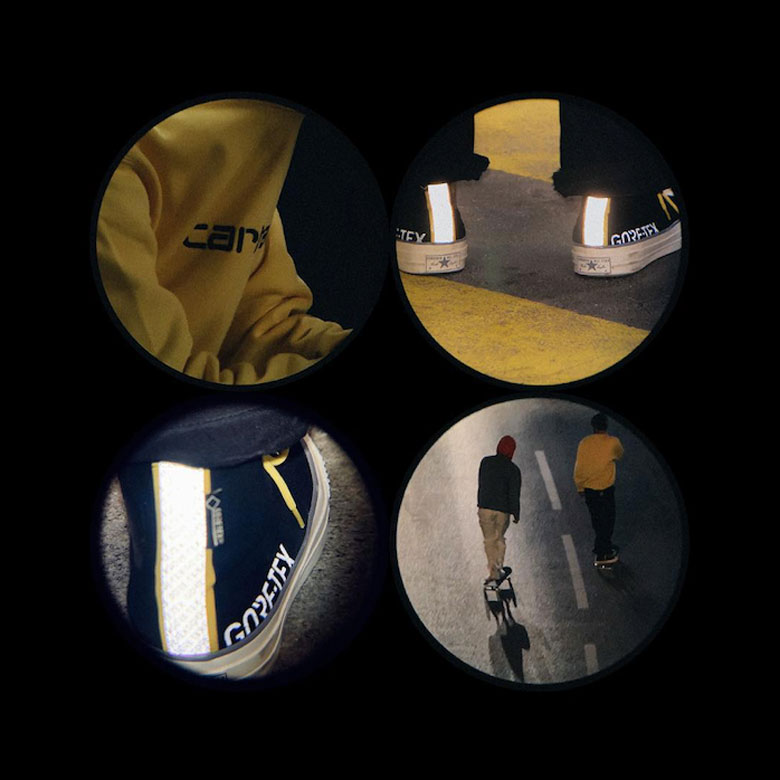