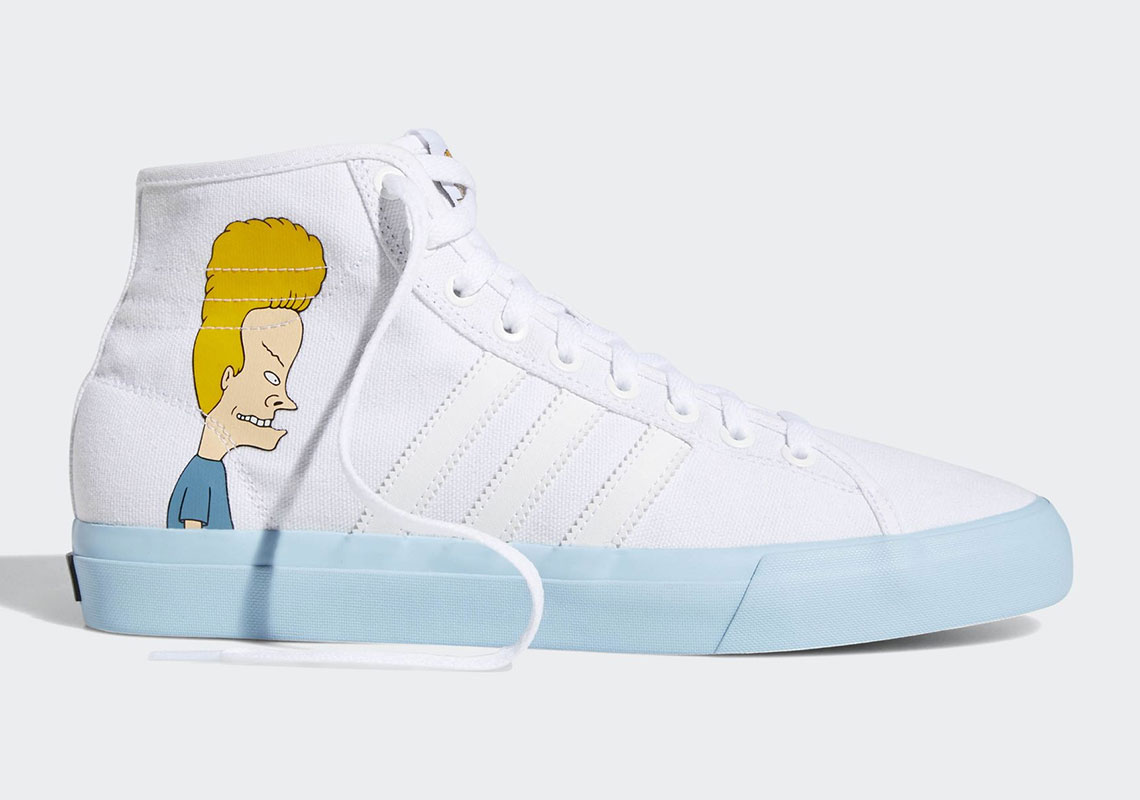 Beavis And Butt-Head Appear On The adidas Matchcourt Hi

Beavis and Butt-Head, Mike Judge’s famous dynamic duo of loveable idiots from the ’90s, are back again: they’ve appeared on the classic adidas Matchcourt Hi. Last time the two graced an adidas sneaker — the 3MC — the design was all about their favorite fast food from Burger World, but the Matchcourt mostly forgoes burgers and fries, instead opting to feature side profiles of the bone-headed teenagers themselves, in poses similar to the show’s title screen. Beavis’s hyperactive visage appears on the lateral side of the right shoe, while Butt-Head’s signature blank expression adorns the right shoe — and the tongue patch features both side-by-side to tie the look together. Even though Burger World’s culinary offerings are no longer the focal point, they’re not excluded entirely either, as the familiar burgers-and-fries print from the last release appears on the sockliner for a clever hit of hidden detailing. From a color standpoint the shoes feature a simple all-white canvas upper and a sky blue midsole, completed by a special Beavis and Butt-Head styled badge on the heel. Grab a first look at these nostalgic kicks below, and expect a release on adidas.com March 15th. 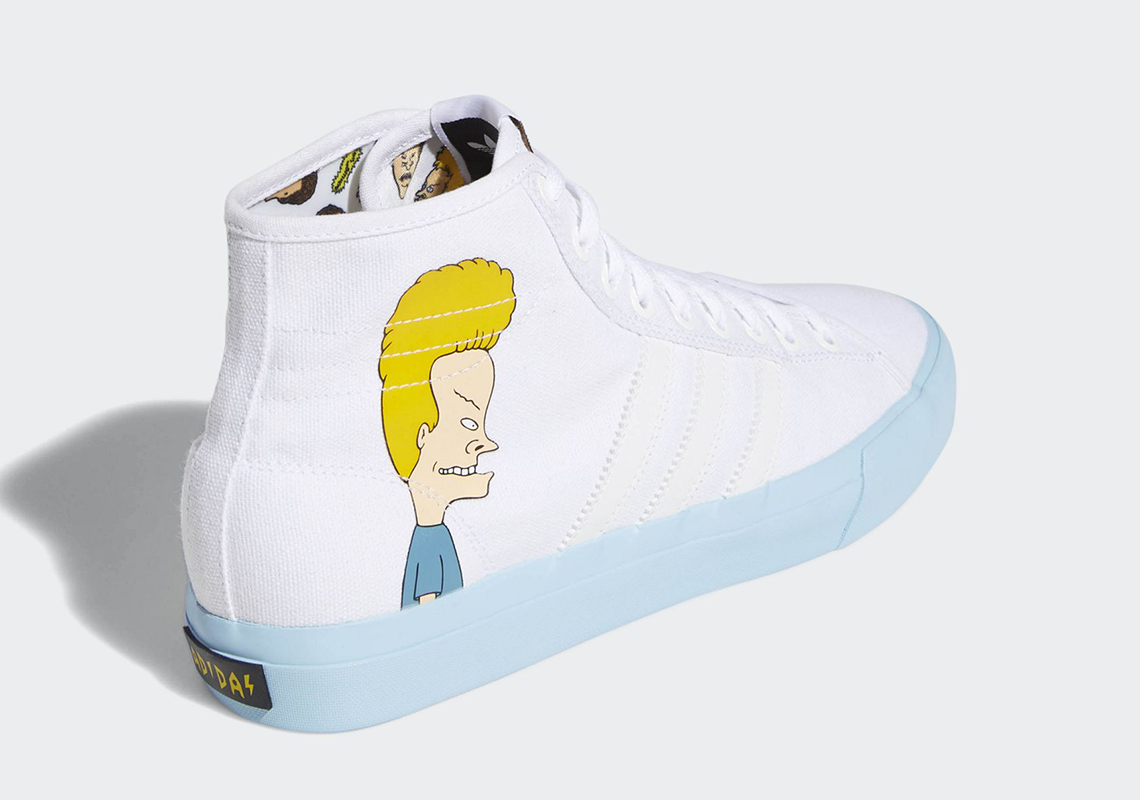 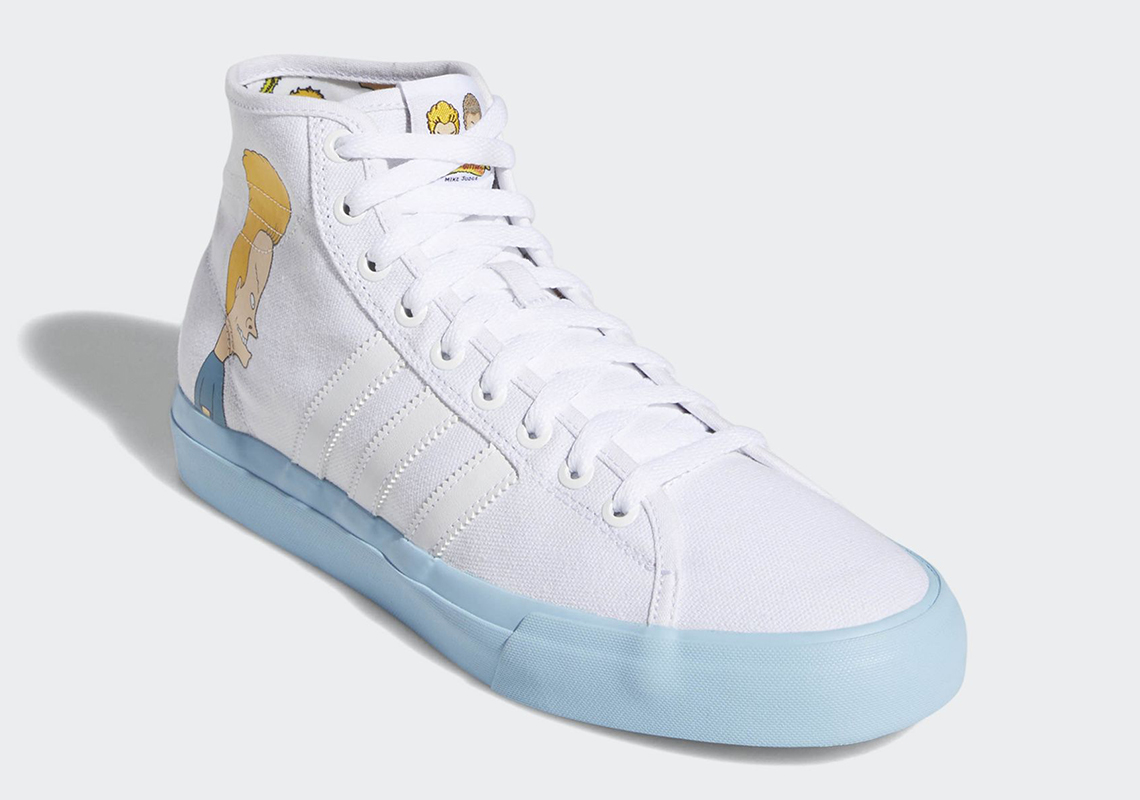 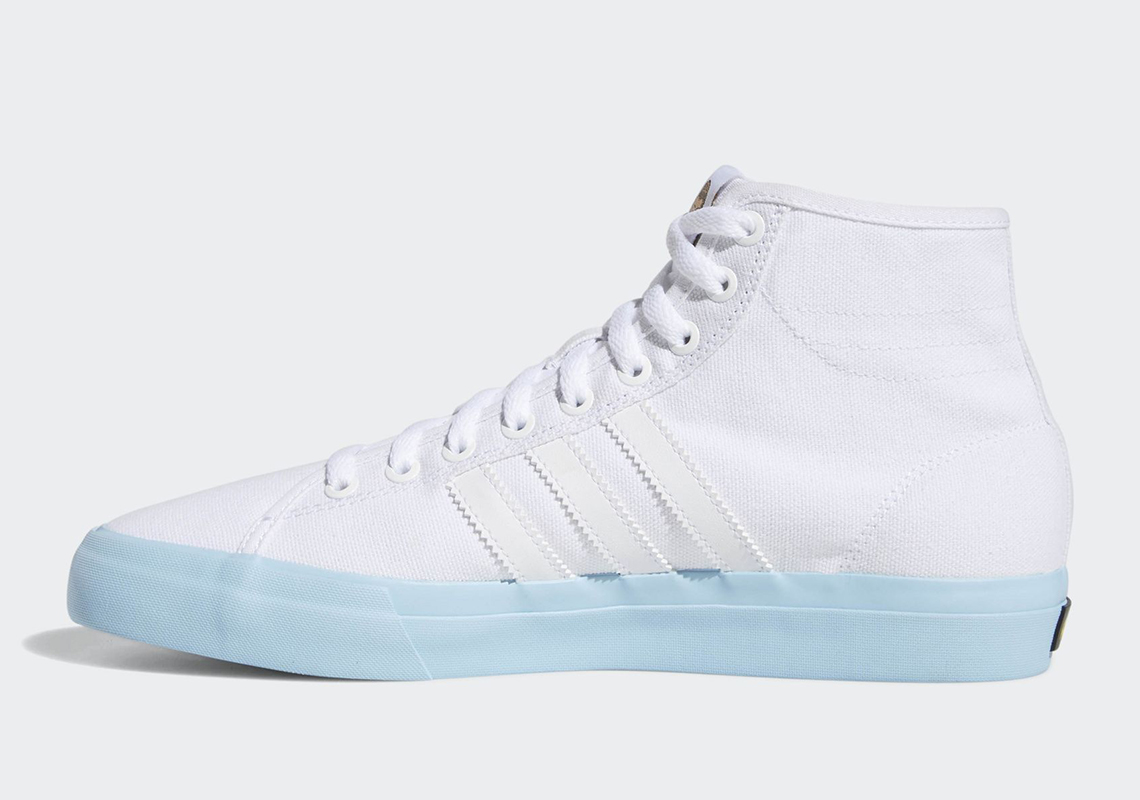 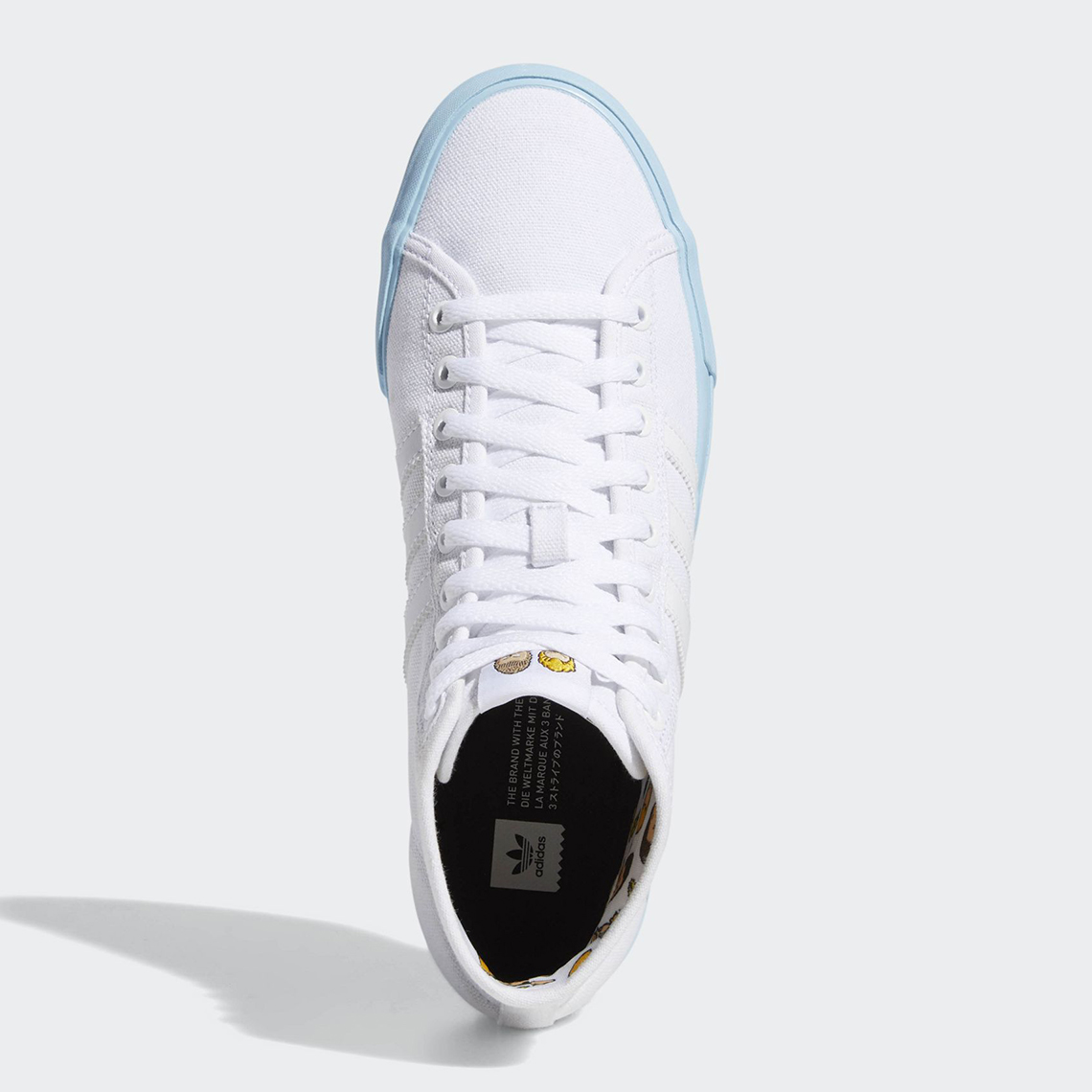 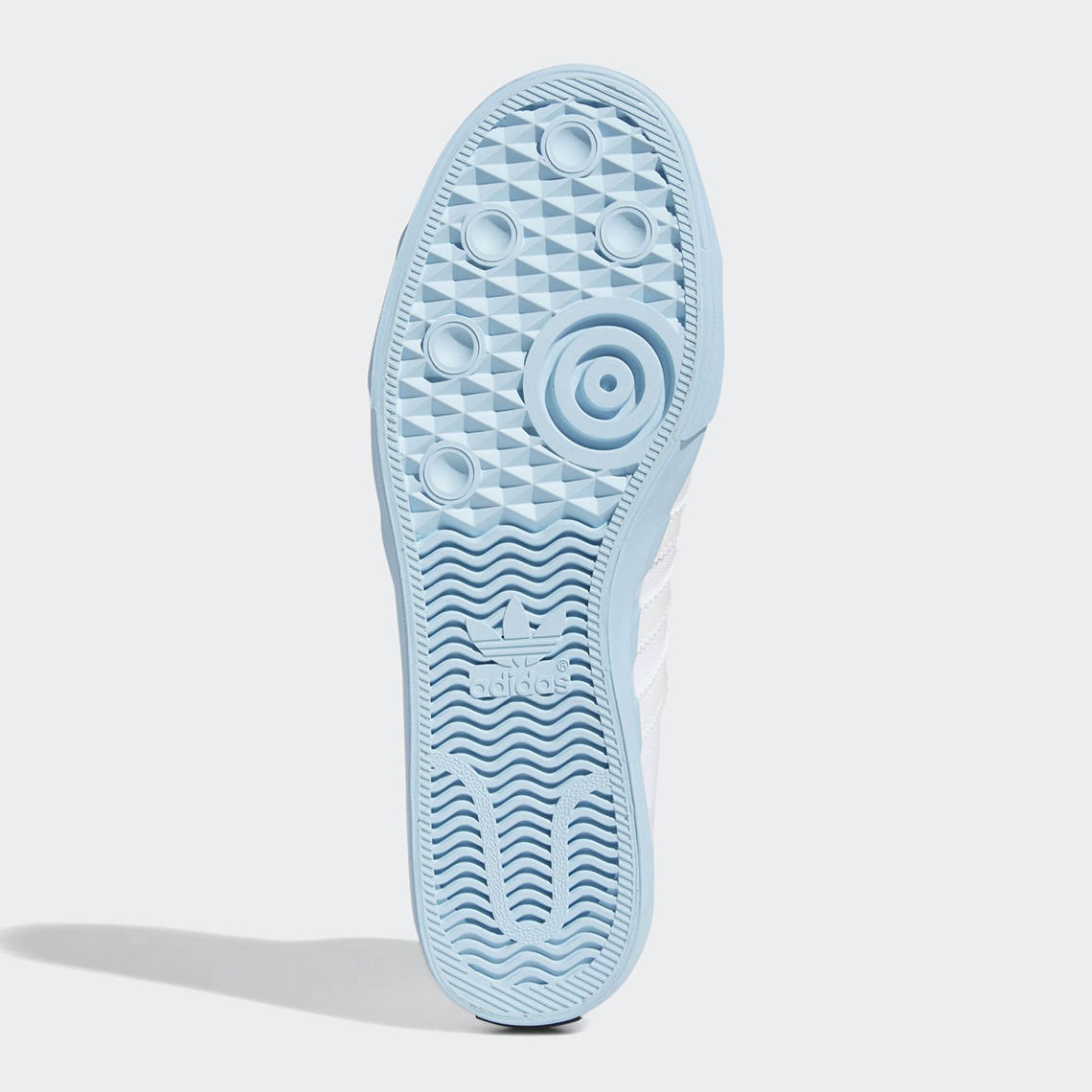