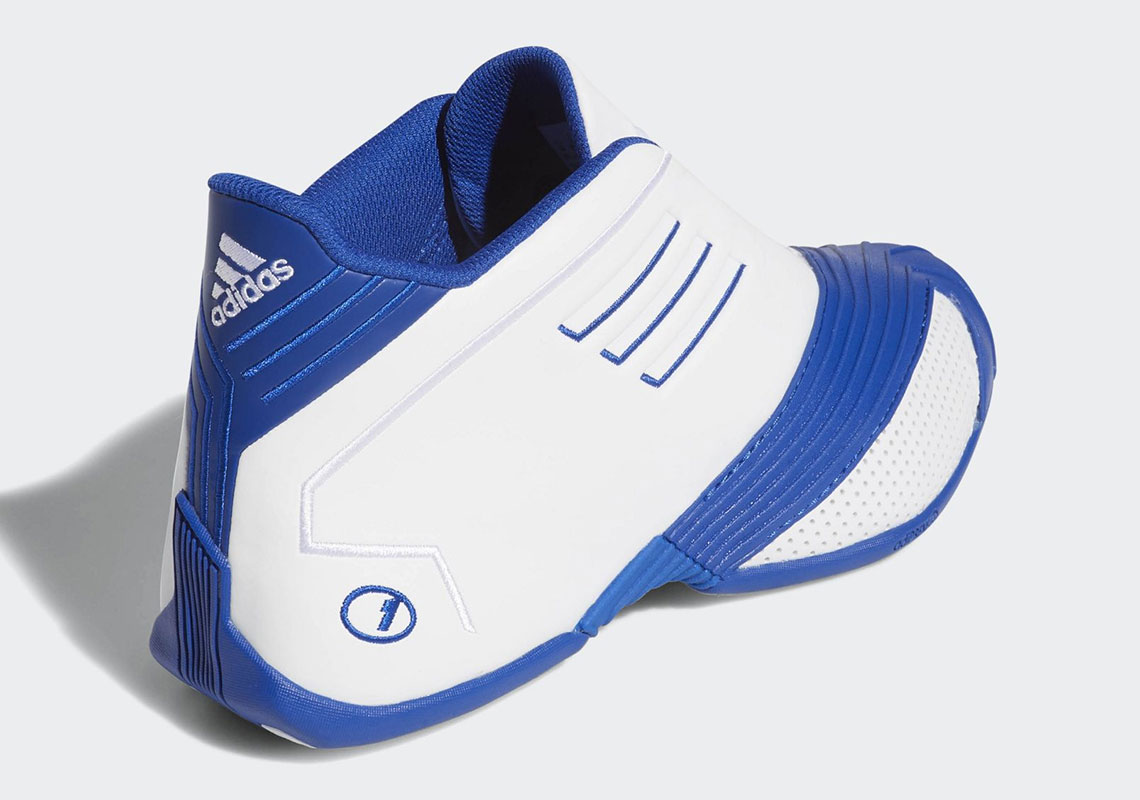 As the leader of the Orlando Magic, Tracy McGrady ran rampant through the NBA in the early/mid ’00s, scoring points in bunches, throwing down scintillating dunks, and assembling the early accolades of his Hall Of Fame career. adidas made sure that what he had on his feet was just as memorable as his effortless play through that period, and now McGrady’s first-ever adidas signature shoe — the T-MAC 1, originally released in 2002 and also worn by a high-school age LeBron James — is returning in a classic Magic combo of white and blue.

Smooth and perforated white leather combine to form the shoe’s base, while blue midfoot trim and bold blue accents on the heel provide contrast. The shoe’s most noticeable design feature, however, is unquestionably its rubber forefoot/toe overlay — which reaches up from the lateral arch before splashing diagonally across the vamp and completely covering the toe cap to accent the boxy construction. McGrady’s #1 then appears towards the heel, while adiprene cushioning and a midfoot torsion plate ensure that the shoe is still court-ready for the modern-day game. Check out T-Mac’s remastered classics below, and look for them to release on March 1st for $160 USD. 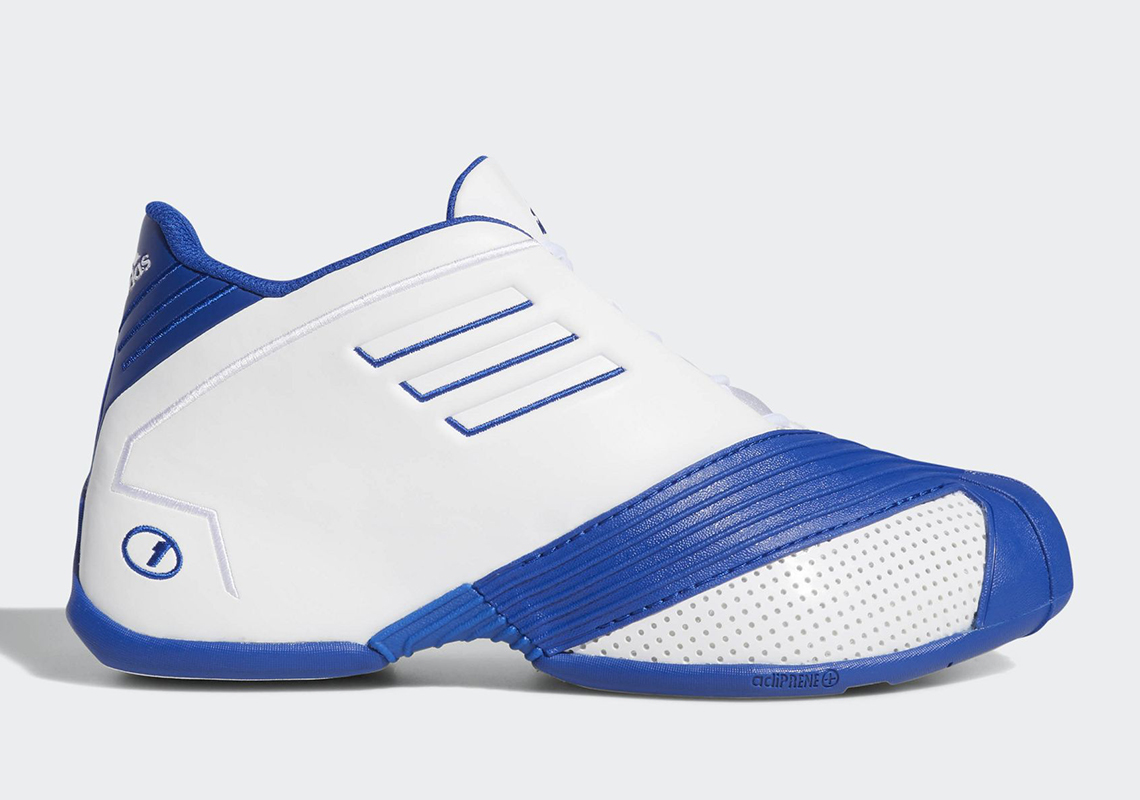 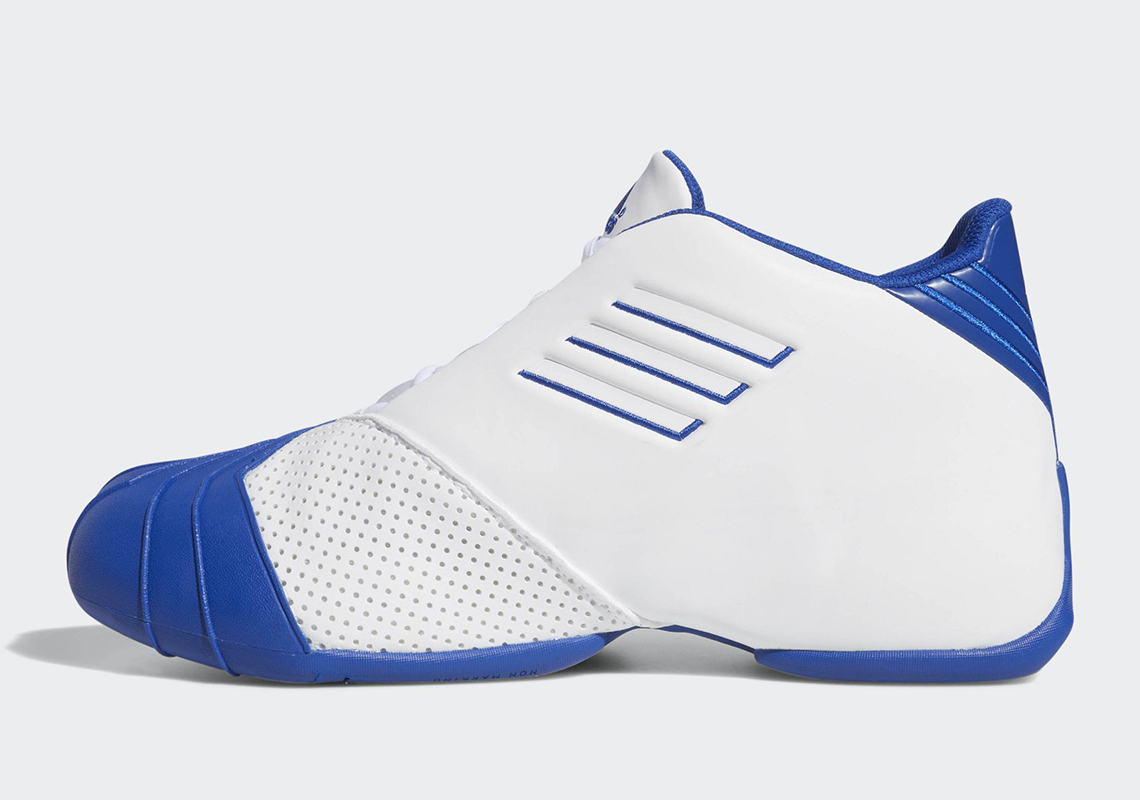 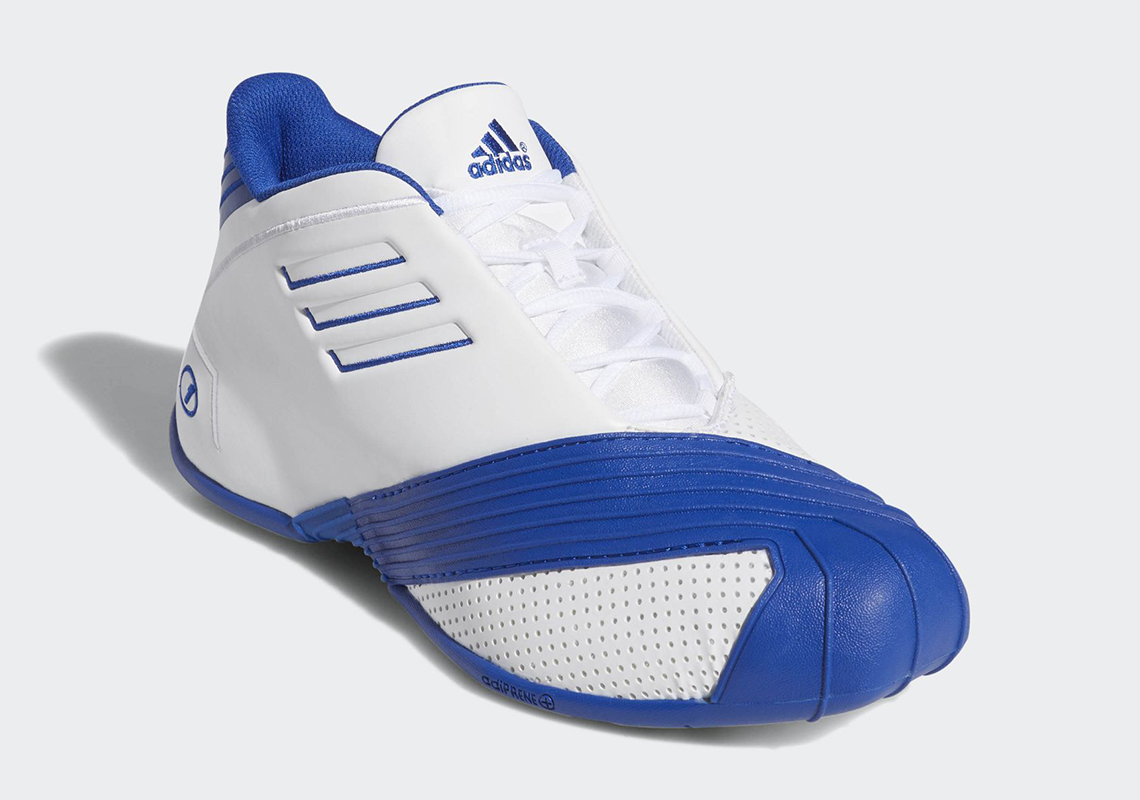 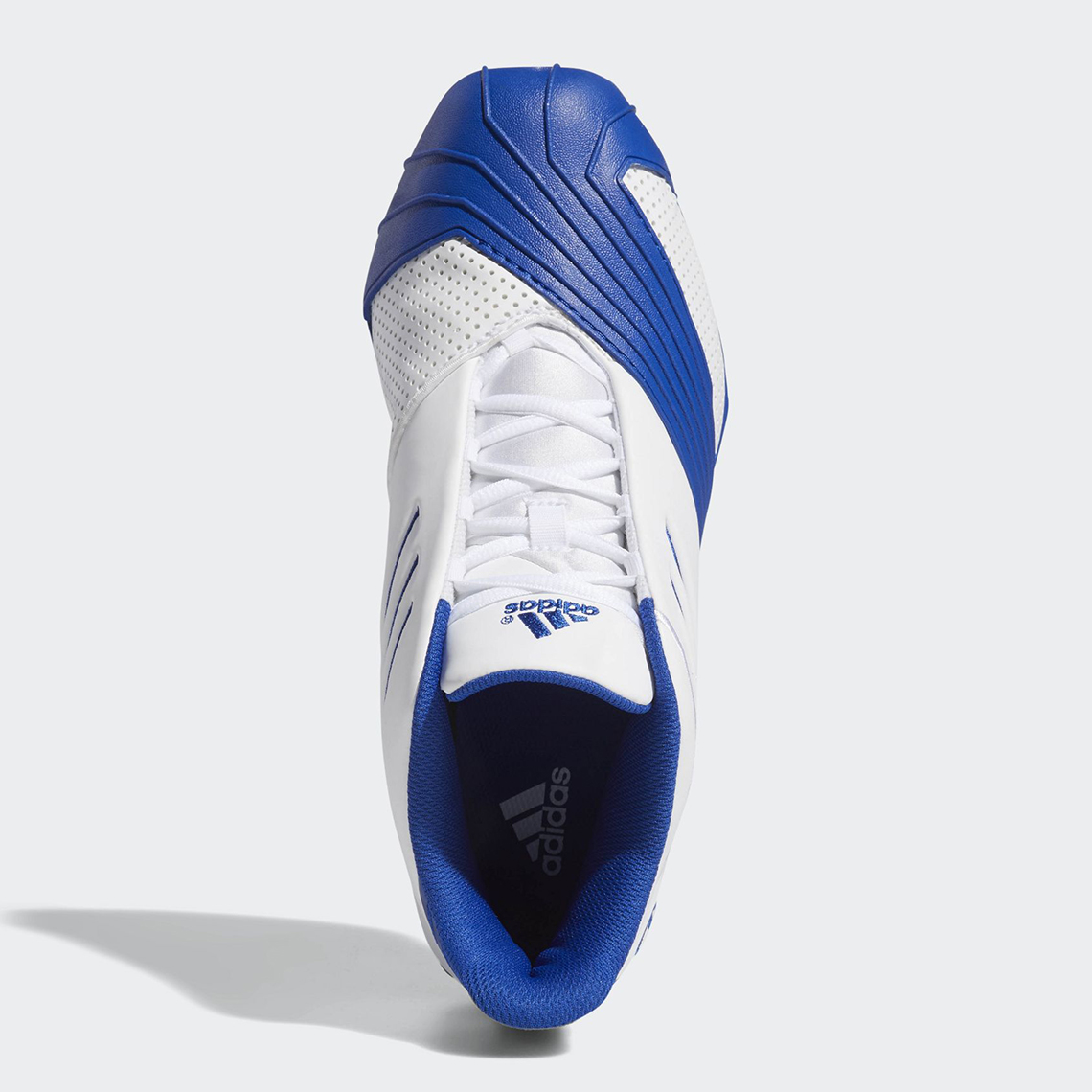 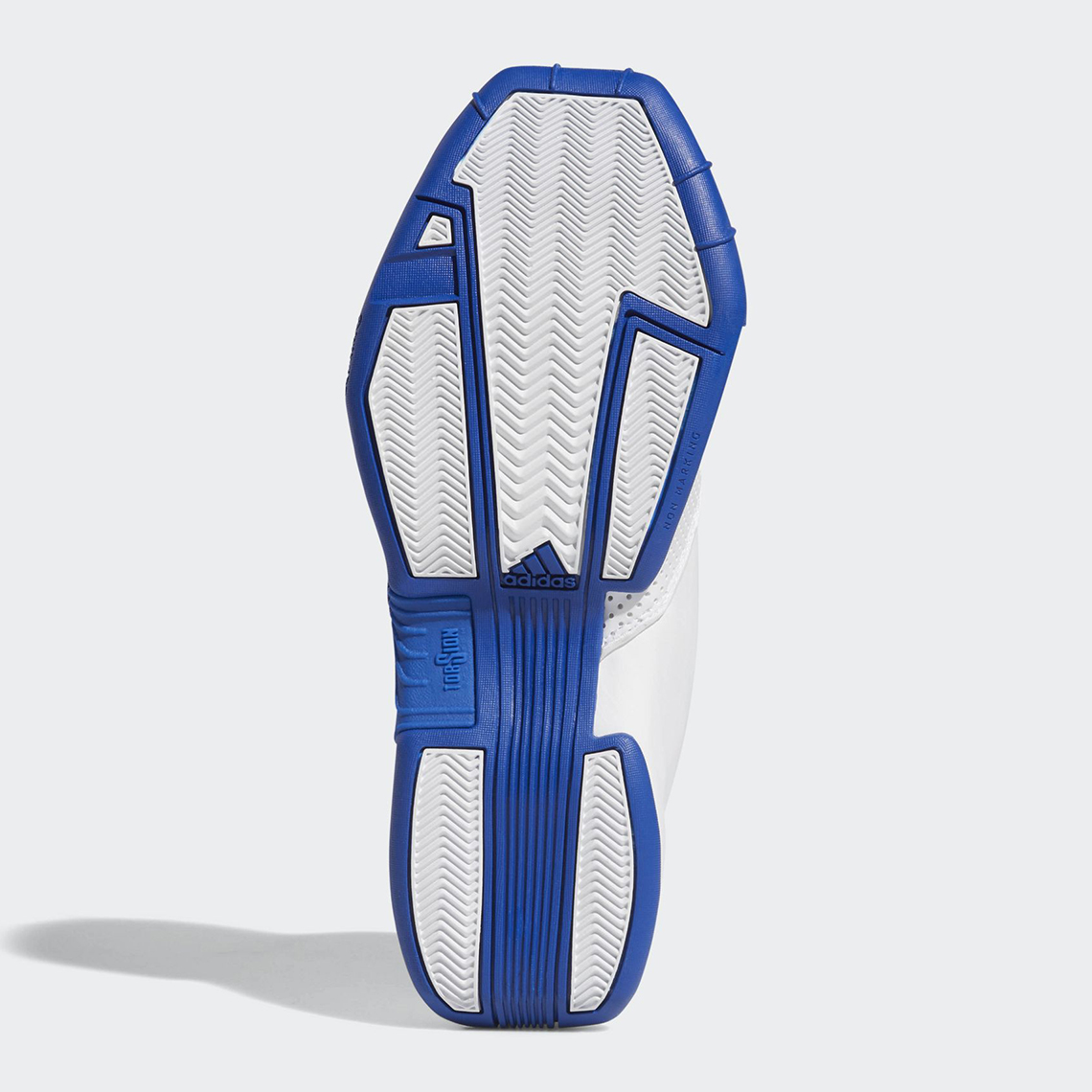