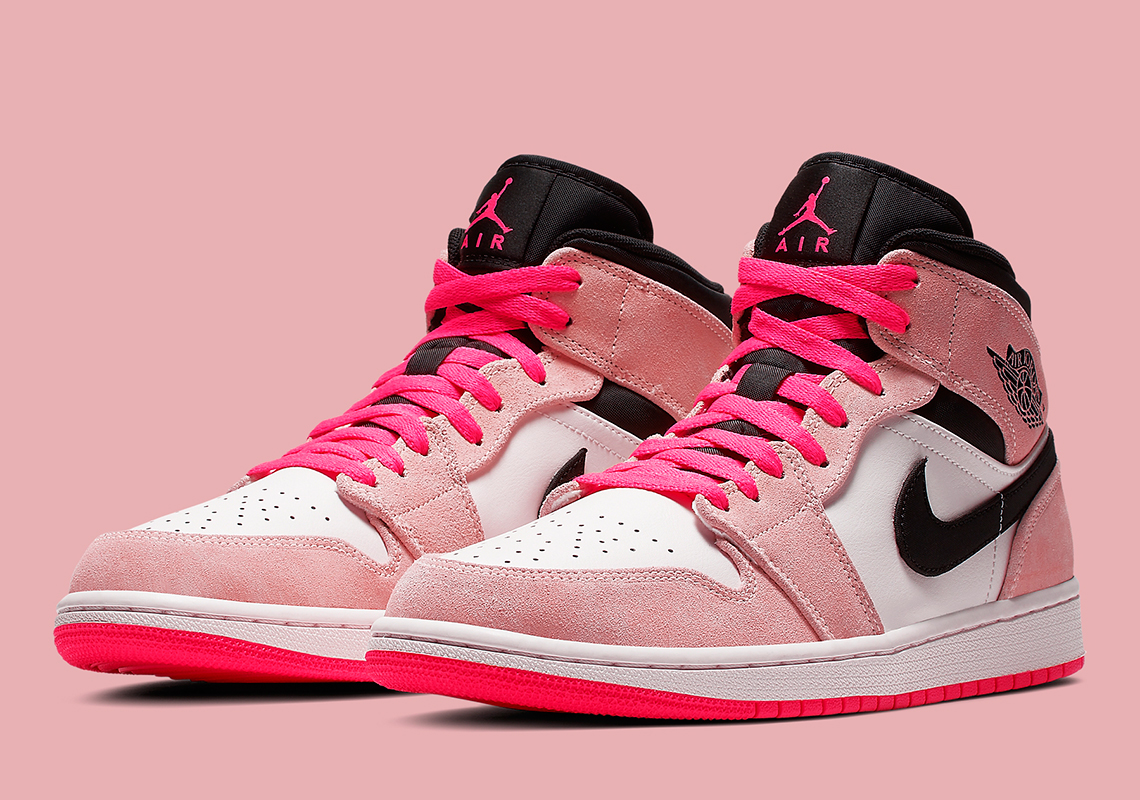 The Jumpman has seemingly been showing increased attention to the Air Jordan 1 Mid as of late, an effort that’s resulted in eye-catching colorways like this new “Crimson Tint.” Joining other well-received recent pairs like the “Lakers,” the “Celtics,” and a striking black/white/gold patent leather makeup, this mid-cut Air Jordan 1 forgoes team stylings and shimmering details, instead opting to feature a bright blend of spring-ready tones. White leather is used as the base, while a soft pink appears on the nubuck overlays and a hot pink is used for the laces, tongue badge, and outsole. All the bold accents are then held together by a stately black Swoosh, tongue, and collar. If you’re looking forward to the warmer days ahead, check out these new Jordan shoes below and expect a release on Nike.com in the coming weeks for an MSRP of $120 USD. 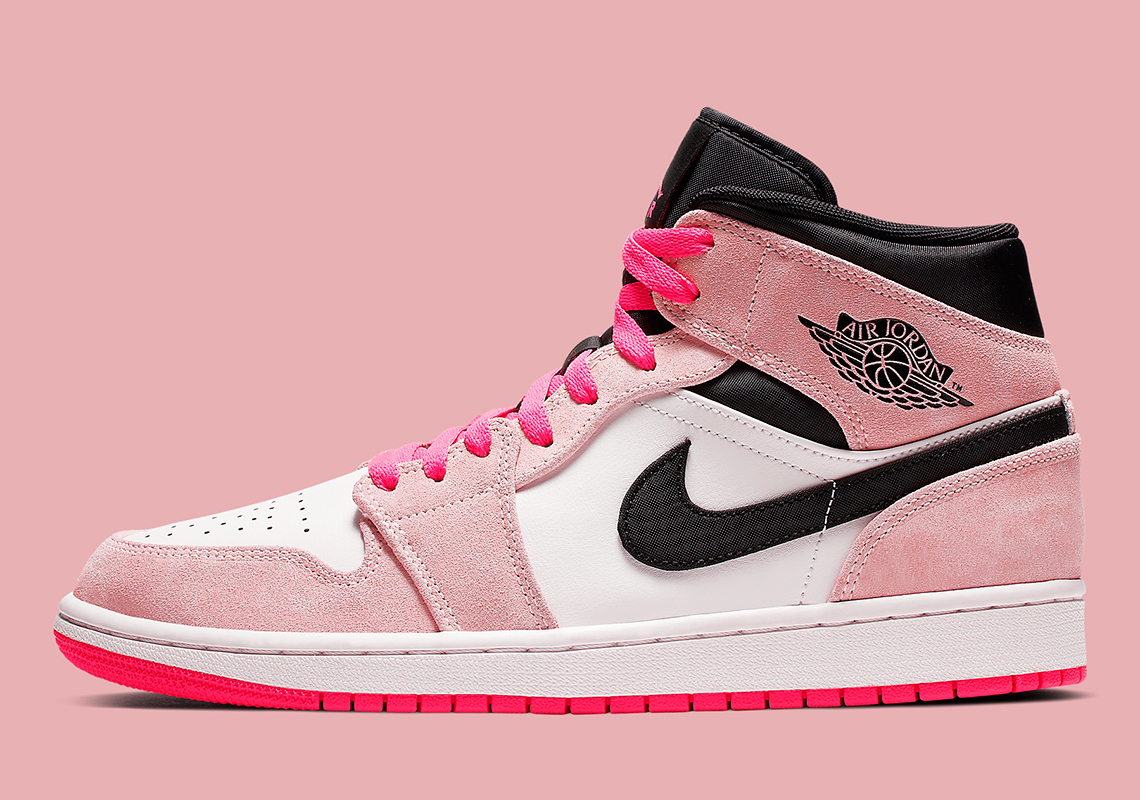 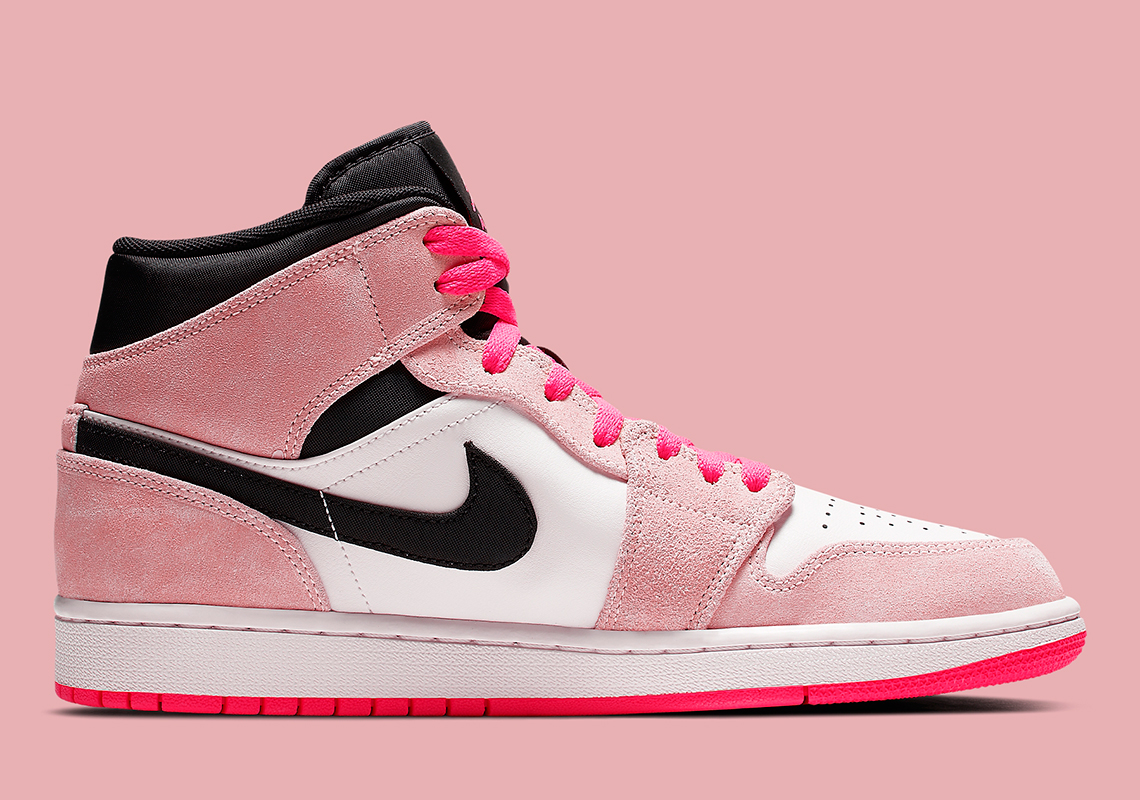 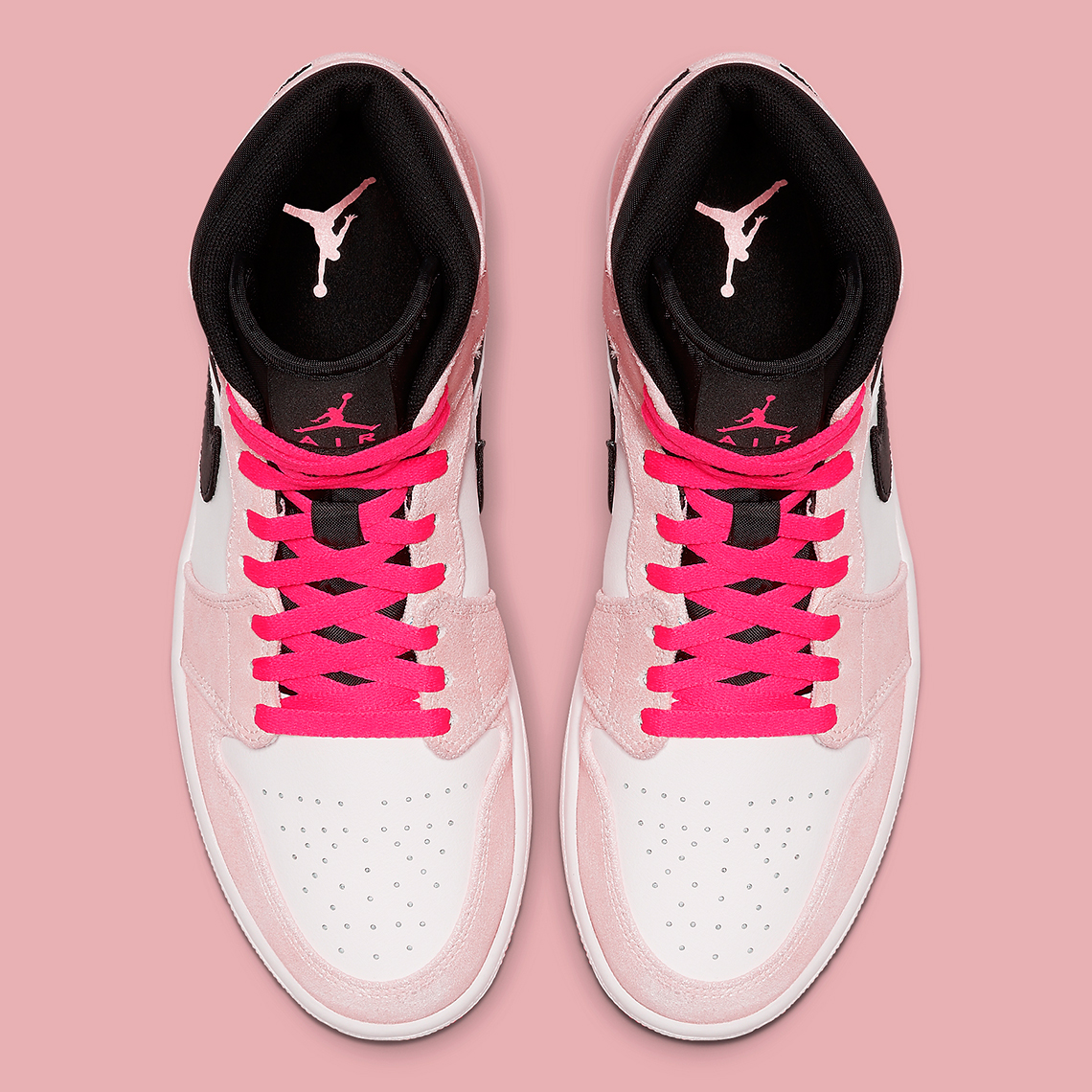 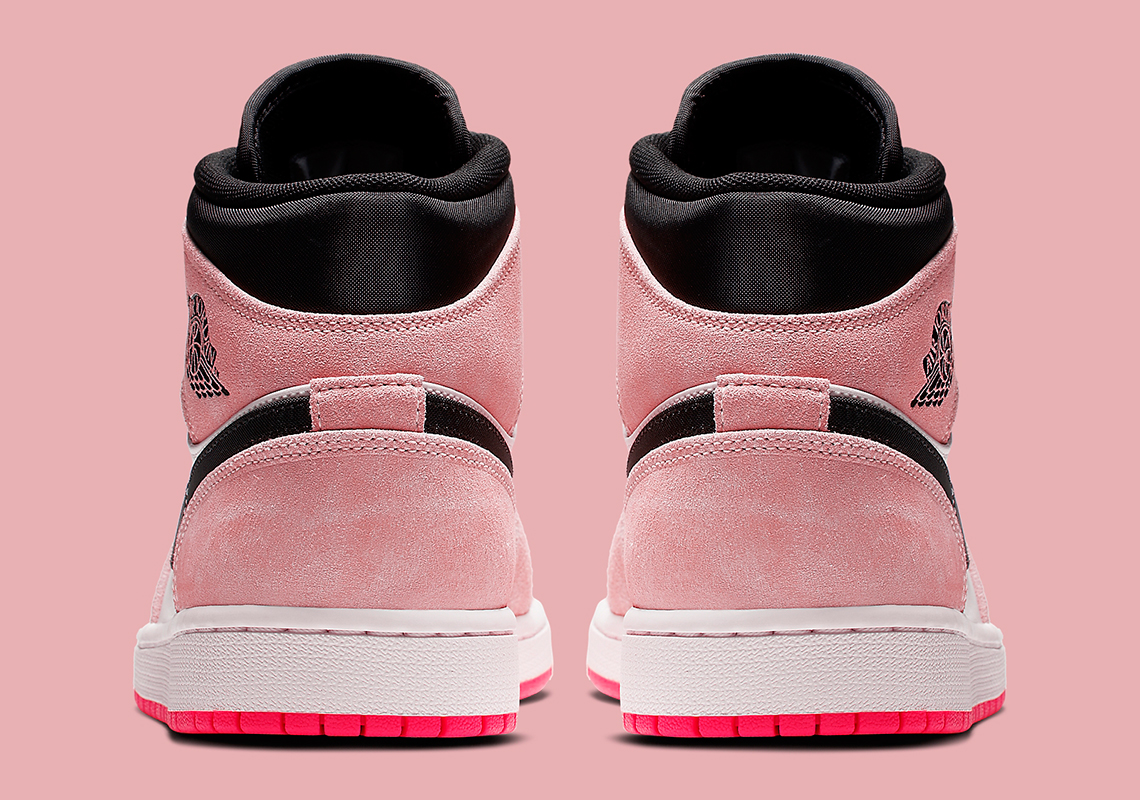 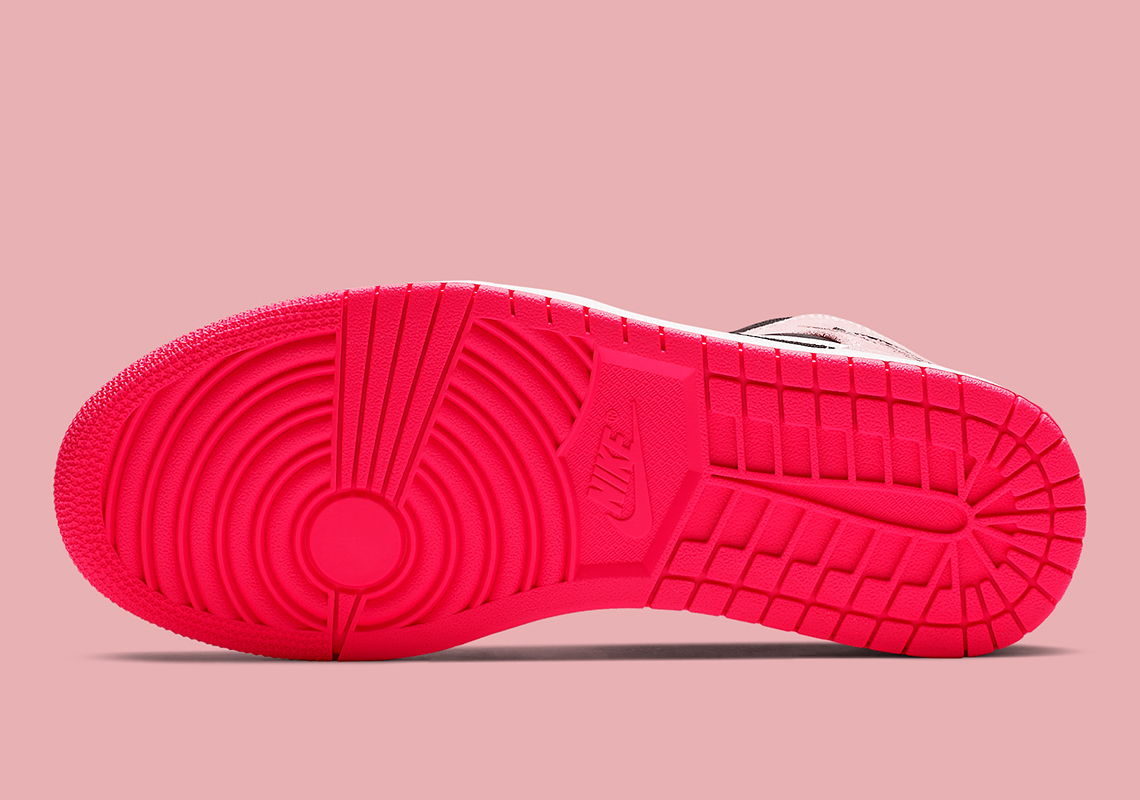