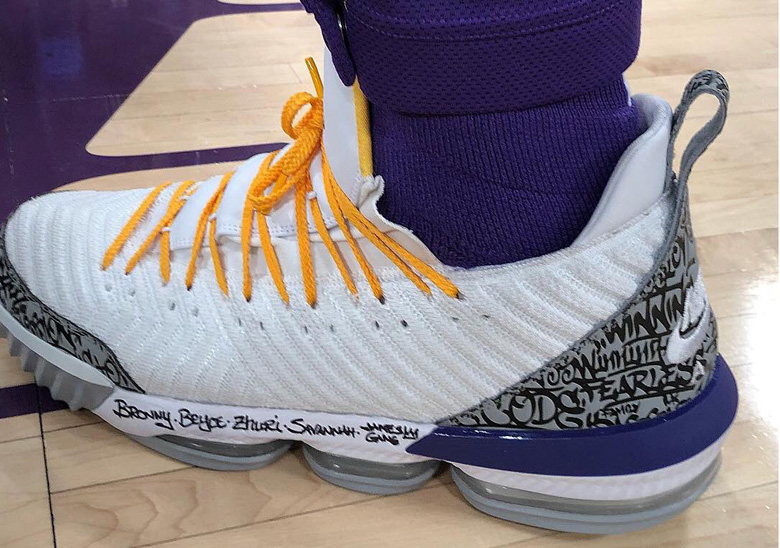 Michael Jordan vs. LeBron James is a debate that will never be settled. For the rest of time, their two careers will be intertwined and the “goat” debate will push on, pinning unmatched athletic ability up against an undefeated Finals record and unparalleled greatness. Entering tonight’s game against the Denver Nuggets, the King was only 13 points behind the Jumpman to move into fourth on the all-time leading scoring list, serving as another feather of sorts on LeBron’s hat. To pay homage to Jordan, his iconic legacy left on the game of basketball, and his influence on the sneaker industry, James will play tonight’s game in an Air Jordan 3-inspired version of the LeBron 16.

Dressed in a clear LA Lakers color scheme fusing monarchial purple and gold hues, its toebox and heel equip layering borrowed straight from the 1988 Jumpman silhouette. While the Jordan 3 usually totes its instantly recognizable elephant print detailing, this version opts for “Remix” graffiti text reading influential phrases like “Fearless” and “Winning” on those embellishments. With no plans for a retail release, grab a detailed look at these LeBron 16 PEs ahead and be sure to tune into the Lakers game as LeBron is all but guaranteed to pass MJ on the scoring list. 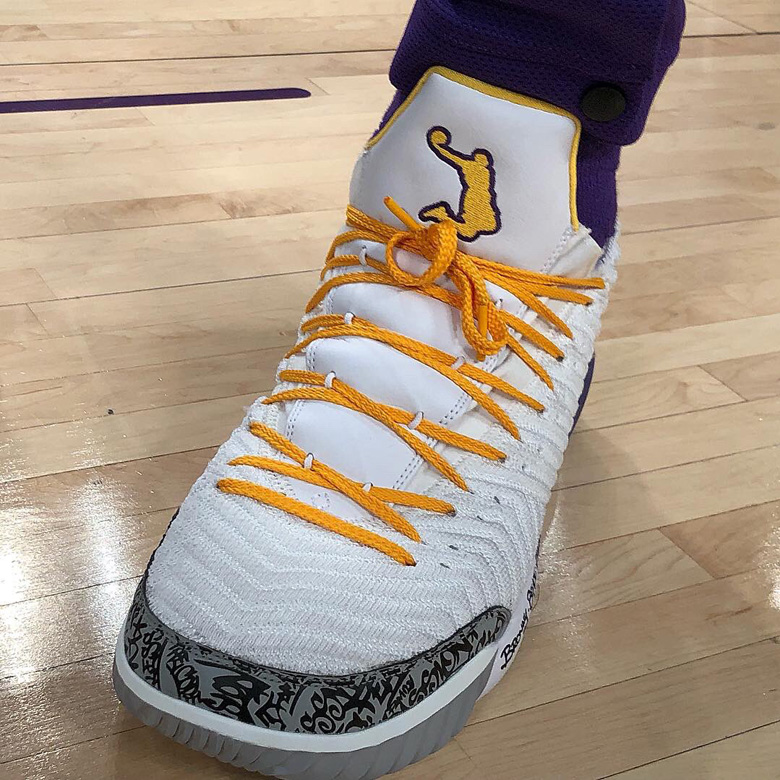 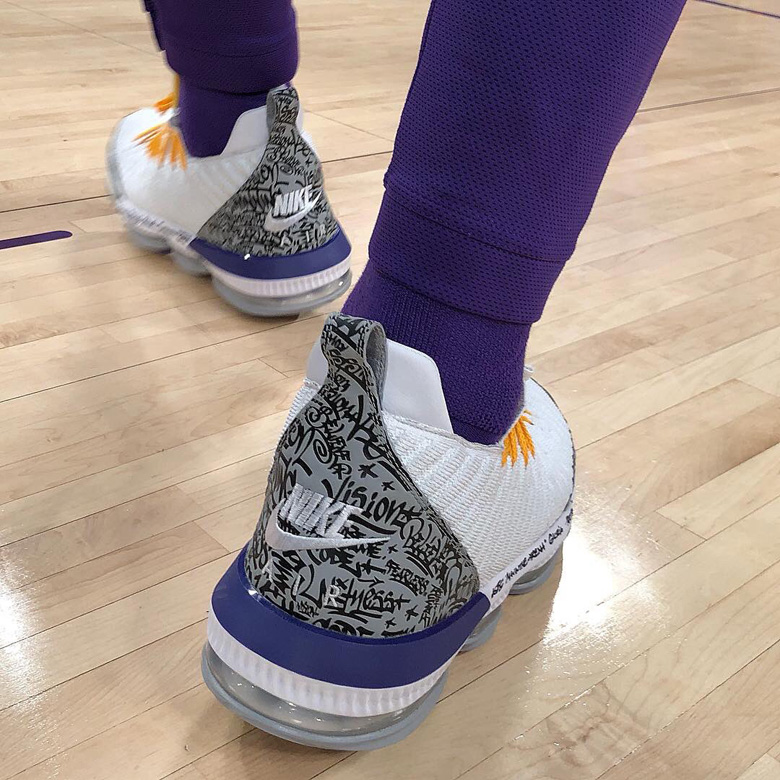