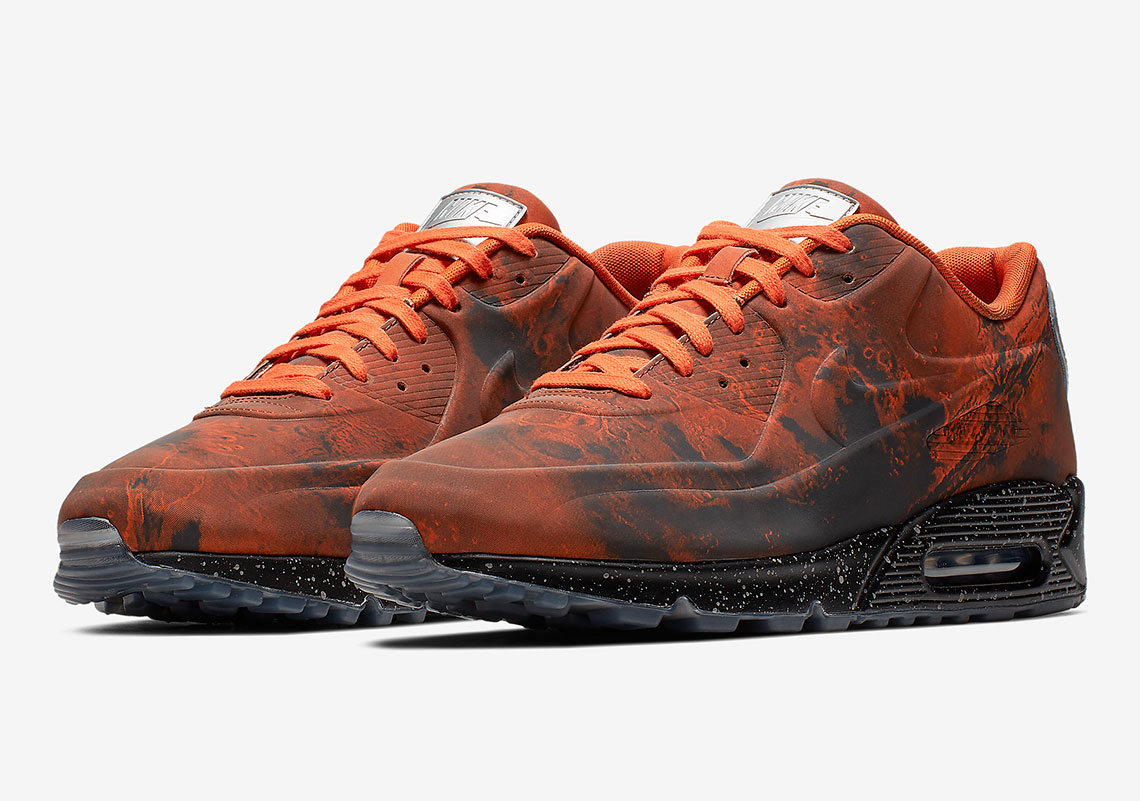 In July of 2014, Nike released one of the most unique Air Max 90 creations in the near three-decade long history of the iconic sneaker. Opting for the Lunar SP 90 version of the famed silhouette, the entirety of the Moon Landing‘s upper came adorned in a graphic of the moon’s surface – craters and all – as an obvious nod to the Lunar-cushioned sole unit featured on this less-utilized version of the 1990 classic. Complete with stars and stripes decals on the left and right heel, this crafty design has gone on to demand a resale price nearing the thousand dollar mark in certain sizes.

Now five years later, it appears that the Swoosh is set to release an unofficial sequel of sorts by way of this Air Max 90 “Mars Landing” you see featured here. Boasting a similar aesthetic, it swaps out the mundane color scheme of earth’s lone moon with the fiery Mars Stone and Magma Orange combination you see here that is more liken to the Red Planet. This time around, Beaverton has added this celestial details to the AM90 base model, coming equipped with its customary sole unit that shows off a black paint splattered motif on this particular creation. Enjoy a first look at the Air Max 90 “Mars Landing” here and stay tuned for its March 16th release.

Update: The Nike Air Max 90 “Mars Landing” will be releasing in PS and TD sizes as well. 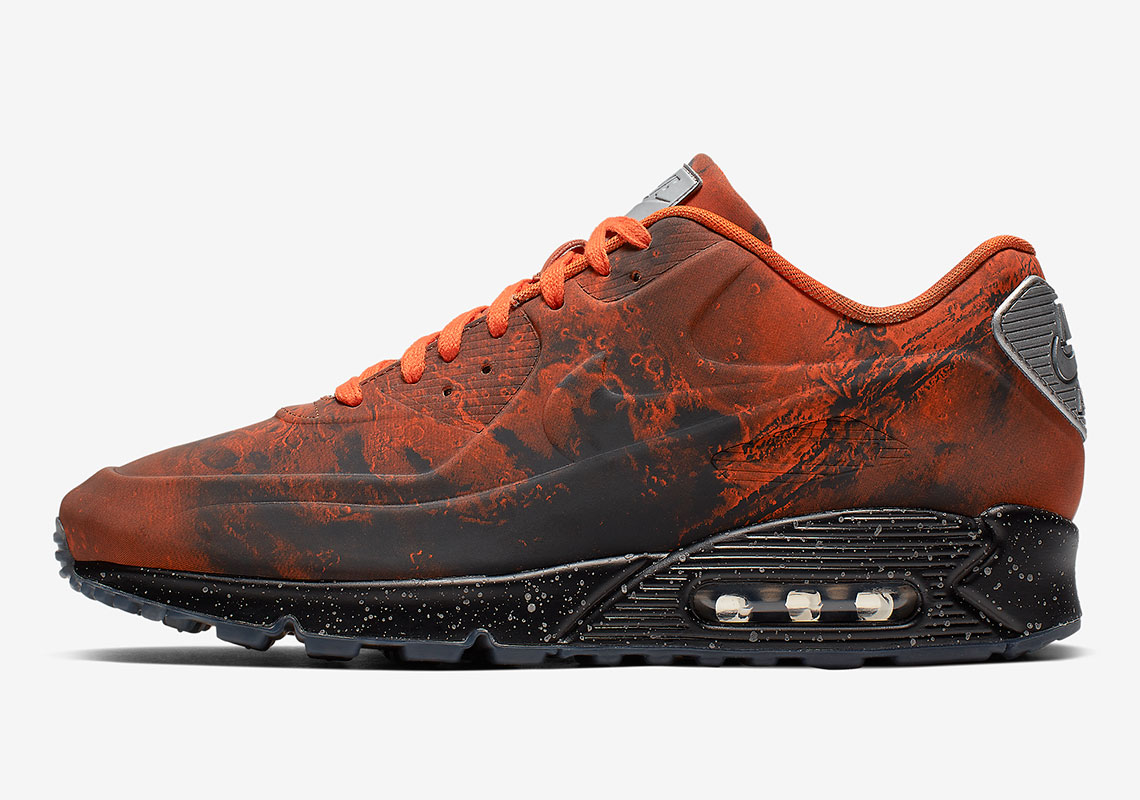 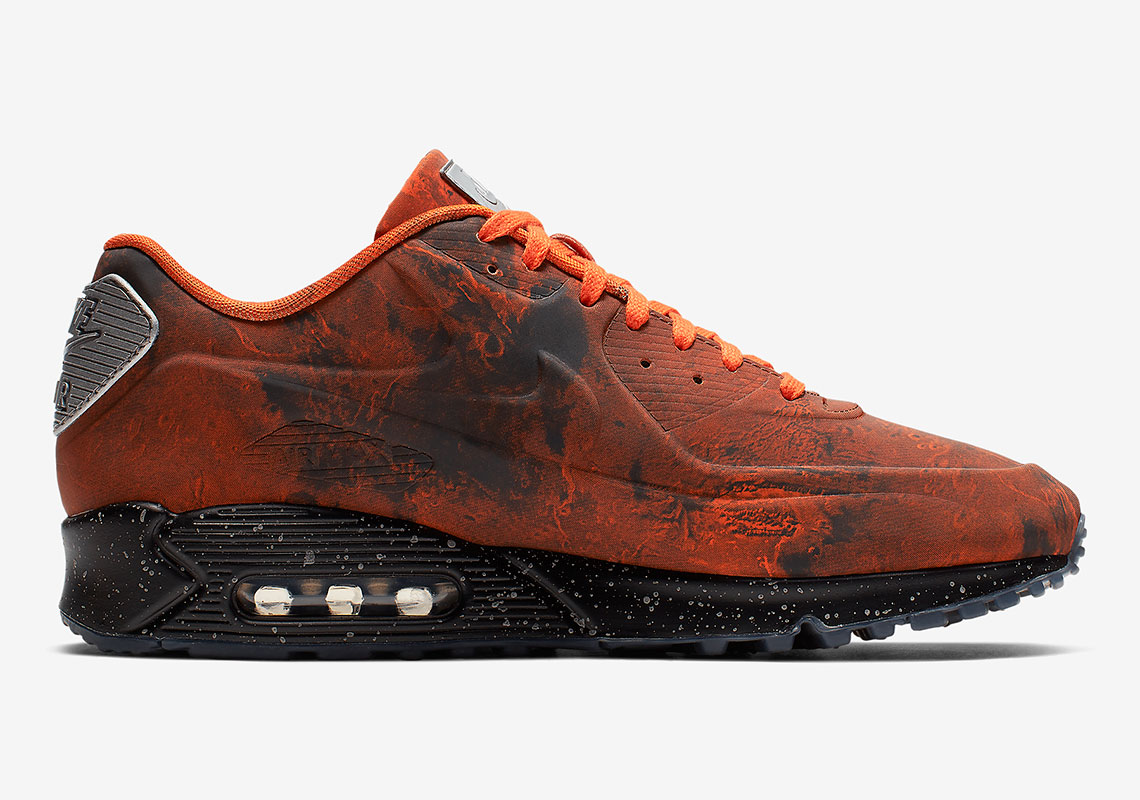 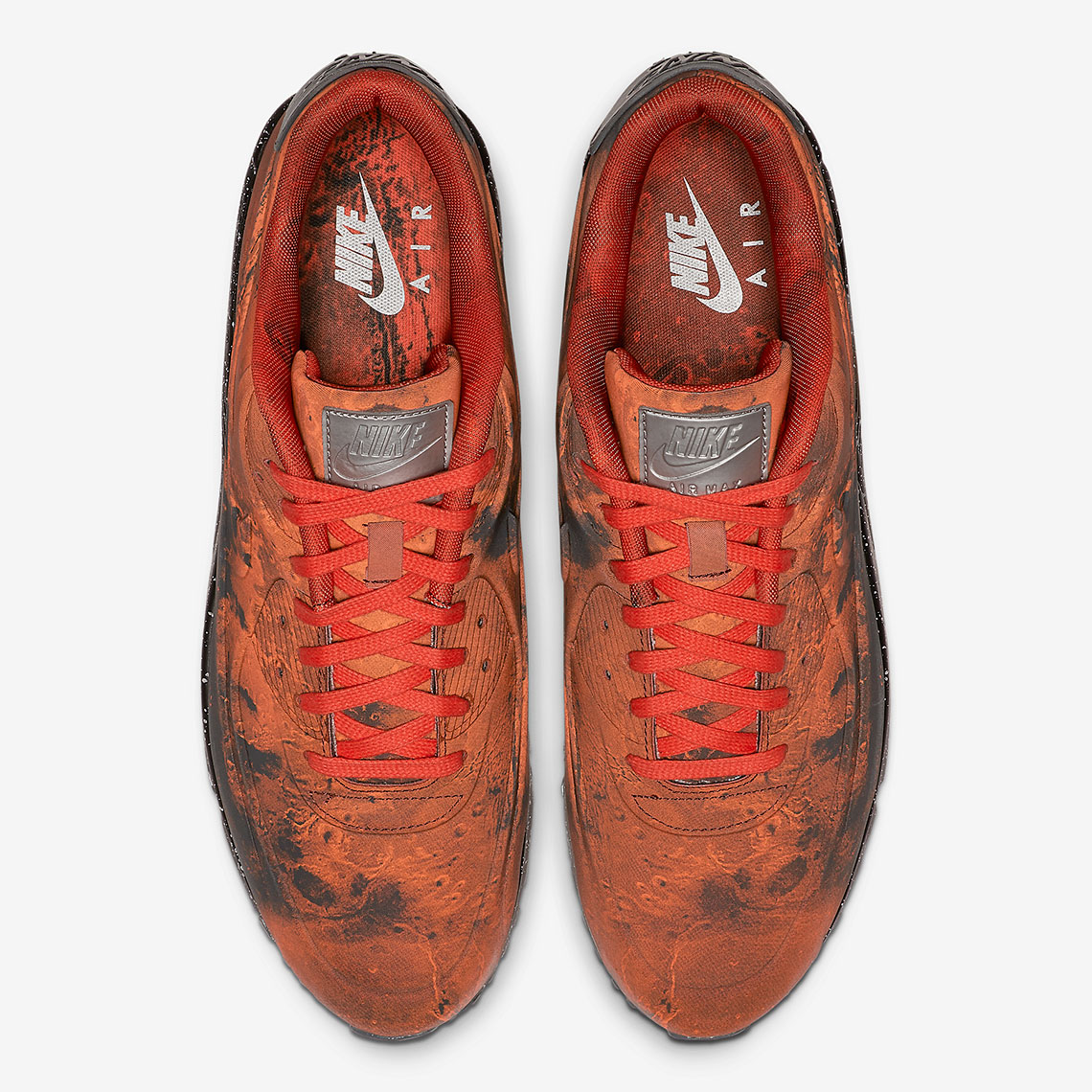 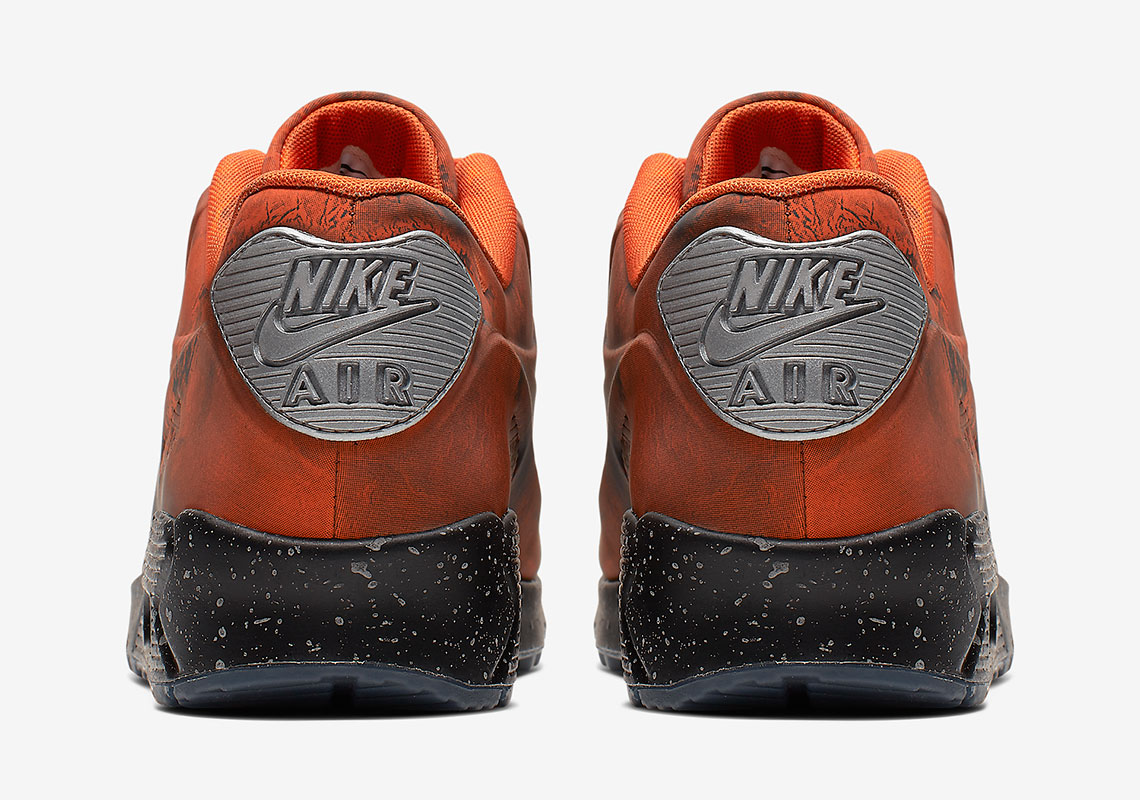 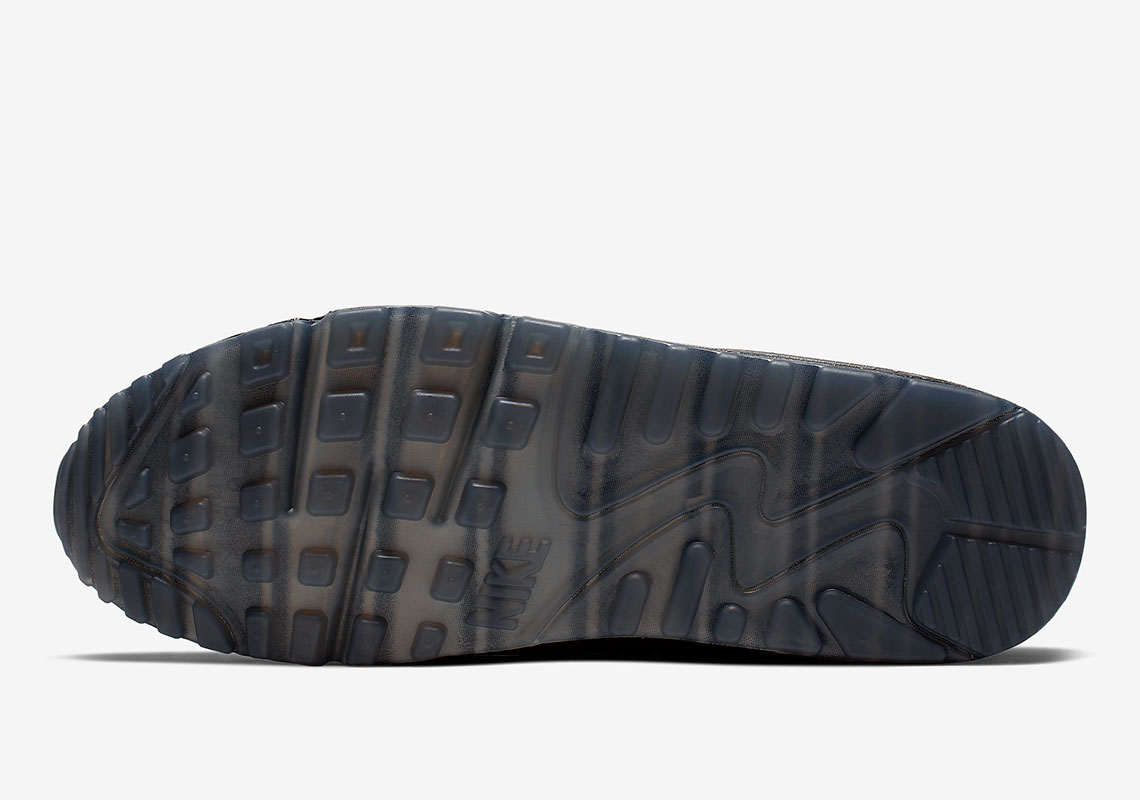