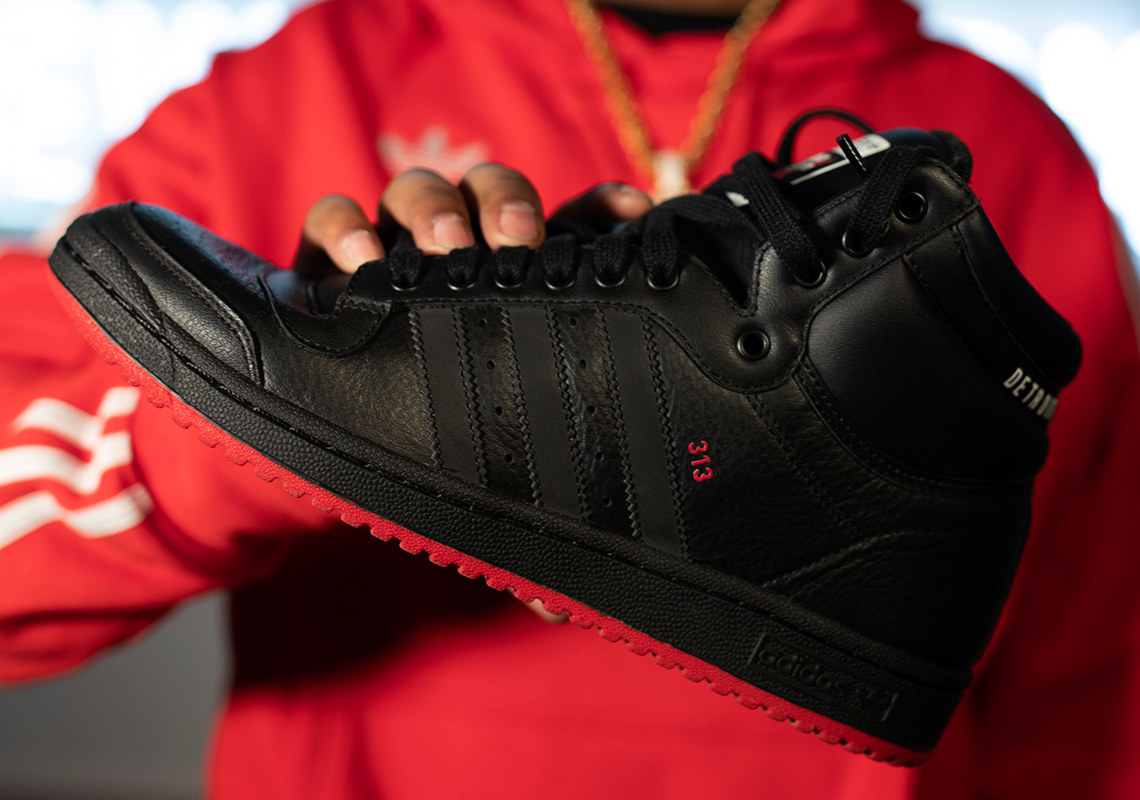 adidas Originals And Detroit Vs. Everybody Pay Homage To The Motor City With A Special Top Ten

Over the decades, the adidas Top Ten has become a physical symbol of hard work, hustle, and style in Detroit. The go-to shoe for the city’s finest entertainers, neighborhood superheroes, and cultural figures, it was — and still is — an unequaled status symbol in the Motor City. Now, adidas is taking that connection a step further, linking up with designer Tommey Walker and his Detroit Vs. Everybody label for a special take on the classic high-top in honor of “313 Day,” a celebration of Motown pride. Featuring a rich black leather as the base, the shoe’s city-centric accents arrive via a red “313” hit on the midfoot and a white “Detroit Vs. Everybody” embellishment on the padded collar. High-vis reflective stripes add a further flash of flair, and a red outsole completes the look. These special Top Tens retail for $120 USD and will release on March 13th at the Detroit Vs. Everybody flagship, as well as retailers like Mr. Alan’s, Burn Rubber, and Puffer Reds. They’ll also be accompanied by a special capsule collection of apparel made up of a hockey jersey ($180), a hoodie ($100), and two t-shirts ($35). Check out the entire collection below, and stay tuned for more info on the festivities surrounding the special shoes as well. 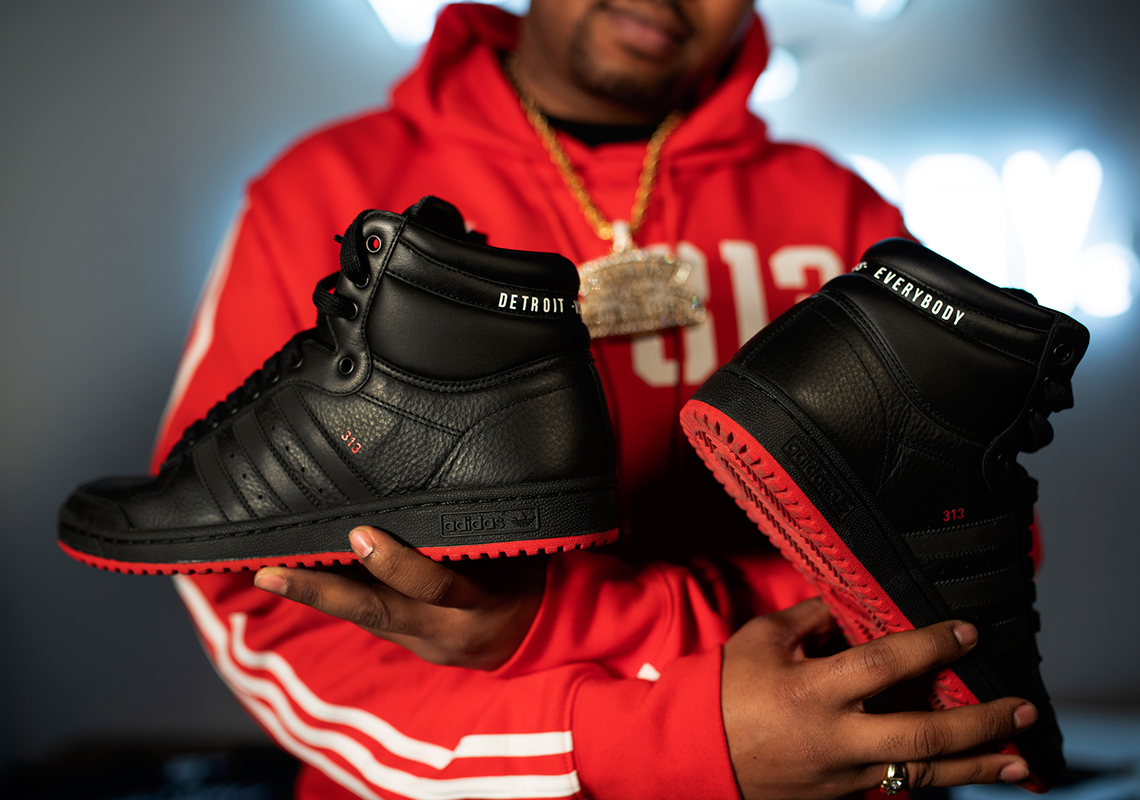 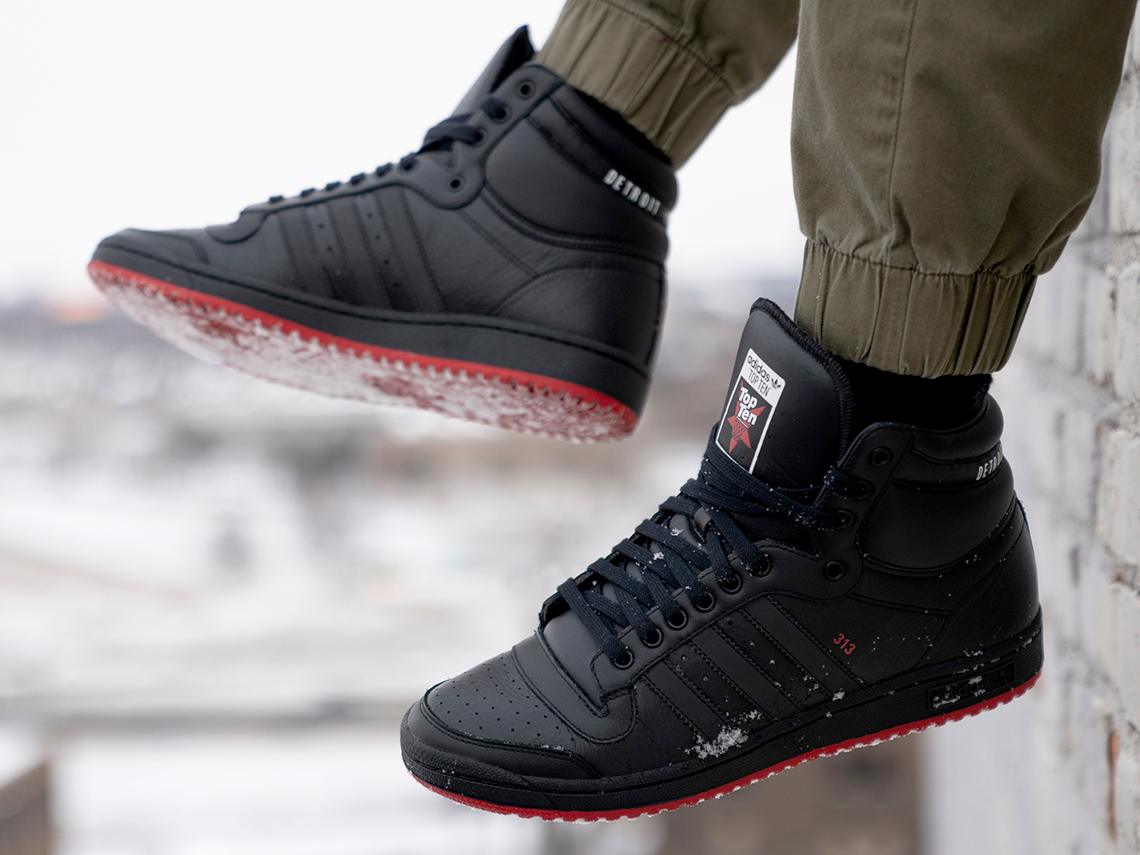 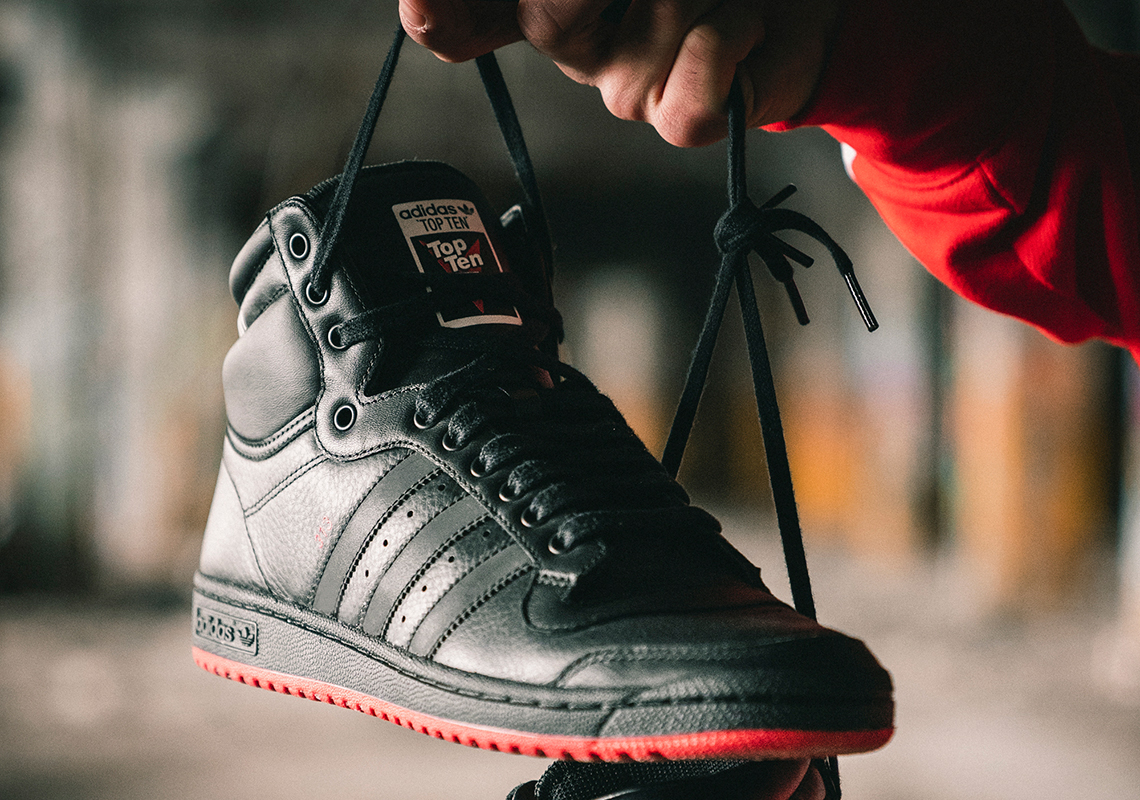 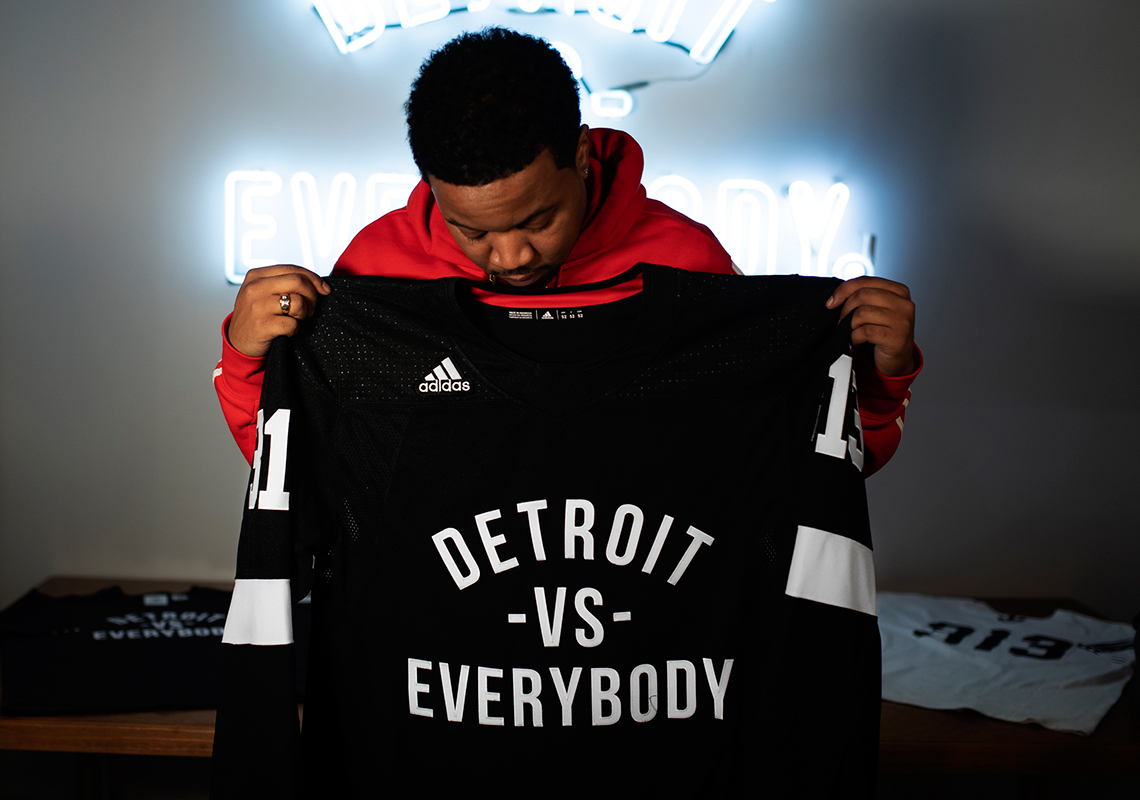 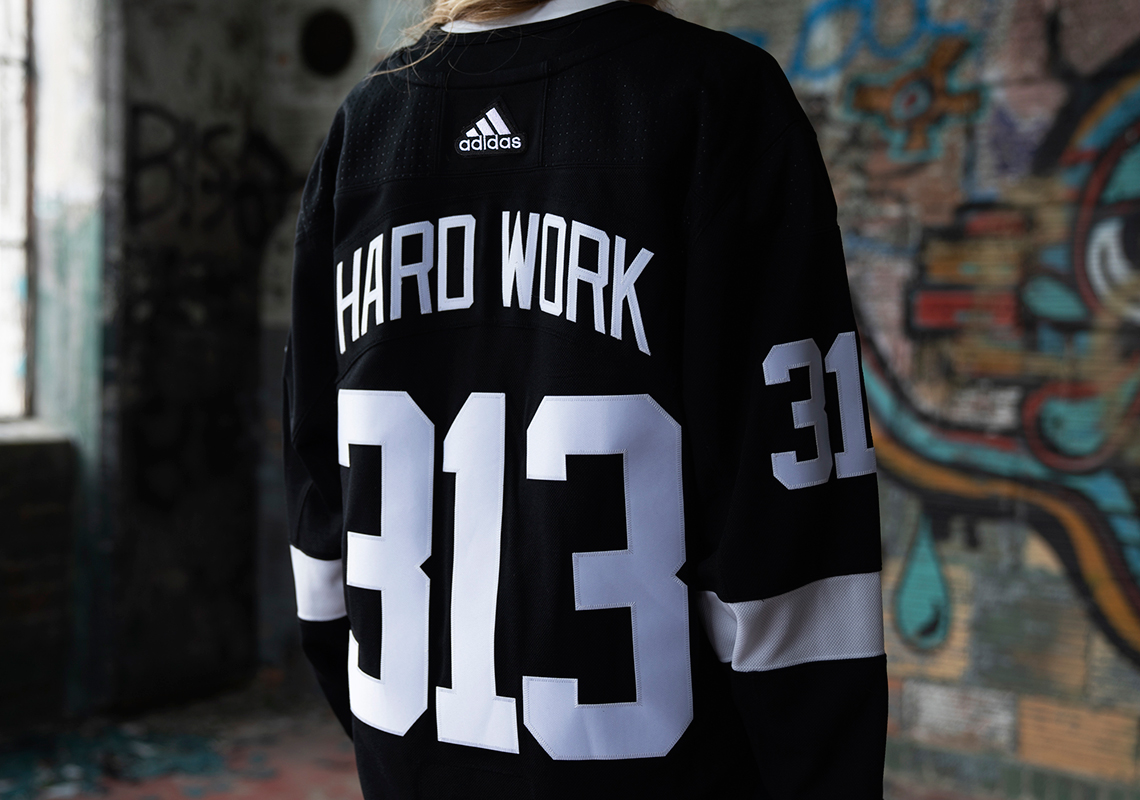 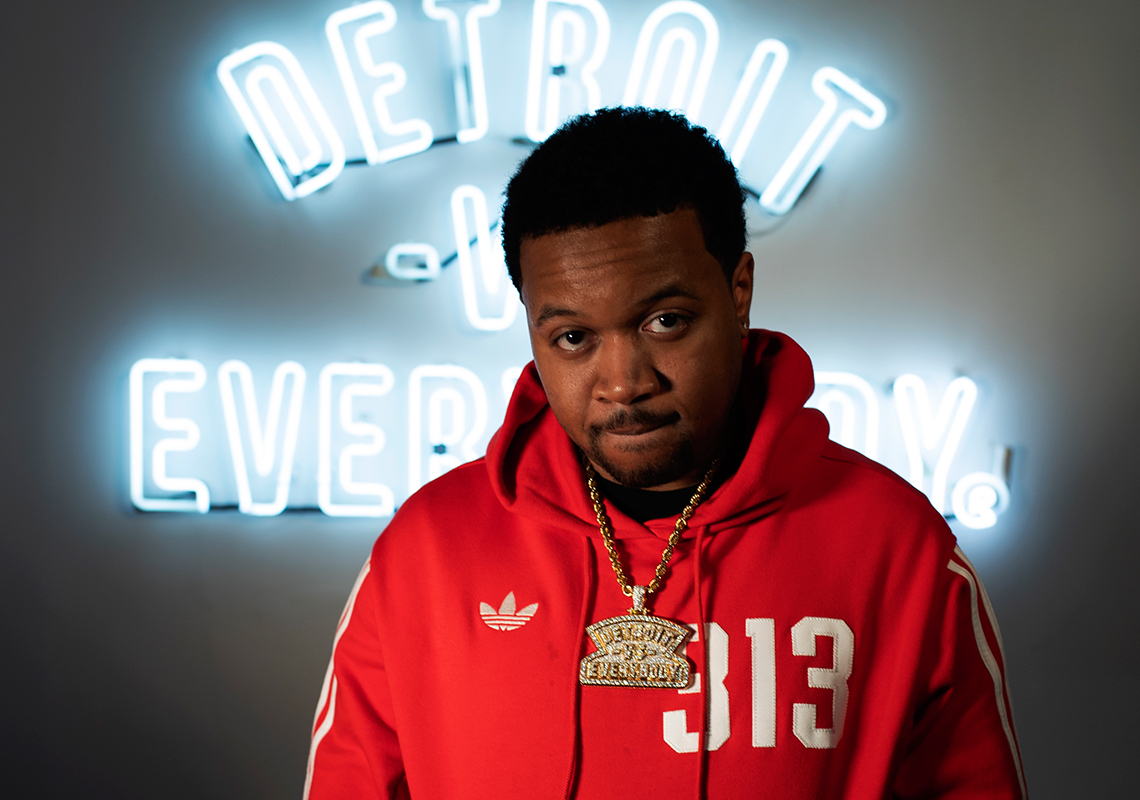 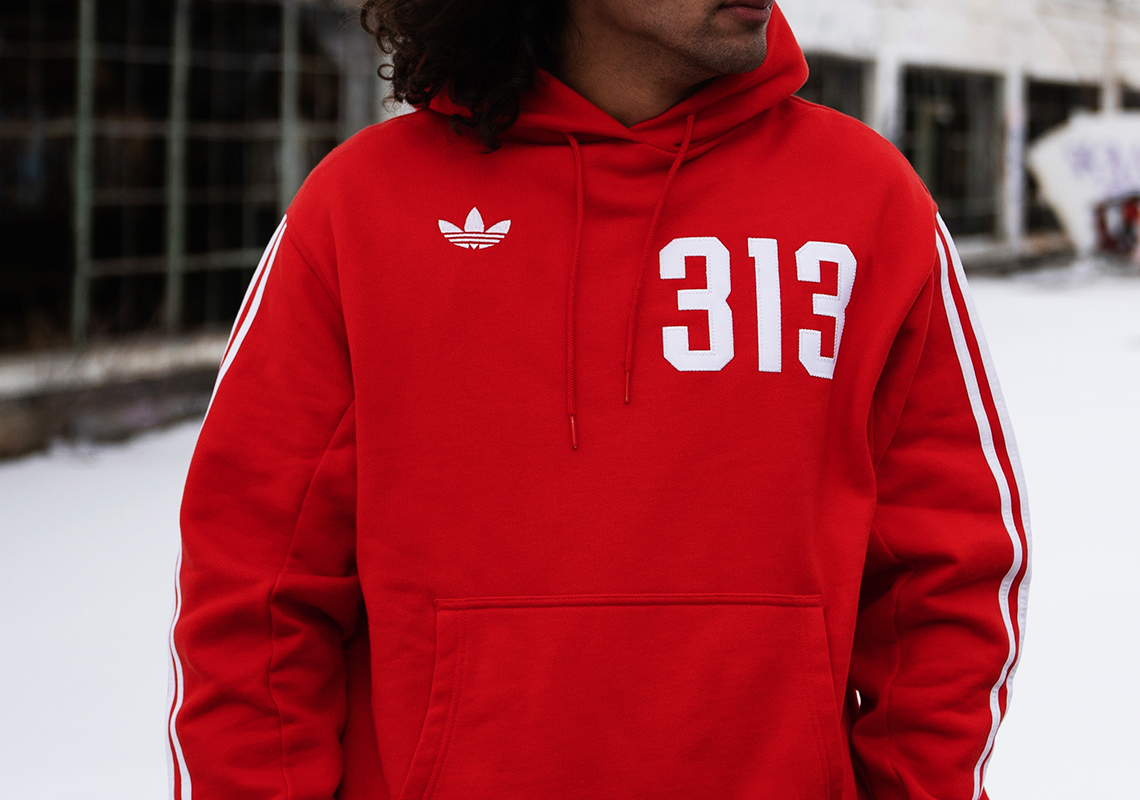 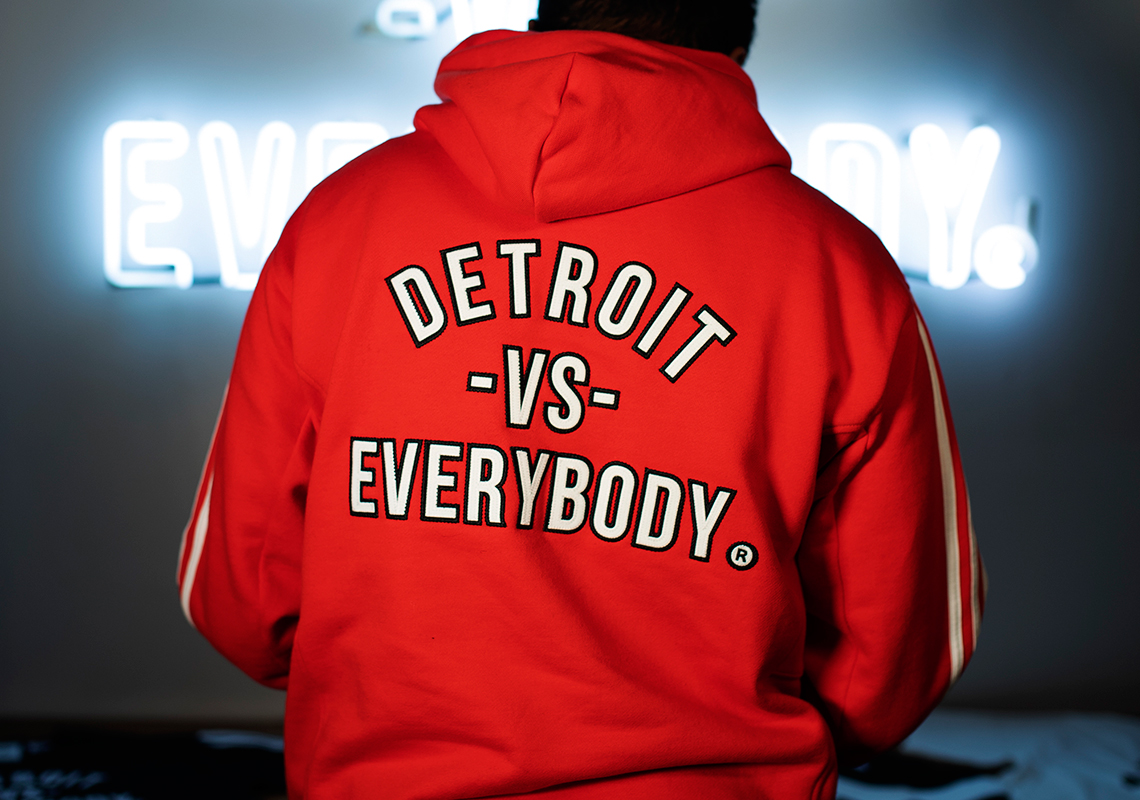 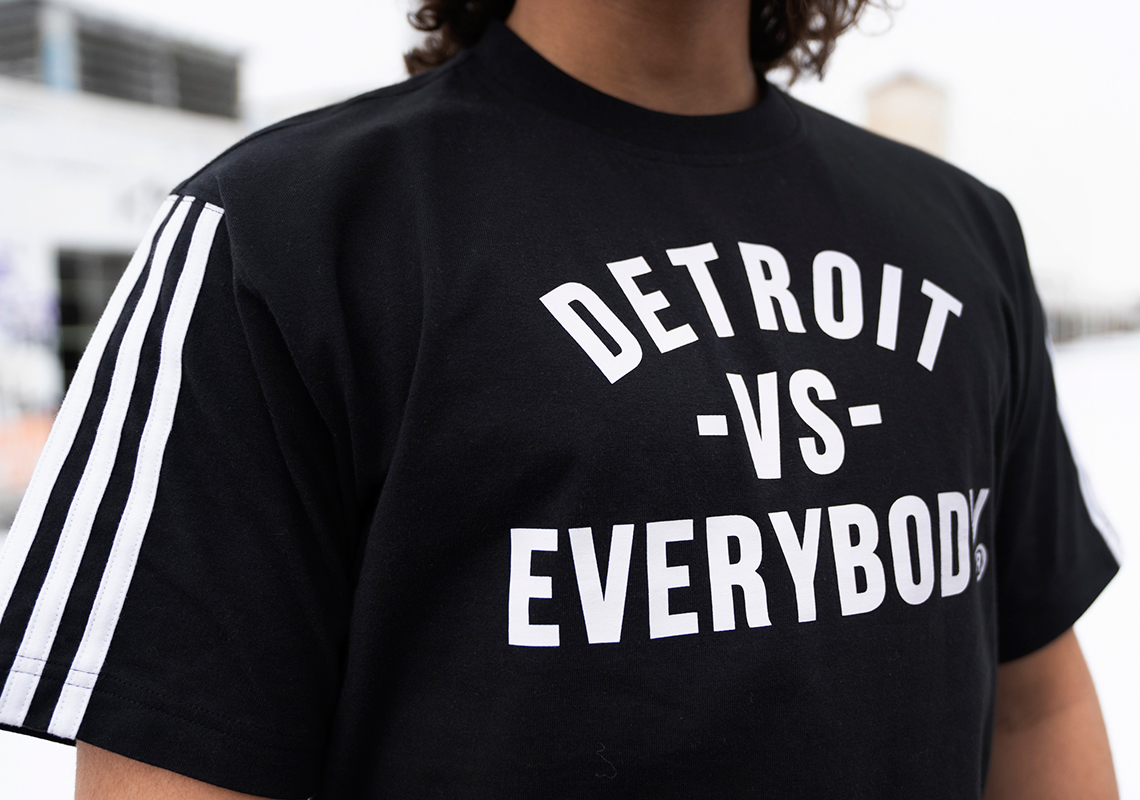 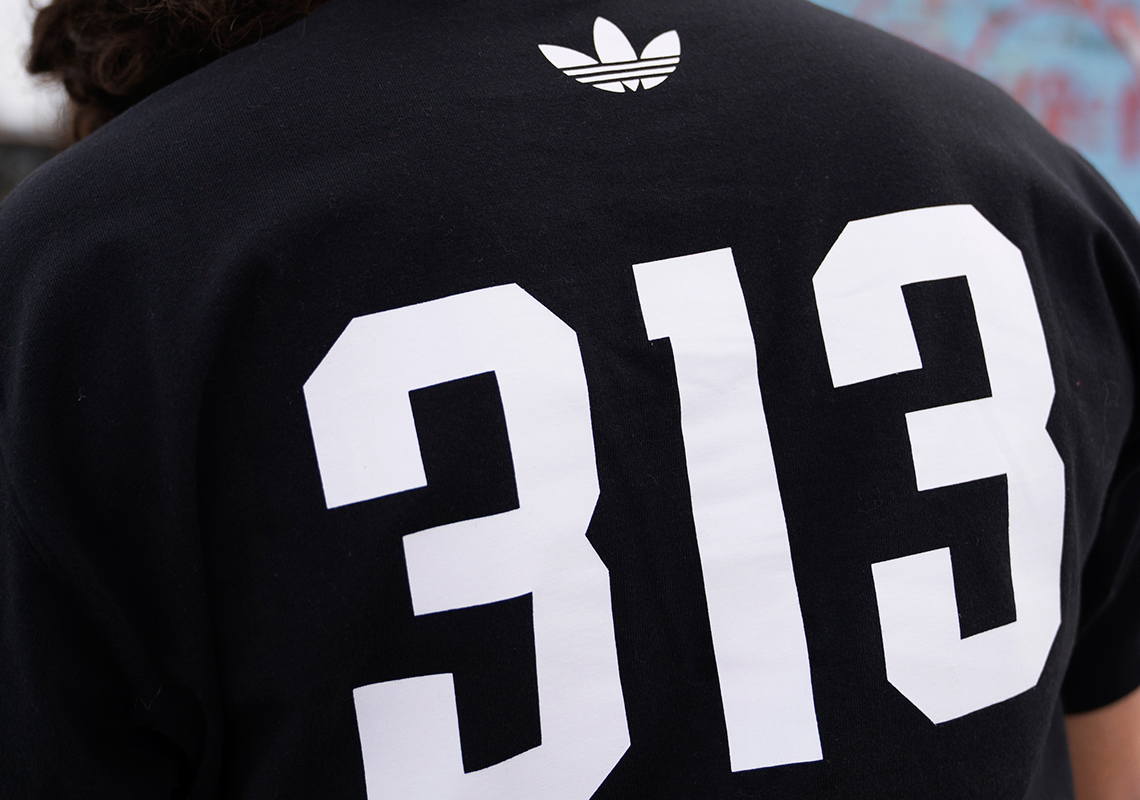 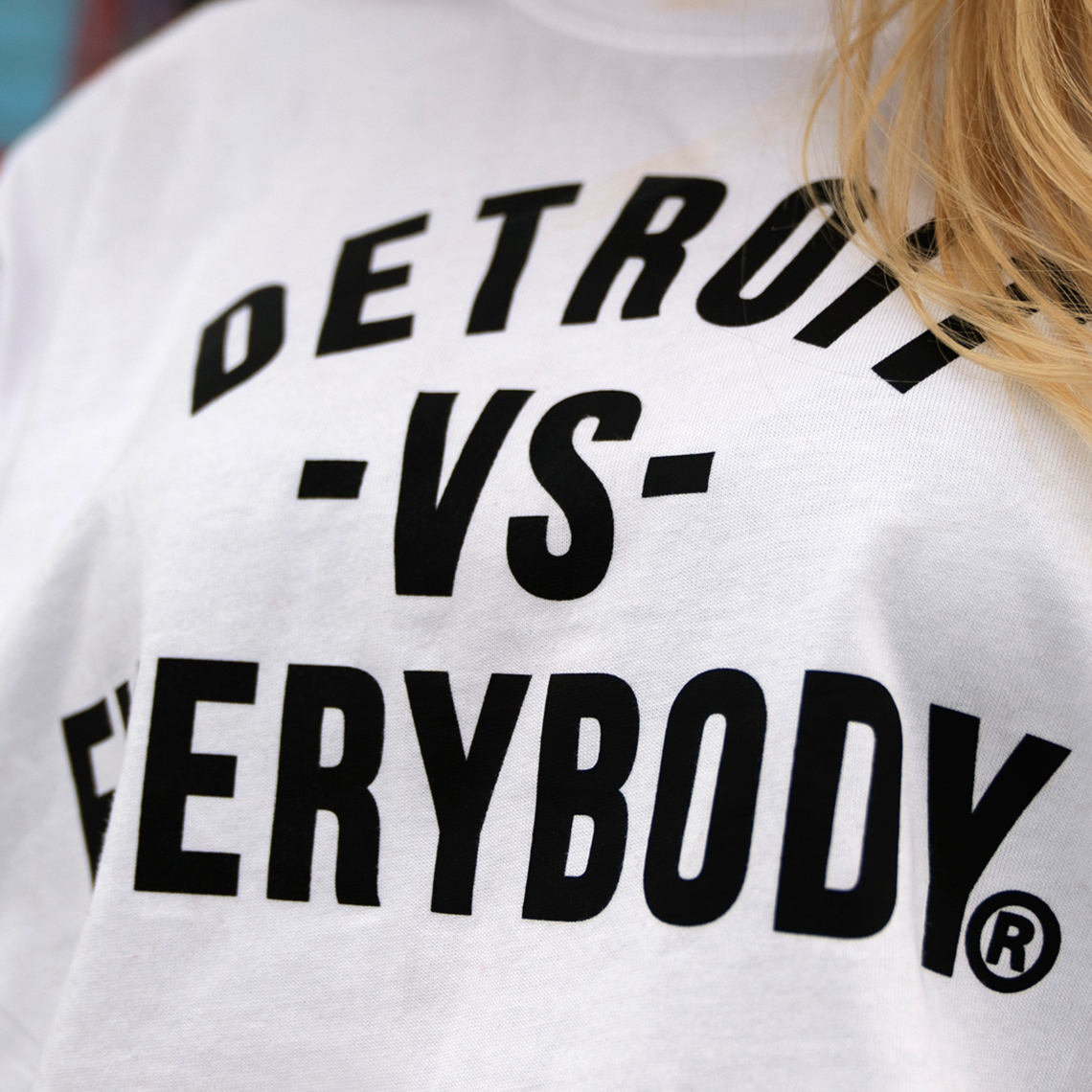 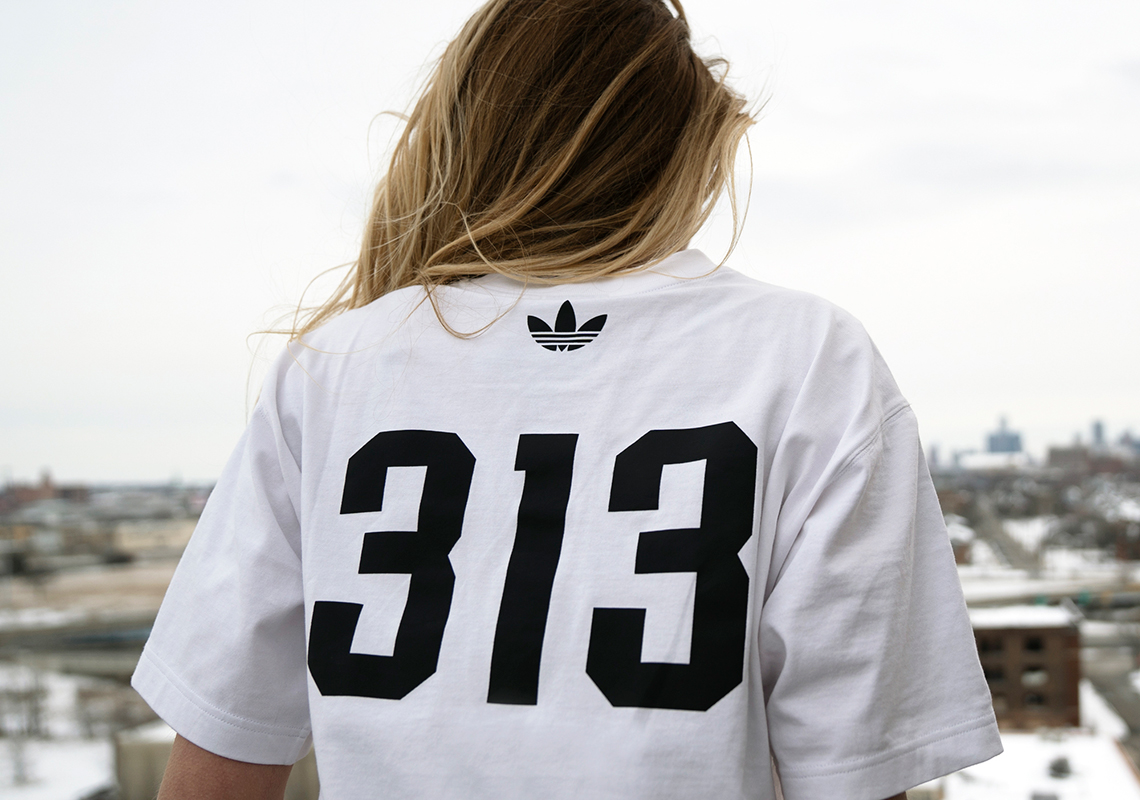