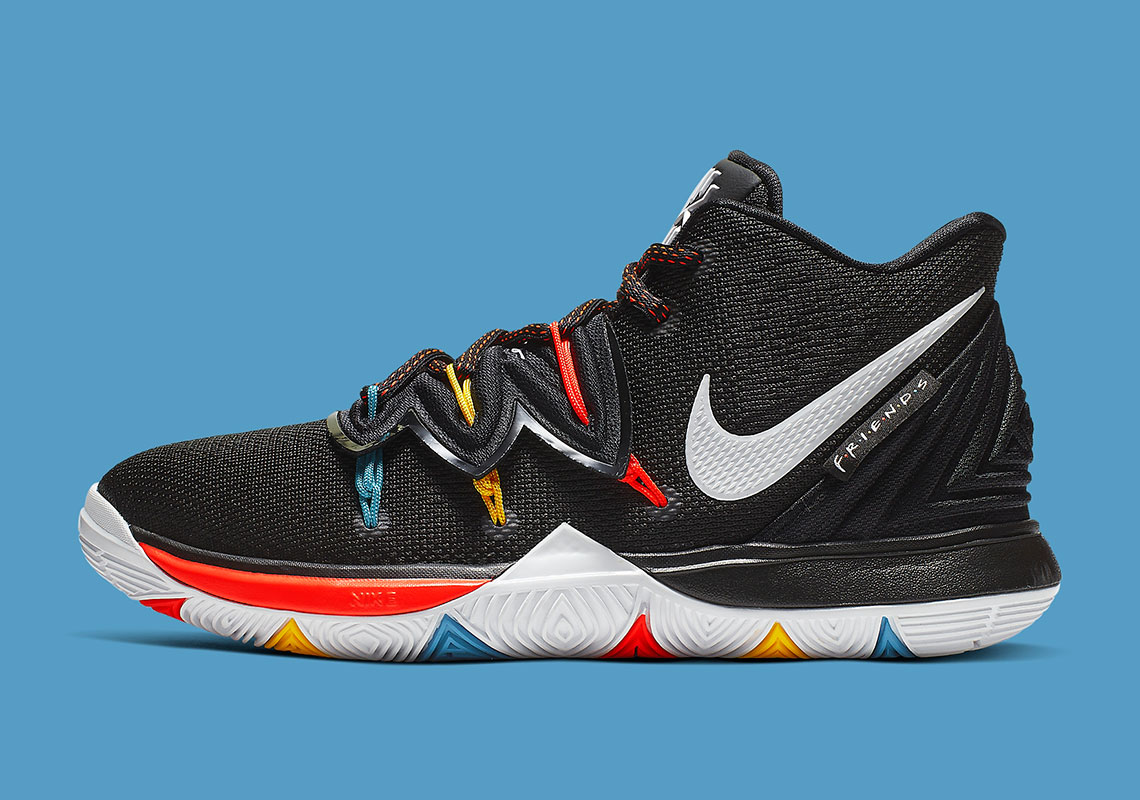 The overwhelming impact Friends has had on the viewing audience of today is immense, with even Kyrie Irving celebrating the award-winning and heavily nominated sitcom along his Kyrie 5 silhouette. Subtle in its execution though overt in its accents, the forthcoming colorway takes the model in a base form of black synthetics, with the intricately molded heel counter and upper staying neutral in appearance. Swooshes and the primary sections of the midsole are left a contrasting white with color coming through in sparing use. The triangular details hits found on the wave-like outsole add notes of red, yellow, and blue, colors that adorn the forefoot midsole and the overarching cord that crosses from the lateral over to the eyestay. In further connection to the iconic show logo, the pair also boasts a small hangtag of the recognizable logo hit, ensuring all are aware of the muse. Grab a detailed look here, and with official images now available, expect these to be arriving at select retailers as well as Nike.com soon. 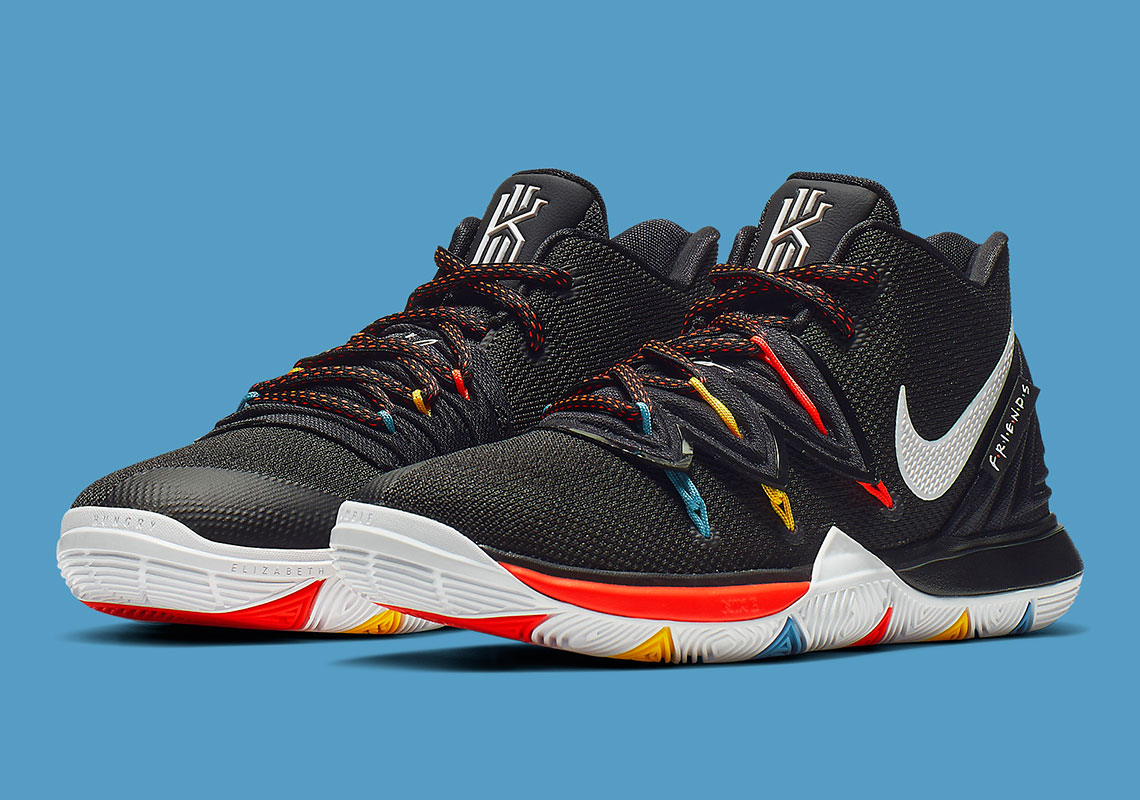 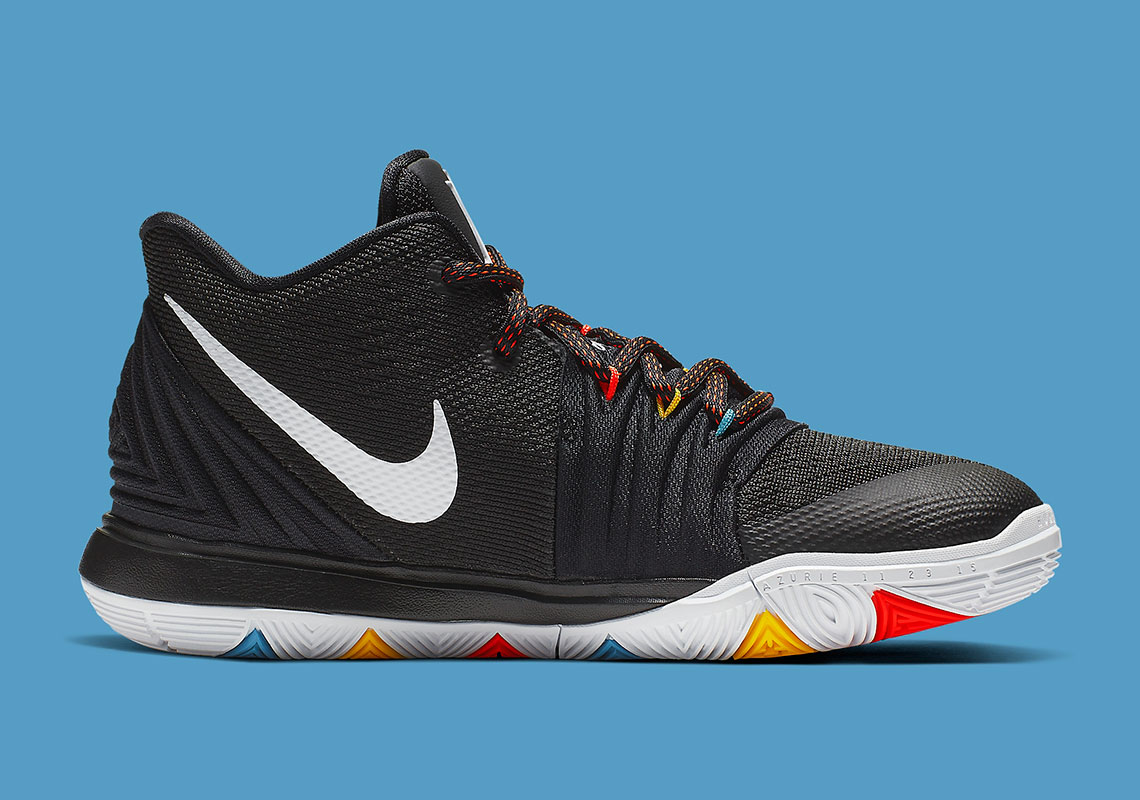 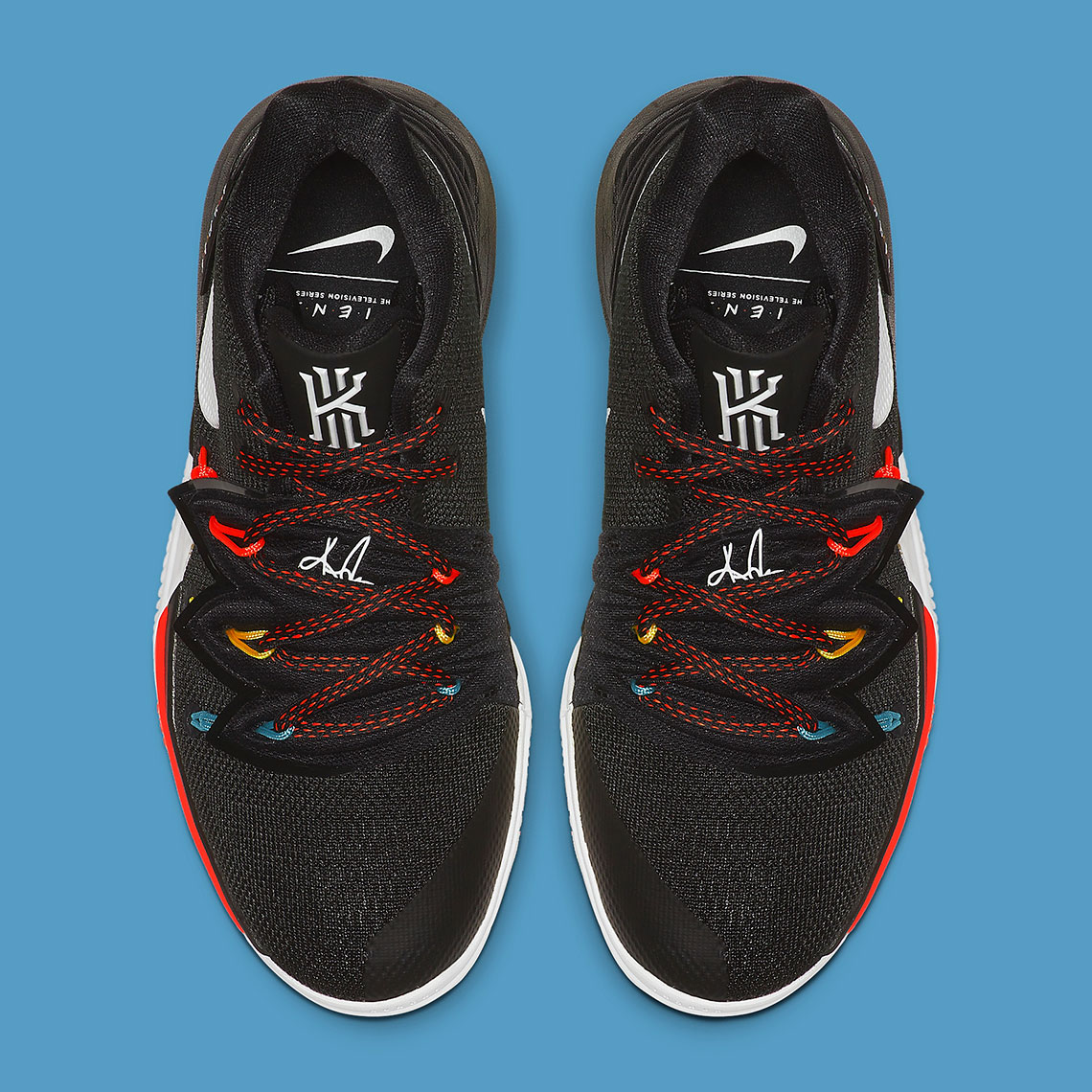 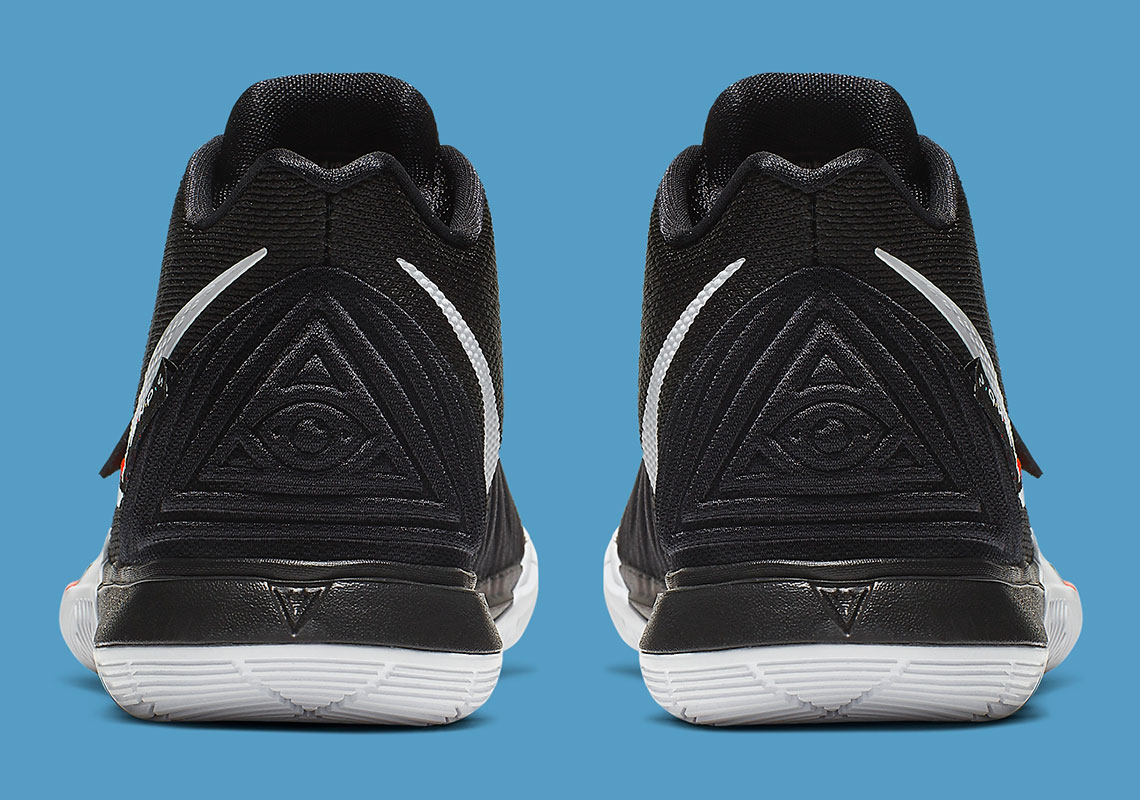 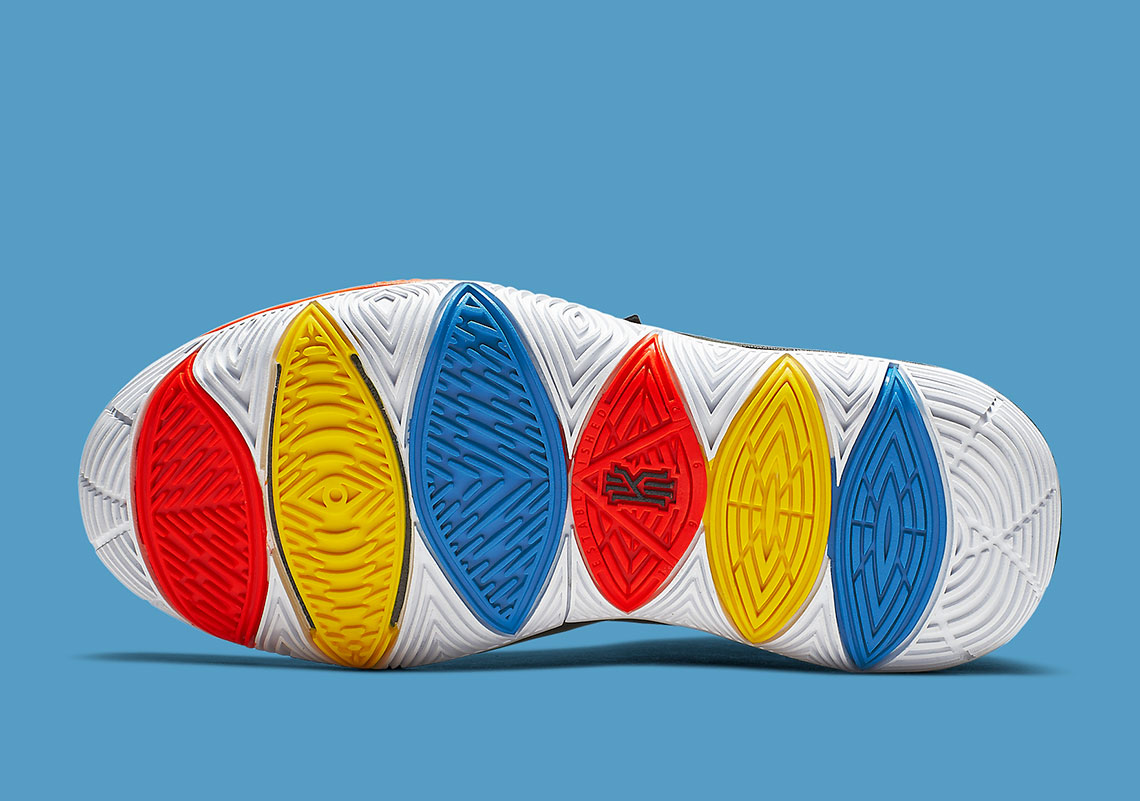