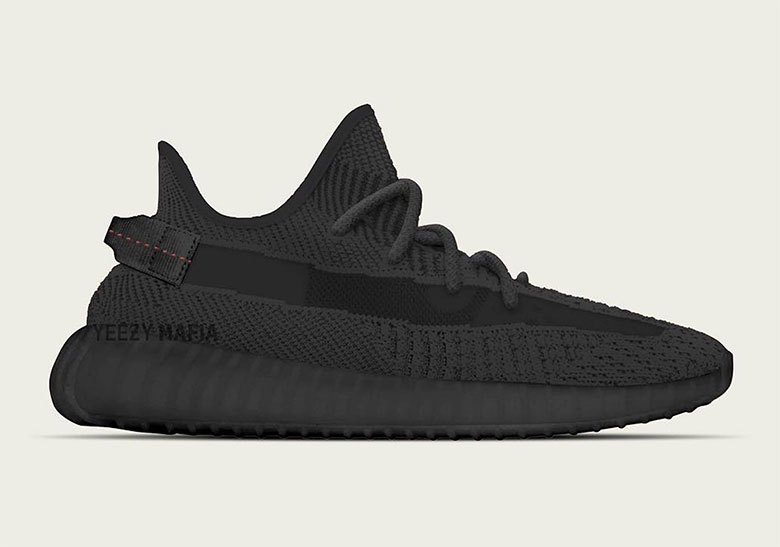 Kanye West’s steady deluge of adidas Yeezy sneakers is rolling right along this Summer quarter with yet another version of the brand’s flagship model. A “Triple Black” version of the adidas Yeezy Boost 350 v2 has been revealed, continuing the streak of semi-transparent mesh midfoot stripes in place of the classic SPLY-350 banner that had become a standard since its debut in September of 2017. Like the Pirate Black Yeezy 350 from August of 2015, this rumored blacked-out variety’s lone deviation from its monotone look arrives via red stitching on its familiar heel tab. With a release expected to go down “soon”, check the quick rendering and get caught up with all the adidas Yeezy 2019 releases that are confirmed for the year.