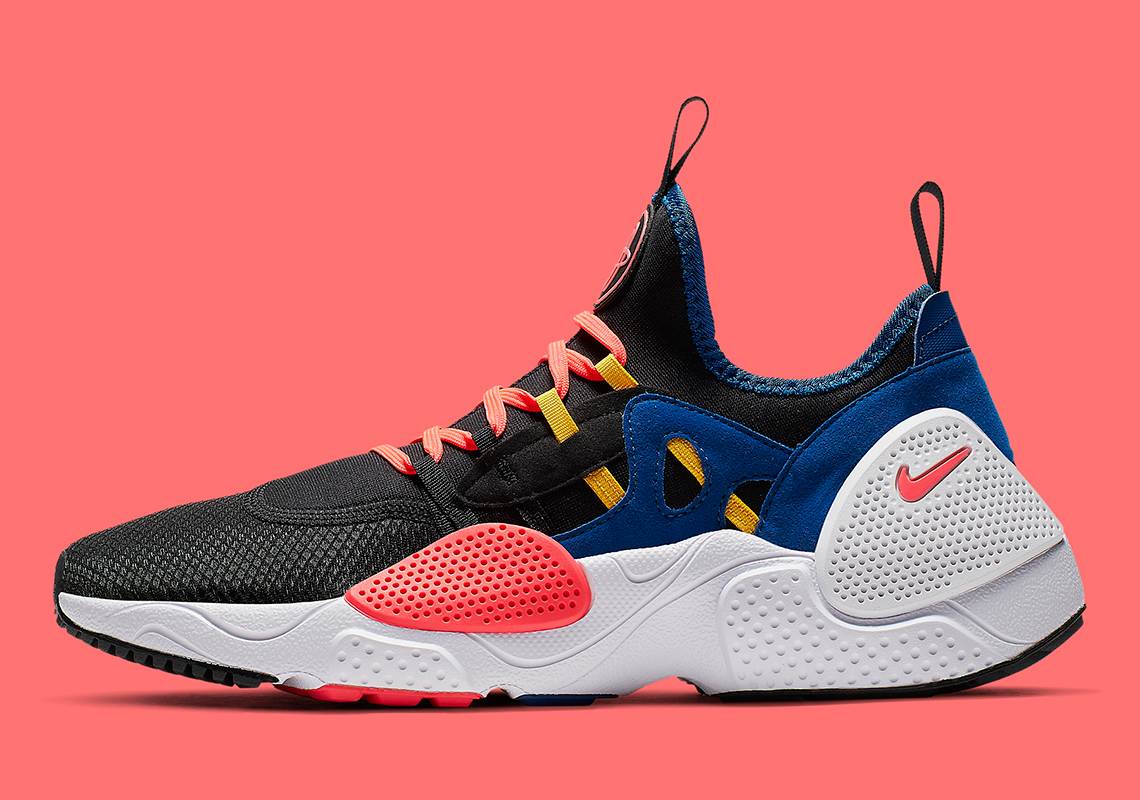 With the 2019 NBA Playoffs less than a week away, even the Swoosh Brand’s casual silhouettes are seemingly getting swept up in playoff fever, as the Huarache EDGE TXT is set to release in a Oklahoma City Thunder-style makeup this spring. A shoe that’s known for its compelling mixture of both textures and tones, this Huarache‘s invigorating color palette combines black neoprene and mesh for the base, while navy blue and yellow suede overlays appear towards the heel and on the midfoot. However, the clamshell pink accents on the laces, tongue badge, and forefoot’s plastic piece are unquestionably the most poignant of the bunch, offering an ultra-vibrant contrast against the white and black background. A white midsole and white heel clip add further to the speedy stylings, while the look is finalized by a tri-colored outsole. These new Nike shoes are available now, so check out a full set of official images below, and be sure to tune in next week to see how Russell Westbrook, Paul George, and the rest of the Thunder fare in the ultra-competitive Western Conference. 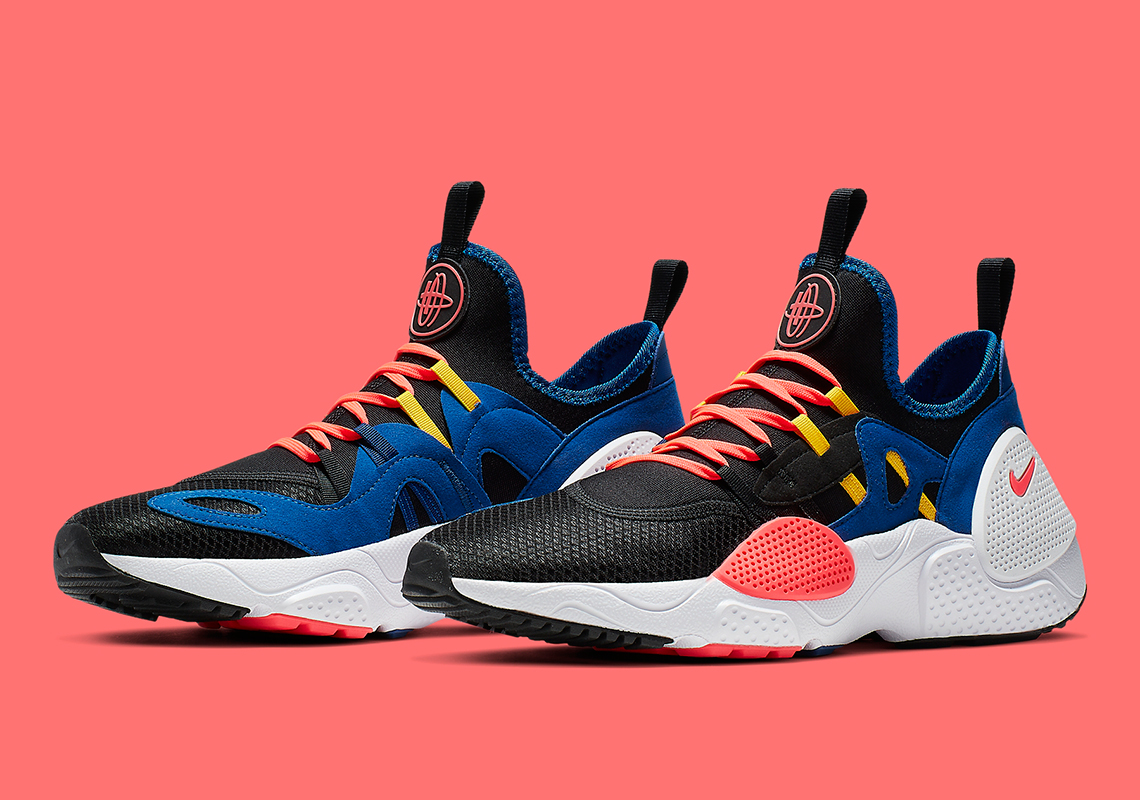 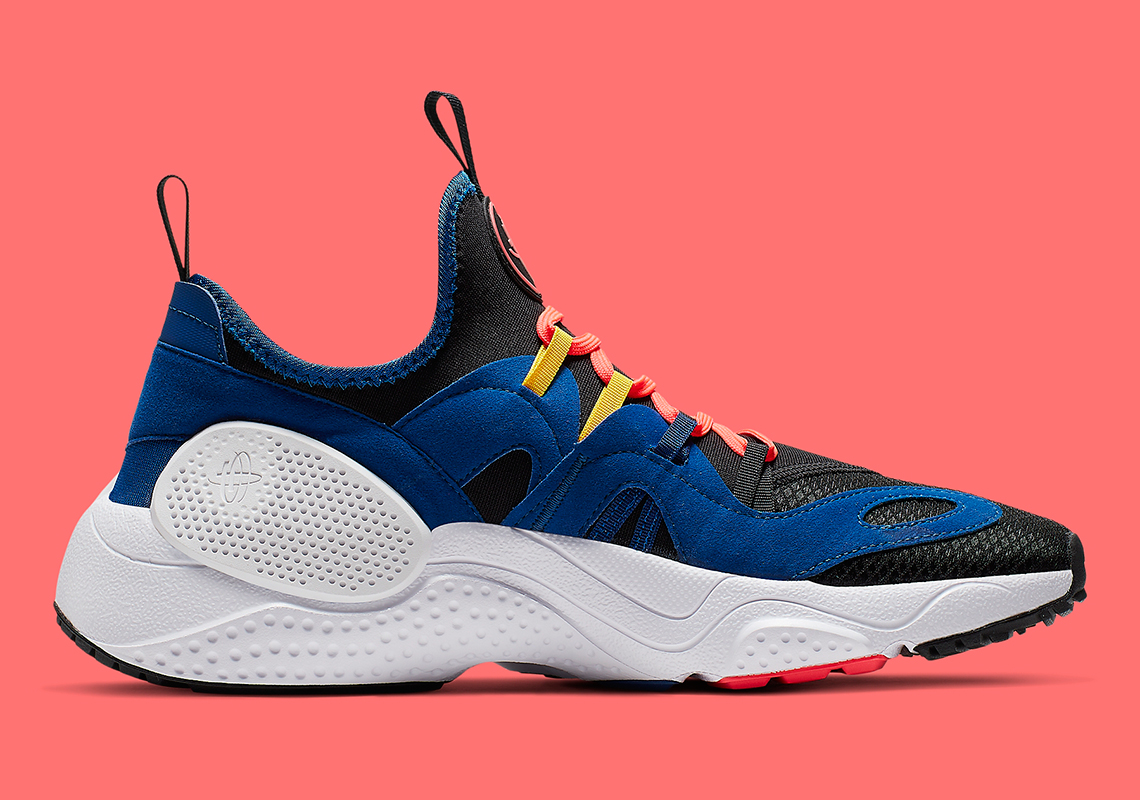 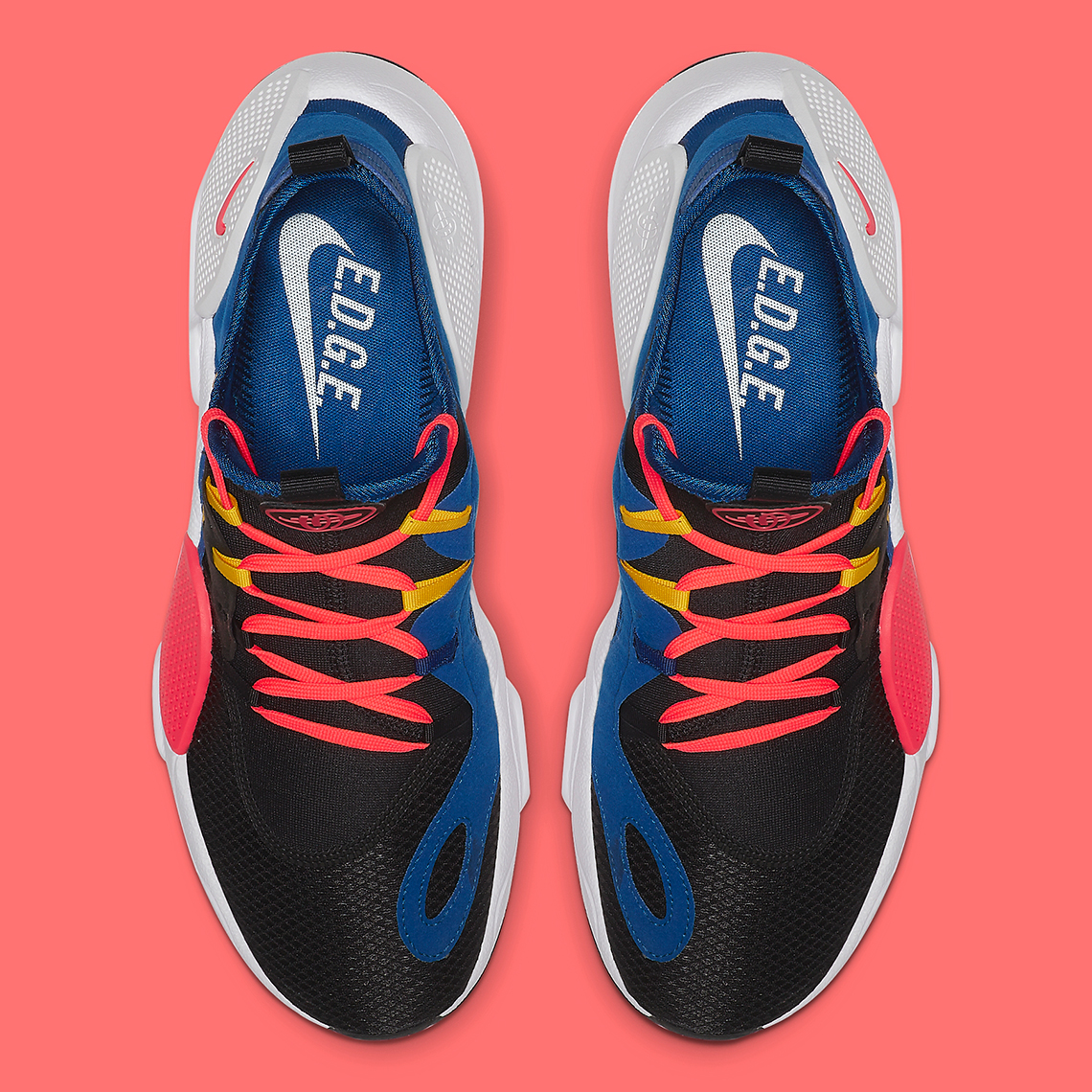 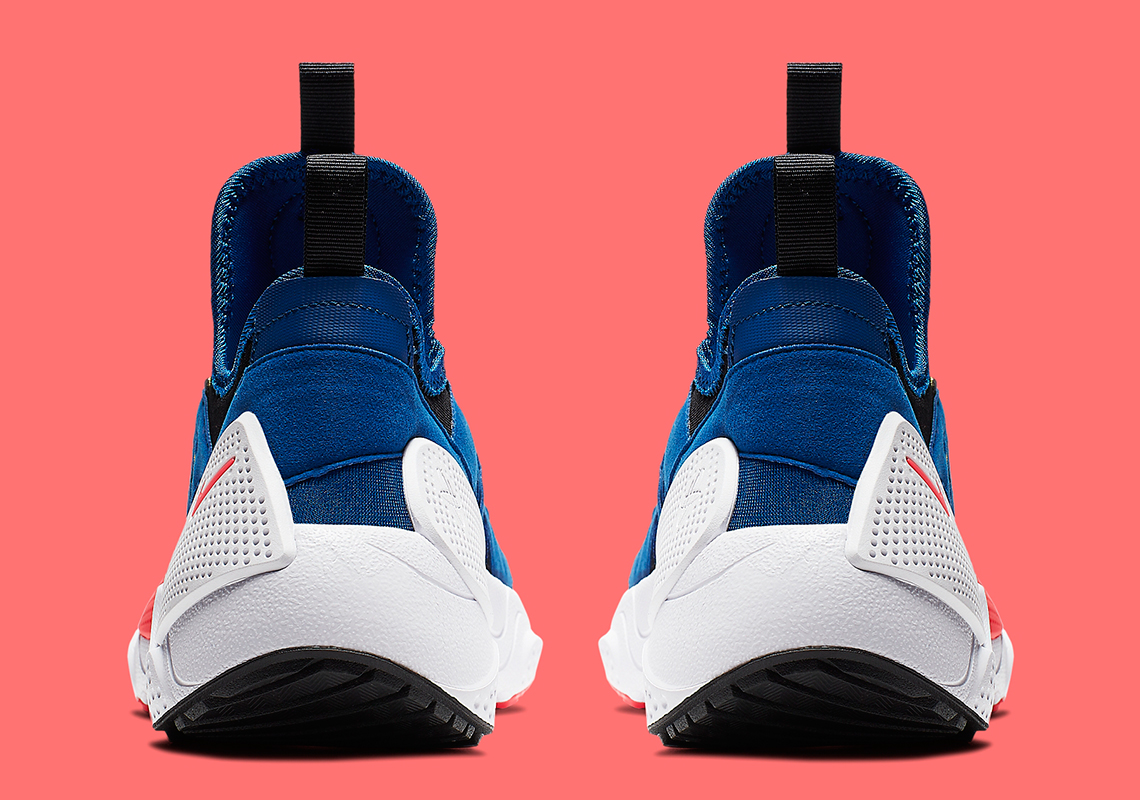 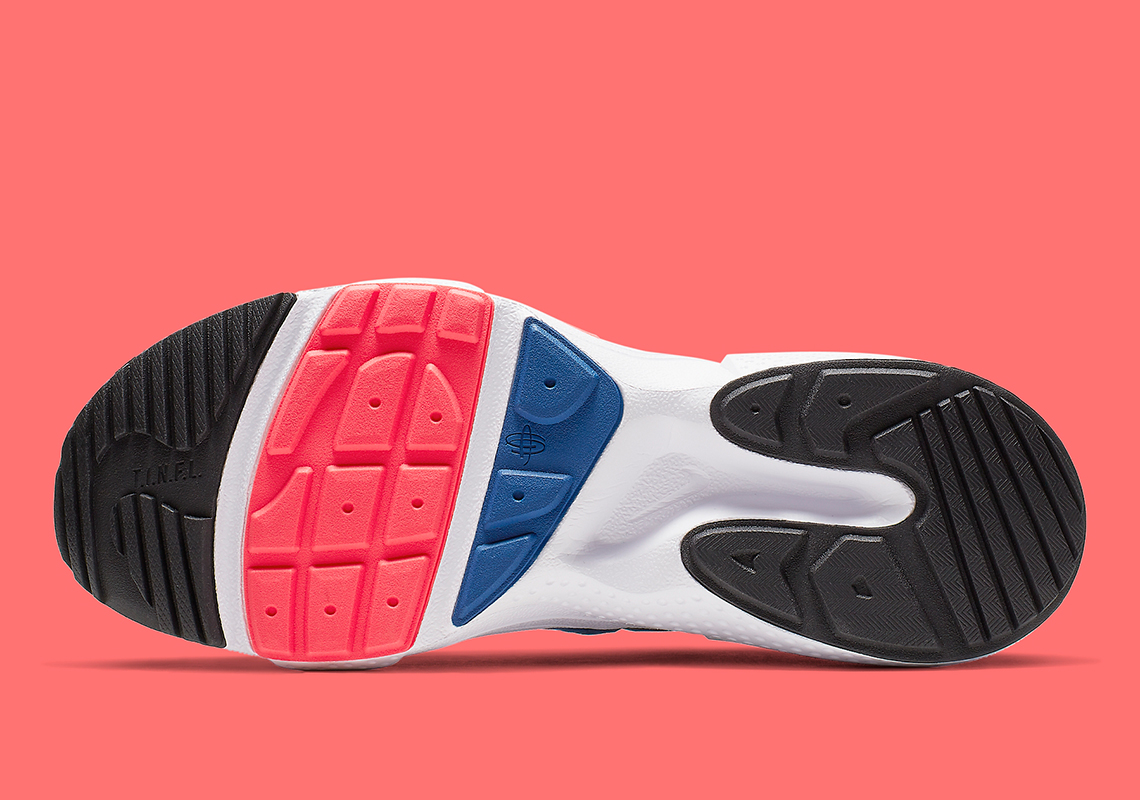