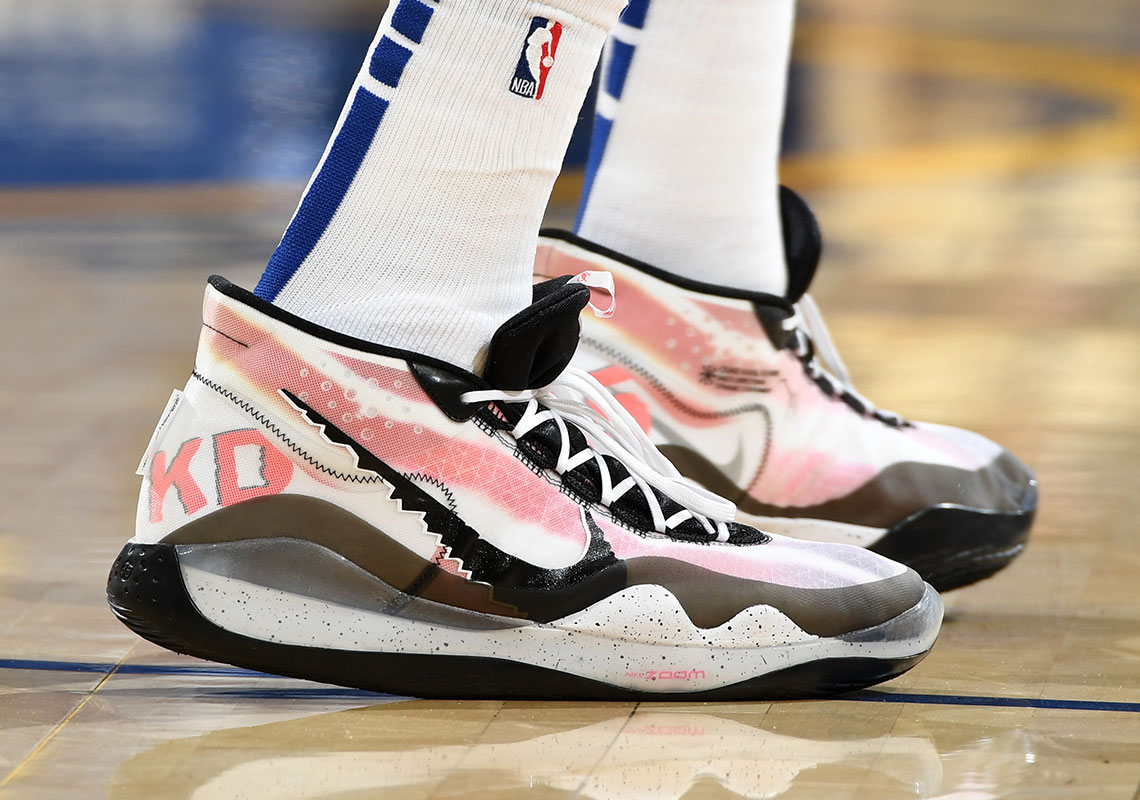 With the NBA playoffs in full swing, Kevin Durant and his Golden State Warriors are looking to defend the Larry O’Brien trophy, and Durant took to the court for Saturday’s Game 1 drubbing of the Clippers in a special PE makeup of the Nike KD 12. As the Slim Reaper grew up in the ’90s, he was heavily inspired by basketball-themed feature films, namely Above The Rim and White Man Can’t Jump. Both of those movies lend a detail to this black, white, and pink PE, as the font used for the heel’s bold text branding is drawn from Above The Rim’s logo, and the color palette is taken directly from the faded cycling hat worn by Wesley Snipes’ wise-cracking hoops hustler Sidney Deane in White Men Can’t Jump. This is just the first of many PEs that the Durantula will sport over the course of the playoffs, as Nike Basketball has an entire pack — co-created with luxury sportswear maven Don C, nonetheless — that draws from KD’s favorite ’90s movies, music, fashion, and teams for its colorways and styles. As these KD 12s are a PE they’ll never hit retailers, but be sure to keep it locked here for more special playoff kicks, and check out our Sneaker Release Dates page for info and updates on any and all KD drops. 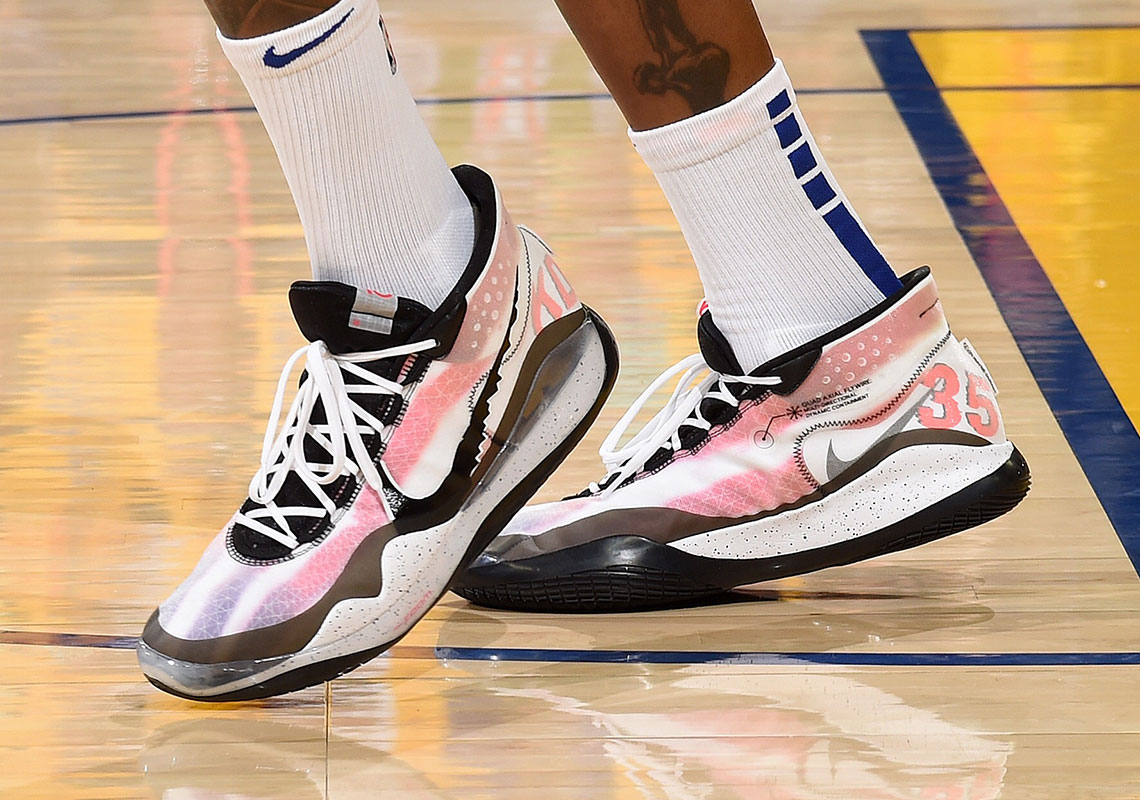 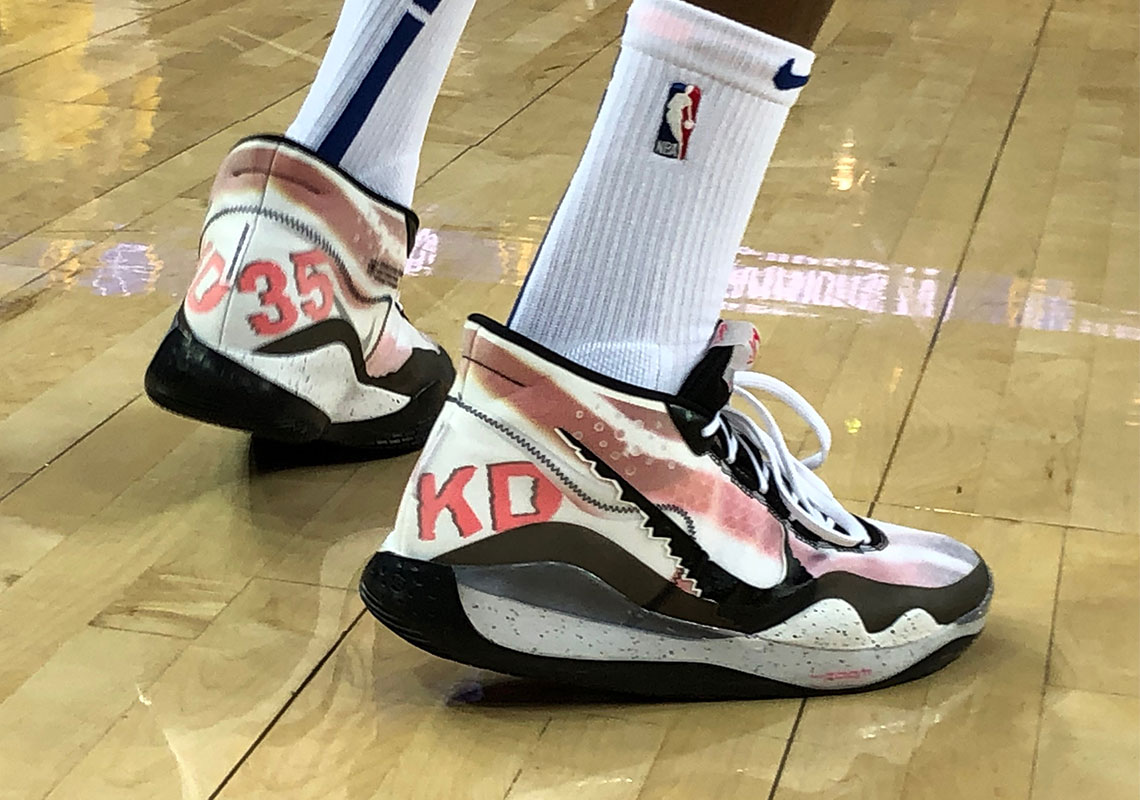