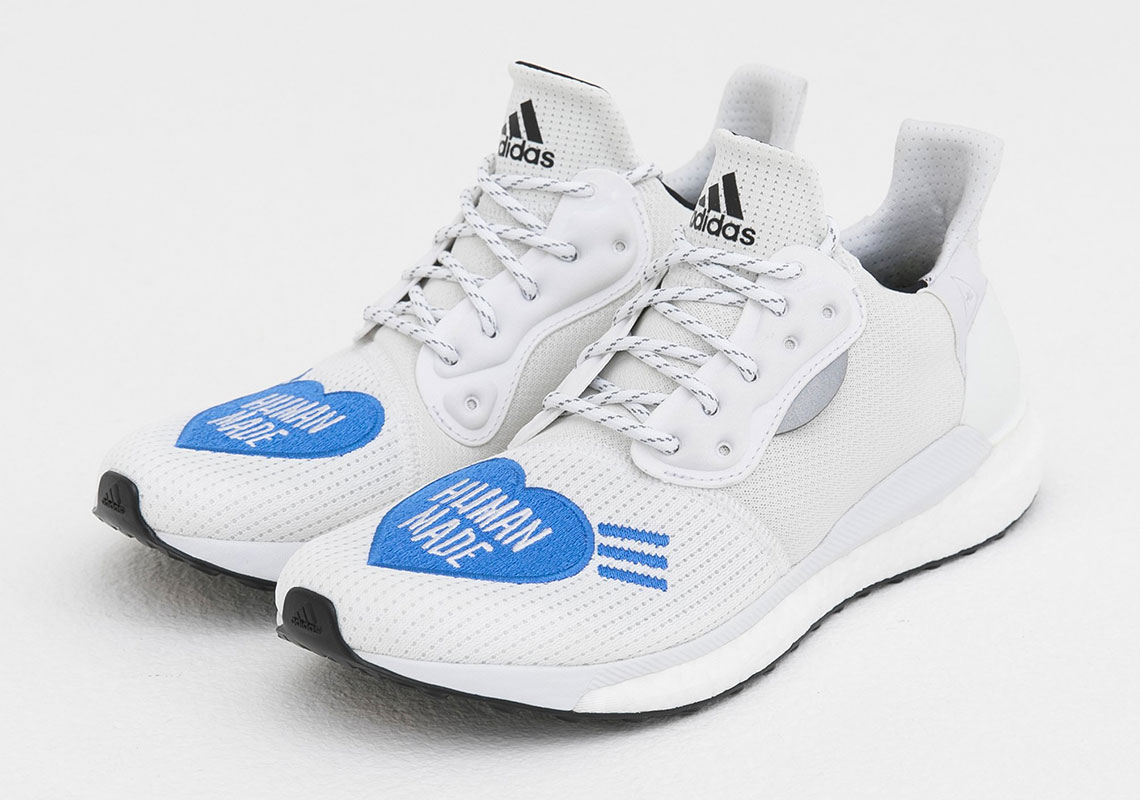 If you could only use one word to describe Pharrell Williams, prolific would certainly be at or towards the top of the list. The multihyphenate creative mastermind seemingly always has a new project in the works, and over the last few months he and his inner circle of fellow luminaries have been teasing two new colorways of the adidas Solar Hu Glide in collaboration with Human Made: a white/blue and a white/red. Run by Skateboard P’s good friend Nigo — the co-founder of BAPE — Human Made is set to open their first-ever retail store in Kyoto, Japan, so the white and blue pair will be releasing in-store only to celebrate the occasion.

Apart from the large embroidered blue heart graphic on the toebox, the shoe opts to keep things relatively simple with a white knit upper that’s accented by small pops of grey and black. A white Boost midsole and black outsole then complete the look, and provide a shape that’s not terribly dissimilar from that of the ever-popular Ultra Boost. They’re set to retail for 20,000 yen, or roughly $180 USD. As mentioned above, these collaborative kicks will only release in-store at Human Made on May 3rd, so if you’re not in Japan, you’re likely out of luck. However, you can grab a look right here, and be sure to stay tuned for updates on the white/red pair, as, unlike their blue brethren, they will see a global release later this year. 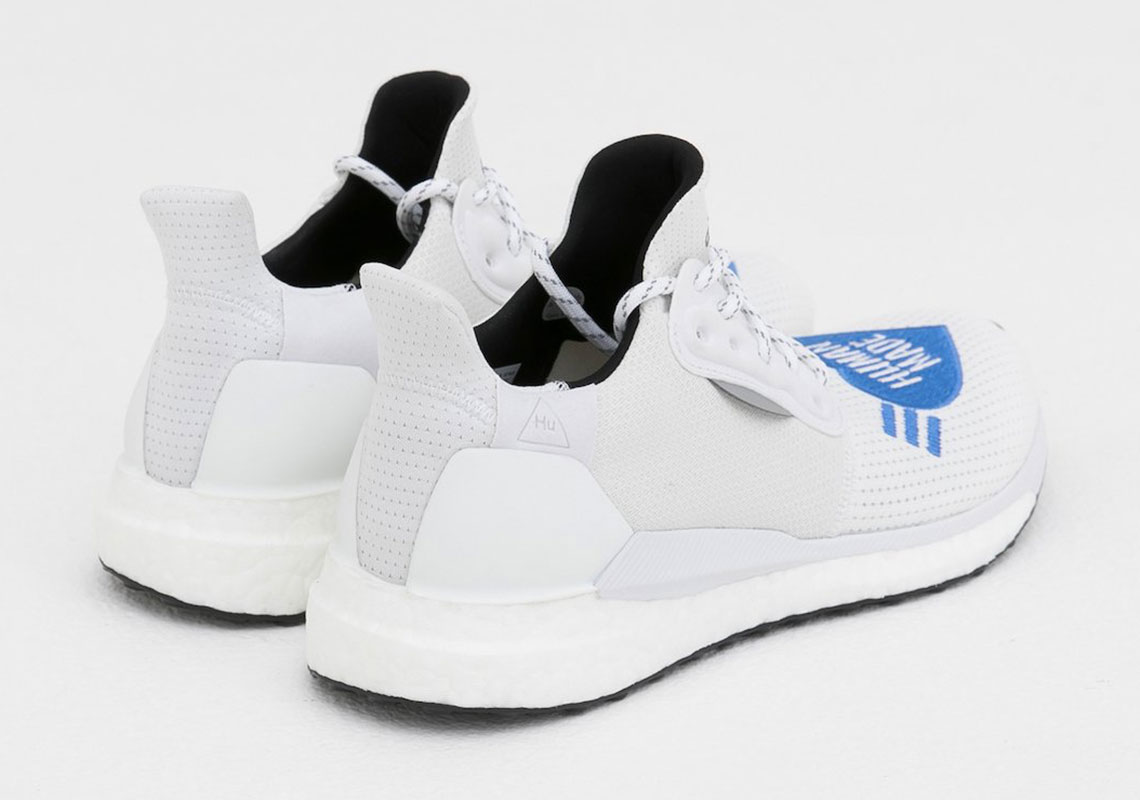 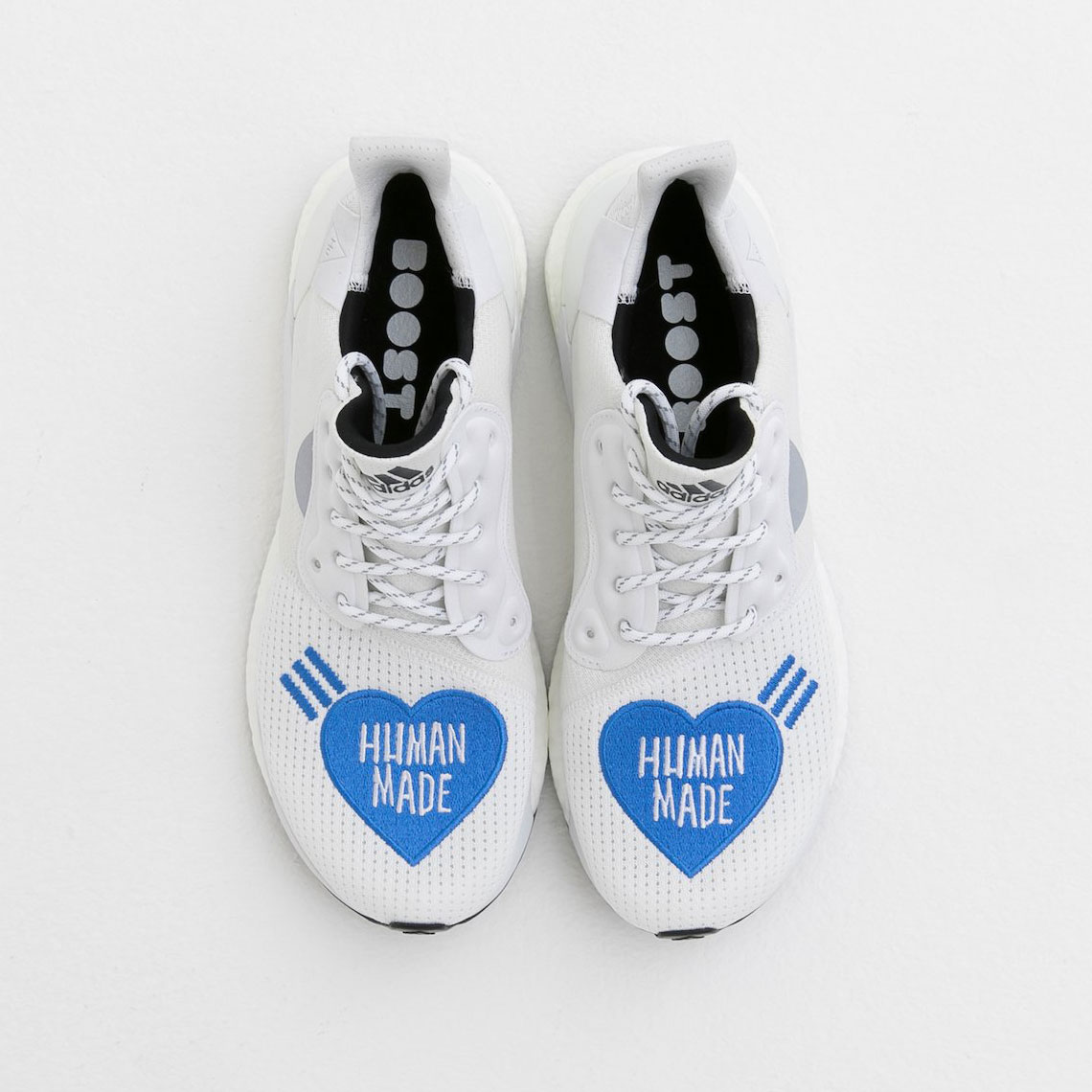