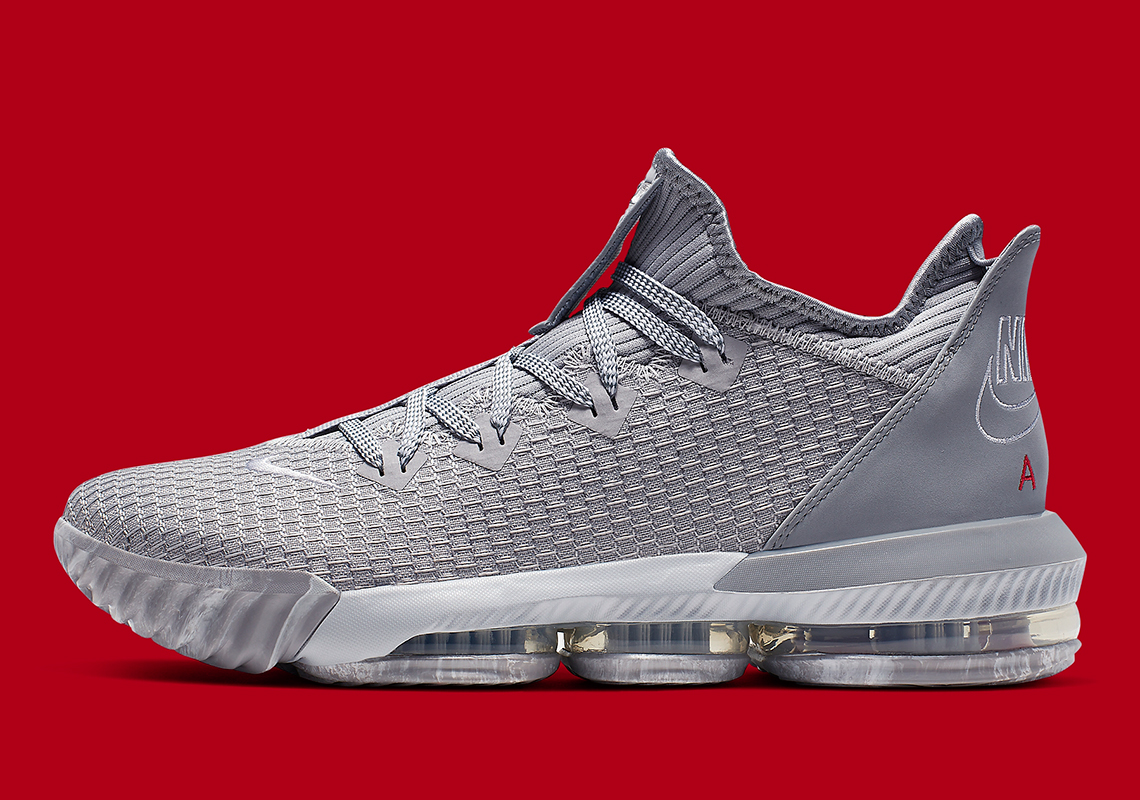 LeBron’s Akron connection has always tied him to THE Ohio State University. Had the King not skipped the college ranks, he would’ve hooped for the Buckeyes, but there was no question that he was NBA ready without the tougher competition. Still, Nike has always released footwear and PEs in the signature school colors, and it appears that the summer-specific Nike LeBron 16 Low silhouette will indeed drop in a grey/red alternate-esque scheme with a marbled outsole. Like the earlier camouflage iteration that hit stores recently, this LeBron 16 features the Nike Air logo embroidered onto the heel – quite the unexpected detail on the contemporary basketball shoe. OSU-specific embellishments then arrive on the insoles, paying homage to their 2003 football title via the date of the game and the final score of 31-24. Expect these to hit Nike retailers soon. 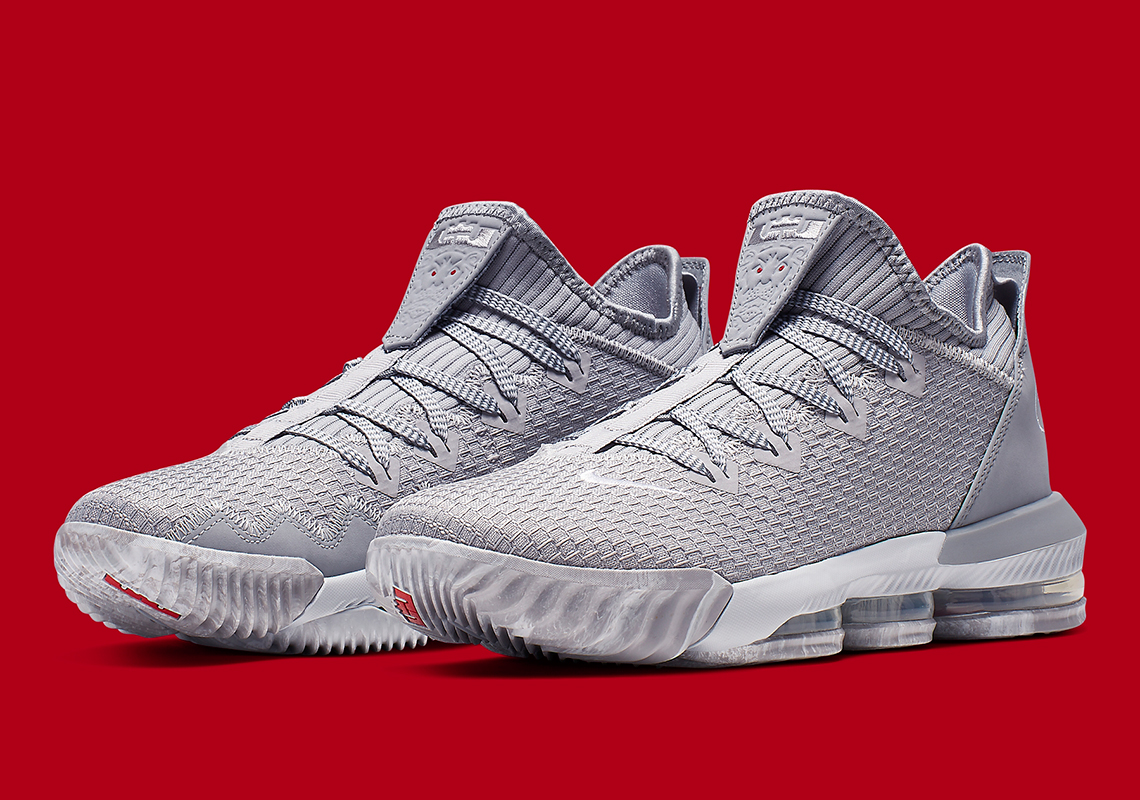 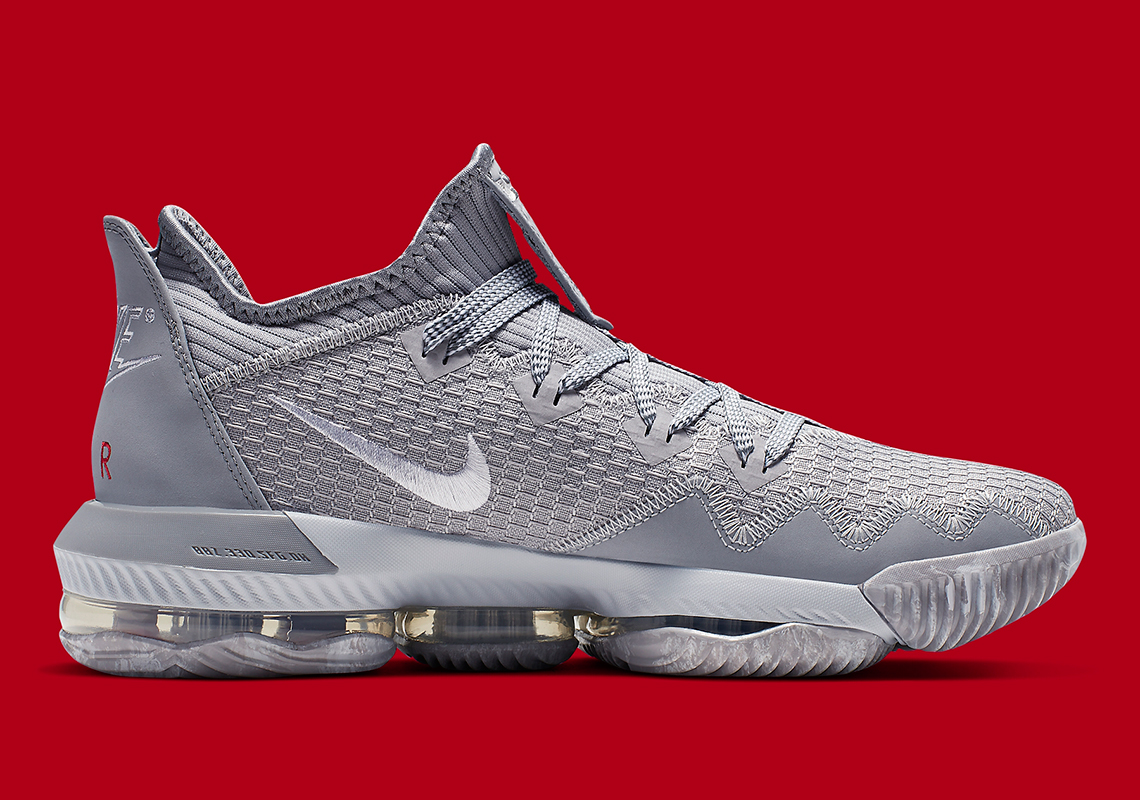 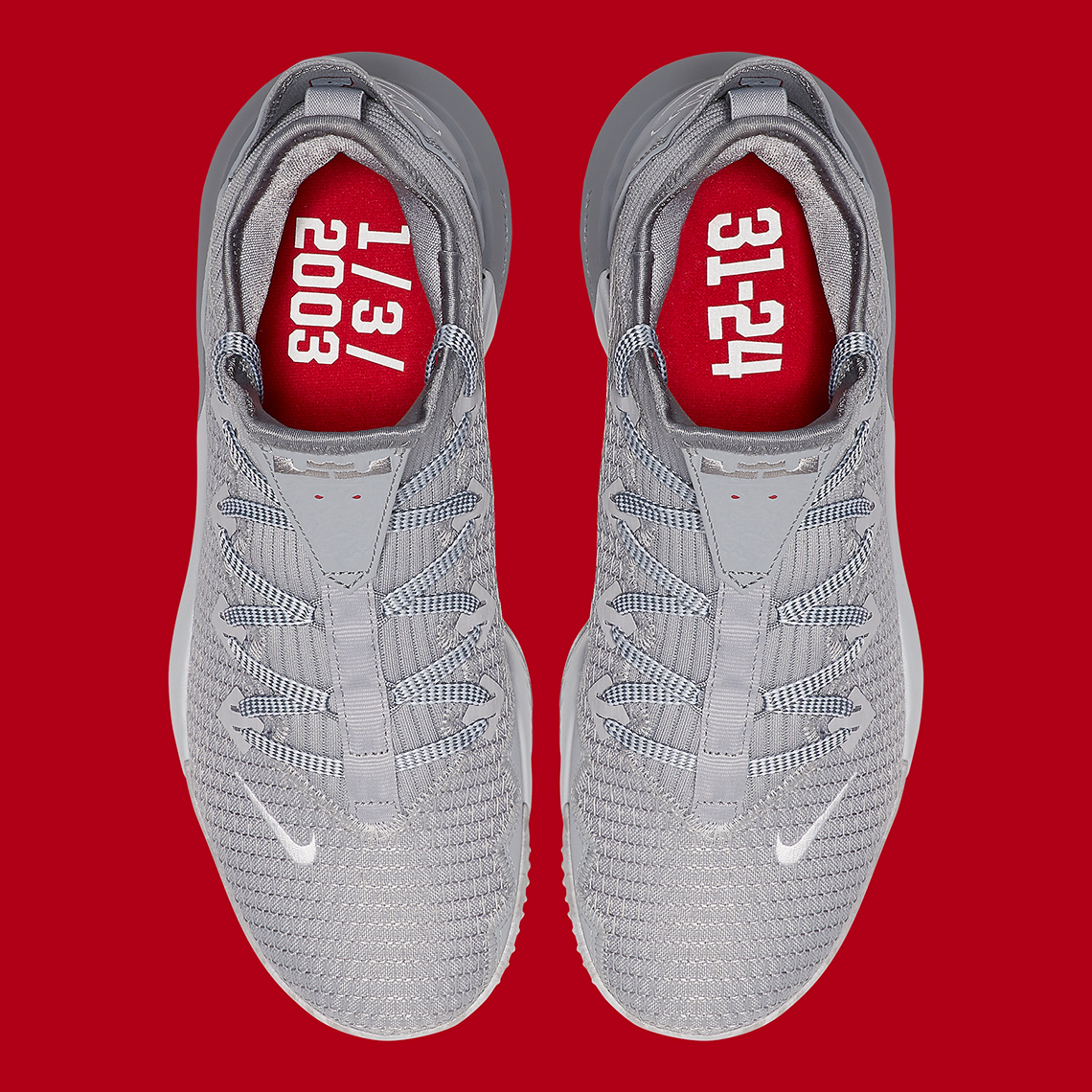 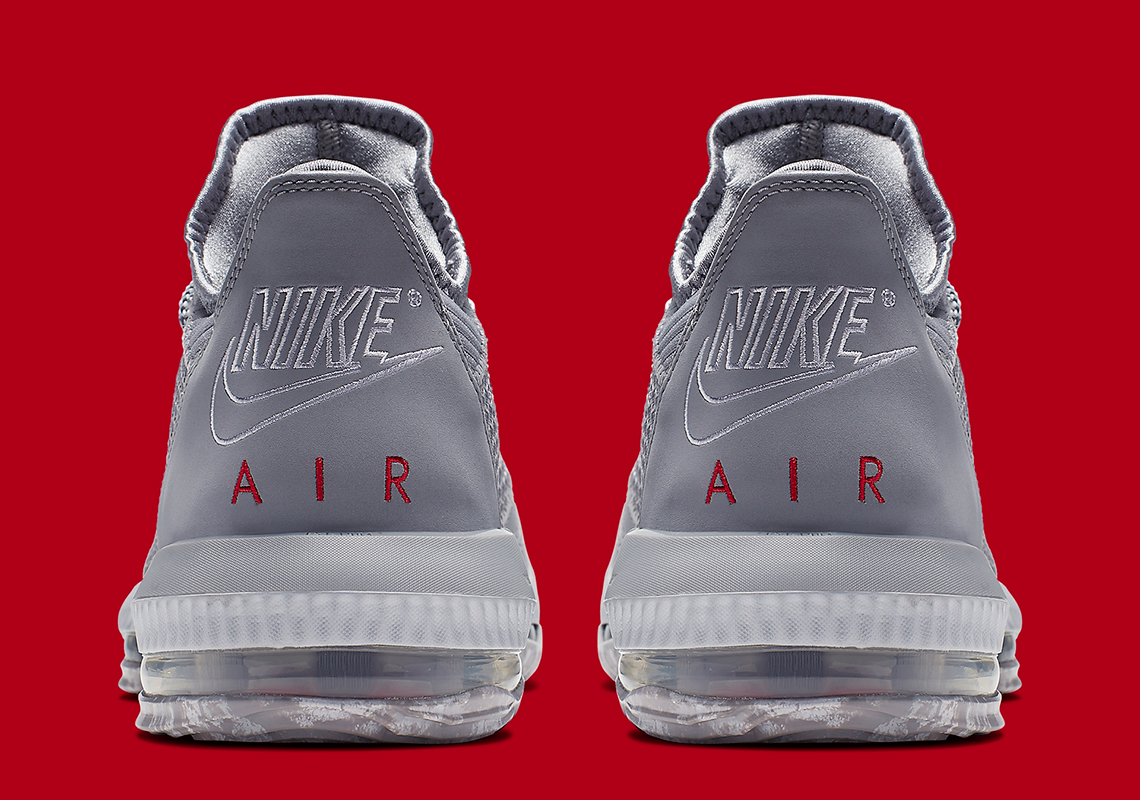 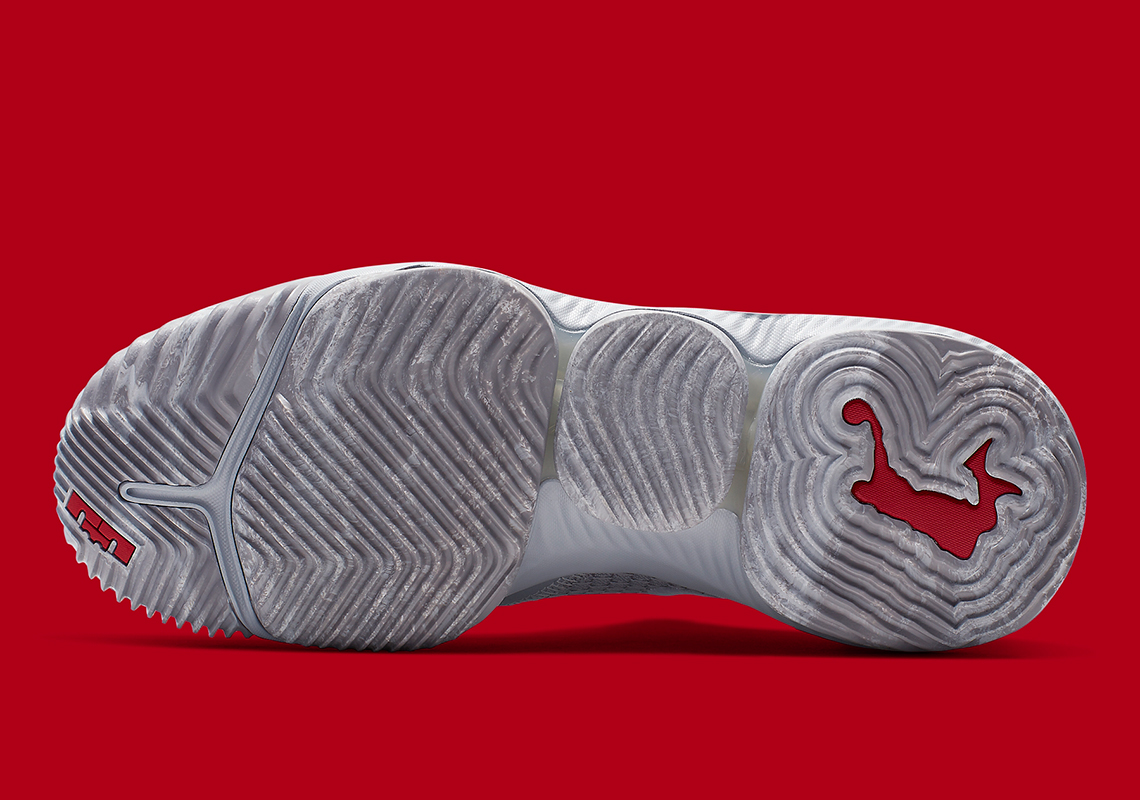