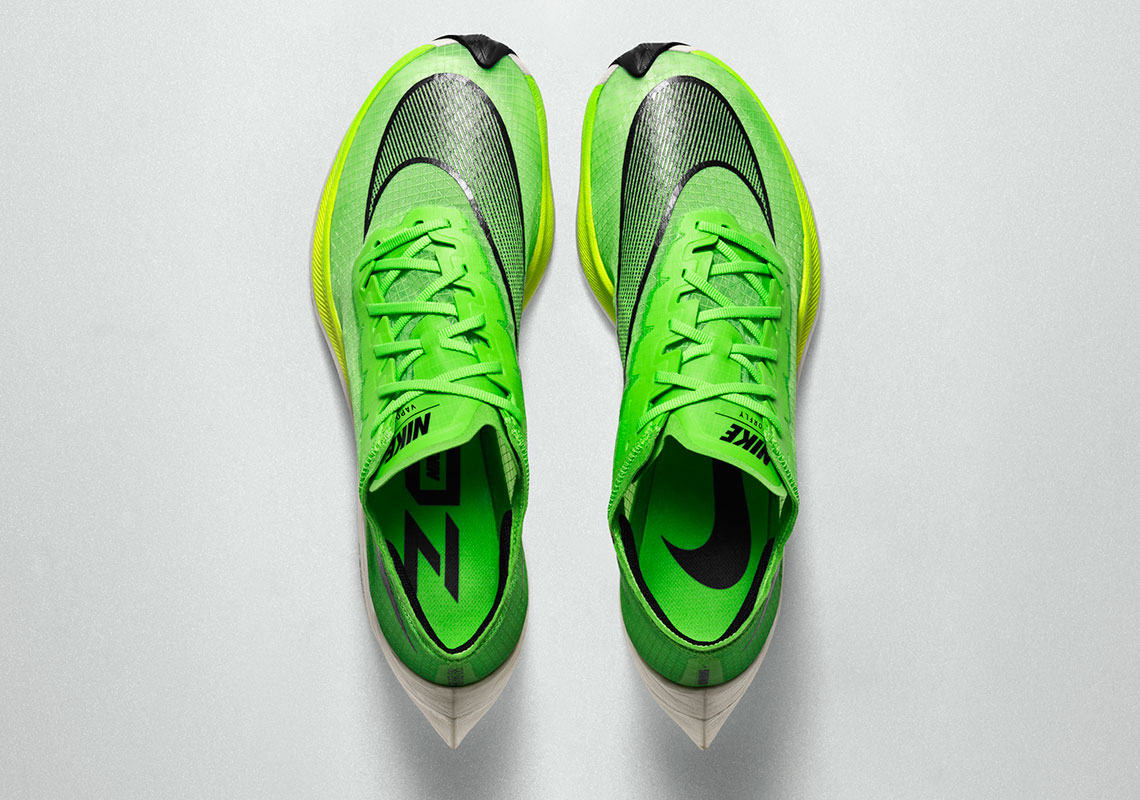 Nike Unveils The ZoomX Vaporfly NEXT%, Faster Than The Fastest Shoe

Why exactly does Nike want relationships with the best athletes on the planet? Obviously they want them wearing their product, but more importantly, they want them informing it. For decades the world’s elite have been influencing design and engineering through feedback gained from pure experience, and the ZoomX Vaporfly innovation is the perfect exemplar of how a this collaborative process can make athletes simply better. Working closely with world-class athletes, Nike created a running shoe that lowered the energetic cost by 4%, which in turn led to indisputable dominance on the marathon field over the last two years. Now, the Swoosh is ready to shave down those finishing times even more with the debut of the Vaporfly NEXT%.

Springboarding from the Vaporfly 4% findings, Nike sought to improve the moisture wicking abilities to keep the weight of the sneaker down as much as possible throughout the entire 26.2. Shalane Flanagan’s input led to the creation of VaporWeave, a fabric lighter than Flyknit that absorbs far less water. The forefoot traction of the shoe has been modified as well for better wet-surface stability, with data taken from Eliud Kipchoge, Mo Farah, and Geoffrey Kirui. There’s more ZoomX in the midsole, and the offset was decreased from 11mm to 8mm for even more propulsion during the stride. With all these additions and changes, the shoe weighs exactly the same as its predecessor.

With the shoe set to debut during the upcoming London Marathon, Nike has prepared a special release for this highly technical (and beautiful) shoe. Limited quantities of the ZoomX Vaporfly NEXT% will drop on the Nike Run Club App on Sunday, 4/28 (US only). You can sign up for notifications here. 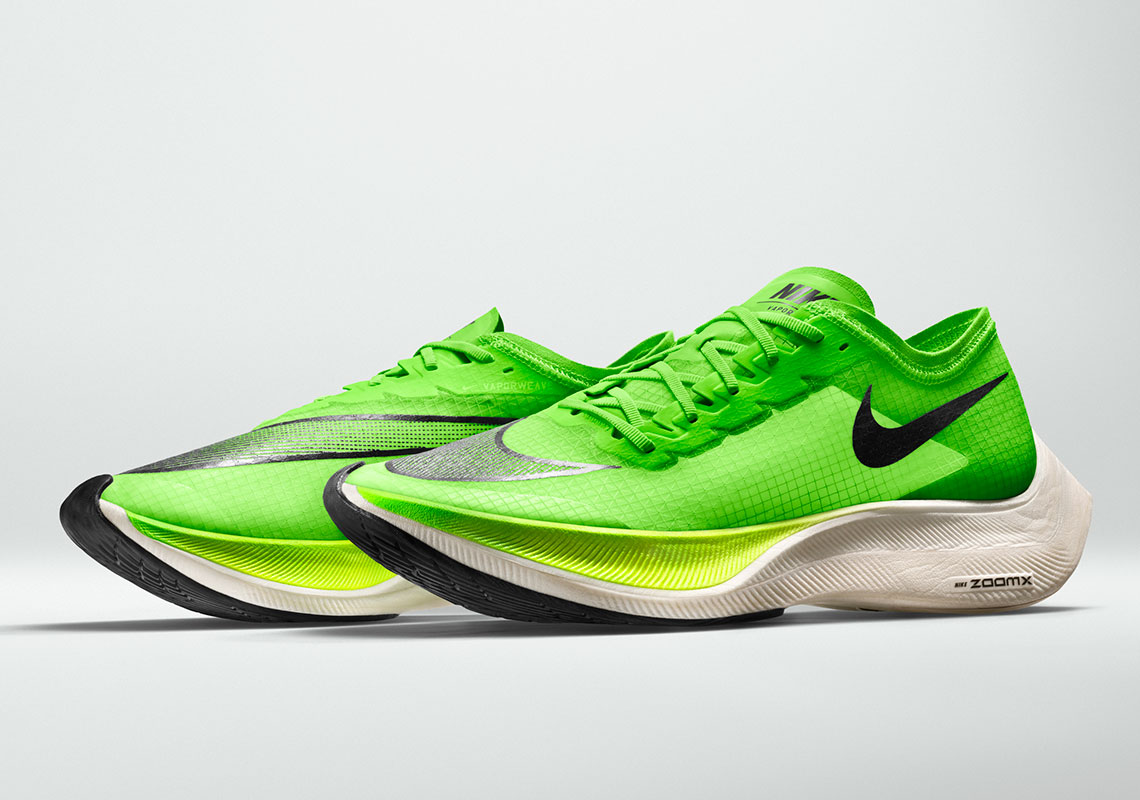 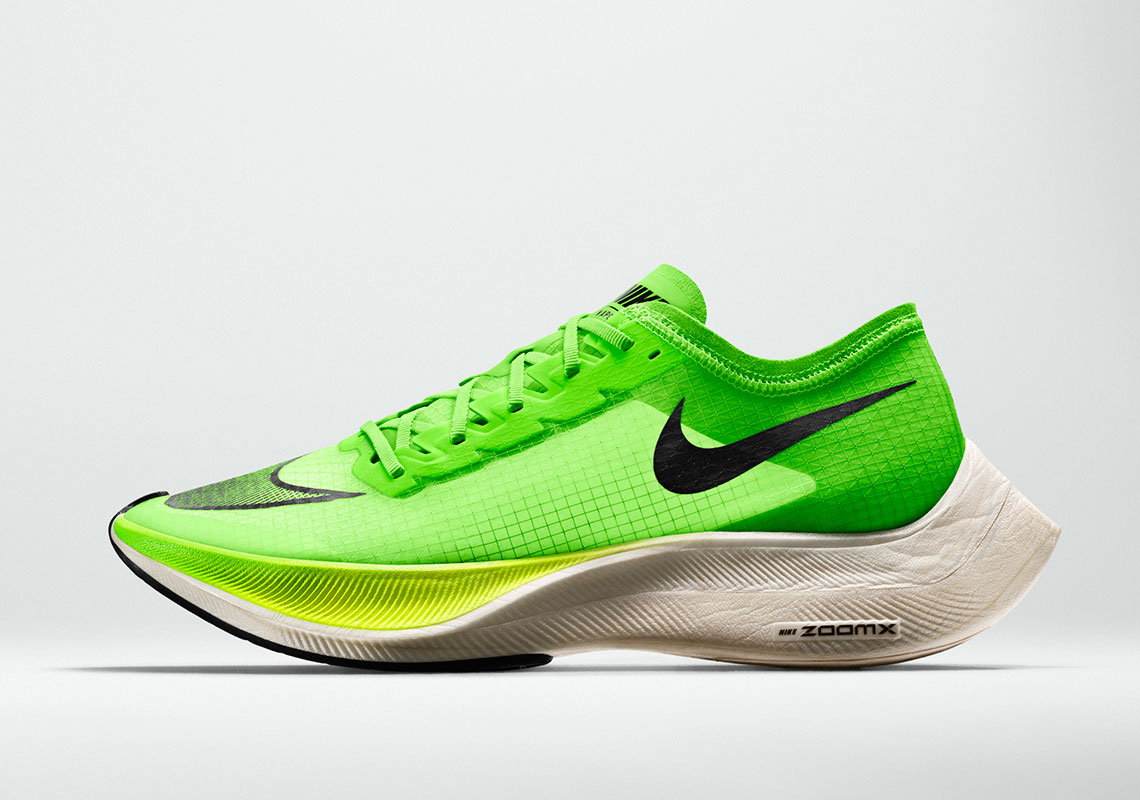 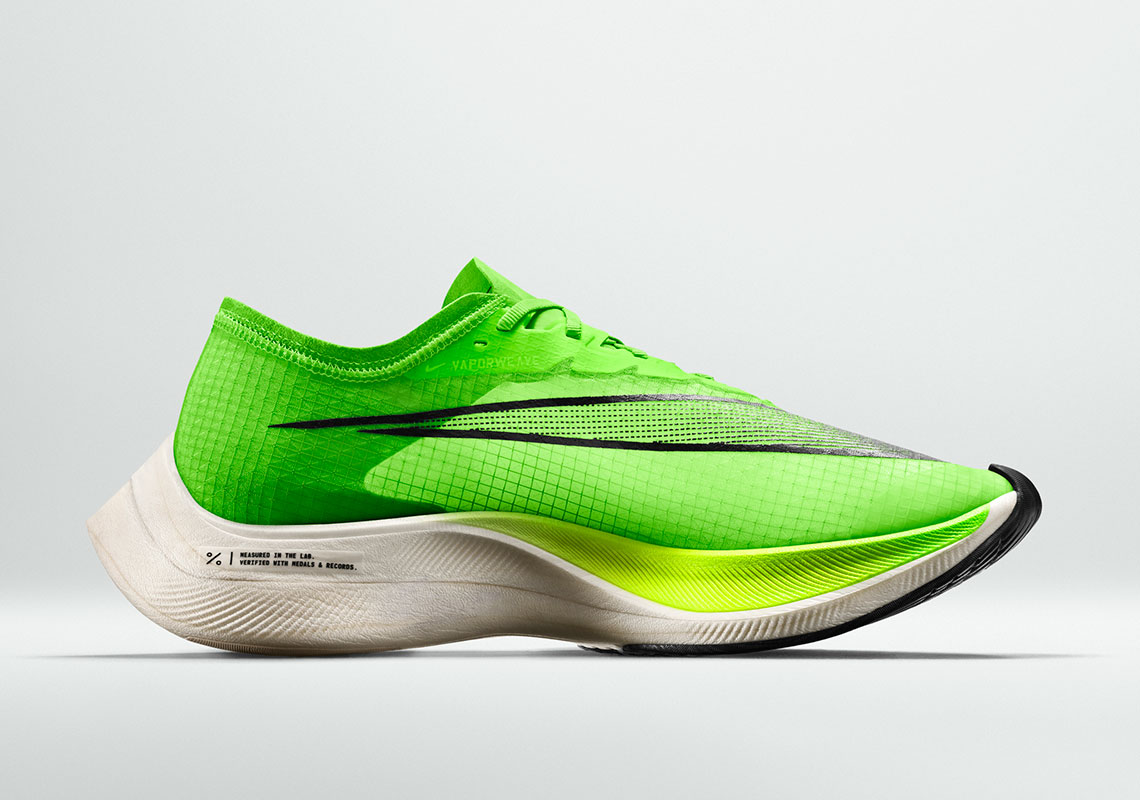 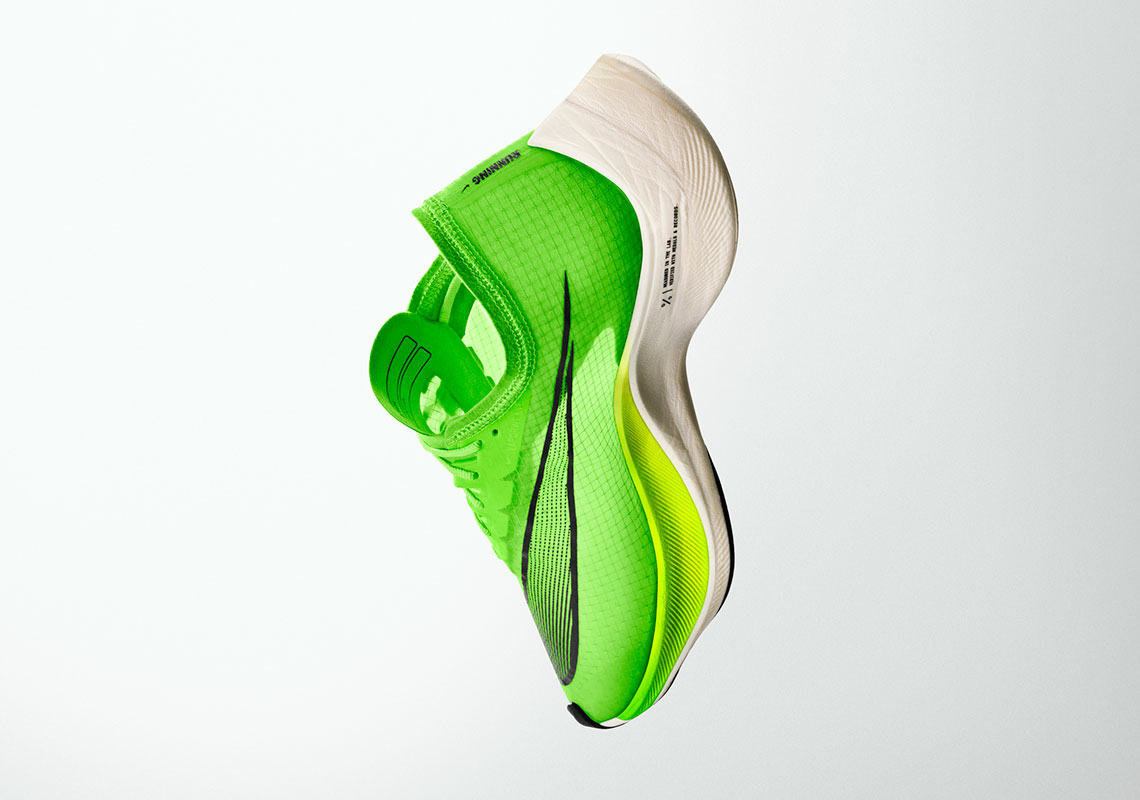 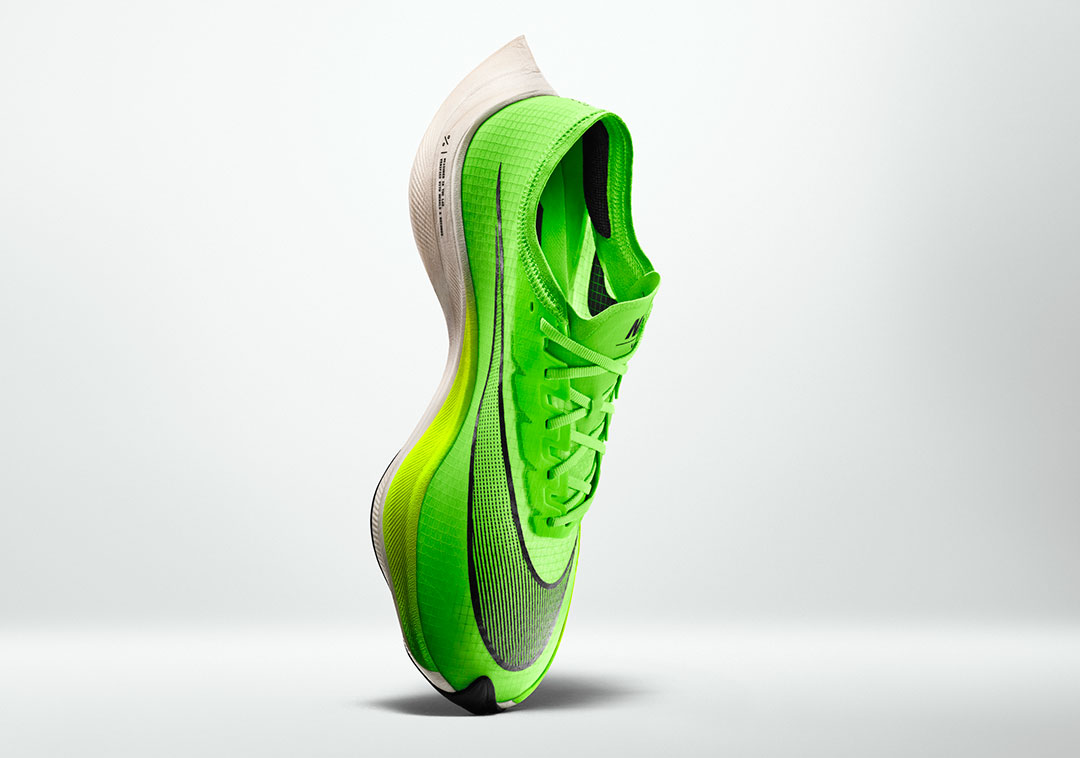 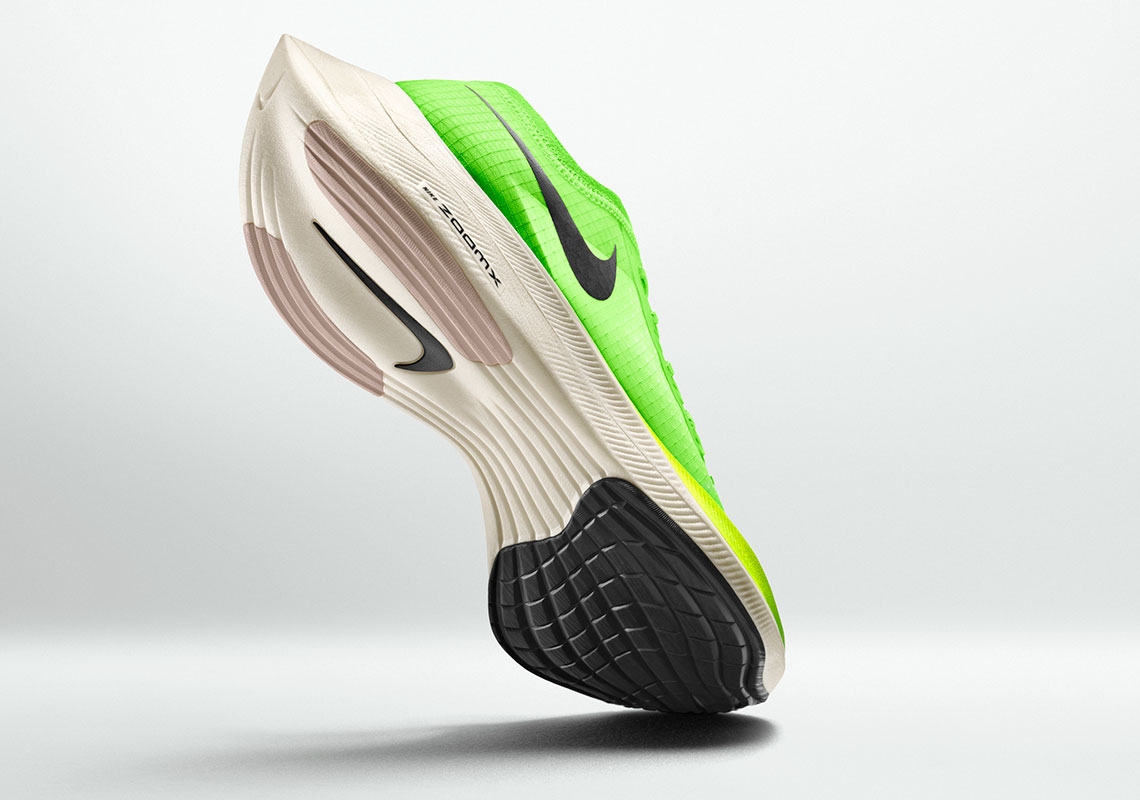 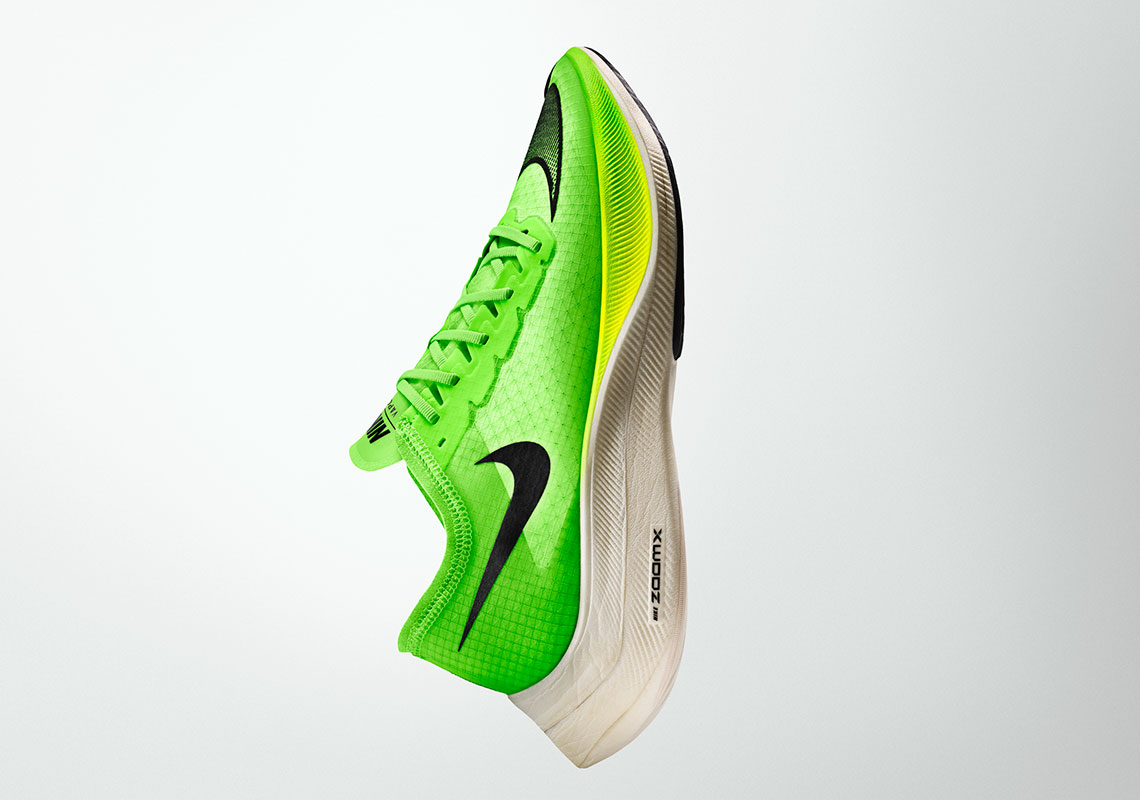 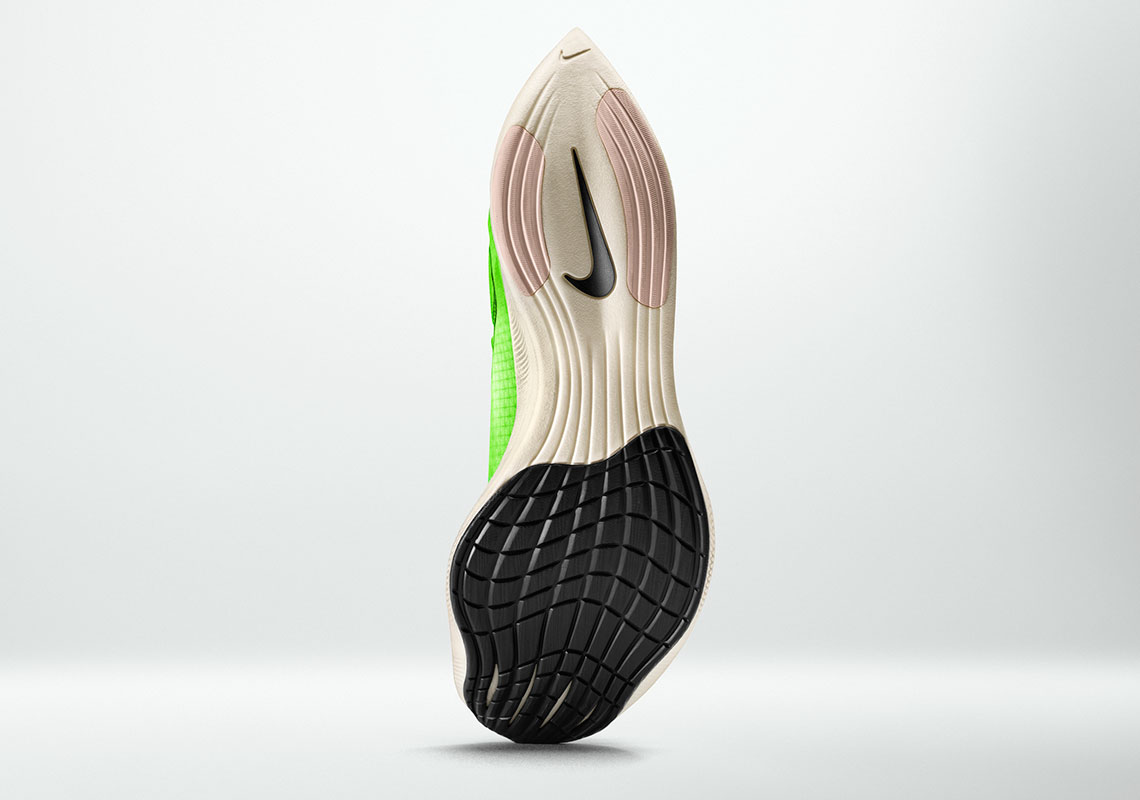 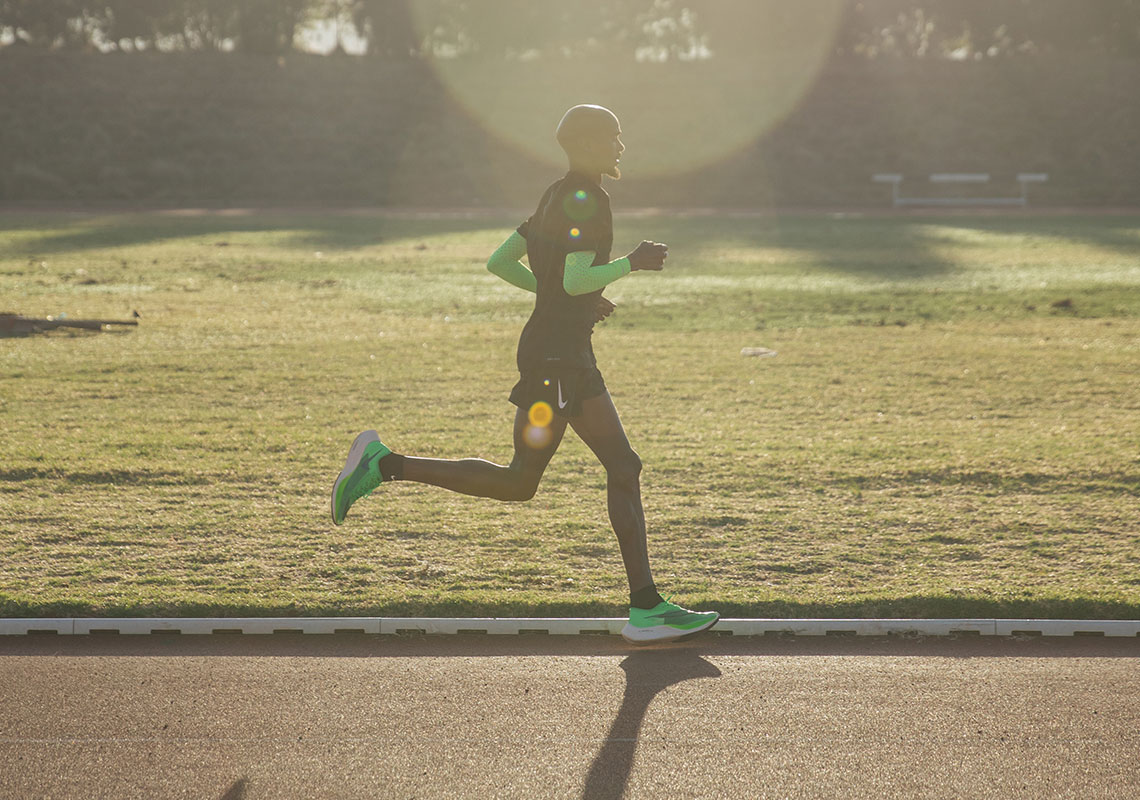 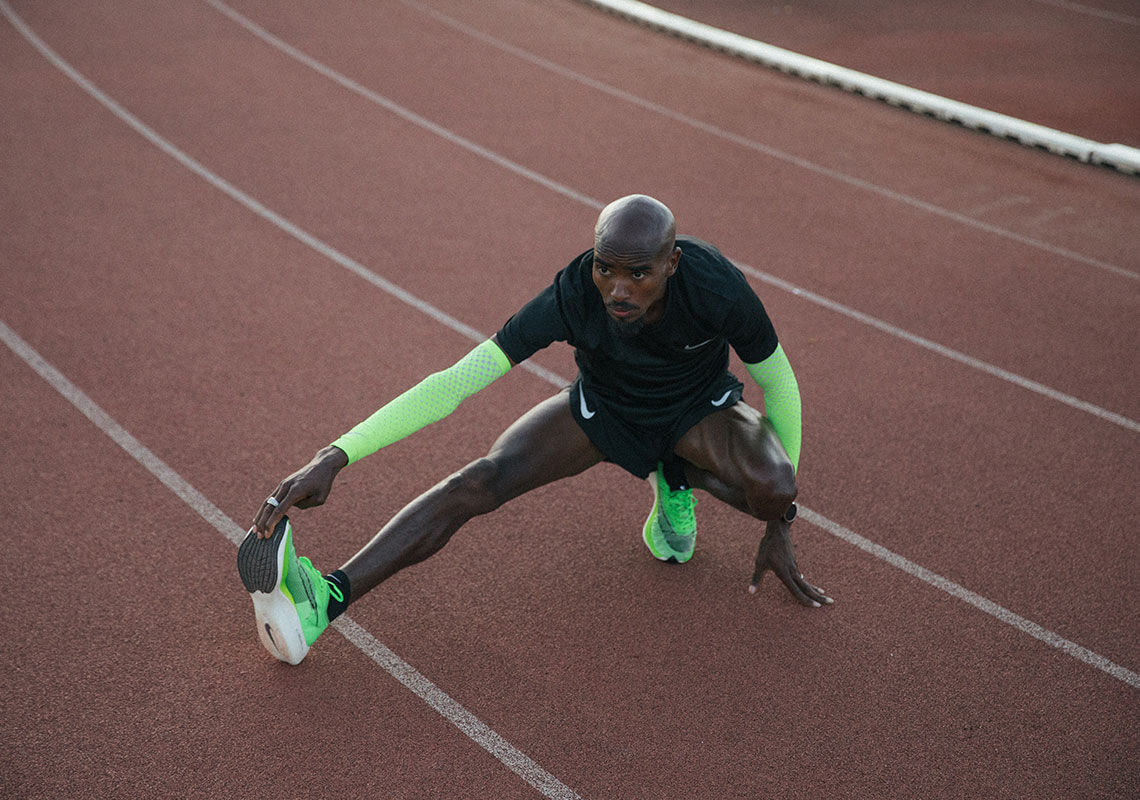 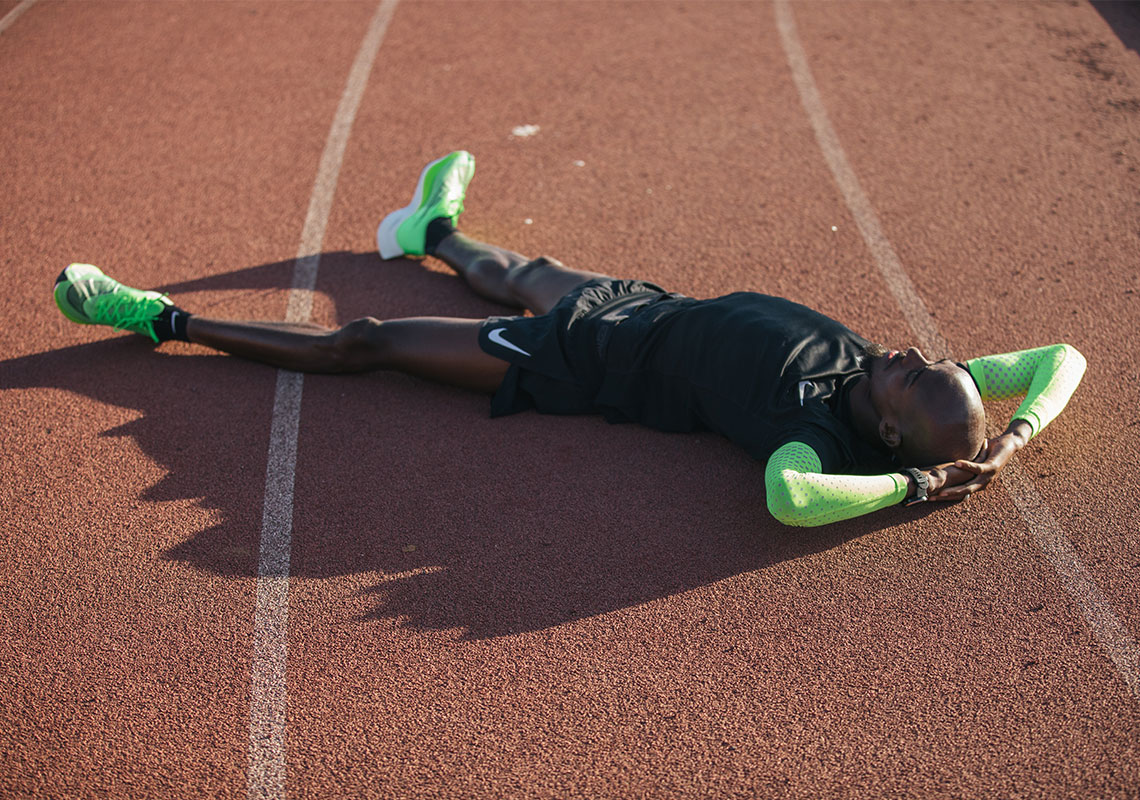 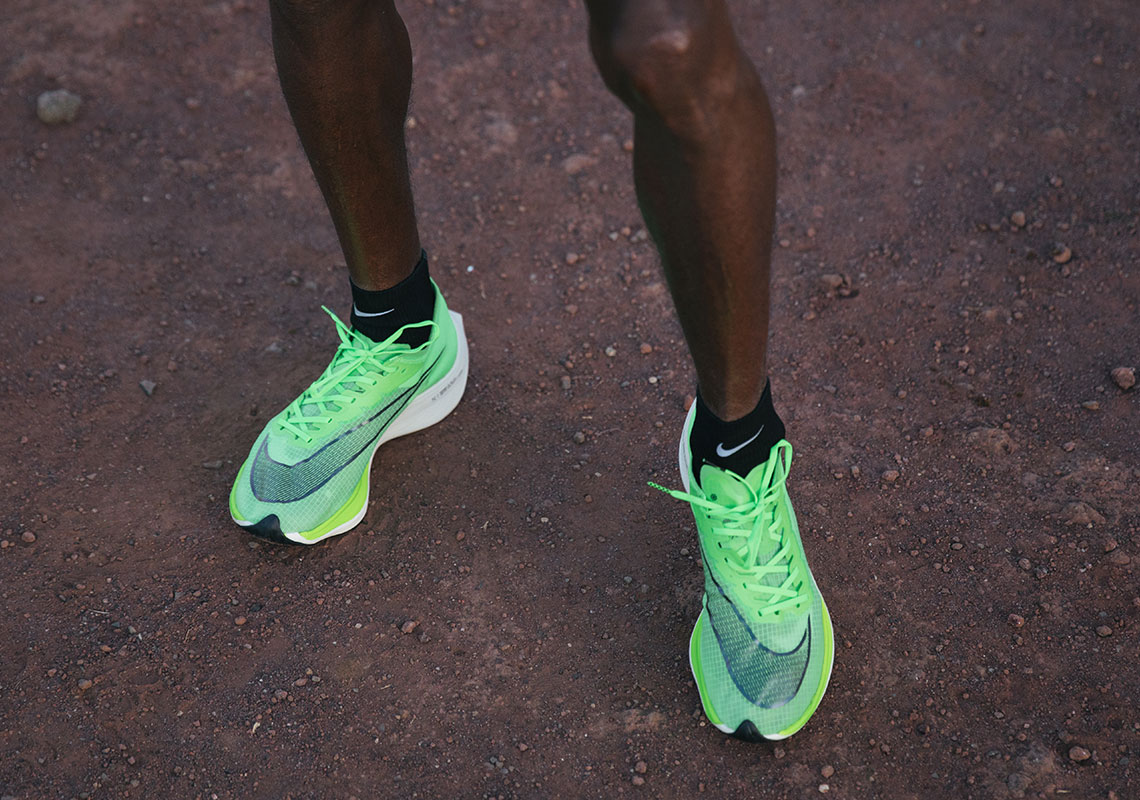 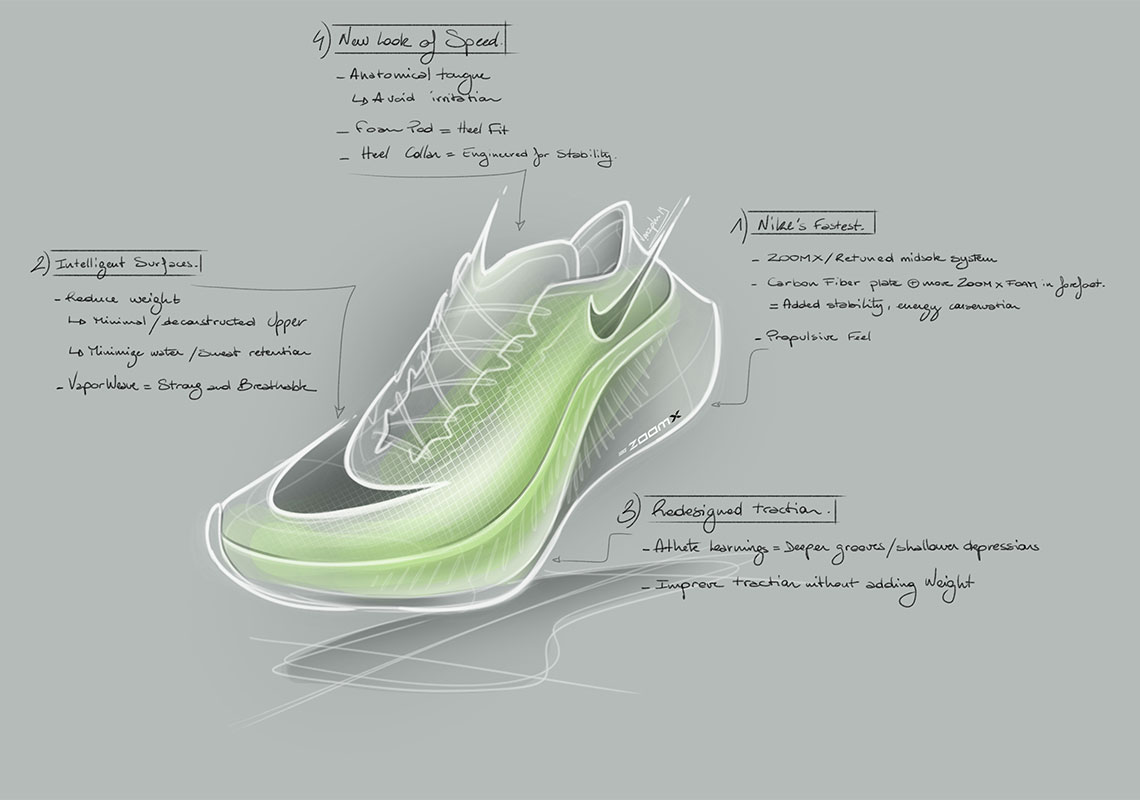