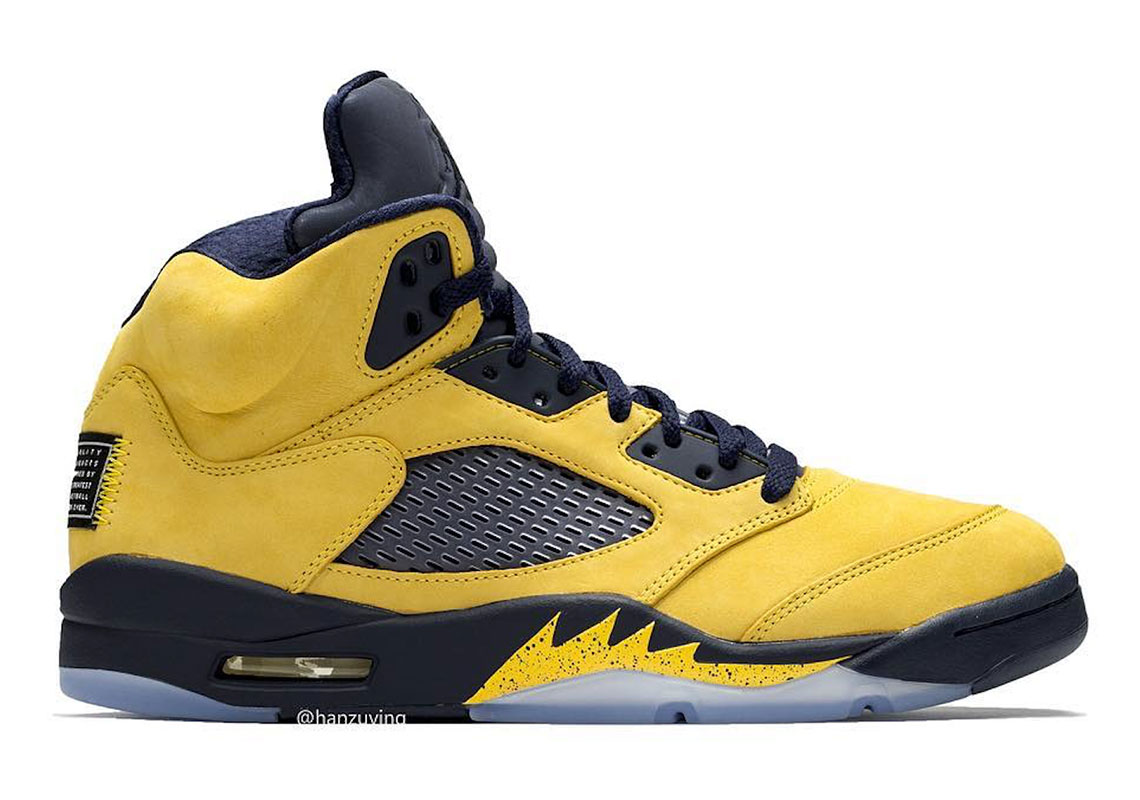 This August, right before the start of the Fall semester, Jordan Brand will release an Air Jordan 5 Retro in the signature colors of the Michigan Wolverines. Two global sports icons known for a tradition of hard work, excellence, and innovation have delivered some must-have footwear with the unmistakeable yellow and navy, although the Air Jordan 5 has only appeared as Player Exclusives made just for the athletes. This upcoming version, which does not feature the school’s M logo on the tongue, does make use of an apparel patch that is typically seen on the player jerseys as well as “Inspire” on the label inside the tongue. Slated to release on August 10th for $225, this Air Jordan 5 Retro SP will be available at select Jordan retailers worldwide. 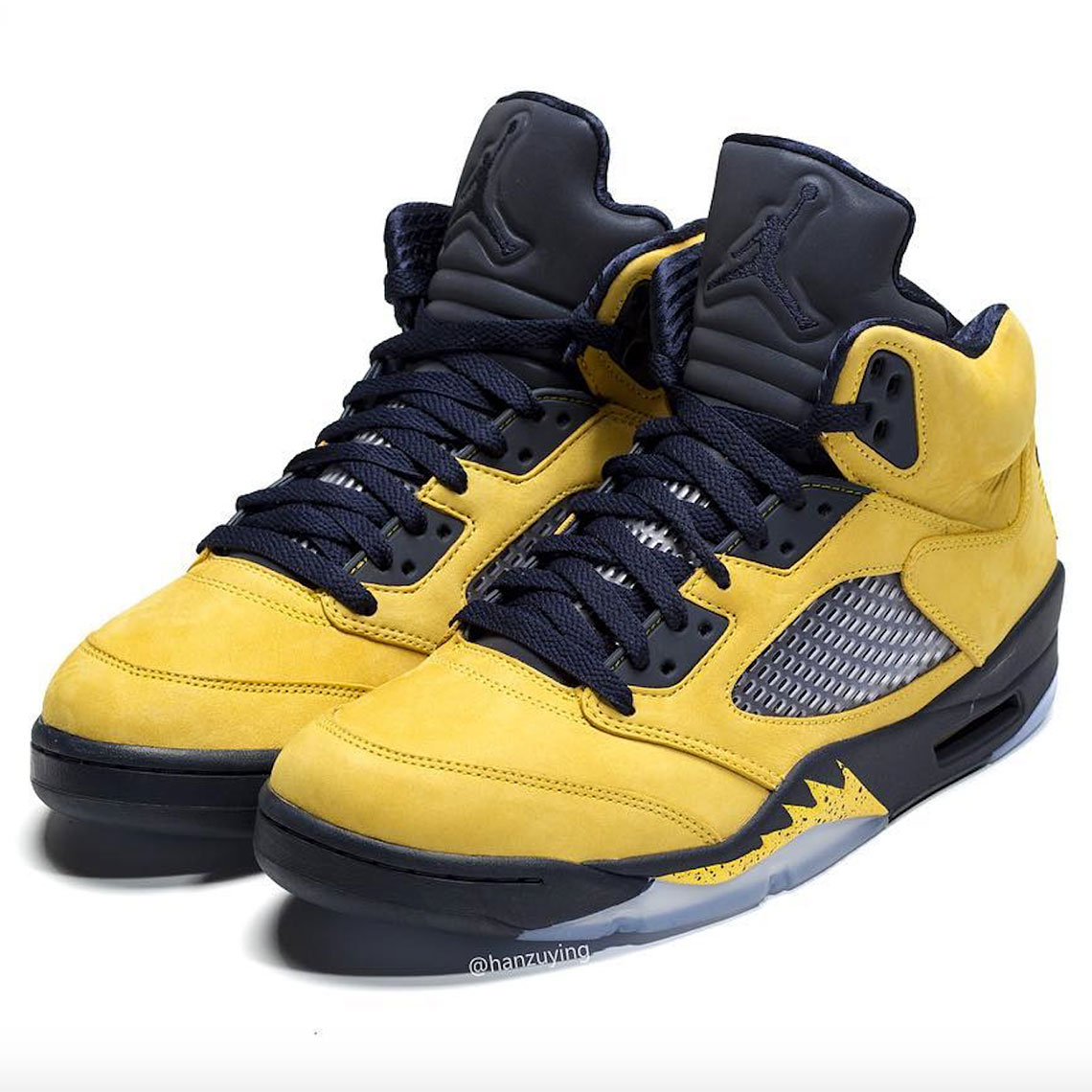 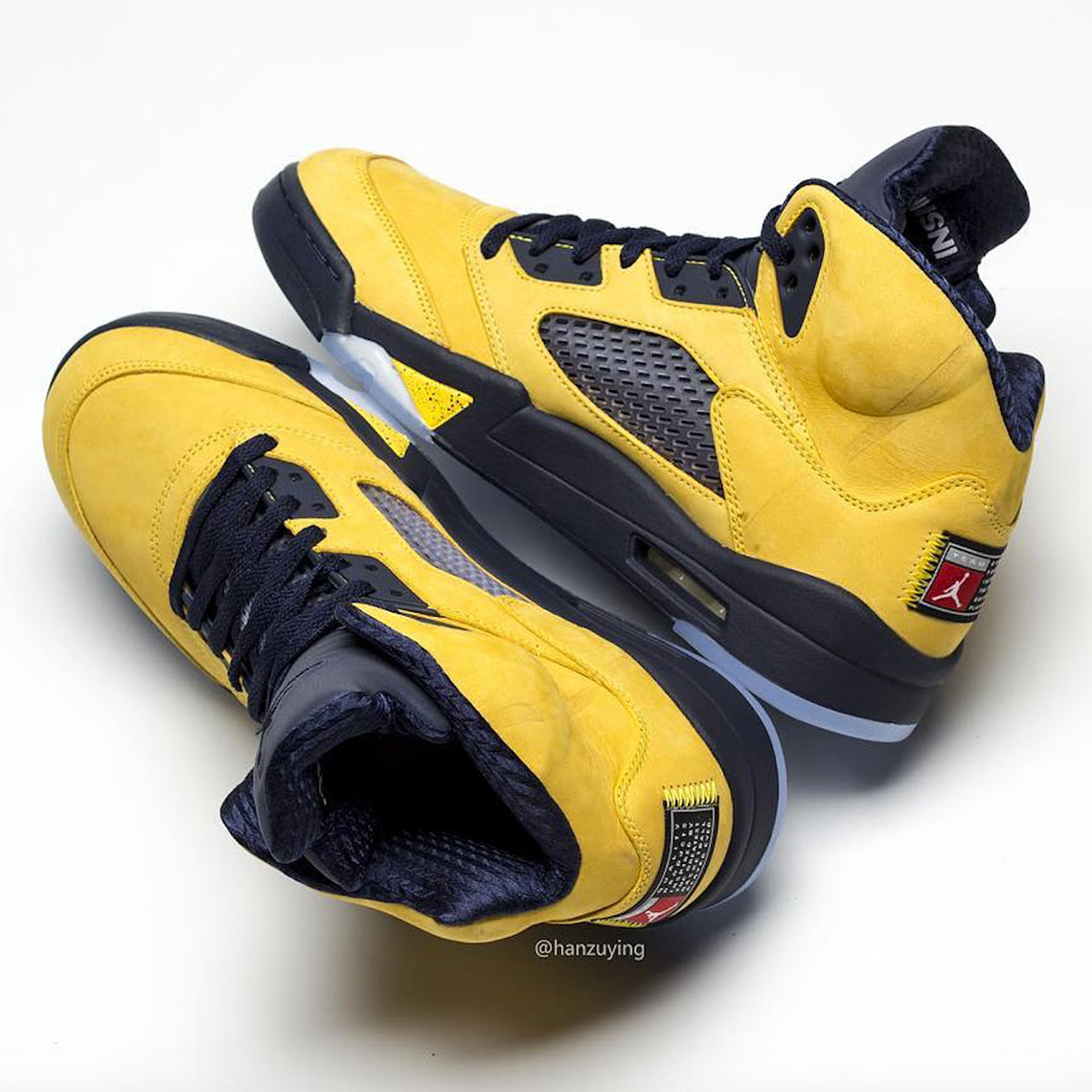 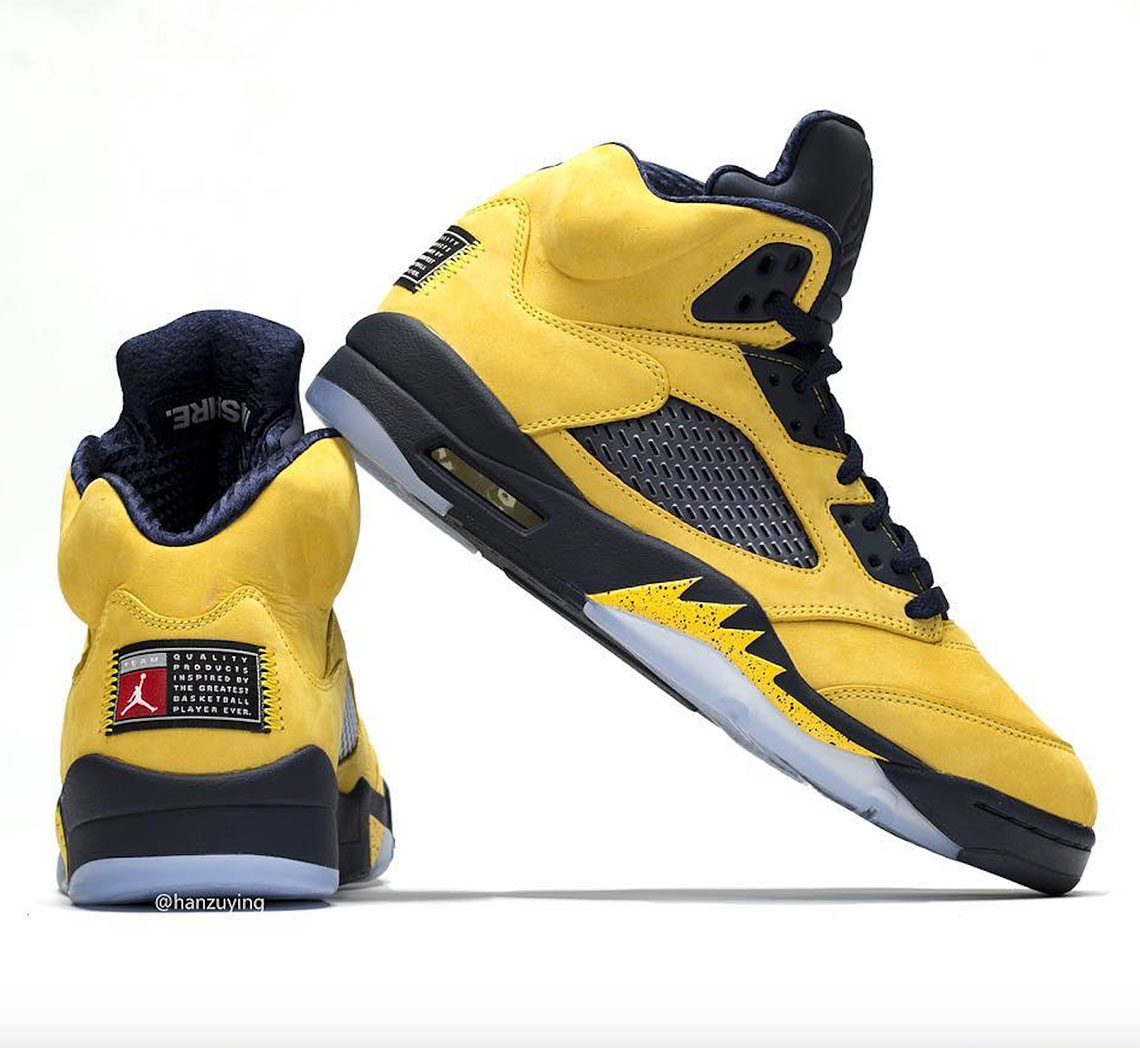 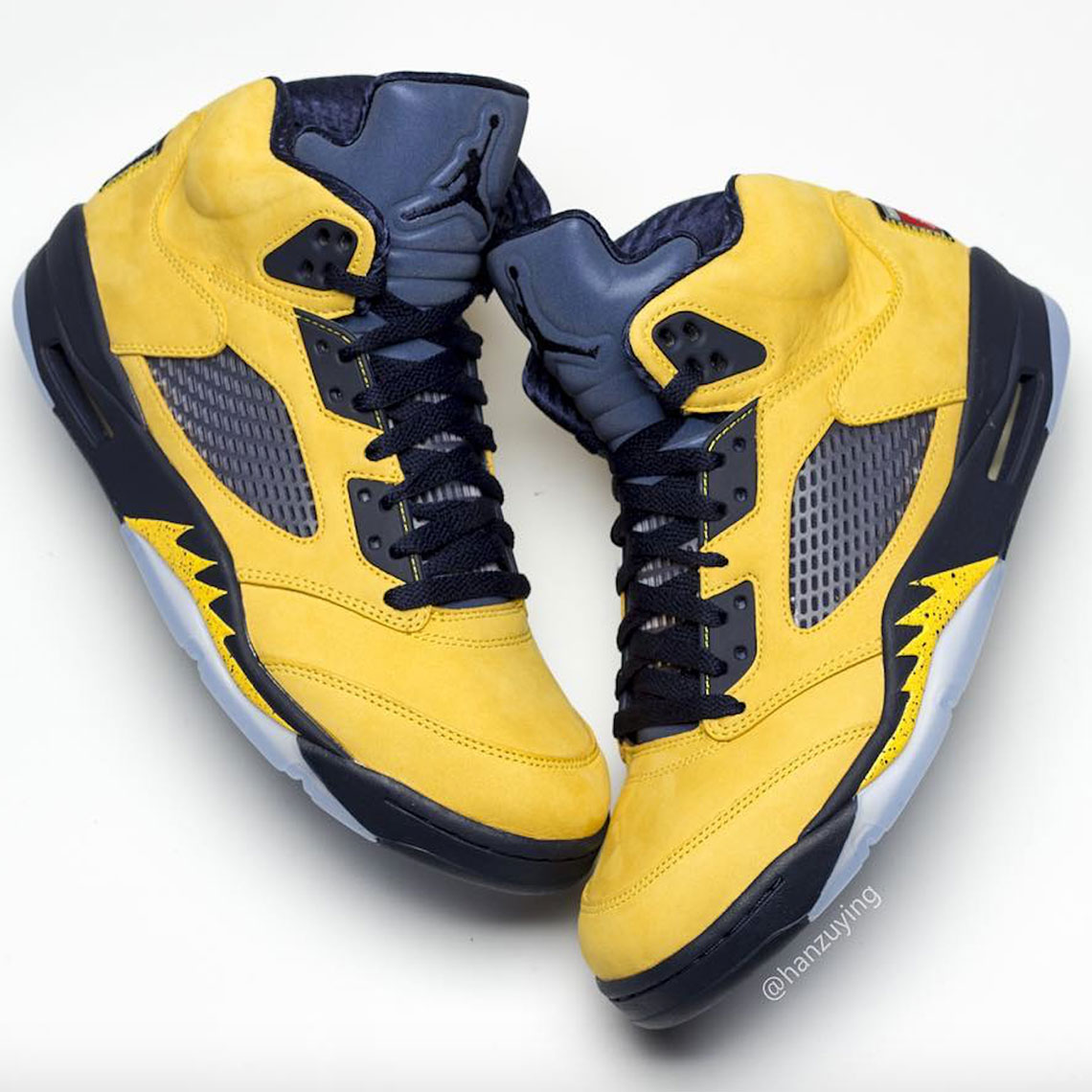 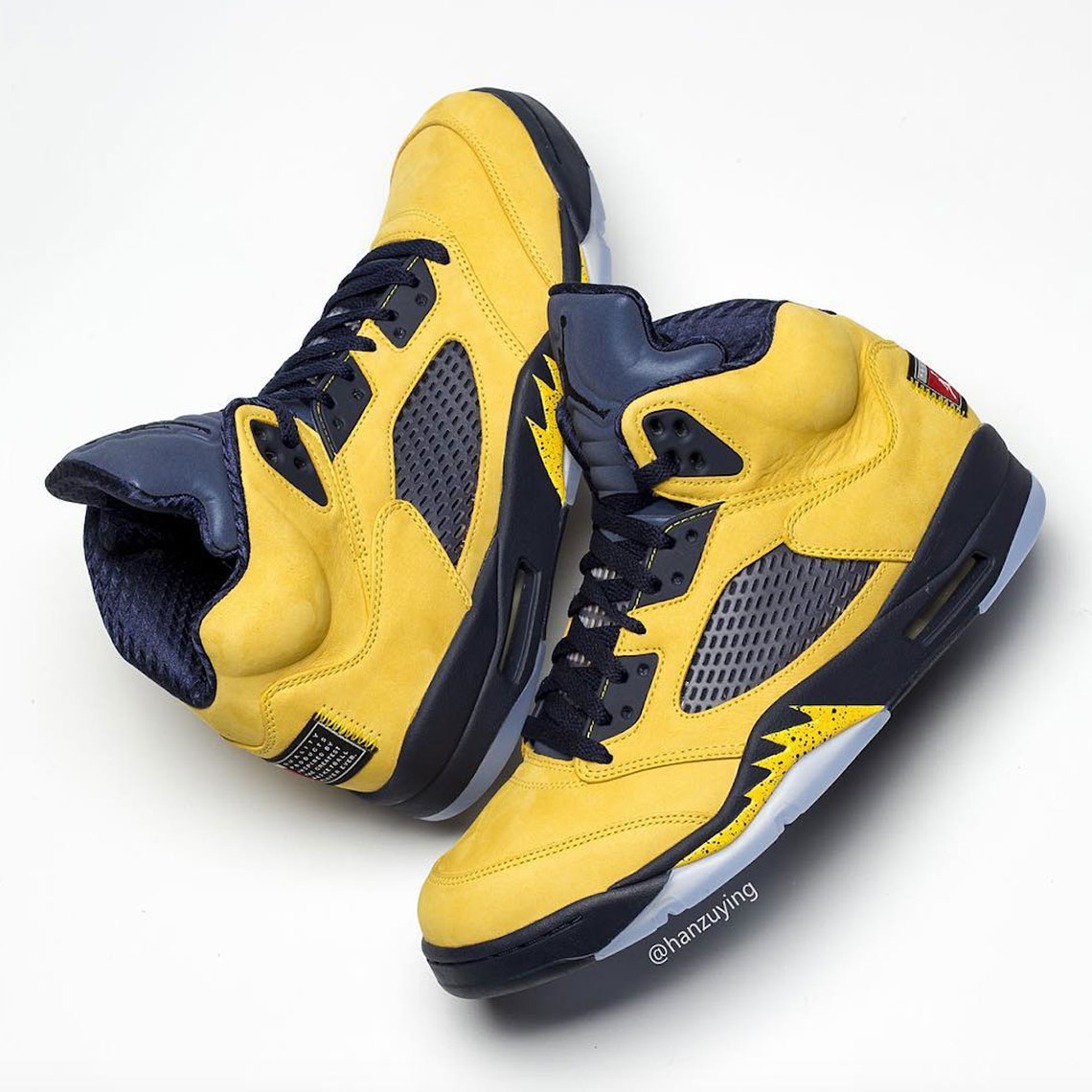 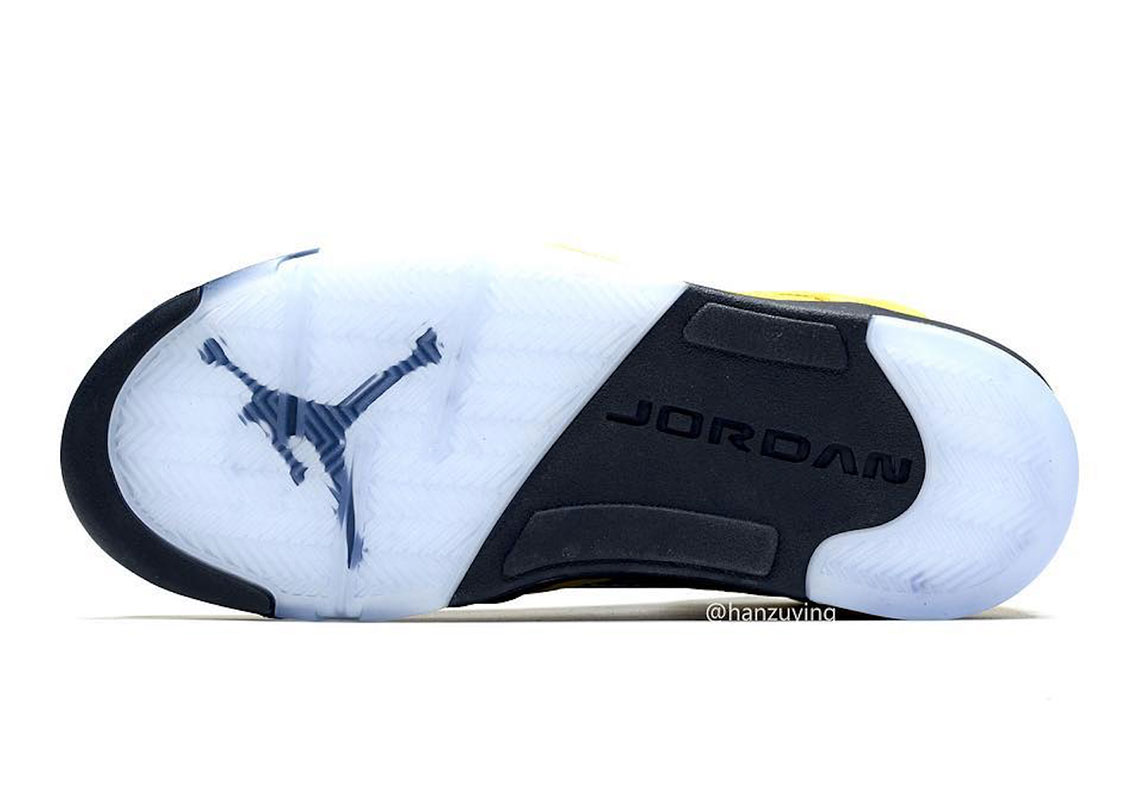 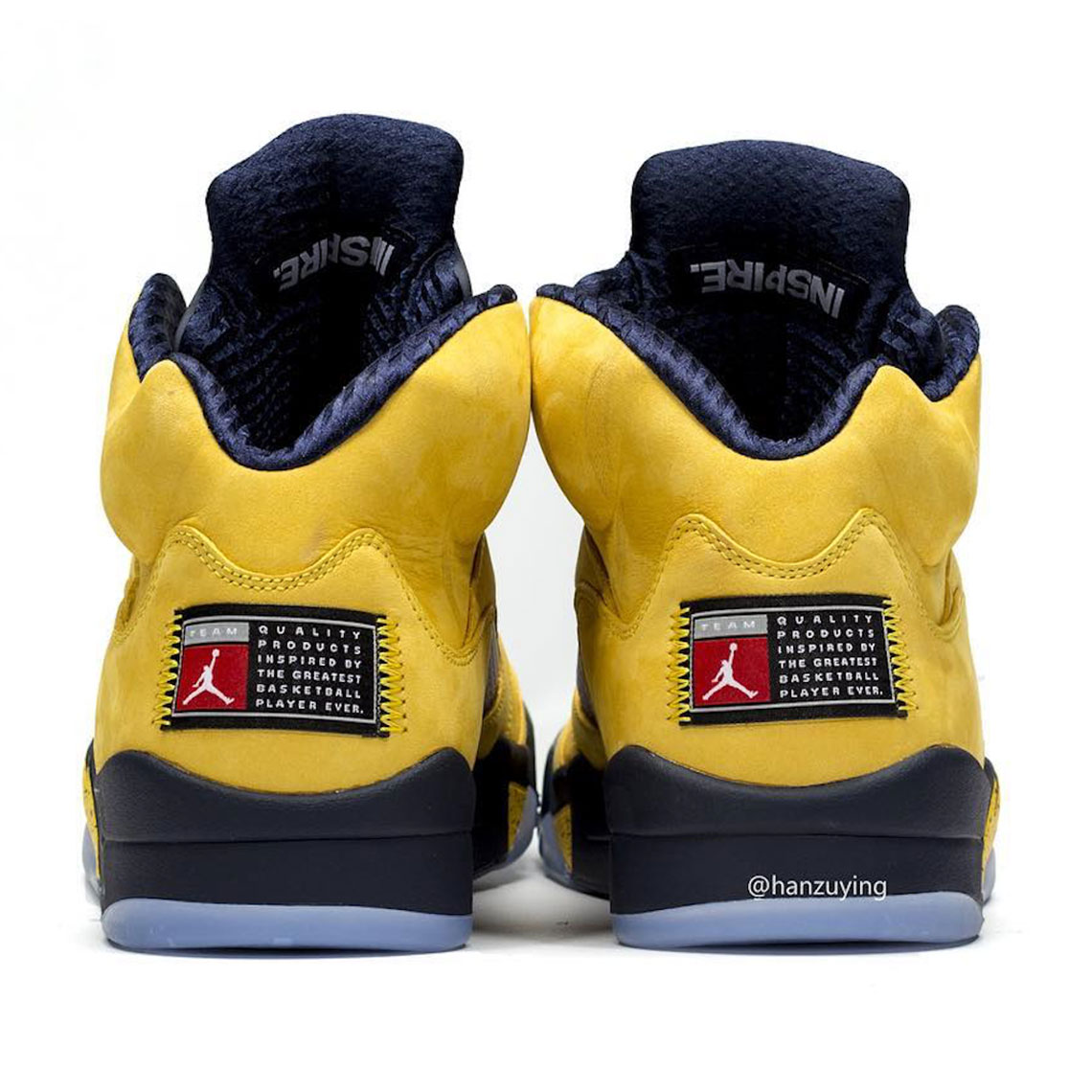 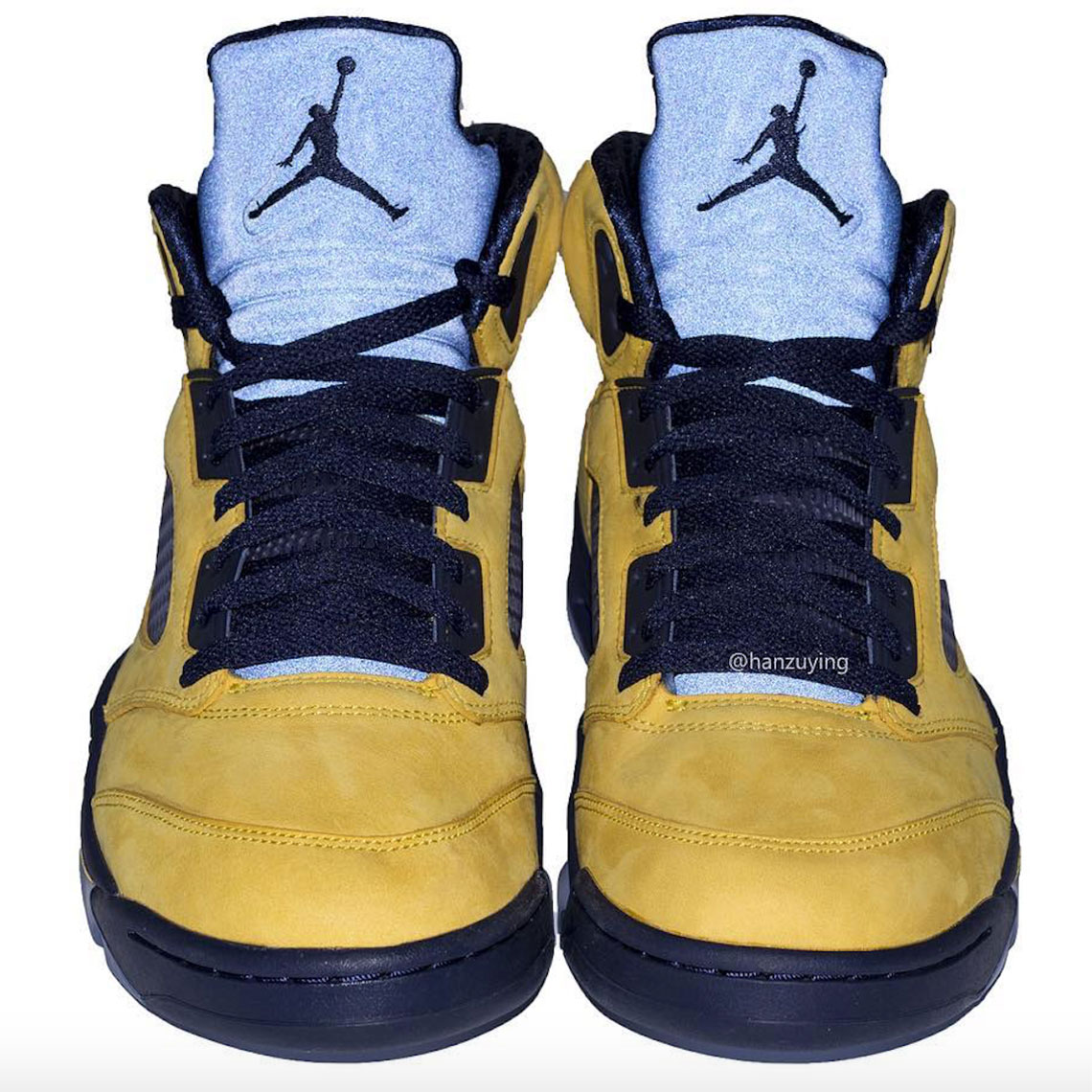 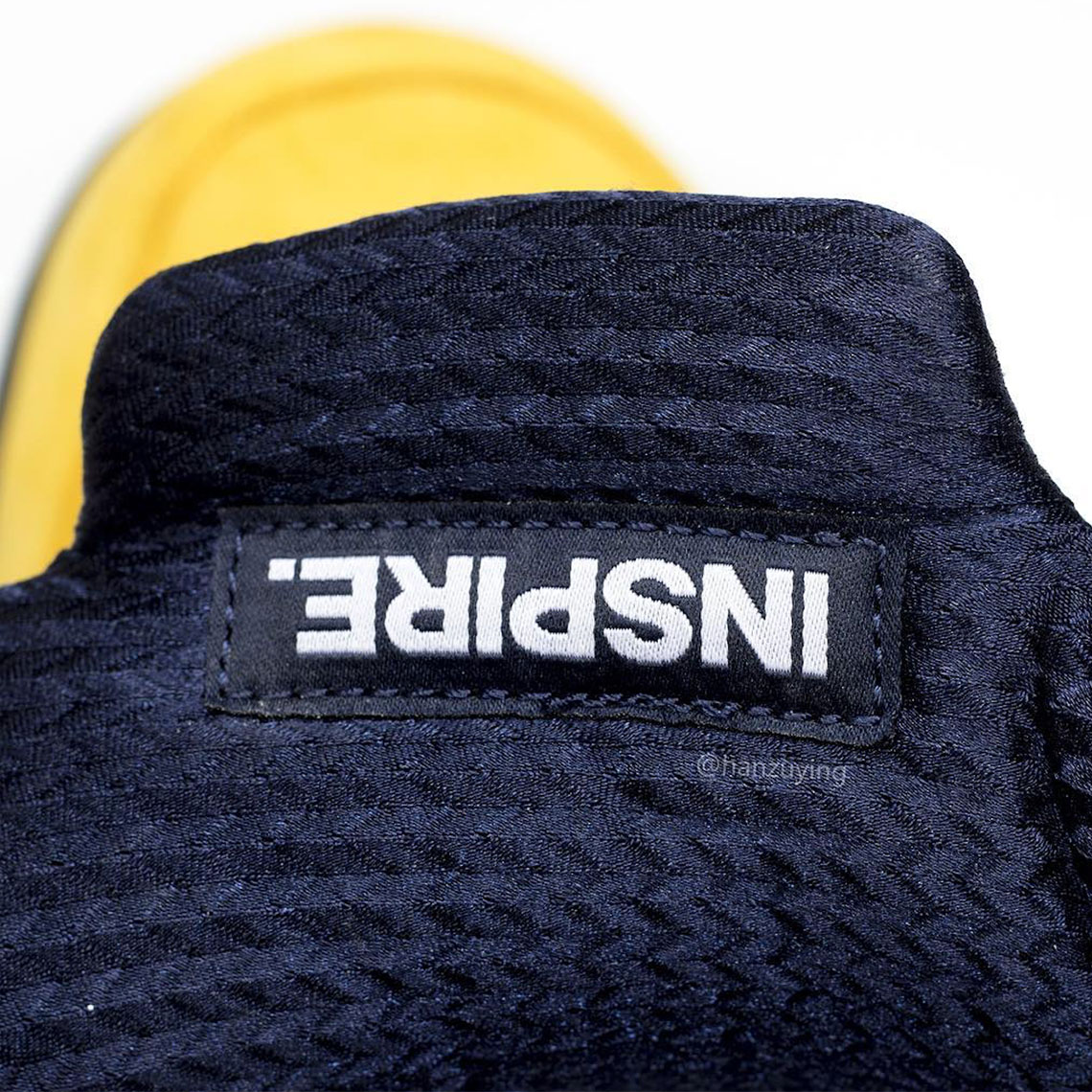