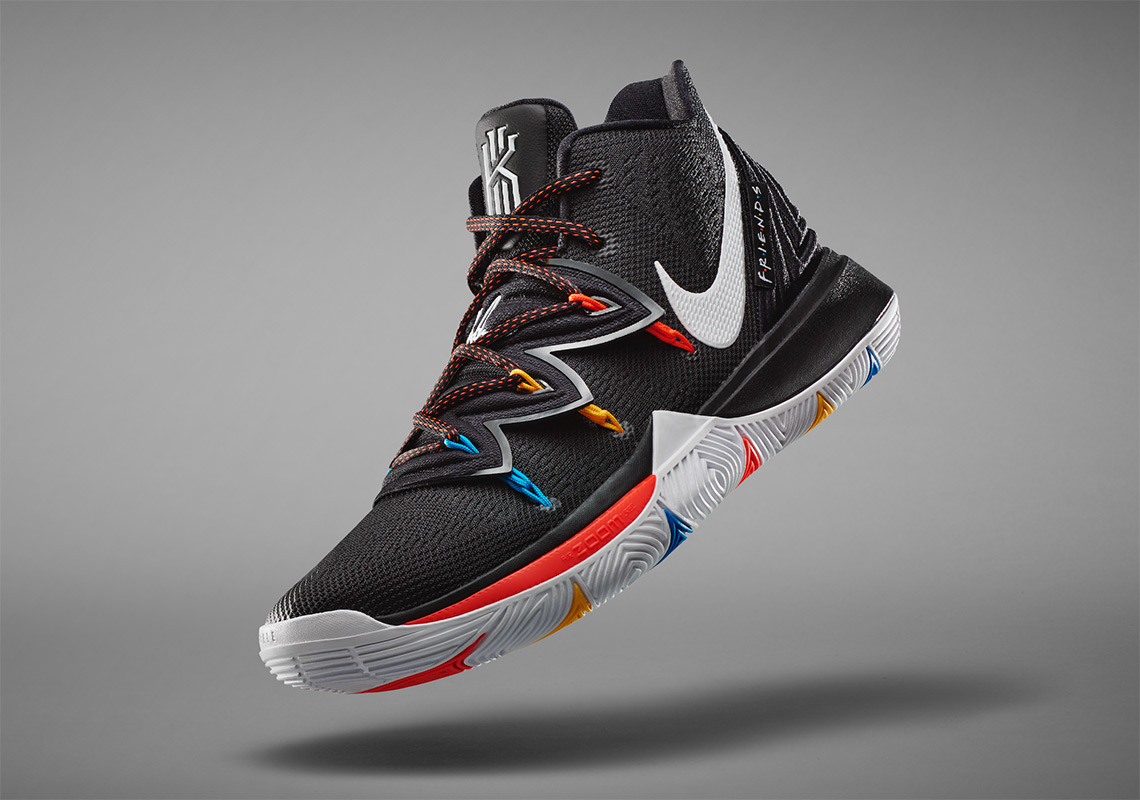 When you have the tattoo, you know the love is real. Kyrie Irving’s eclectic catalog of ink includes the ever-familiar logo of Friends, the generation-defining tv sitcom that surrounded plenty of laughs around a group of pals and one of the most culturally iconic duos in history. This upcoming collaborative release between Nike and the show recognizes the tight-knit relationships the Boston guard has with his teammates a well as the off-the-court friendships that continue to keep him grounded, all while nodding to one of Kyrie’s personal quirks. This might be a stretch, but his history with LeBron draws some parallels to Ross and Rachel; the two mainstays of pop culture seemed to generate more interest when they were actually not together, while the possibility of a reunion kept fans worldwide glued to the tv screens whenever their names are mentioned alongside one another.

The Kyrie 5 “Friends” takes on a simple approach to the show’s logo colors, while the official logo (which is also the aforementioned tattoo) is displayed on a tab right off the heel. These officially releases on Thursday, May 16th in adult, big kids, and little kids sizing alongside a set of matching apparel that even includes the fictional Central Perk coffee shop logo on a long-sleeve tee. Check out Kyrie’s feet tonight as he laces them up for Game 4 of the Eastern Conference Semi-Finals series between the Celtics and the Bucks, a date that also marks the 15th Anniversary of the show’s finale. 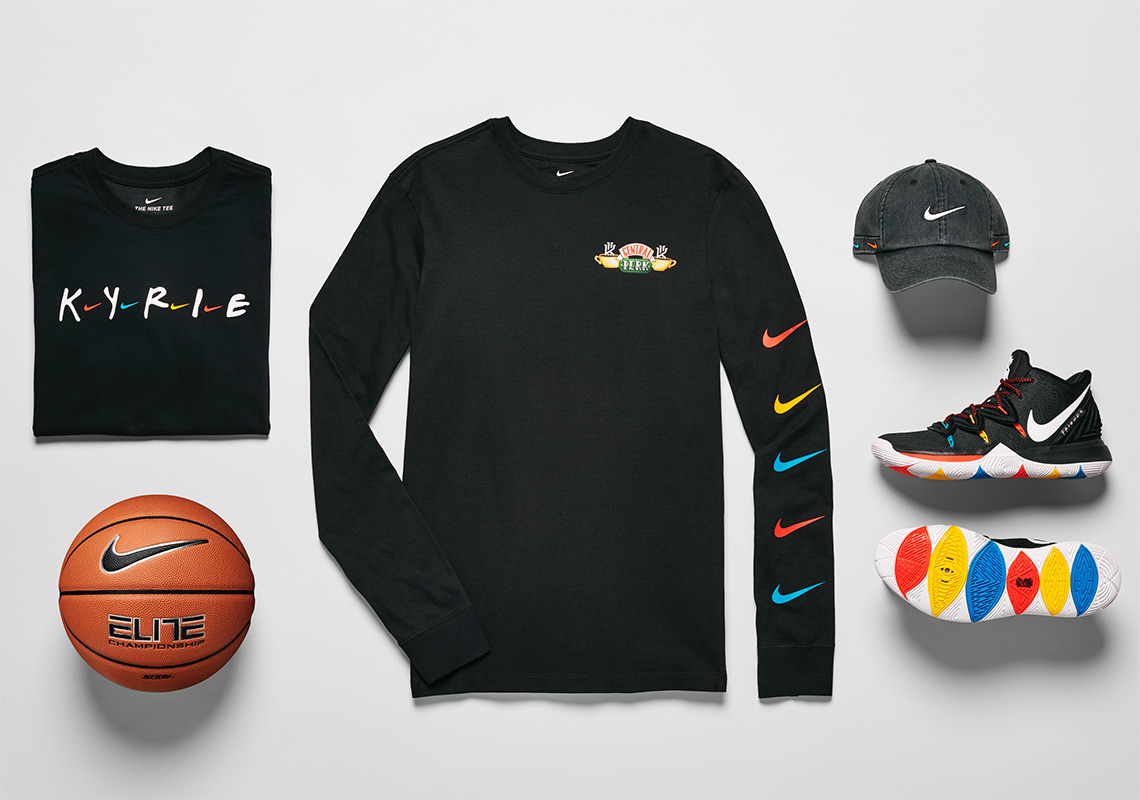 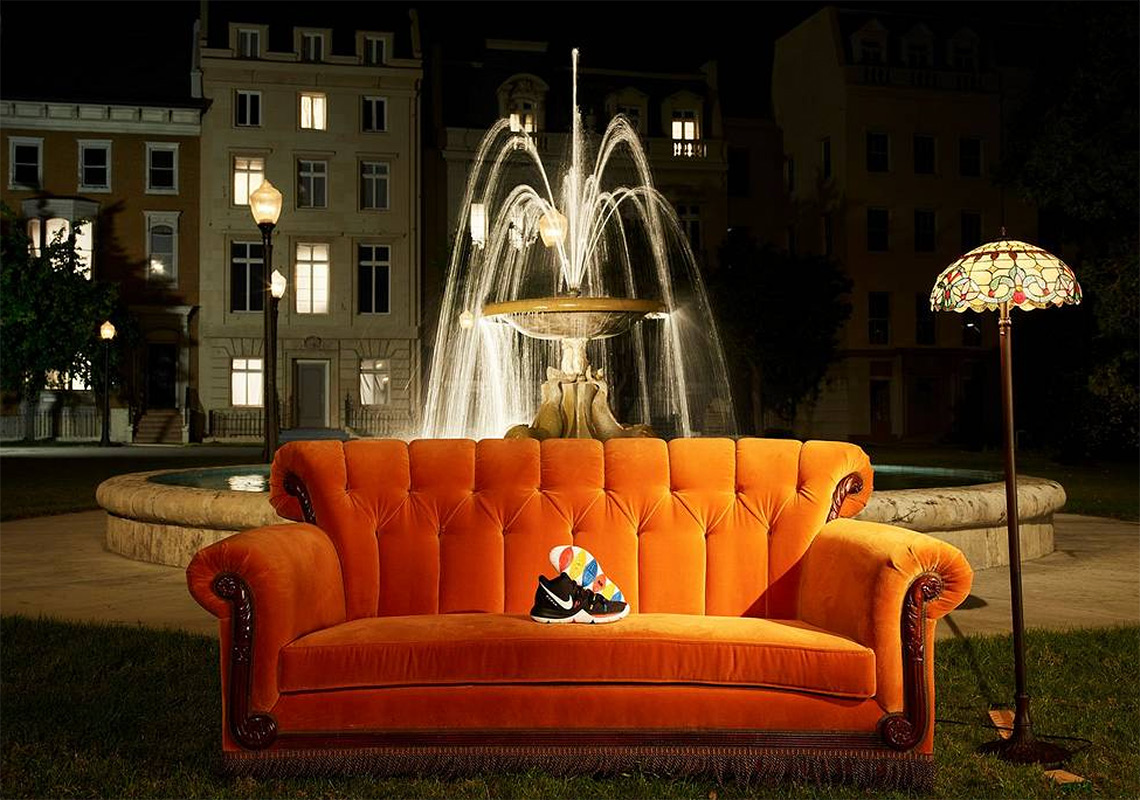 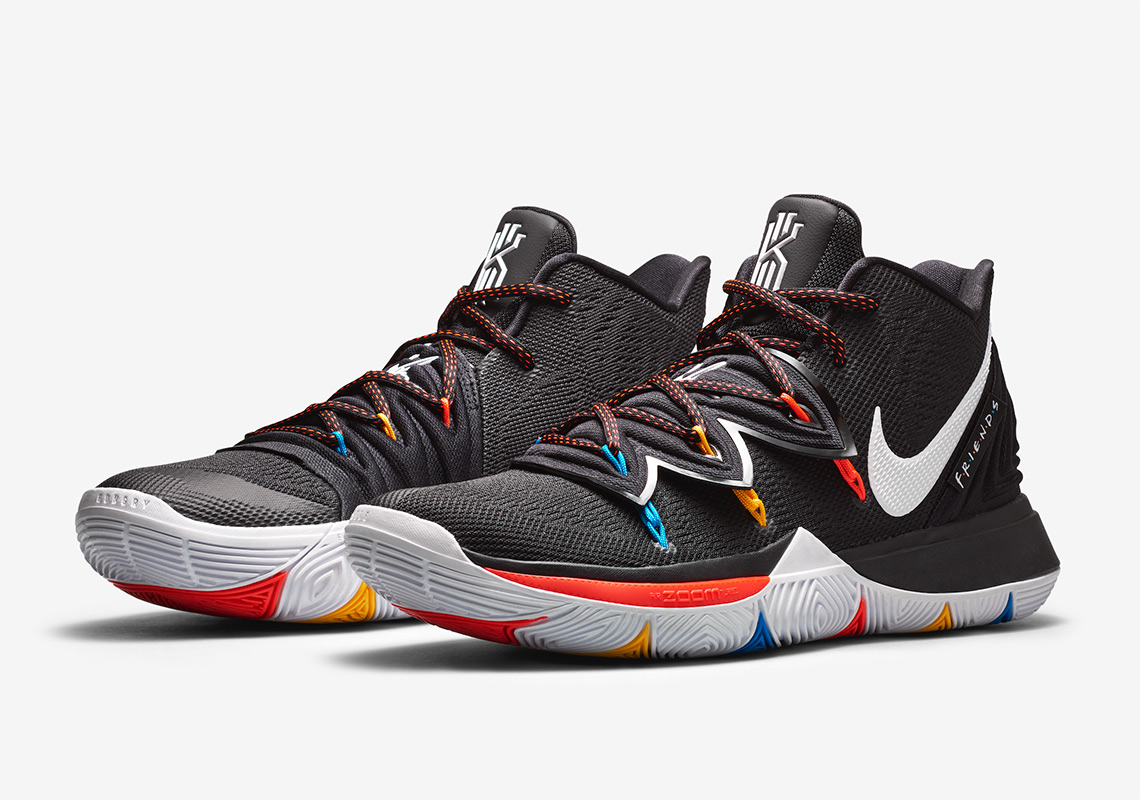 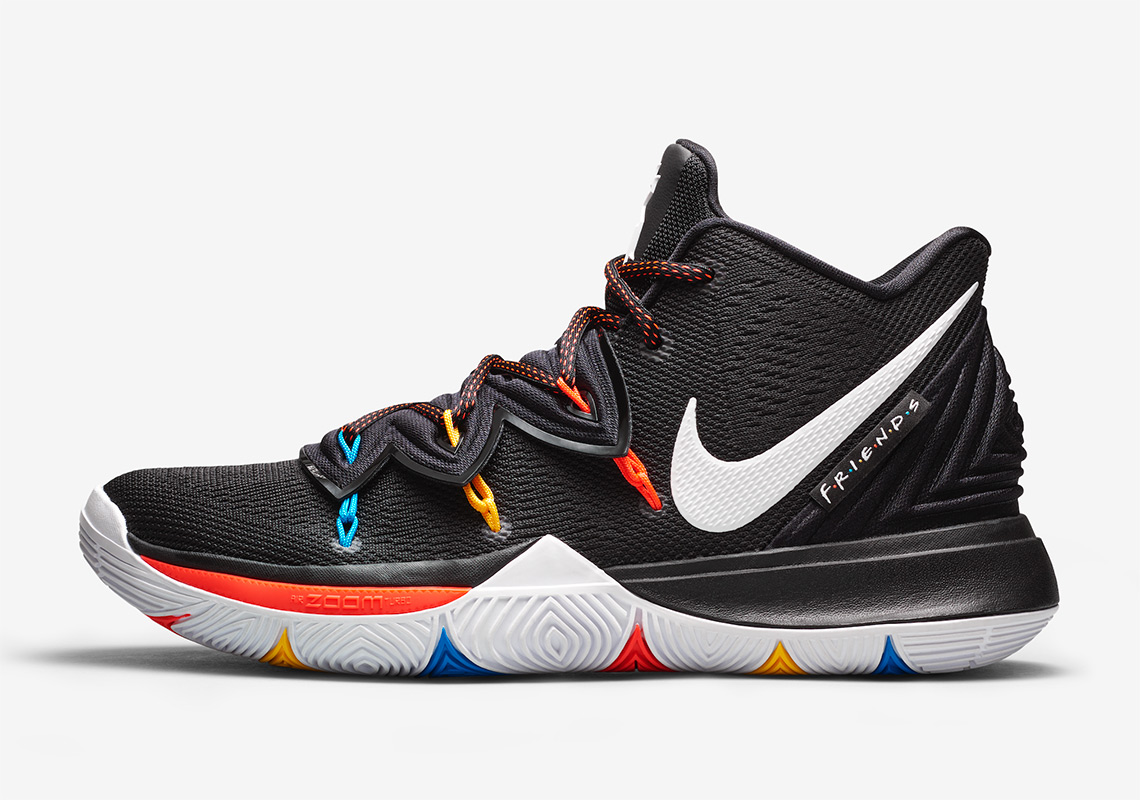 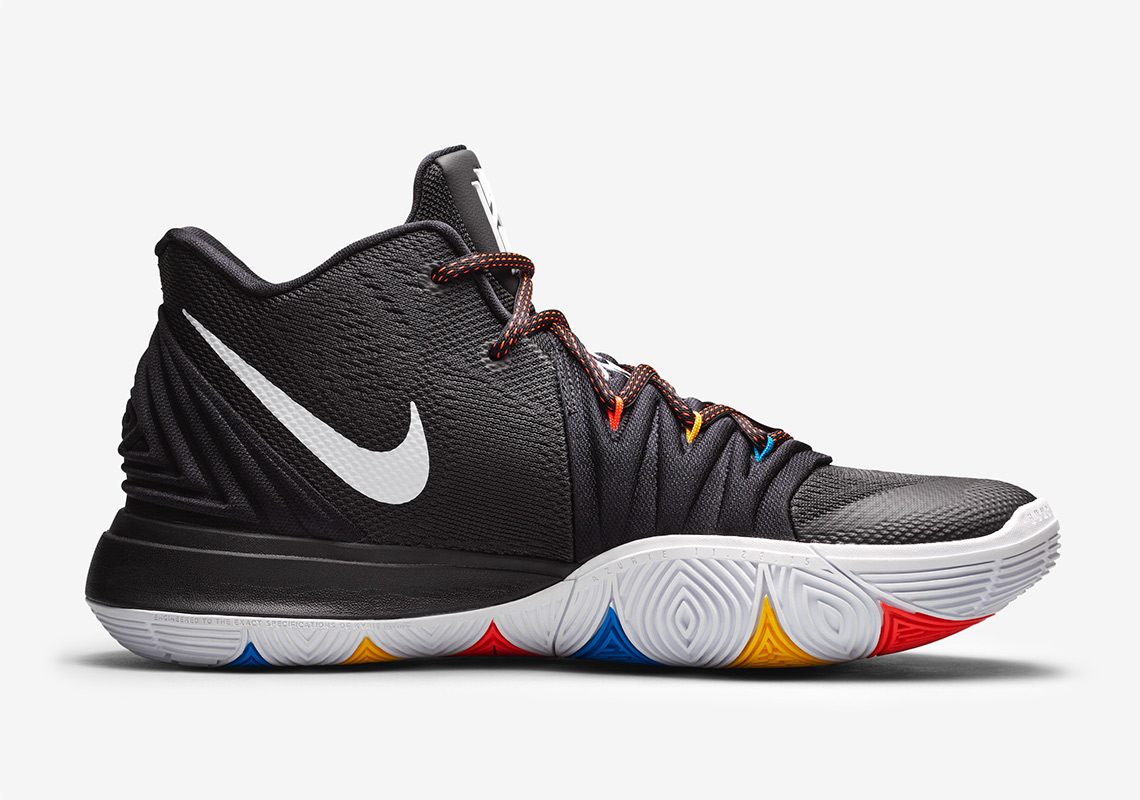 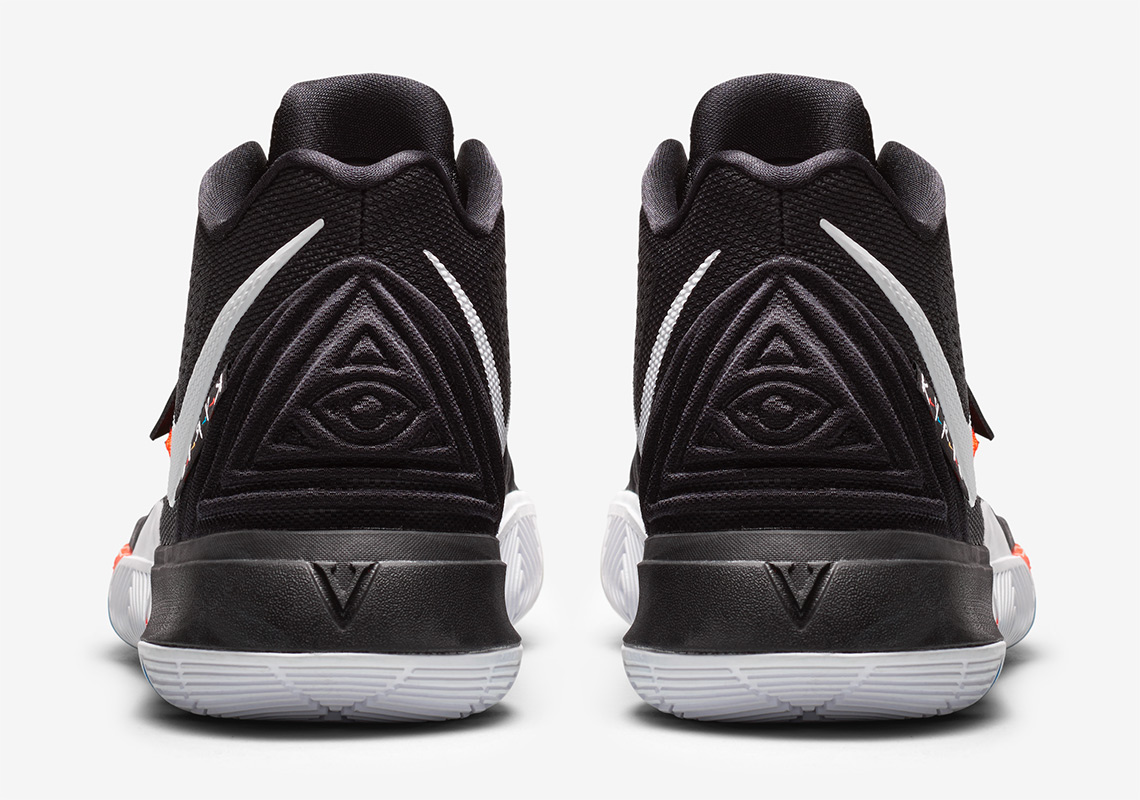 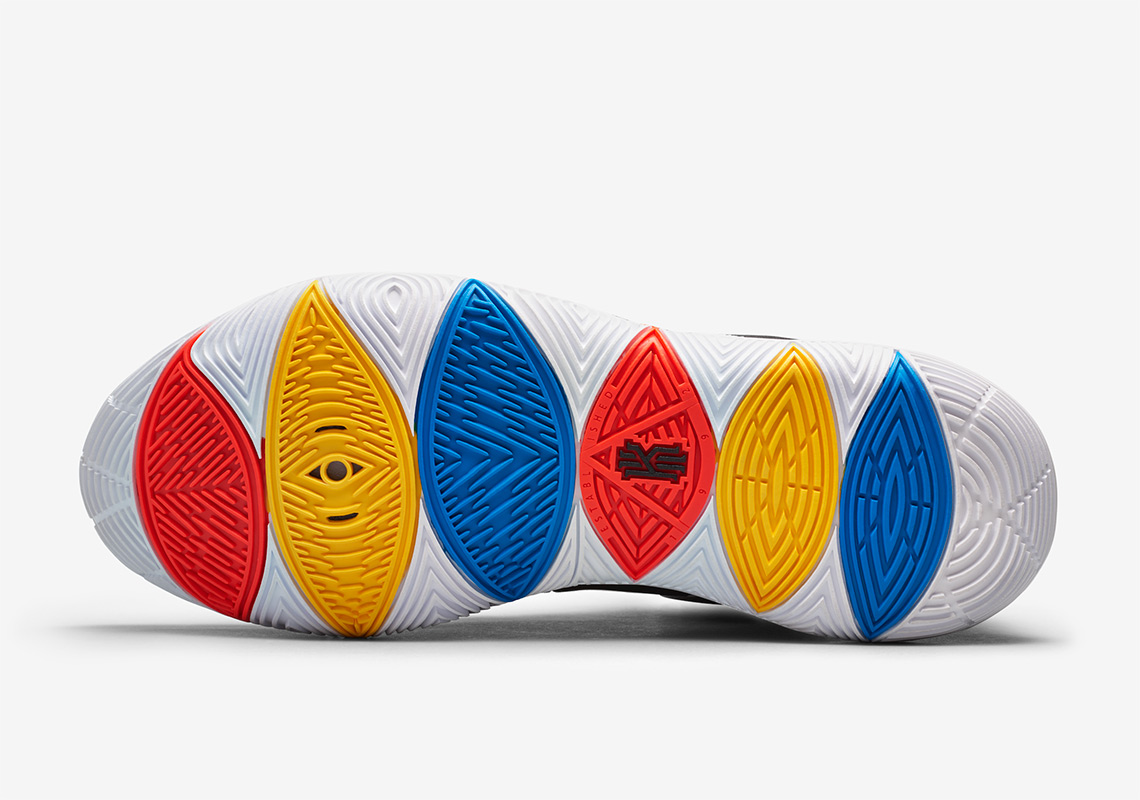 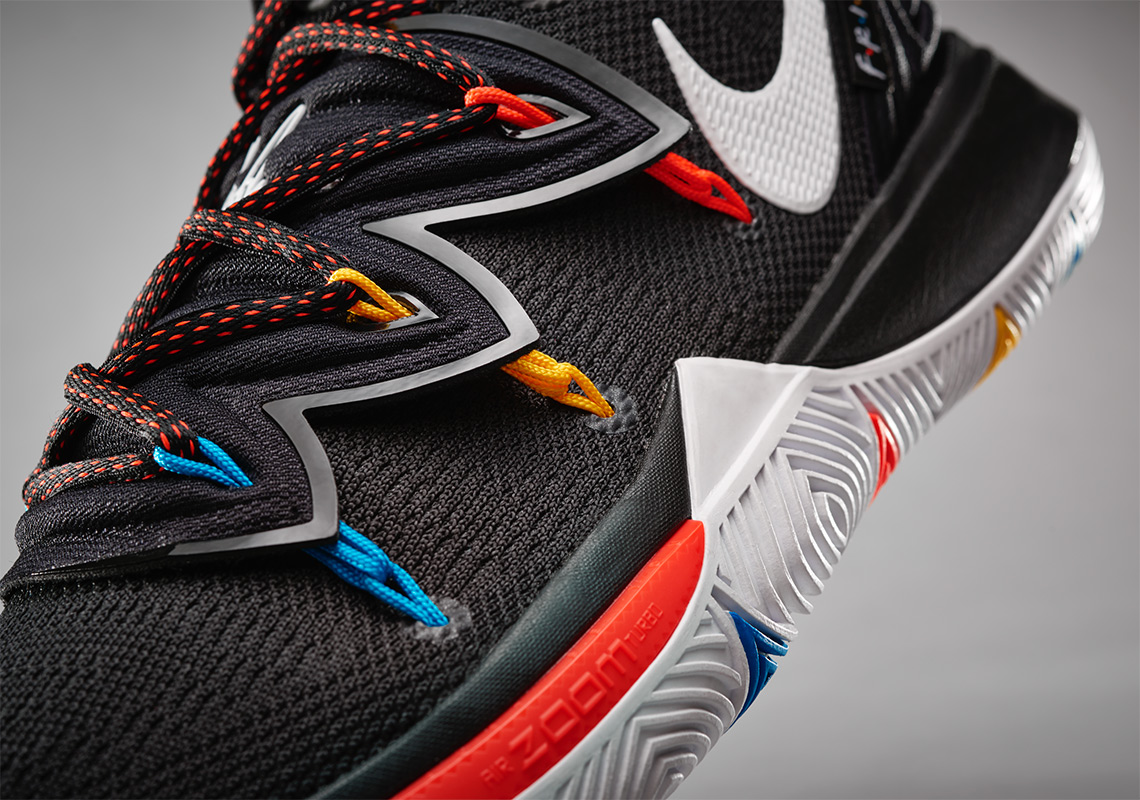 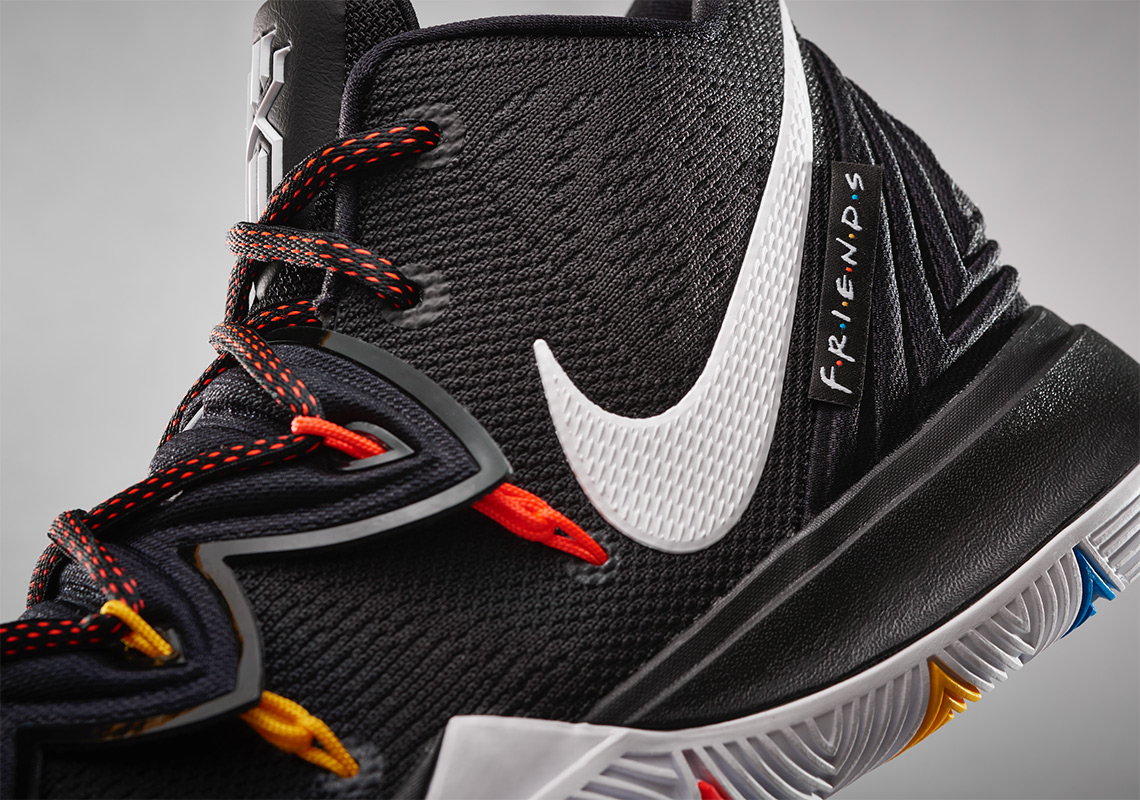 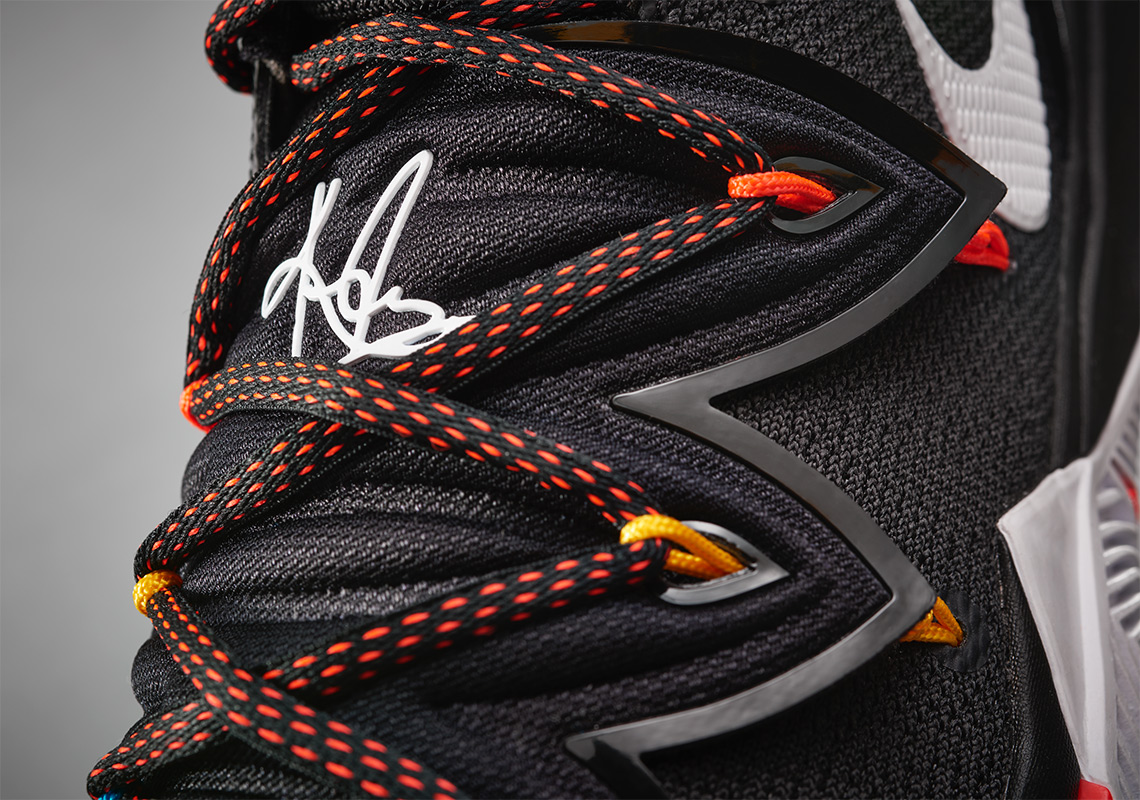 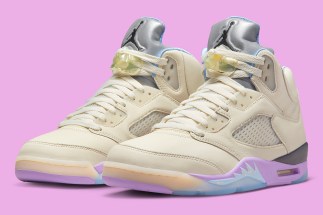 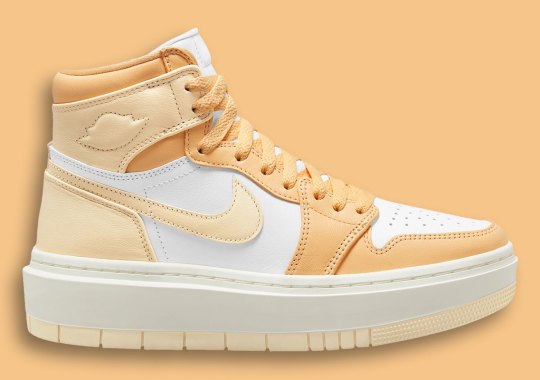