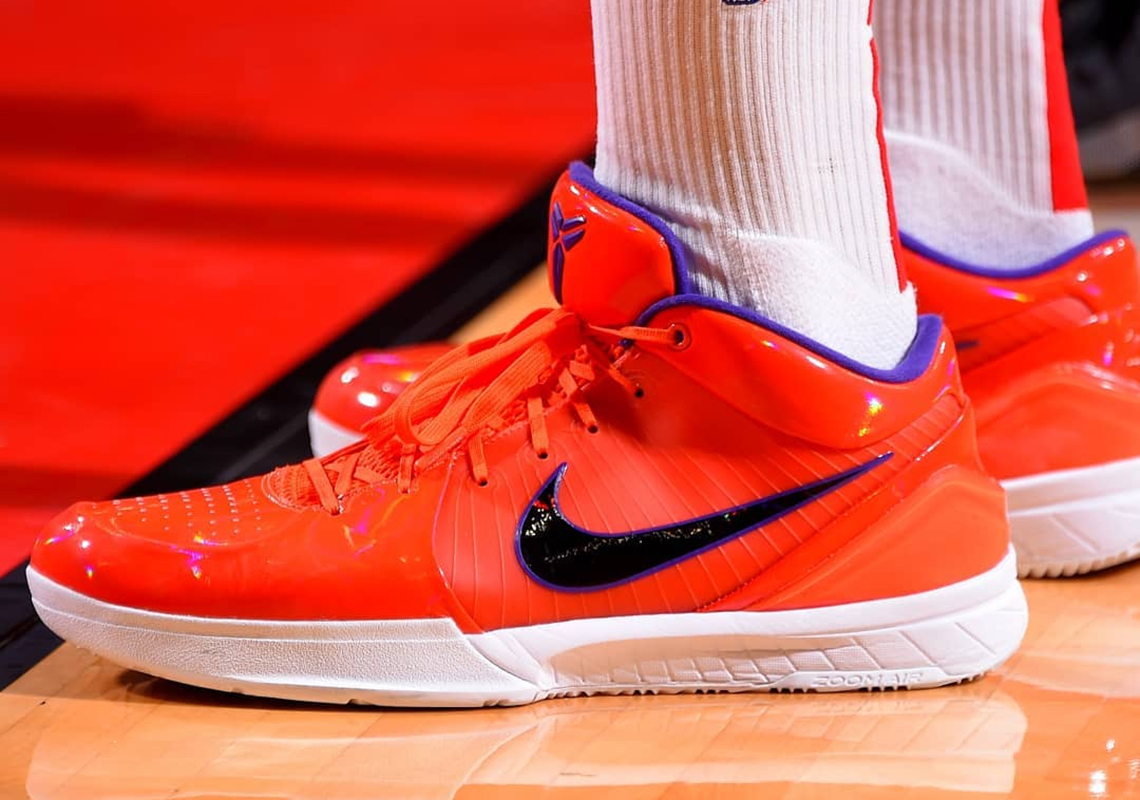 After spearheading Nike’s Kobe 1 Protro efforts last year, it appears as if UNDEFEATED will serve a similar role with the Kobe 4 Protro this year, and NBA sneaker champ PJ Tucker recently took to the court for Game 3 of the Western Conference Semifinals in one of their new collaborative colorways. Featuring a bright orange patent leather/synthetic upper accented by a bold black Swoosh, regal purple trim, a white midsole/outsole, and co-branded insoles, the shoes boast a look that’s unmistakably Phoenix Suns-esque — which would explain why Tucker shouted out Devin Booker while debuting them in an Instagram post. As we’ve already seen another PE colorway on the feet of long-time Kobe line torch-bearer DeMar Derozan, it’s very likely that these Protros will see a city-specific set of releases, much like last year’s lineup. They’re reportedly set to begin rolling out this August, so enjoy a first look here while you wait, and be sure to stay tuned to the Western Conference Playoffs to see if Tucker’s Rockets can manage to upset Steph Curry, Kevin Durant, and the mighty Golden State Warriors as well. 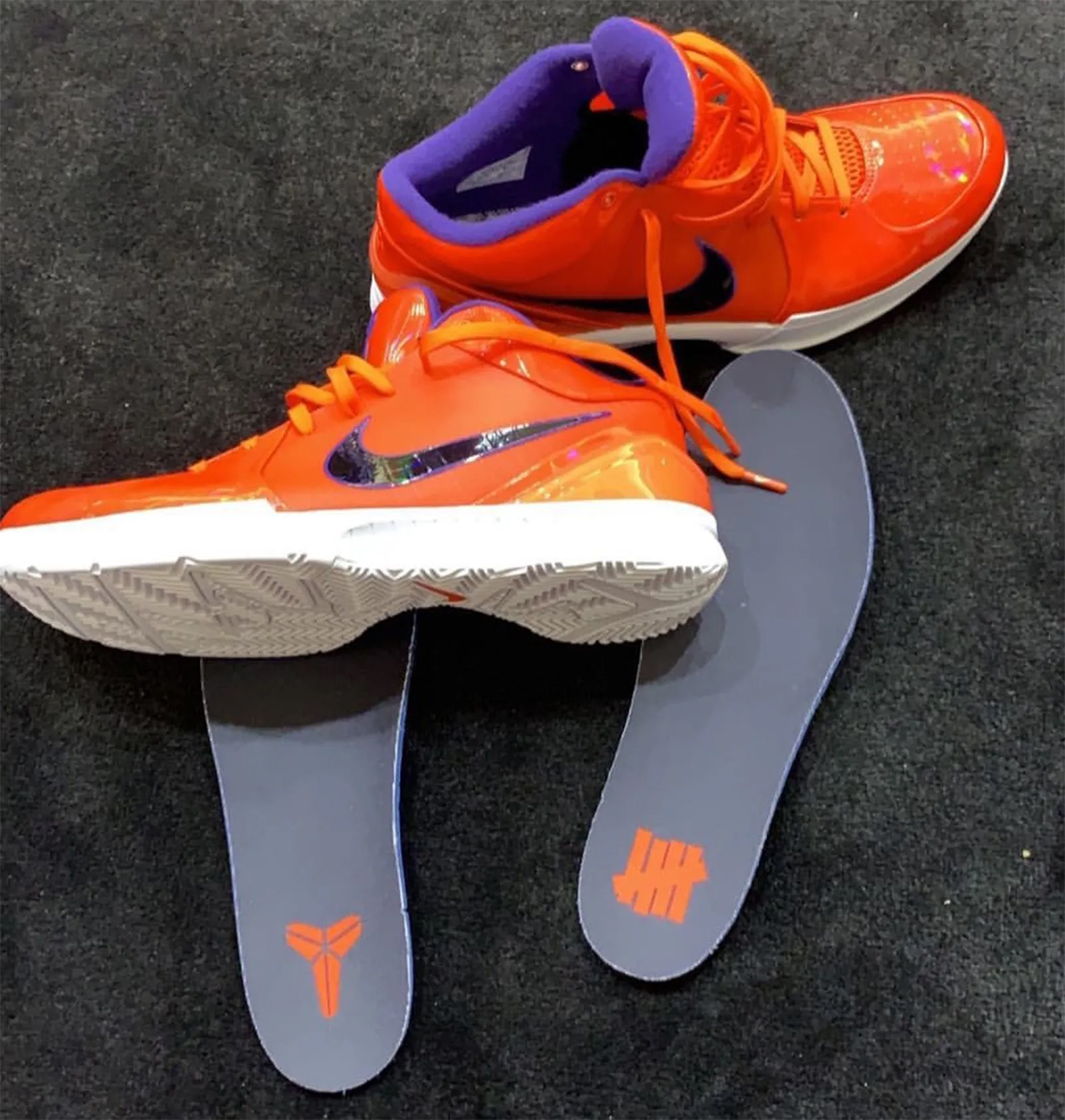