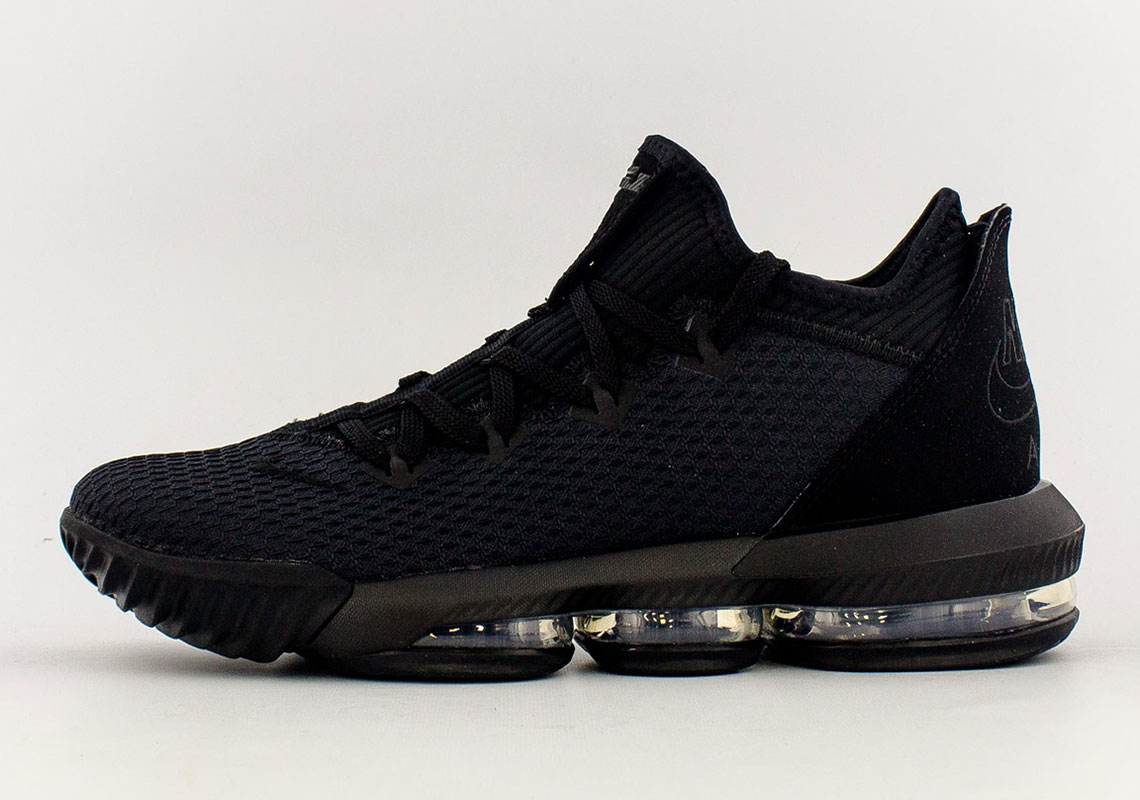 The Nike LeBron 16 Low “Triple Black” Launches On May 13th

Although this is the first time in 14 seasons that LeBron James hasn’t had to impose his “Zero Dark Thirty” playoff abstinence from social media, Nike is rolling right along with their typical slate of seasonally themed releases, as the LeBron 16 Low is set to arrive in a familiar “Triple Black” colorway. Unlike his colorful duo of recent atmos collaborations, the King’s newest low-top kicks are stately and simple, mixing black mesh, synthetics, and suede on the upper for a tonal look. The midsole continues the murky stylings, while the only deviation arrives via the Zoom Air cushioning units, which opt for a wolf grey construction under their translucent shell. A small Swoosh on the toebox, LeBron logo on the tongue, and large debossed Nike Air hit on the LeBron 16‘s signature triangular heel piece then complete the look by providing just enough branded flair. Although you won’t see LBJ take the court in these Nike shoes due to his extended summer vacation, you can expect them to release on Nike.com and at the select Swoosh Hoops stockists listed below.