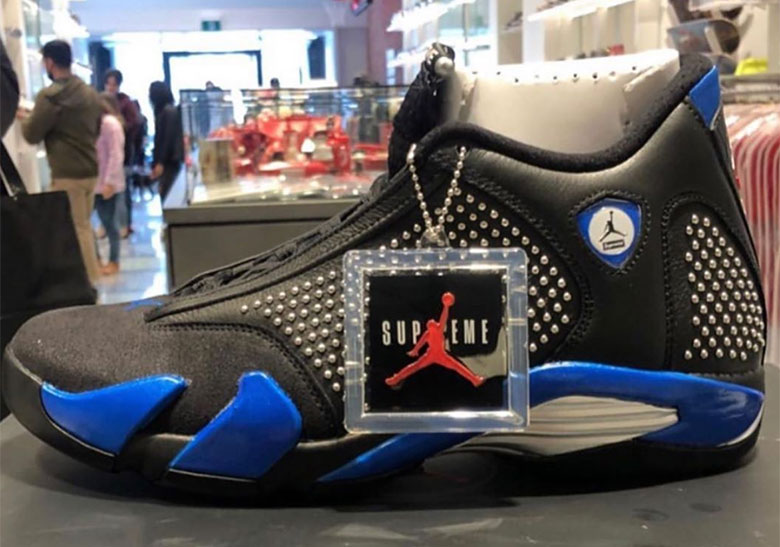 After debuting in a black/white/red colorway mere weeks ago, Supreme‘s Air Jordan 14 collaboration has now been revealed in another makeup: black and royal blue. Like the other pair, the colorblocking is relatively straightforward, combining a black leather and suede base with sporty blue accents on the toothed midsole, heel, and co-branded jeweled badge. However, the shoe’s signature silver studs — an embellishment that’s nothing if not divisive — seem to shine a bit brighter here as they jump off their dark background, combining with the aforementioned pops of blue to provide a look that’s not terribly dissimilar to a rockstar’s leather jacket. More sleek silver arrives on the midsole, and a co-branded hangtag completes the stylings. Supreme last worked with Jordan Brand on a three-pack of Air Jordan 5s back in 2016, and if the success of those designs is any indication, this pair is sure to sell out fast as well. An official date of arrival has not yet been announced, but they’ll likely release this summer or fall as part of Supreme’s famed seasonal collections. Get a first look here, and stay tuned to our Jordan Release Dates page for more info as it’s available. 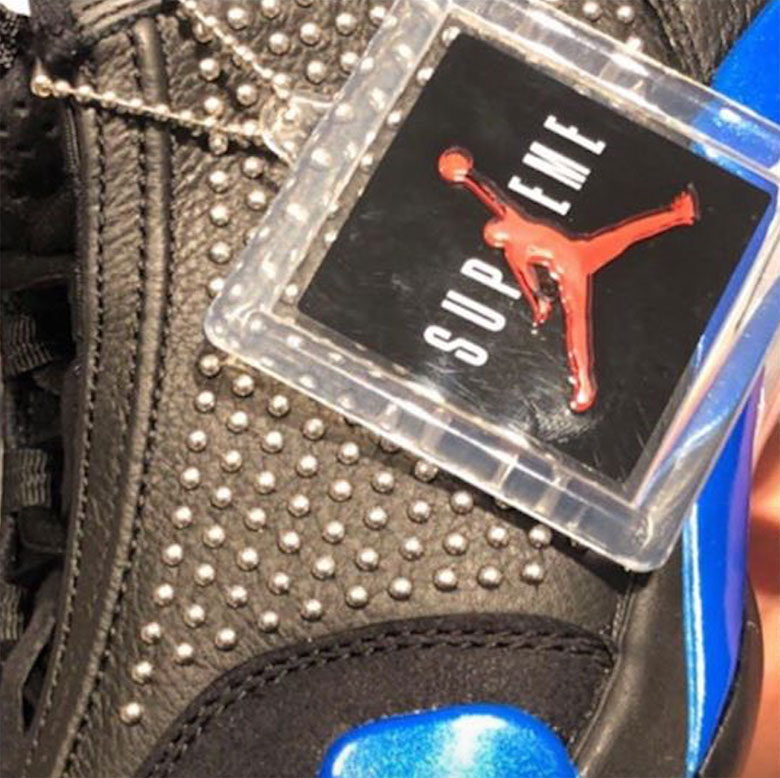 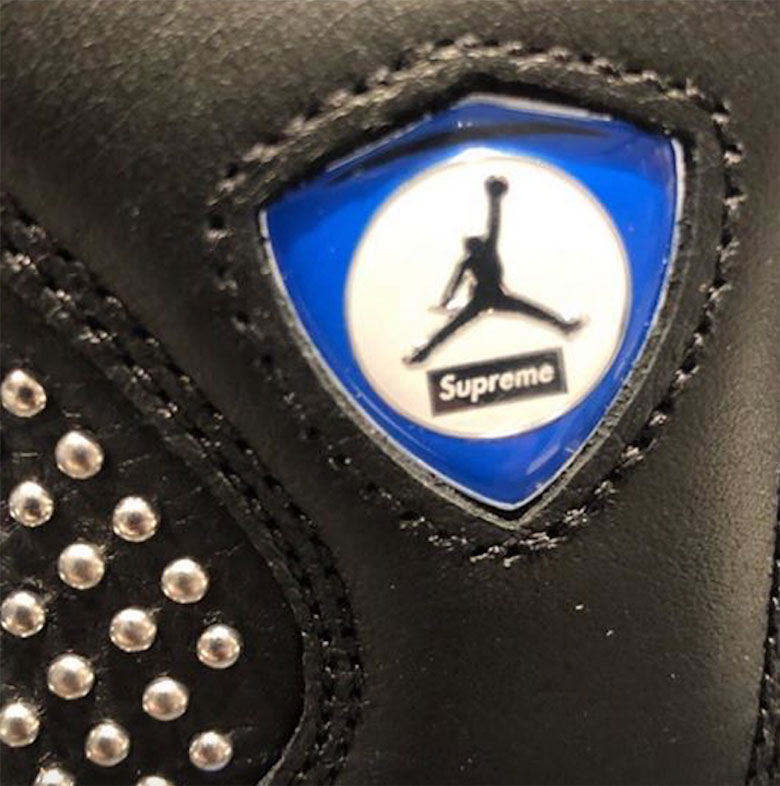