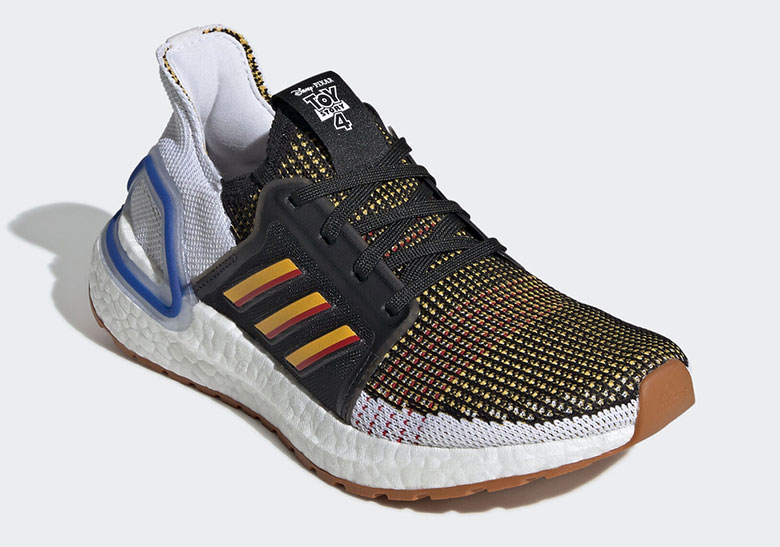 Lately adidas is on a spree with their celebratory colorways, tapping Game of Thrones as it rears its way to the end of the series, Marvel in the peak of End Game buzz, and now Toy Story as it reaches its fourth entry after what many presumed to be the end of Woody and the gang’s many adventures. The Three Stripes model fortunate enough to don the colors of the main protagonist is none other than the much newer Ultra Boost 19 as its weave reflects some of the strongest tones in the palette of the pullstring sheriff. White boost midsoles are neutralizing along the underside of the body and heel wrap, accented by a gum bottom much like his pair of cowboy boots. Knit threads swap in and out between a rich olive, bright yellow, and subtly placed red while the cage’s classic tripled logo features only the latter two of the earth tone spectrum. “Toy Story 4” iconography finds its way onto the tongue tab with the insole revealing a toon graphic of the character himself.

Check out a detailed look at the pair below, and its quite likely we’ll be seeing accompanying schemes resembling many of our other heroes, such as Buzz, the lovable Rex, and others, so stay tuned as the breadth further fleshes out. A release will be set to go down on the same day as the movie’s premiere, so be sure to hit up adidas.com and select retailers on that June 21st date. 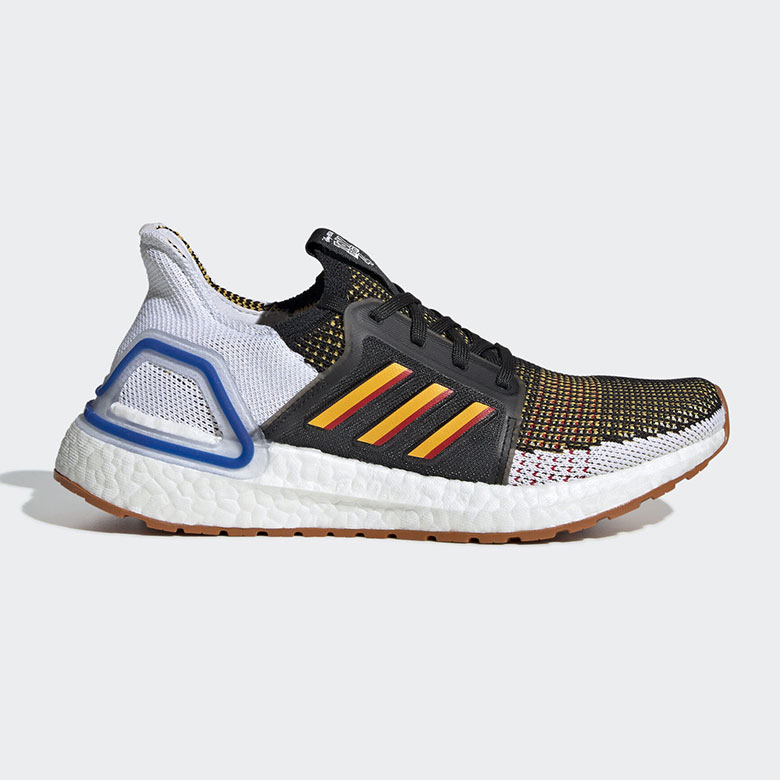 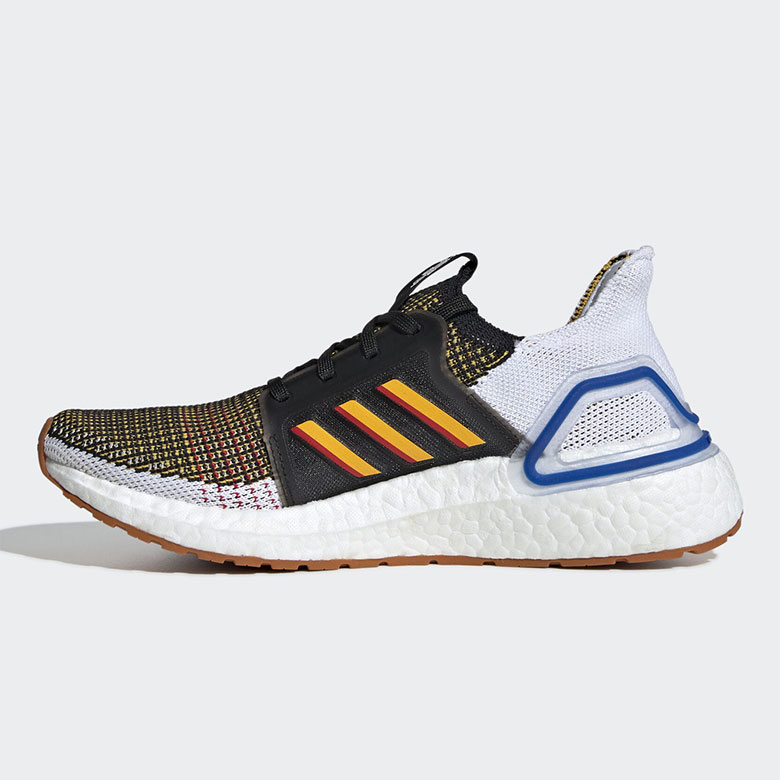 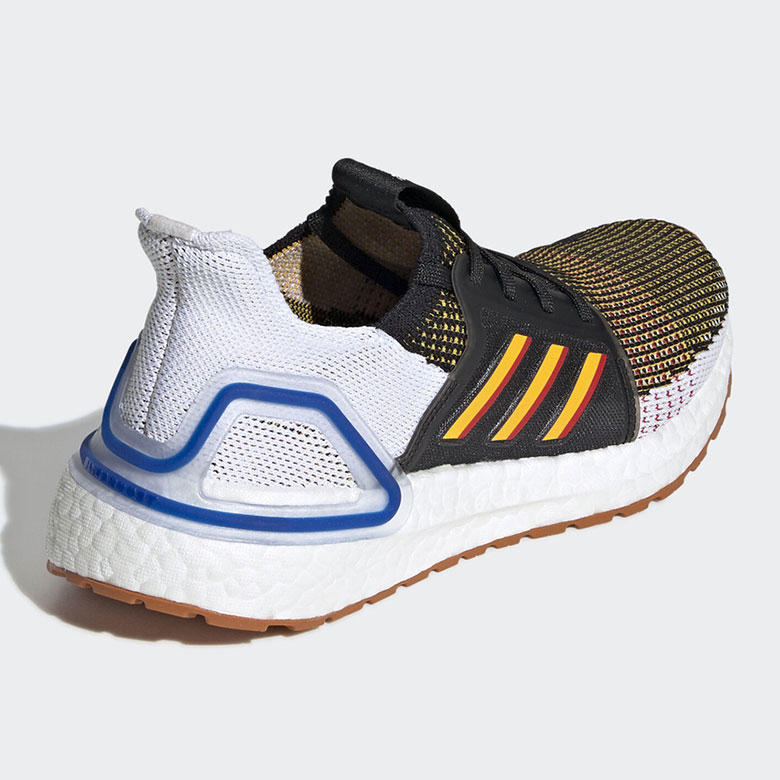 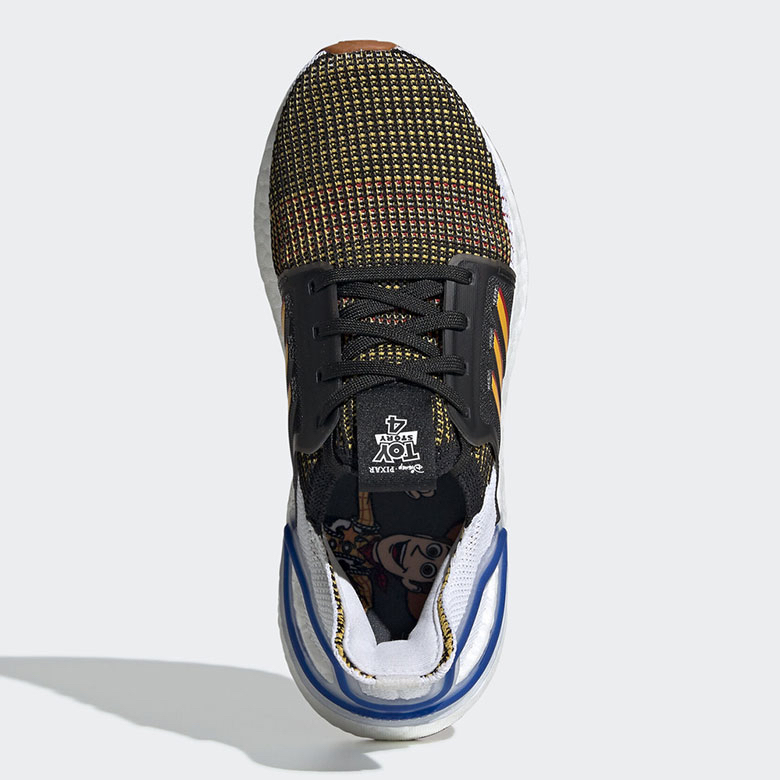