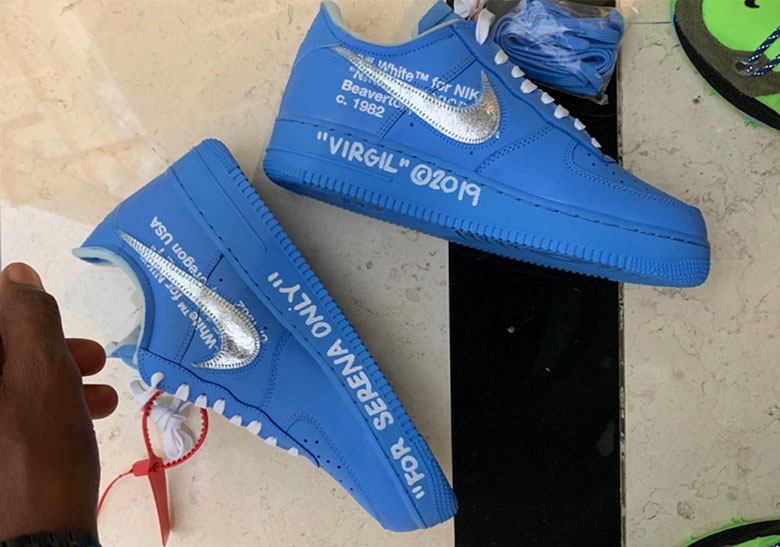 Virgil Abloh and Nike are poised to revisit their collaborative endeavors in June as their co-created “Athletes In Progress” capsule, inspired by women’s track and field, is set to officially release on June 27th. There have also been rumors that the famed blue colorway of the Off-White x Nike Air Force 1 is scheduled to drop sometime in June as well, with proceeds going towards the Museum Of Contemporary Art in Chicago. Similar to how the black colorway made its drop exclusively in-store at the Museum Of Modern Art in New York City, this upcoming Off-White x Nike Air Force 1 MCA could possibly come with accompanying accessories.

Today, this titillating blue colorway reappears on Virgil Abloh’s personal Instagram feed as he is filmed signing a personal pair for one of his muses, tennis living legend Serena Williams; he signs the midsole with various tags such as “Air Williams,” For Serena Only,” and “Virgil 2019”. See below for the latest looks at these shoes and stay tuned for release updates.

Update 6/05/19: The light blue pair of Off-White Air Force 1s are no longer set to release on June 10th but at a later date through a wider-than-expected breadth of channels. Expect them to release later down the road on SNKRS and the Frenzy App as well as a raffle by Empty Gallery. 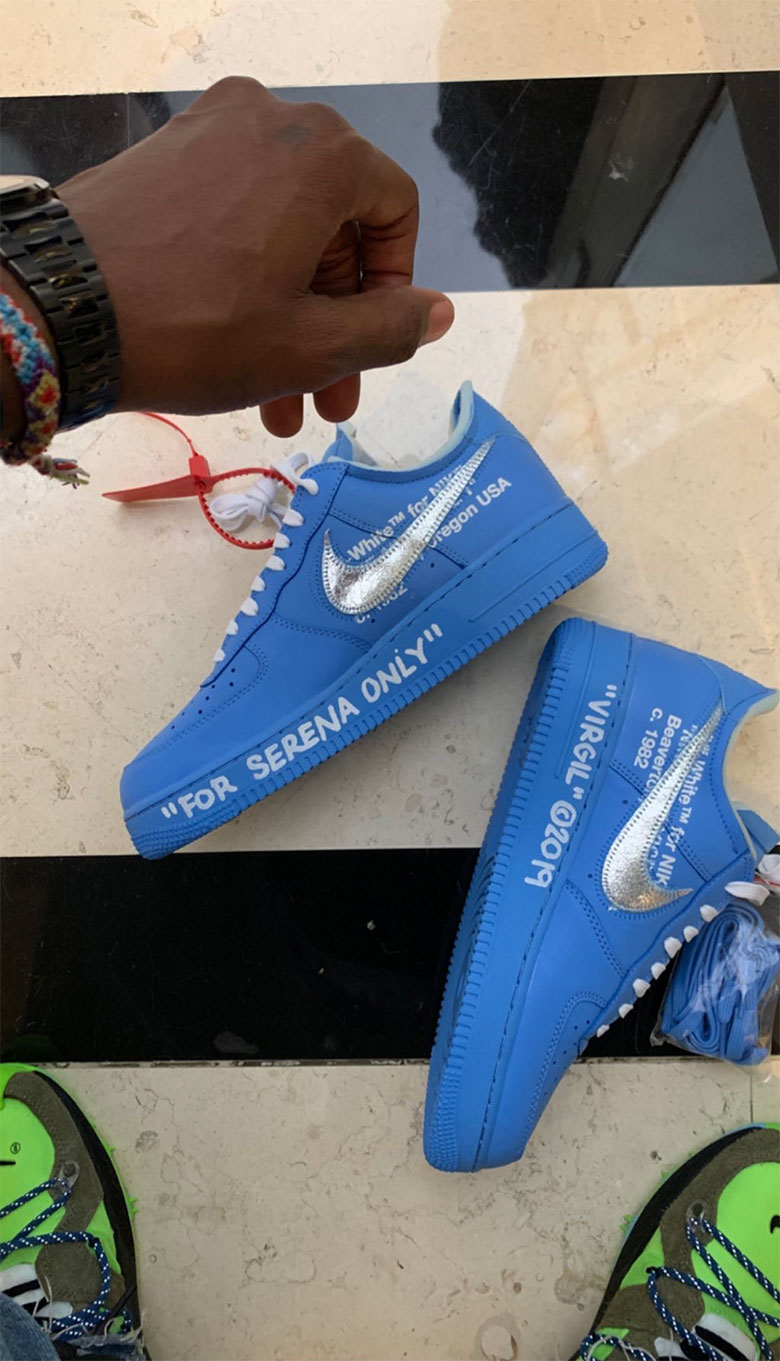 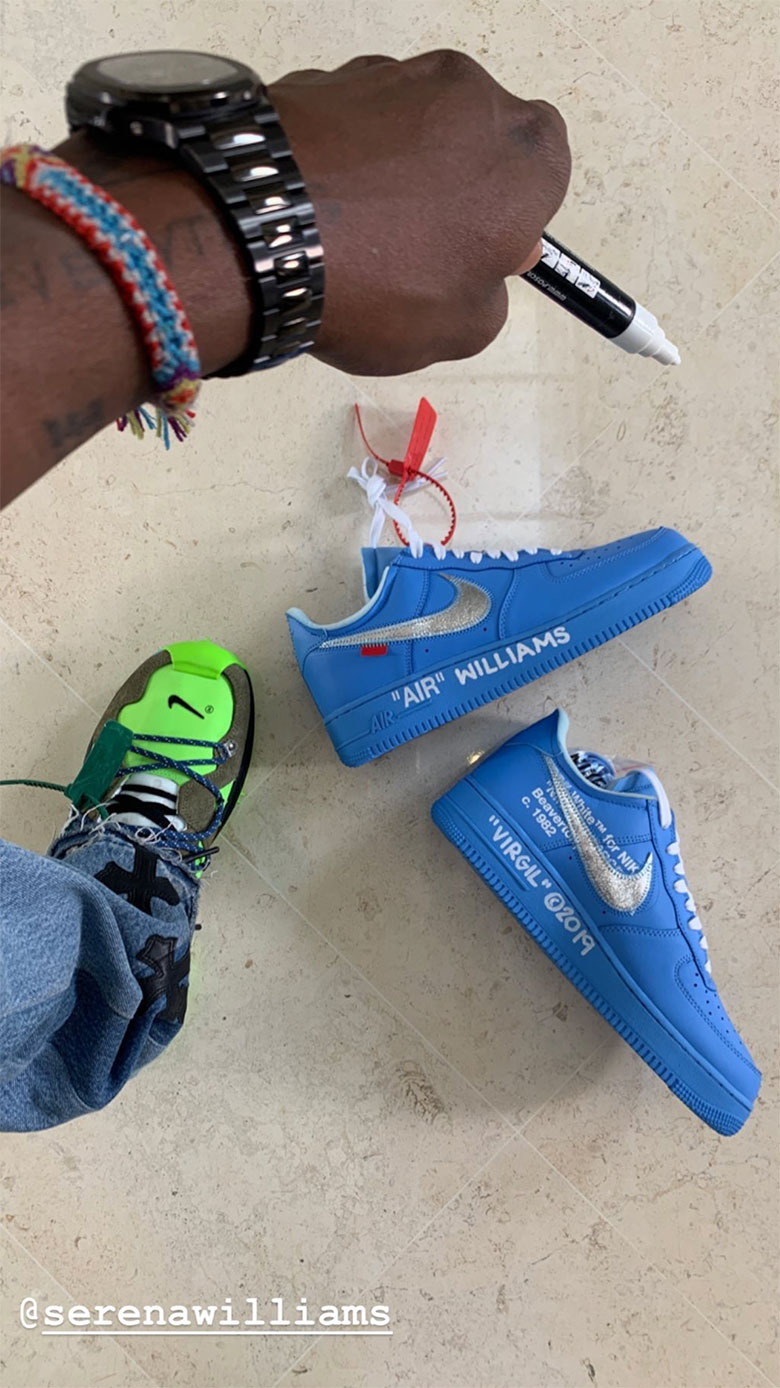