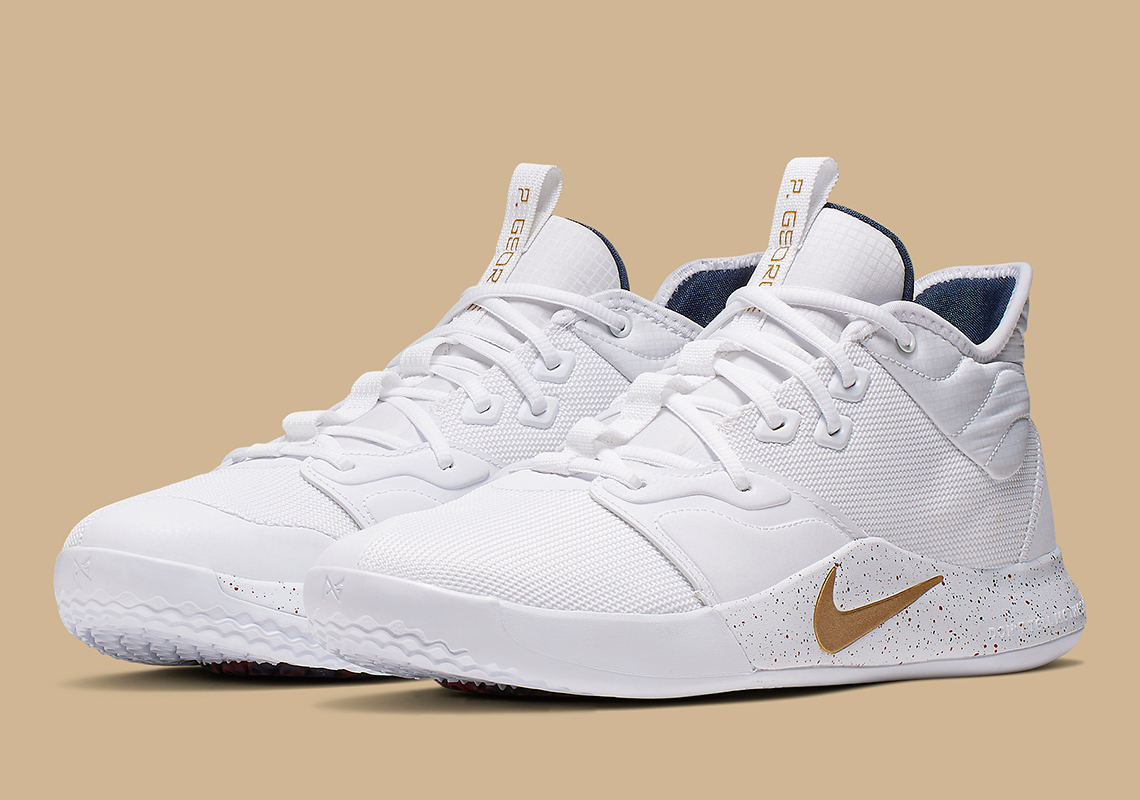 The Nike PG3 Is Releasing In White, Gold, And Navy

Even though his OKC Thunder may have fallen short of their NBA Championship aspirations, Paul George enjoyed his finest season as a pro with a first team All-NBA selection, and his Nike PG 3 also made its mark by becoming the most-worn signature model in the league. Now, the Swoosh Brand is set to keep the PG 3’s momentum rolling this summer with a new white, gold, and navy colorway that gives off USA Basketball vibes. The mesh-and-synthetic upper is dressed almost entirely in a stark white, while gold hits on the tongue/heel and a navy blue sockliner offer just enough contrast. The midsole provides most of the shoe’s flair thanks to a gold Swoosh and a navy/red speckled print, while the outsole rounds off both the looks and performance with a circular traction pattern and a marbled panel directly under the forefoot’s Zoom Air cushioning unit. Get a detailed look at PG13’s newest kicks here, and expect them to release on June 1st for $120 USD at the retailers listed below. 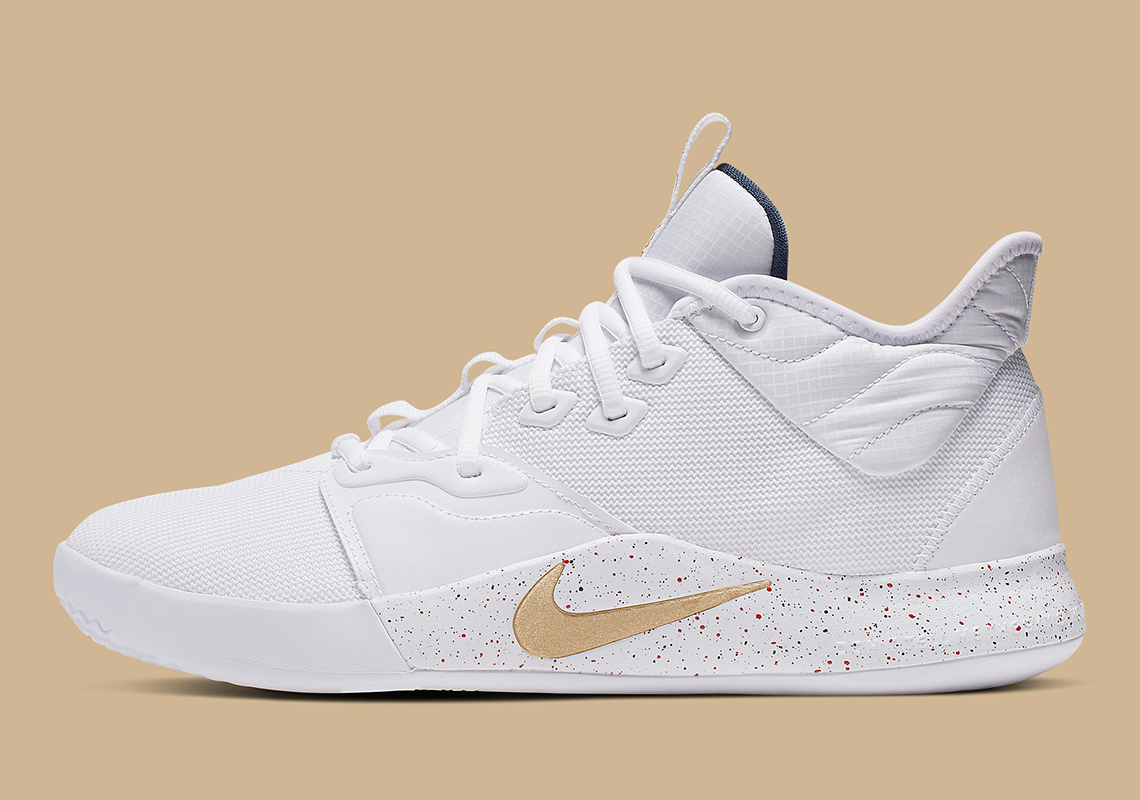 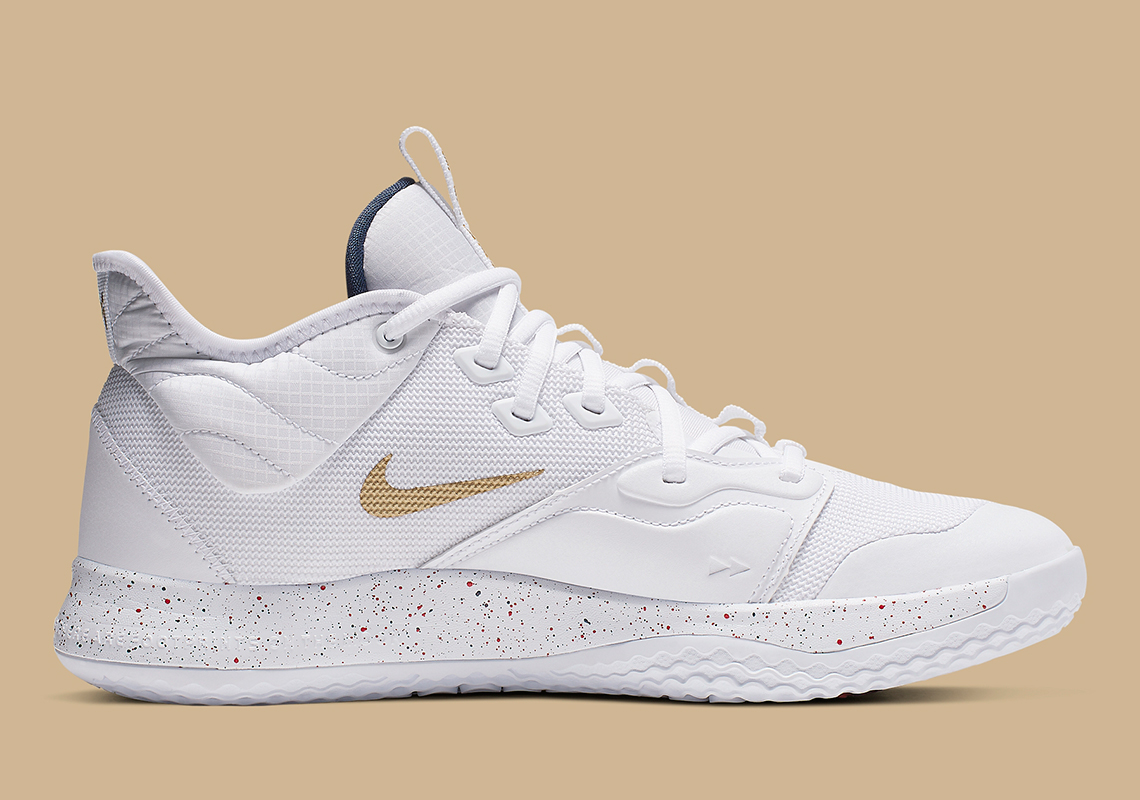 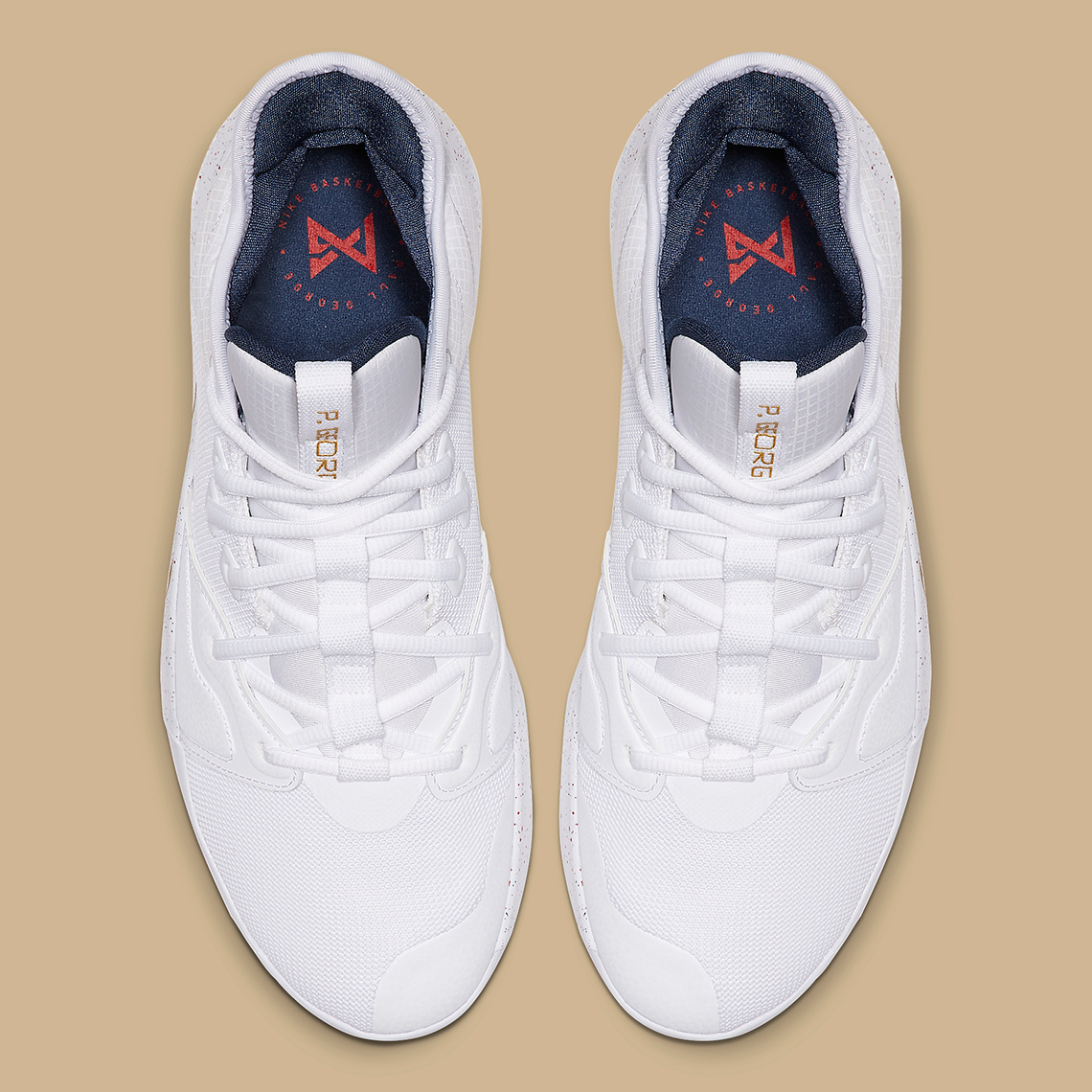 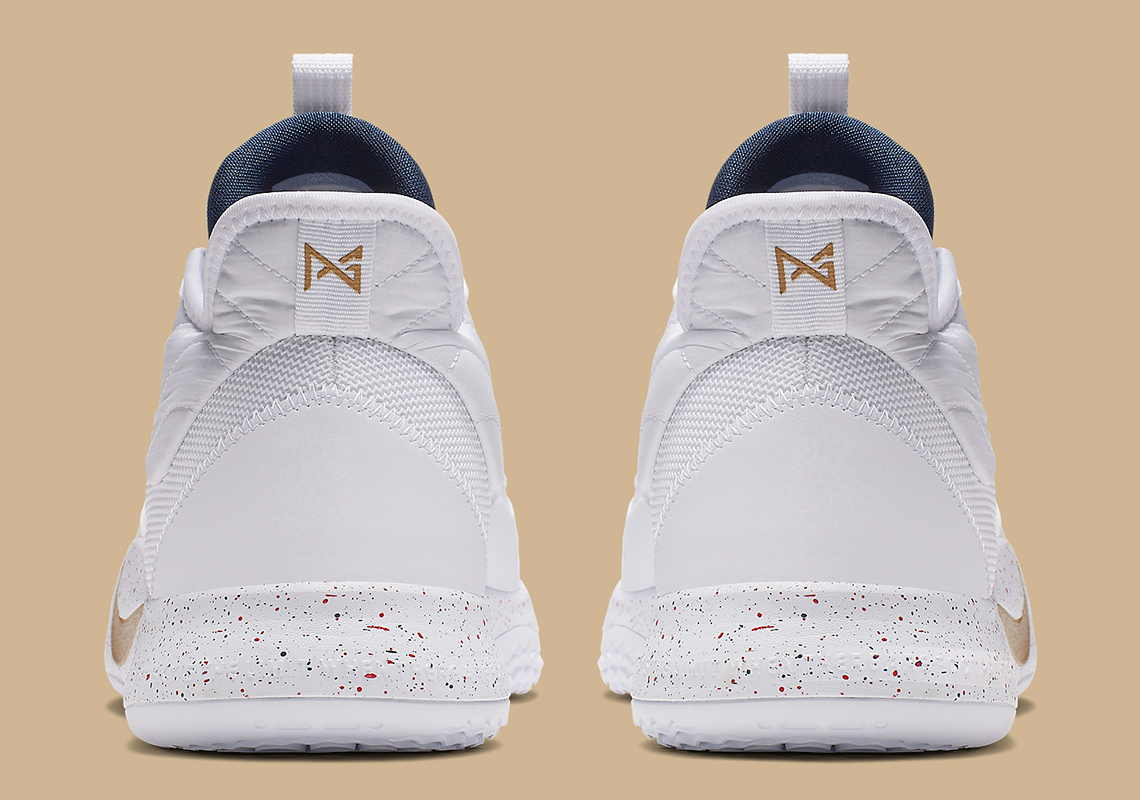 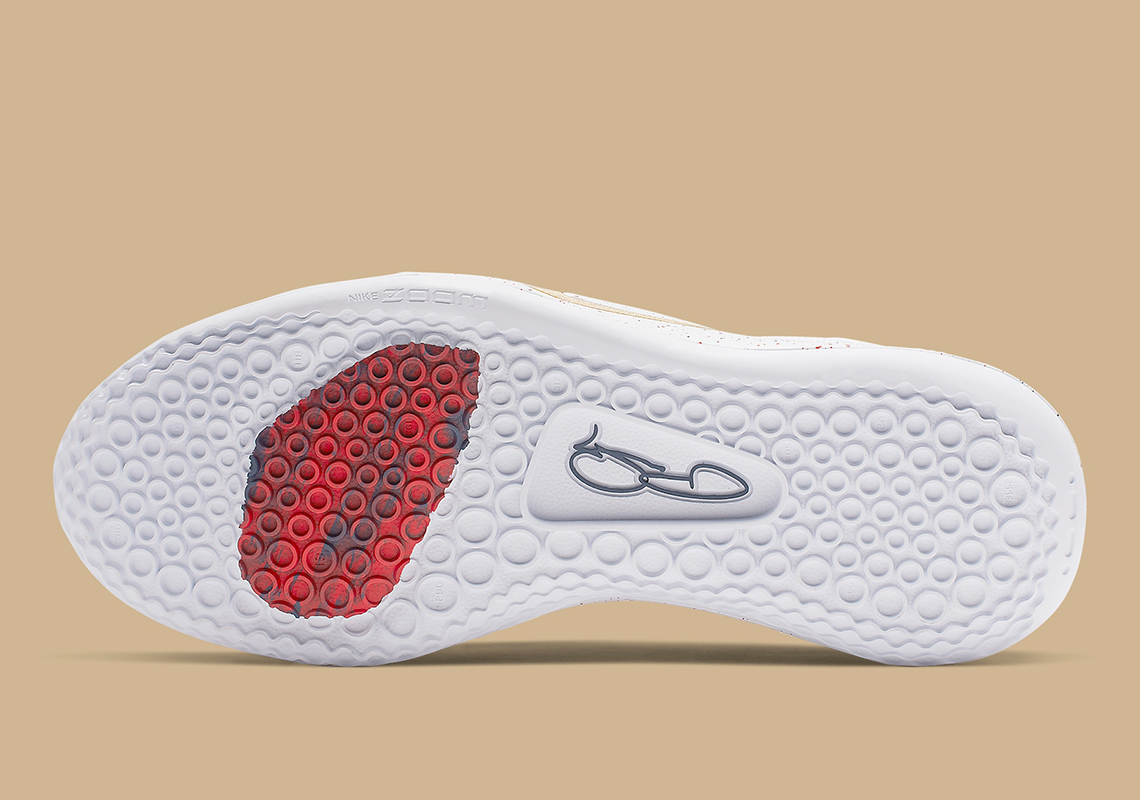