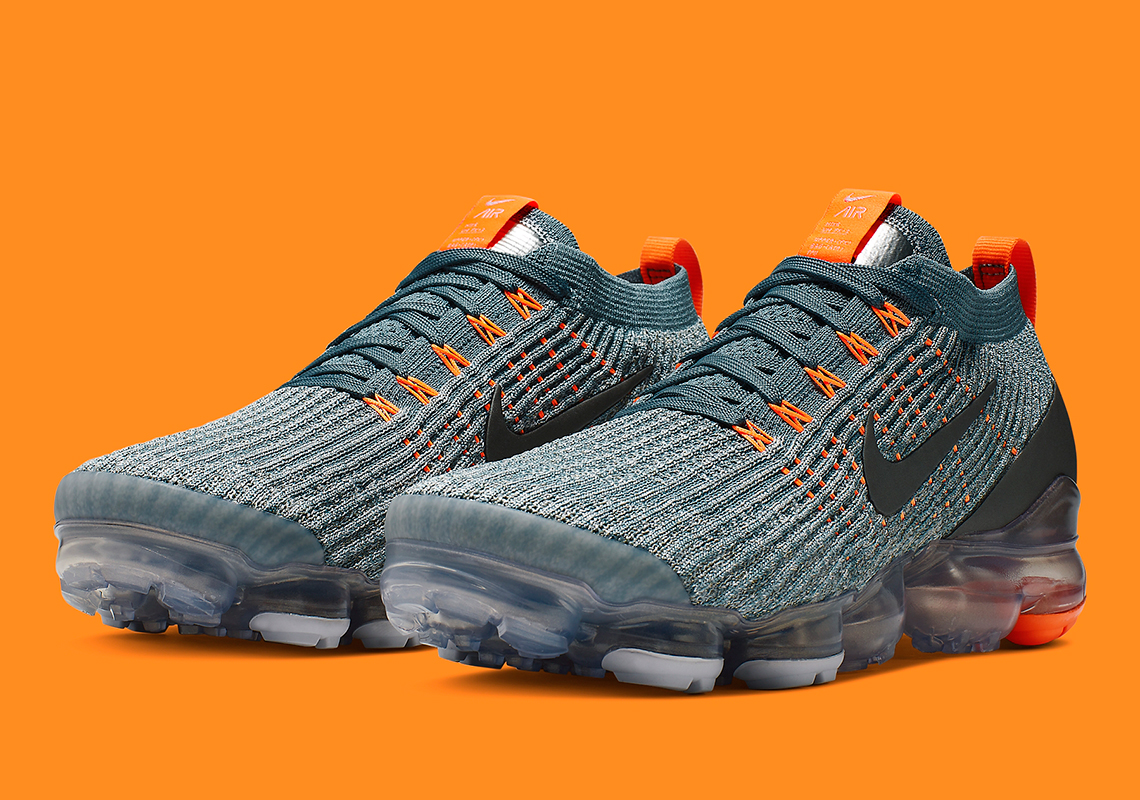 Since first debuting in 2016, Nike’s Vapormax line has been a popular choice for on-the-go commuters and fashionistas alike. It’s flexible, versatile, stylish, and — above all — comfortable, traits that have made it into one of the Swoosh Brand’s best-selling silhouettes in major cities. The Vapormax Flyknit 3.0 is 2019’s iteration of the Flyknit-equipped shoes, and it’s now surfaced in a new bluish-grey colorway with bold orange accents. The knit upper is dressed in a neutral tone, while orange is interspersed through the lacing system’s Flywire cables and also appears on the heel/tongue tabs. Flat silver appears on the midfoot Swoosh and heel clip for contrast, while a smoky Vapormax cushioning unit with orange and grey outsole detailing finalizes the look. These new Nike shoes will release on Nike.com later this summer for $190 USD, so check out a full gallery of official images directly below in the meantime. 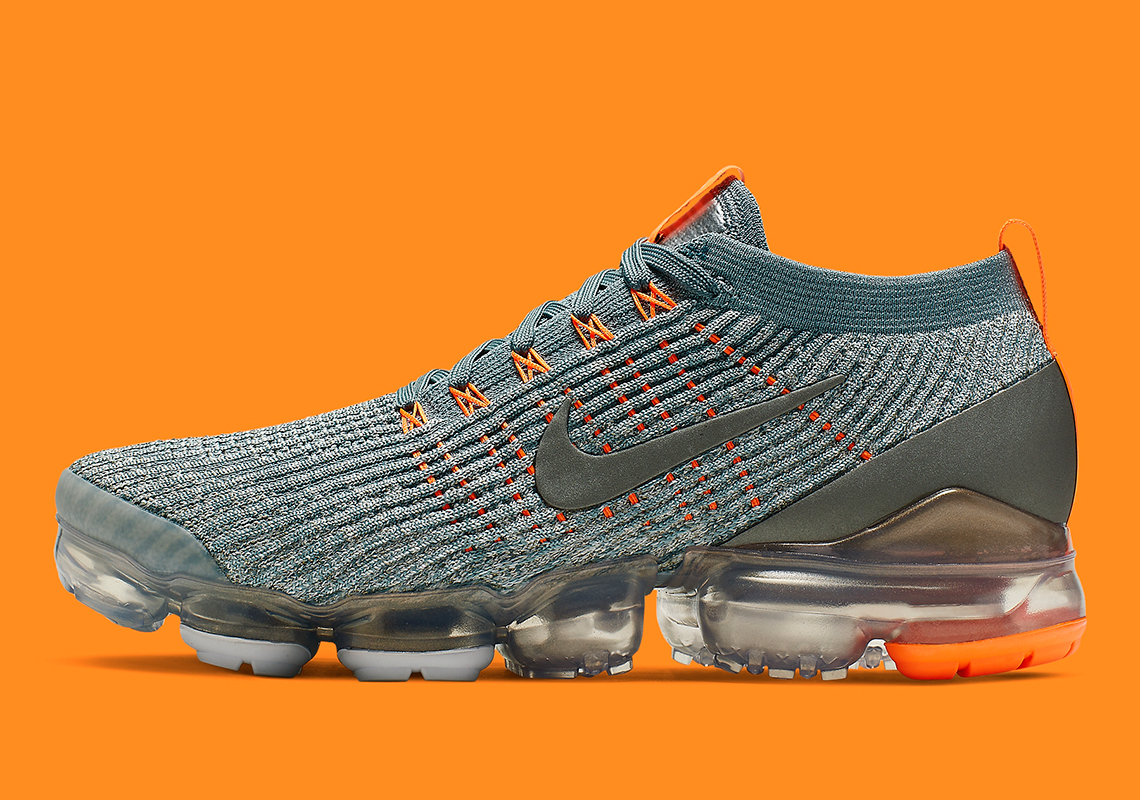 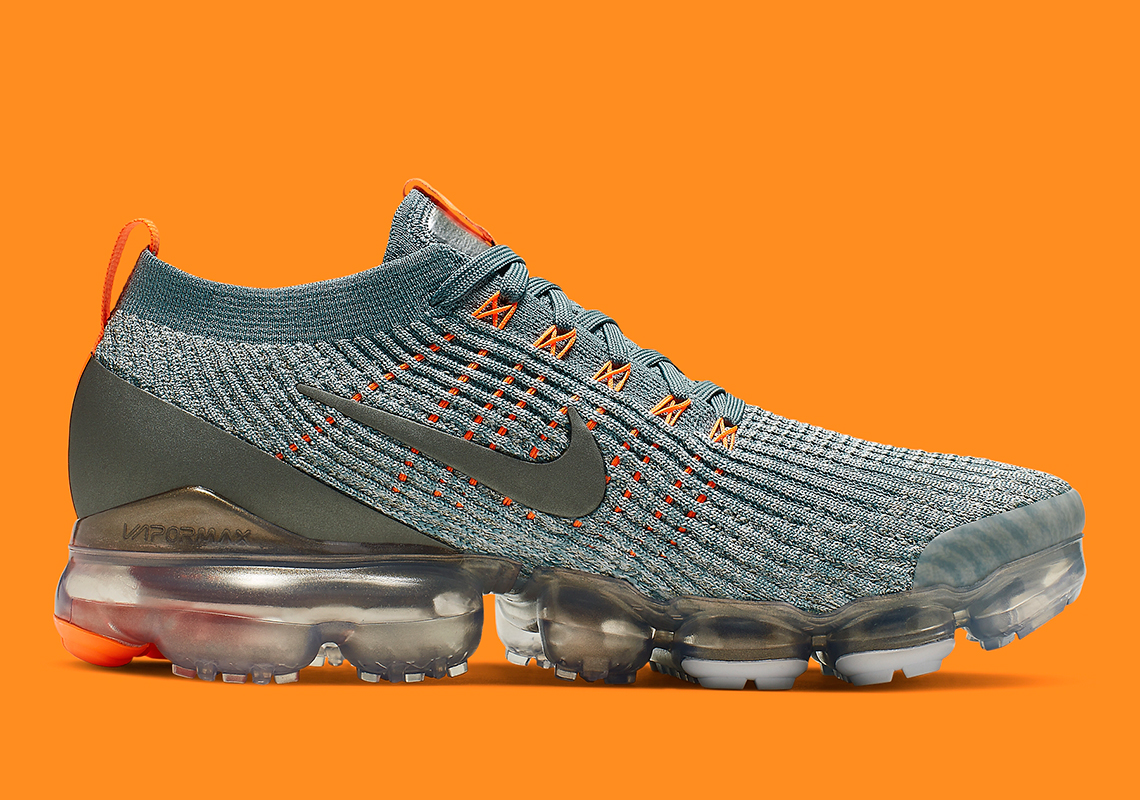 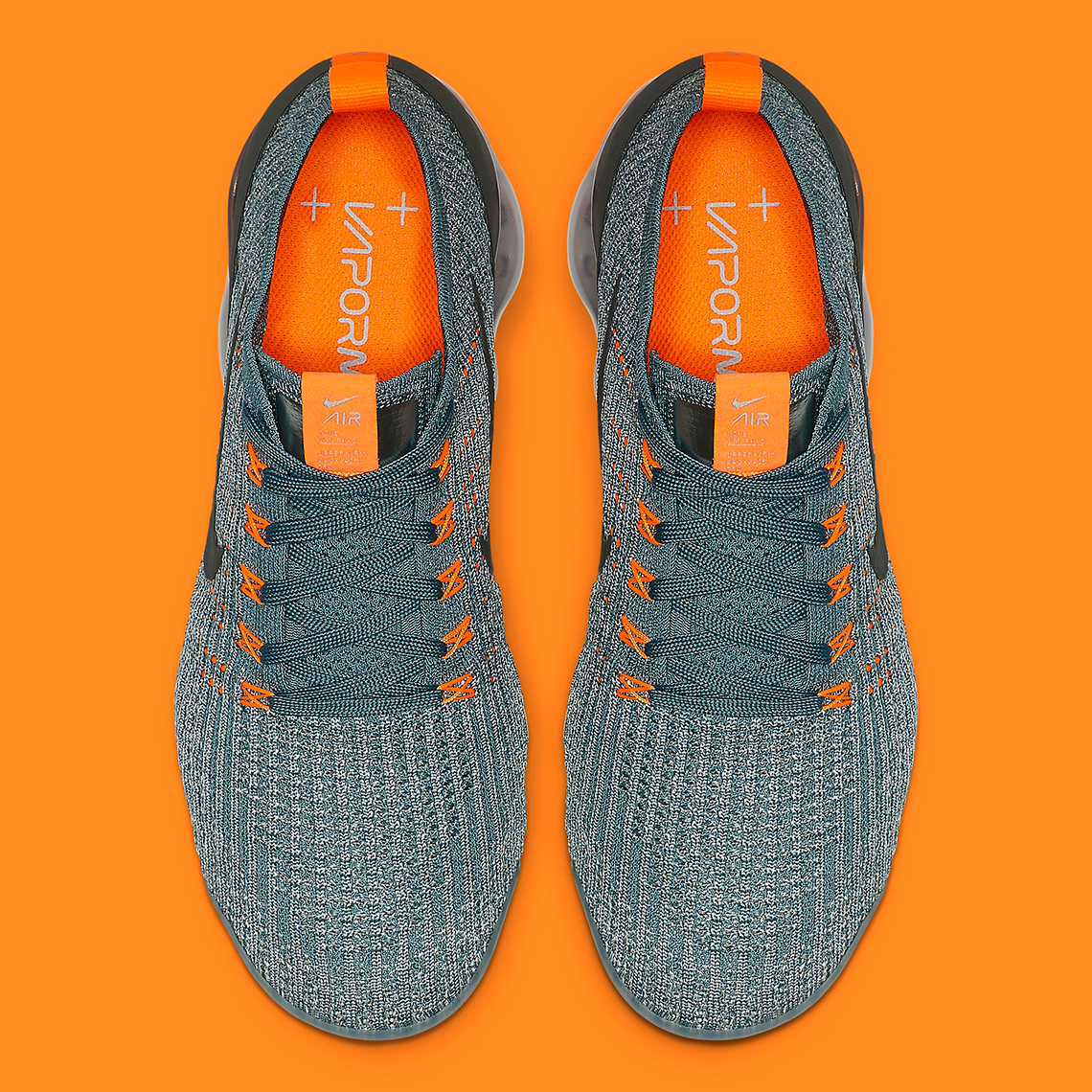 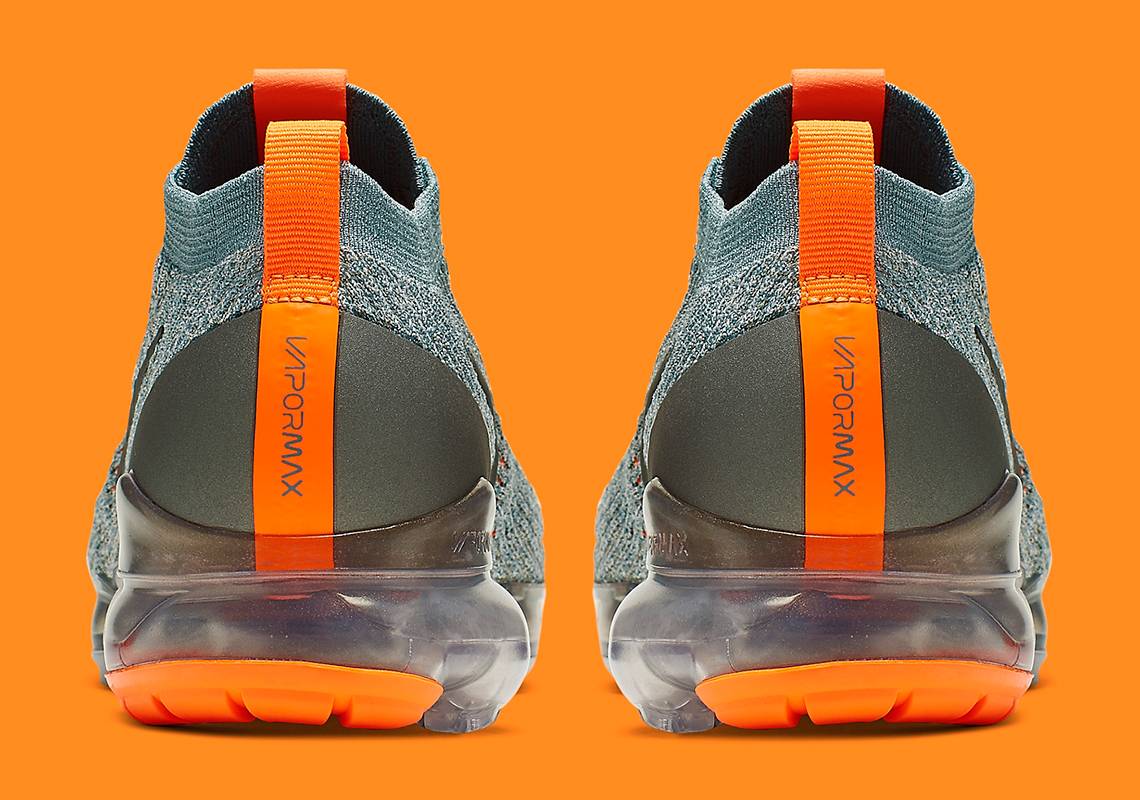 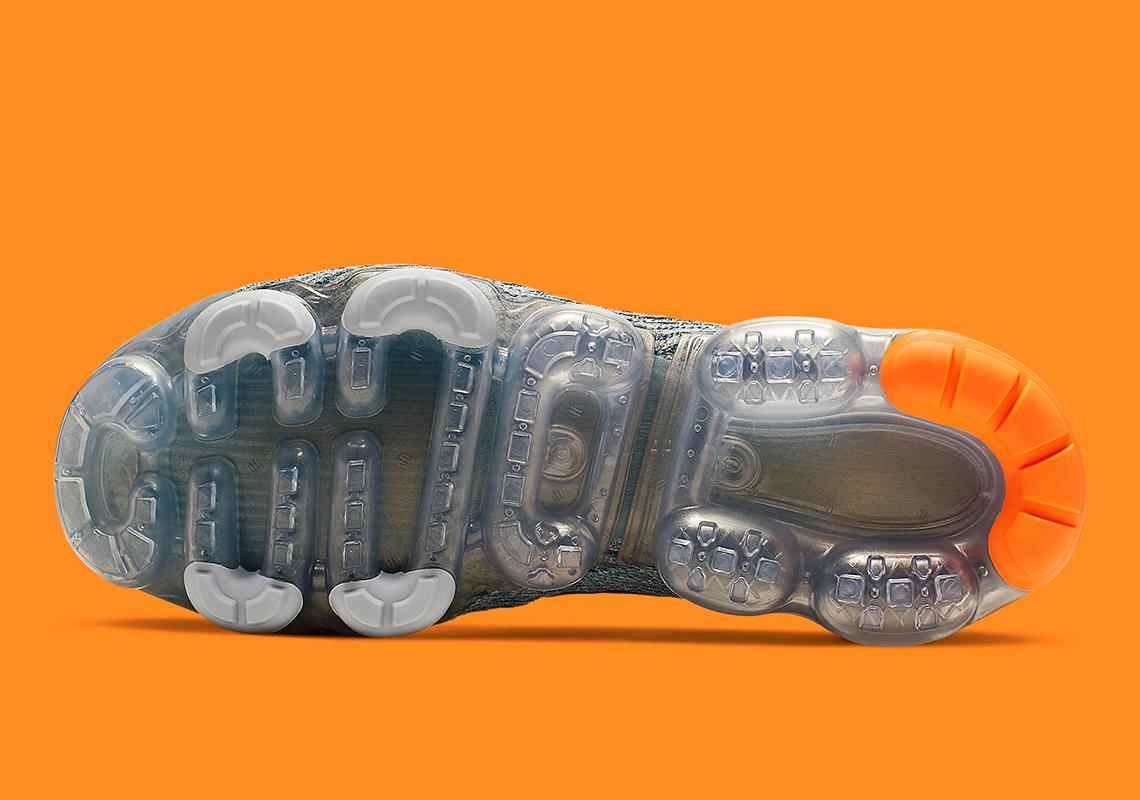