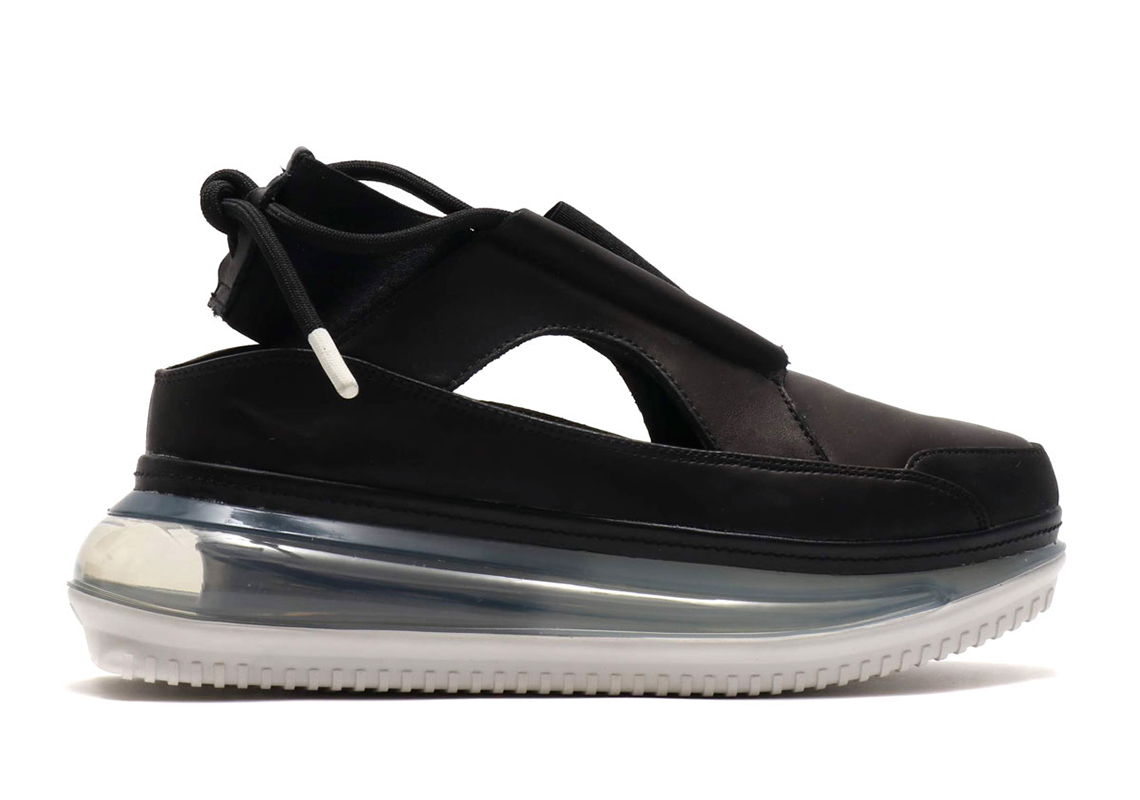 Nike Sportswear has a propensity to push the boundaries of what’s possible in casual footwear, so it’s rarely surprising when they create an extremely unique product. However, it’s unquestionably safe to say that the new Air Max FF 720 for women is unlike anything we’ve ever seen before. Essentially a closed-toe Air Max 720 sandal, the FF offers a cut-out upper with an ultra-simplistic lacing system in both an airy sail and a stark black colorway. Although the heel and mid foot are both left wide open, the toe box is indeed left shut to provide a more snug fit and some slight semblance of simplicity. Down below, the 720’s already-sizeable cushioning unit is made even more bulbous, thanks to it being sandwiched in between a black strobel and a chunky textured outsole that gives off slight shades of the Air Force 1. These ladies-only shoes/sandals/wearable concepts are set to debut on June 20th at retailers like atmos, so get a first look here and stay tuned for more striking designs from the Swoosh Brand’s lifestyle division as well. 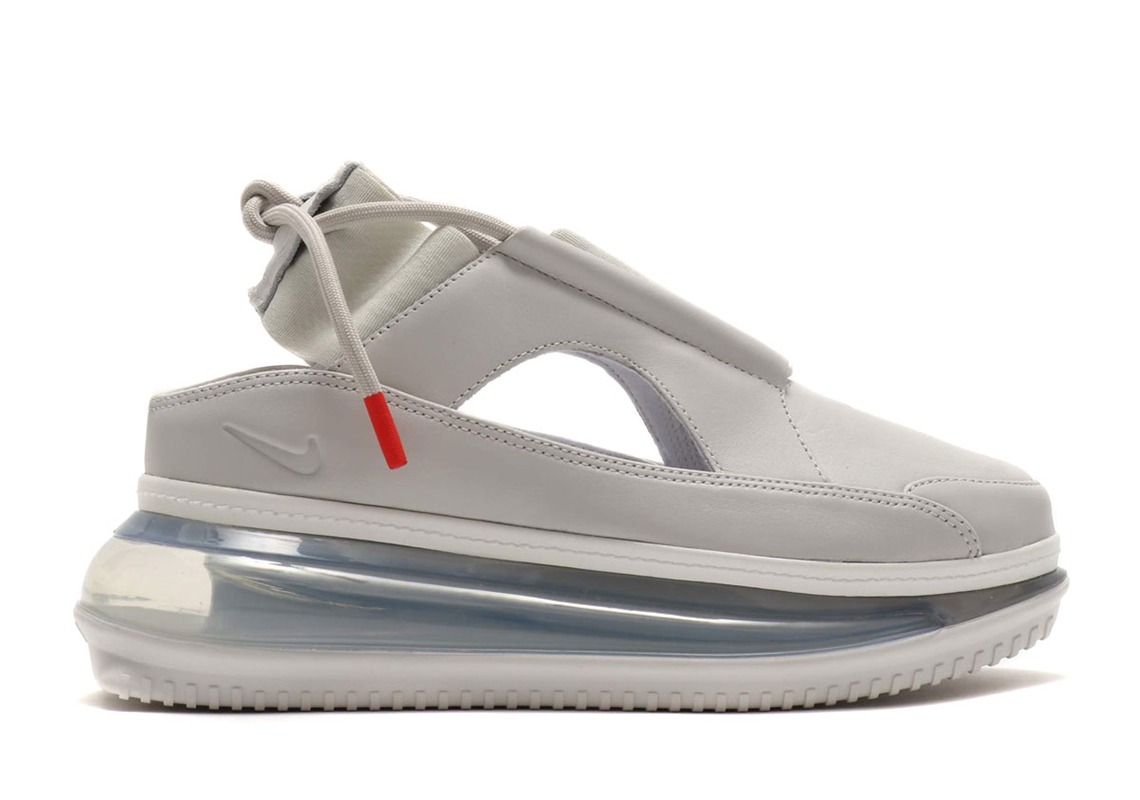