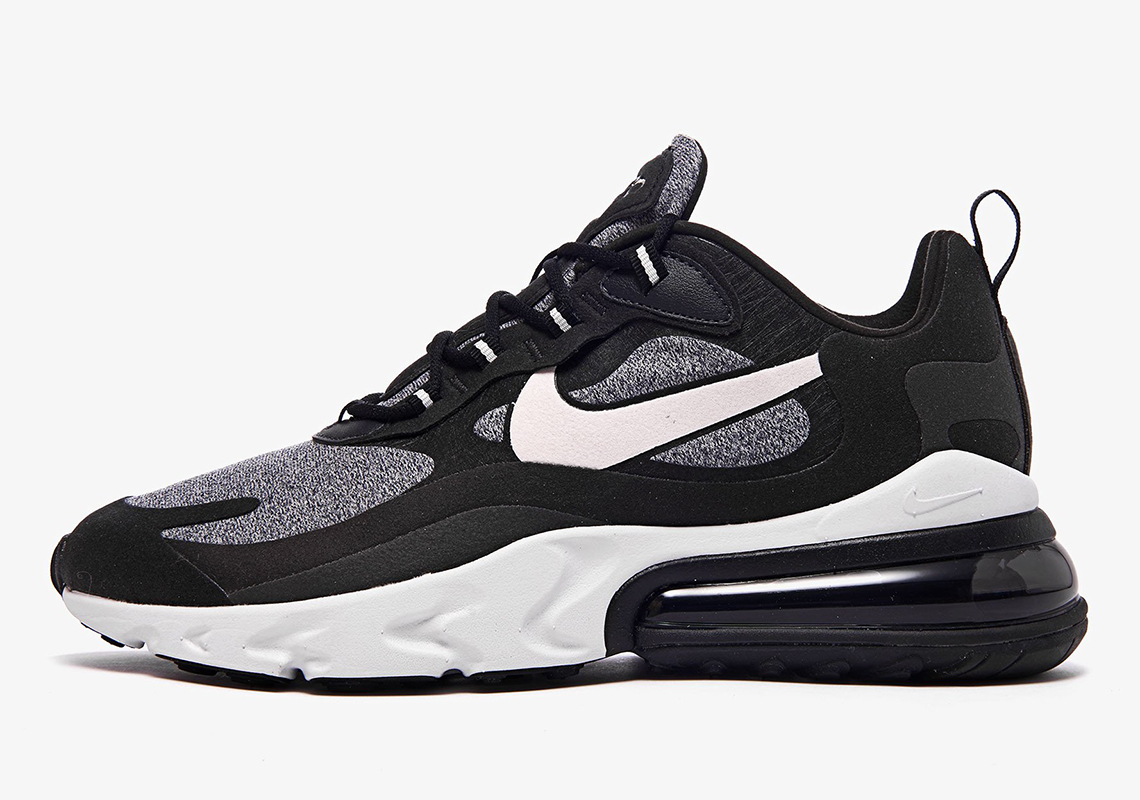 With the Air Max 270 and React foam-equipped models like the React Element 55 and React Element 87 having become wildly popular over the past year-plus, it seemed only natural that the two technologies would eventually be brought together, and Nike has done just that on the Air Max 270 React. Set to make its official debut this July, the 270 React has already appeared in several different bold colorways, but now it’s been revealed in a much more toned-down black, grey, and white makeup that’ll arrive in both men’s and women’s sizes. The wavy layered upper uses a combination of black and heathered grey tones for a grayscale look that’s at once futuristic and inherently classic, then offers branded accents via a large white midfoot Swoosh and white detailing on the tongue. Down below, the midsole offers the yin and yang of a white React foam forefoot and a jet-black Air Max heel cushioning unit, while a white/black outsole completes the look. These simple-yet-effective Nike shoes will release on July 3rd at select retail partners, so check out a set of images below while you await their arrival. 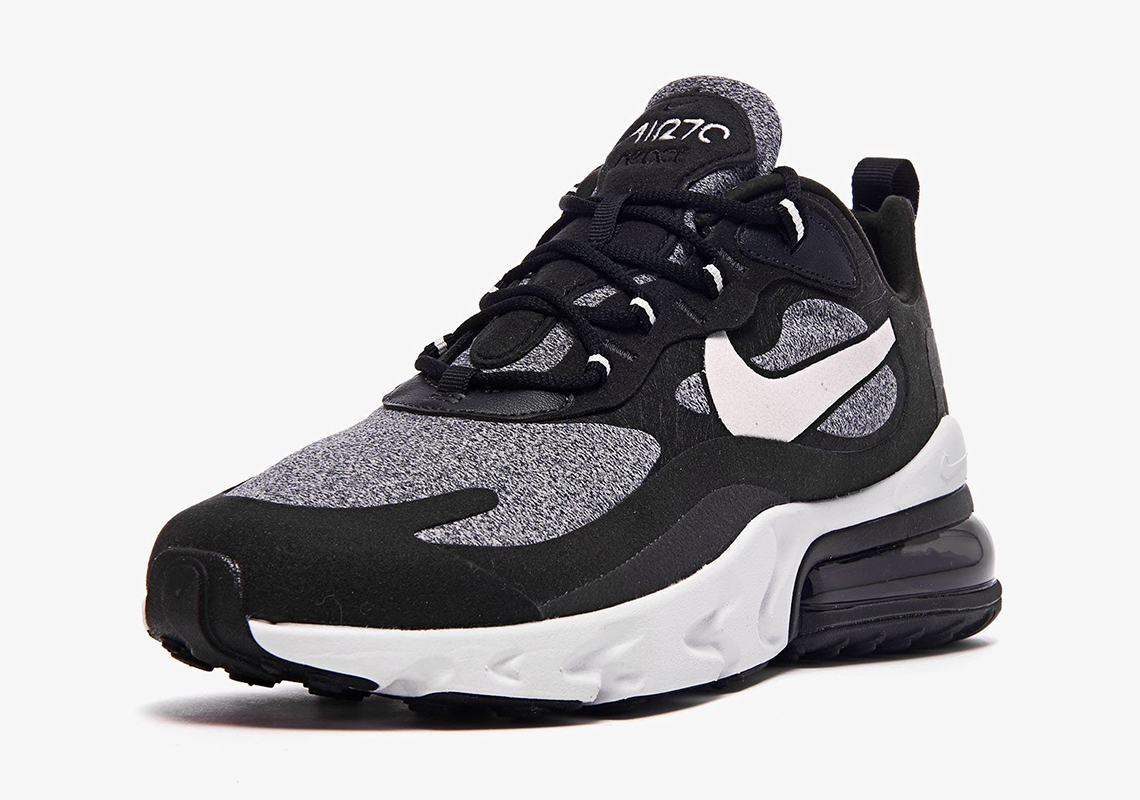 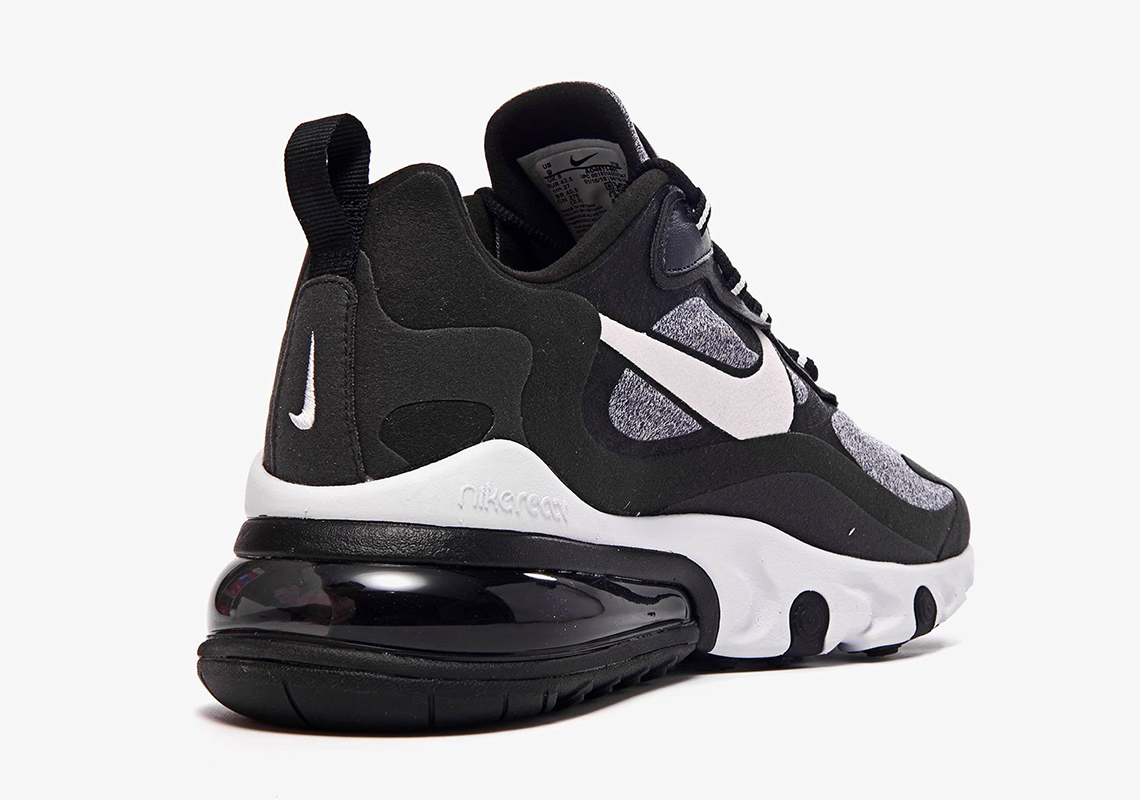 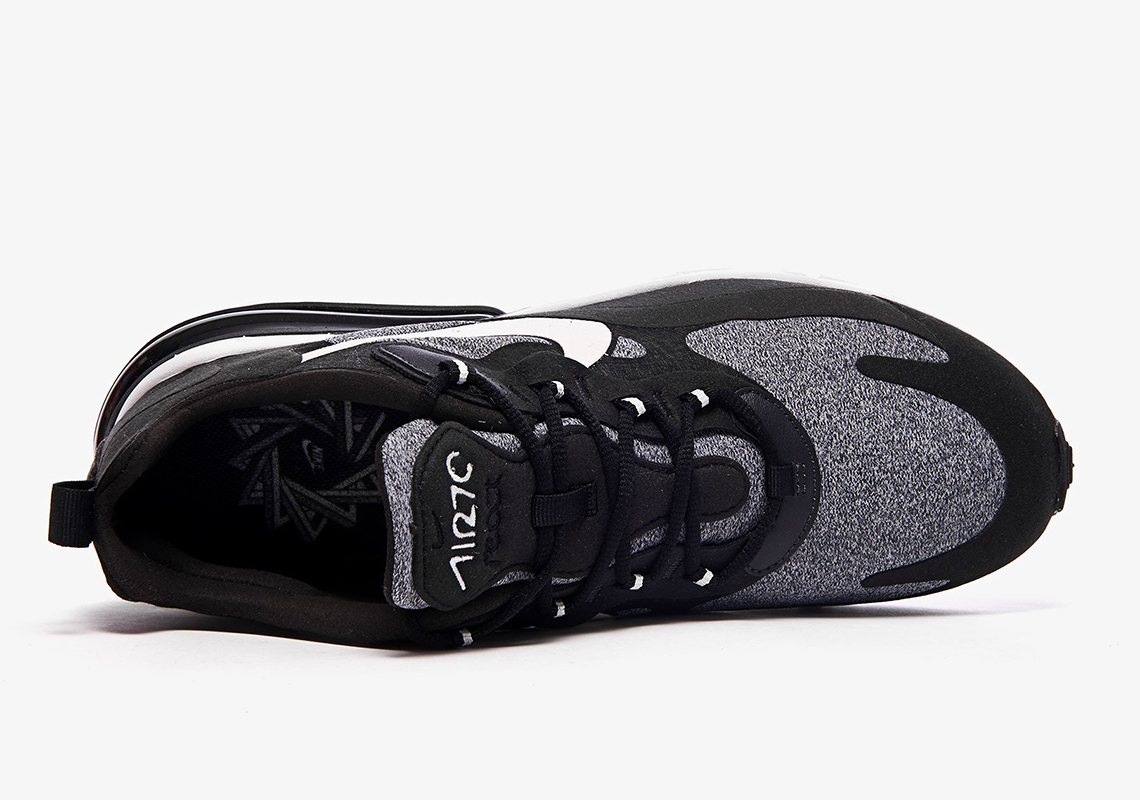 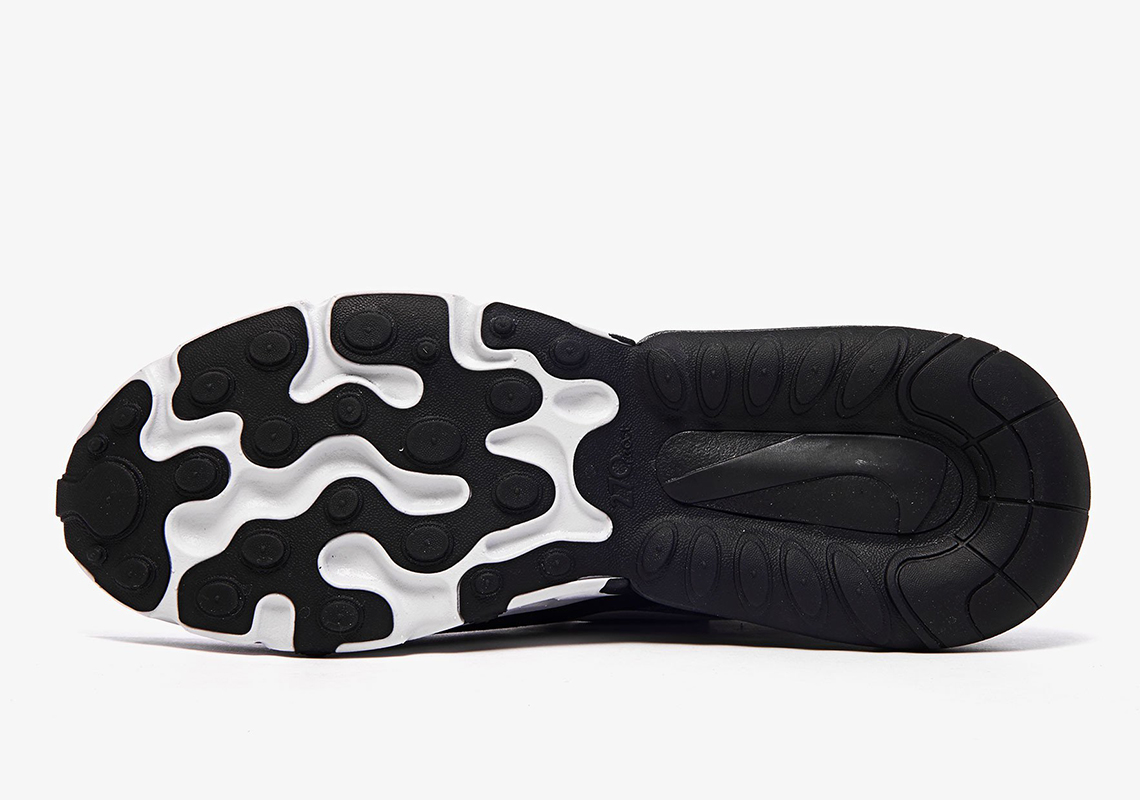