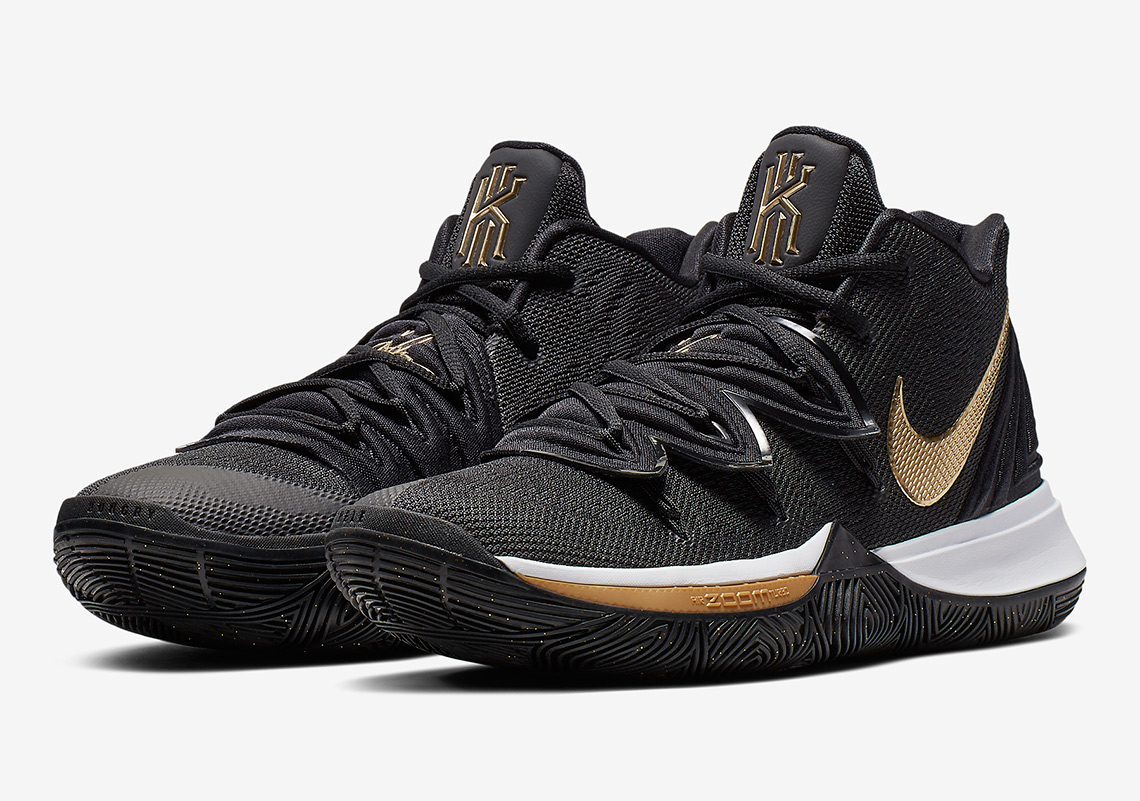 With the Toronto Raptors having disposed of the hobbled Golden State Warriors in the NBA Finals last week, it’s officially free agency season, and Kyrie Irving is one of the hottest tickets on the market. Where the talented and mercurial point guard will end up may still be a mystery, but it’s certain that his fans will have some fresh footwear to tide themselves over with while they wait for his decision, as the Nike Kyrie 5 has released in an elegant “Black/Metallic Gold.” These new Nike shoes present a championship-ready look, combining a stark black base with textured gold accents on their quarter Swooshes, tongue, and Venus flytrap-inspired lacing system. The shoe’s all-seeing eye heel graphic takes on a tonal look, while the kit is completed by a white midsole and a black outsole with flecked gold detailing. Kyrie’s new kicks are available now at the retailers listed below for $130 USD, so grab your pair today and let us know what jersey you think he’ll be rocking next season. 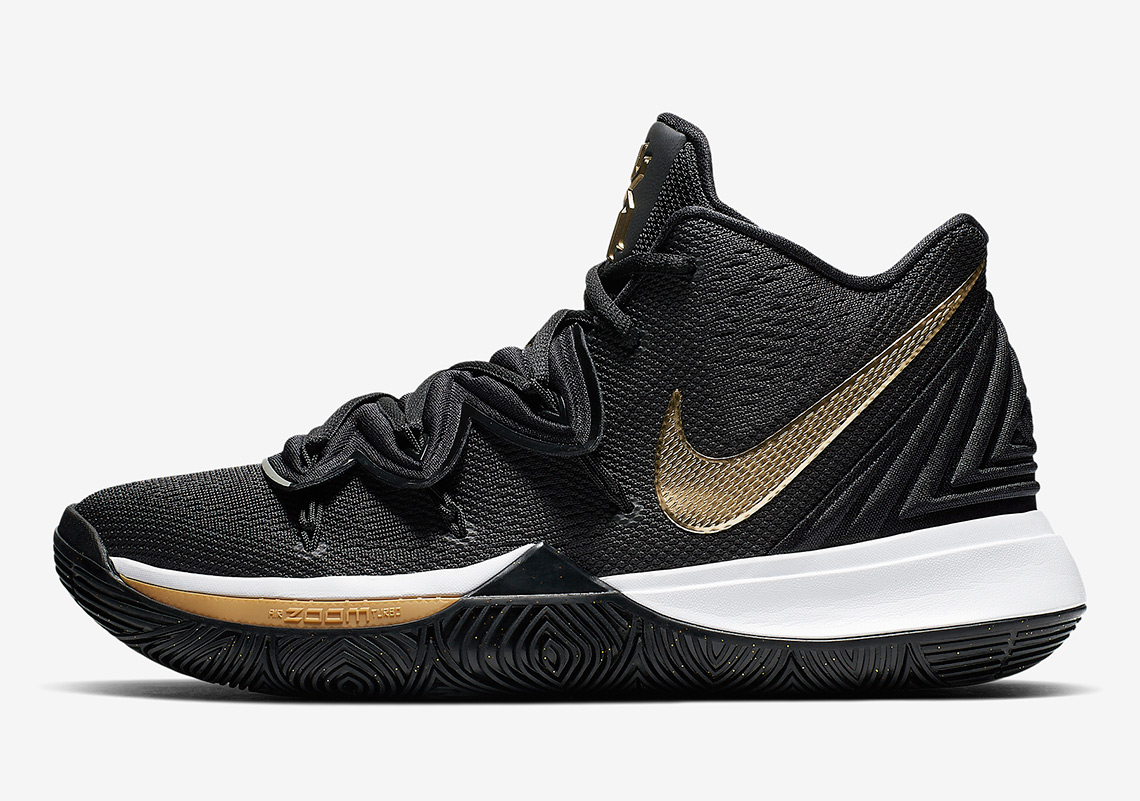 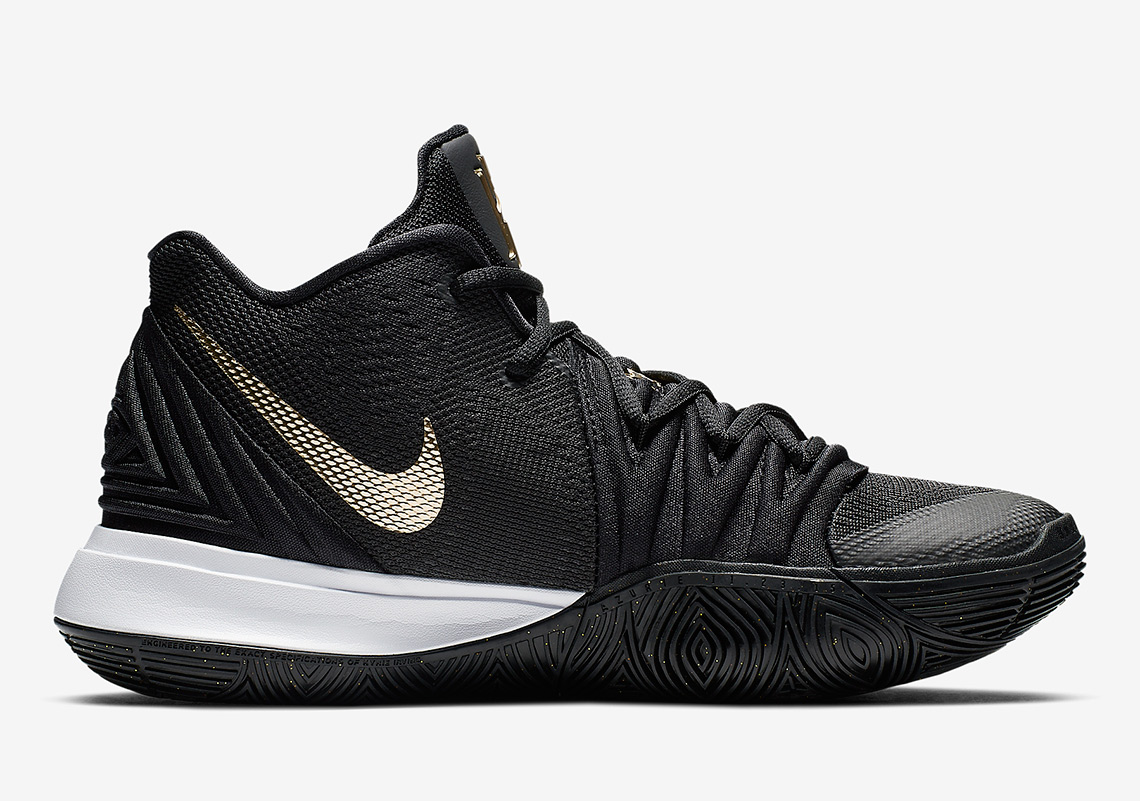 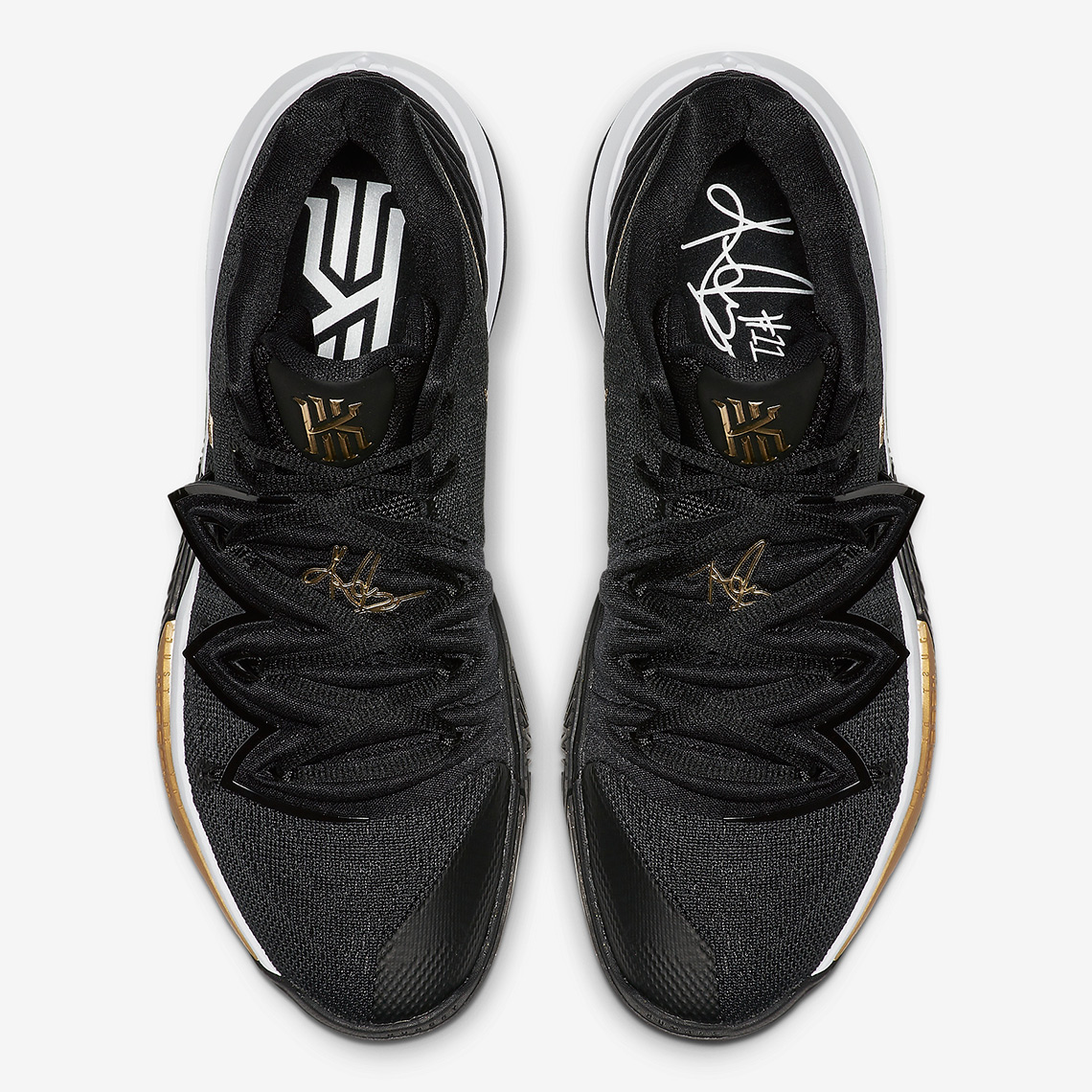 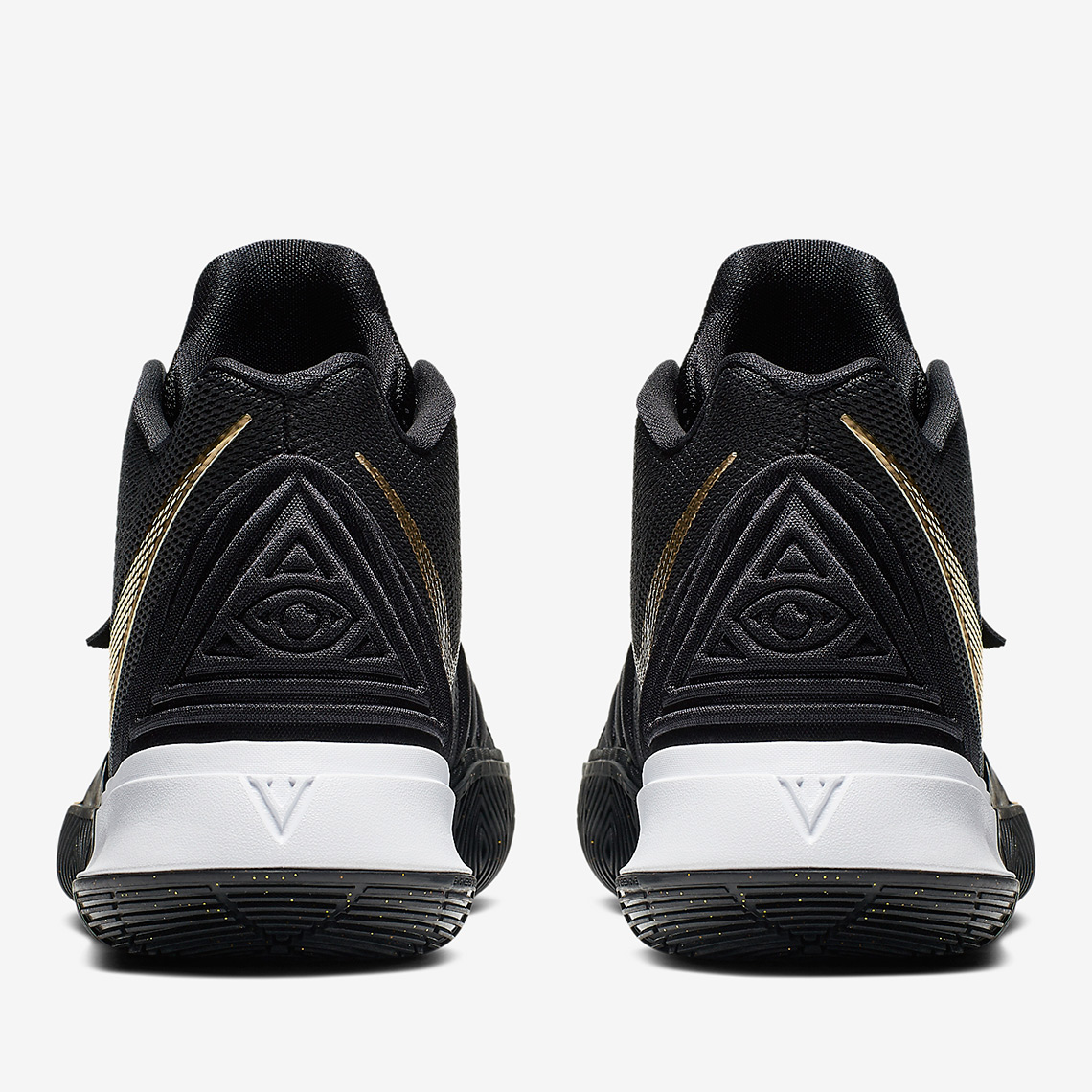 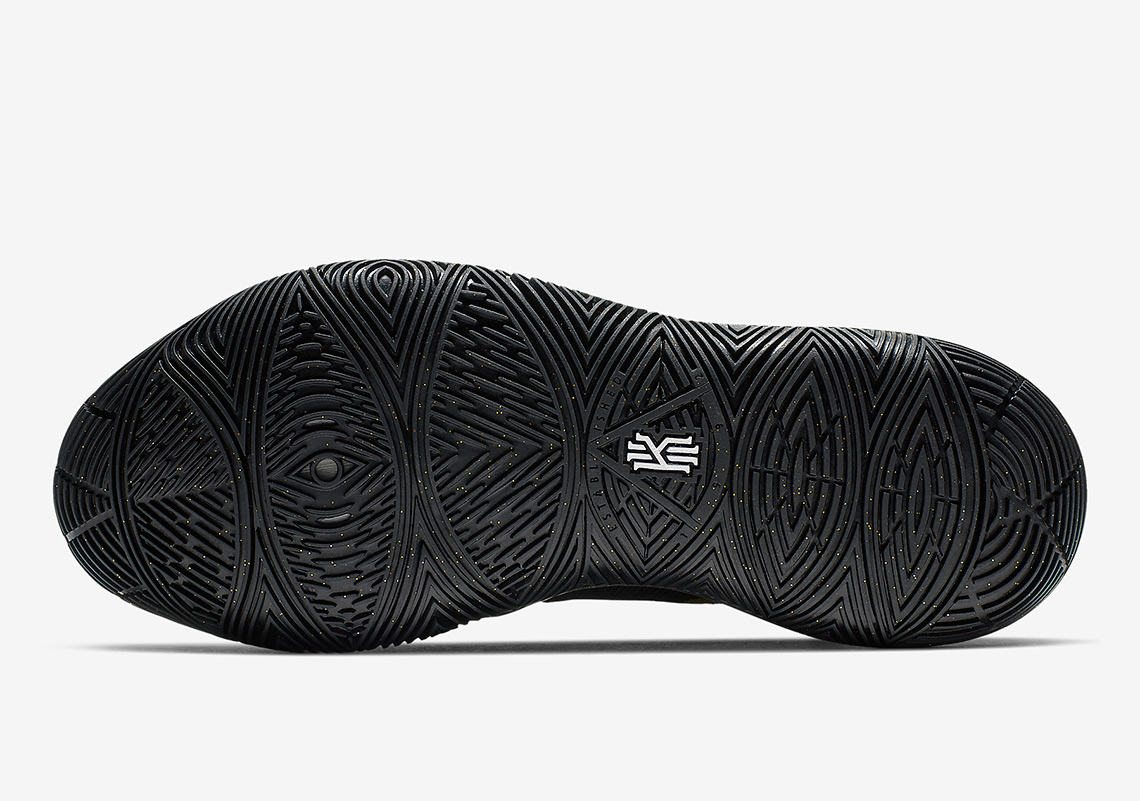