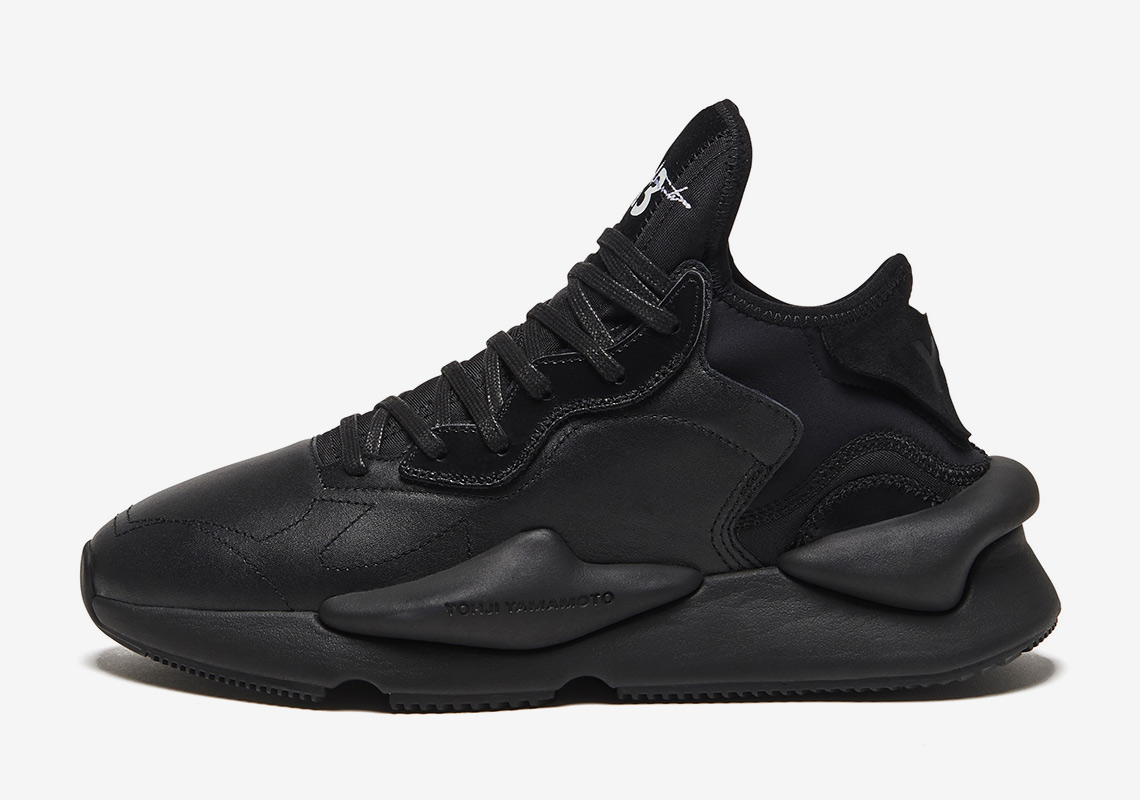 First debuting in 2018, the adidas Y-3 Kaiwa quickly became popular among Yohji Yamamoto’s devoted fans thanks to its combination of a sleek ninja-like upper with a high-cut tongue and an on-trend chunky midsole. Now, it’s set to make its 2019 debut in a new colorway that any avid Y-3 advocate is sure to be familiar with: a stark black. The upper’s forefoot and midfoot are dressed in a crisp leather, but the collar and heel forgo that traditional construction, instead opting for a sleek and stretchy neoprene with a suede heel tab. The high-cut tongue then provides the only deviation from the tonal palette, featuring a printed white Y-3 hit with Yamamoto’s signature stitched across the top. Down below, the midsole is accented by bulbous black pods that add extra texture, and a toothed outsole completes the look. You can expect these unique kicks to release for a cool $400 USD on June 20th, so check out a buying guide below to see what retailers will have stock.