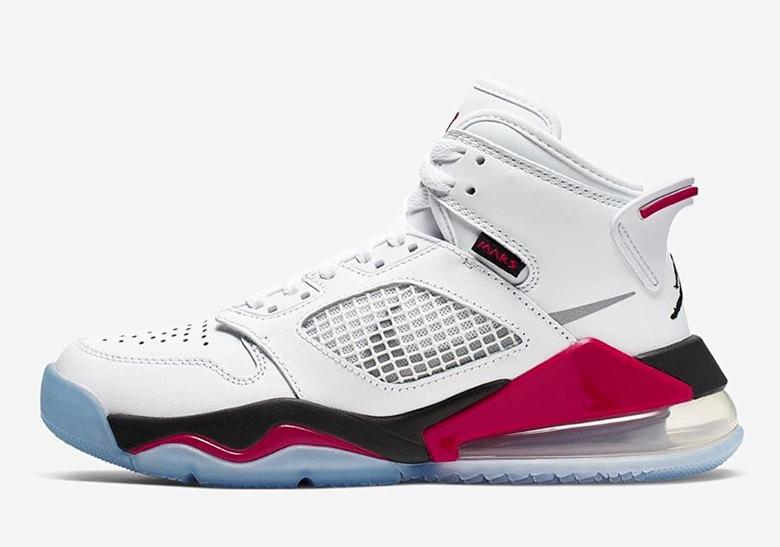 Ever since the days of Mars Blackmon in the ’80s, Spike Lee and Jordan Brand have had a long and bountiful relationship, working together on everything from memorable ad campaigns to silhouettes like the Jordan Spiz’ike and Son Of Mars. Now, the iconic Brooklyn-born creative force is passing the torch, as he recently announced that it was in fact his son Jackson Lewis Lee who worked with the Jumpman on the Jordan Mars 270, a new Mars-series lifestyle sneaker.

Apart from the announcement, Lee also unveiled a new “Fire Red” colorway of the silhouette that clearly plays up its Air Jordan 5 inspiration. The upper is dressed in a white leather with crimson accents on the tongue/heel tab, while the midsole is split between black and red and the outsole offers an icy translucent blue. However, it’s not an exact homage, as the tongue unfortunately opts against the shimmering silver/stark black tongues that the “Fire Red” is known for. Design cues from the Air Jordan 1, Air Jordan 4, and Air Jordan 6 are also pulled in to add further to the Lee family’s signature hybrid look. An Air Max 270-style cushioning unit then finalizes Jackson’s first design. You can expect the Mars 270 to begin rolling out over the summer months, so enjoy an early look at this heritage-filled colorway above and check a store list below to see where you can get a pair.