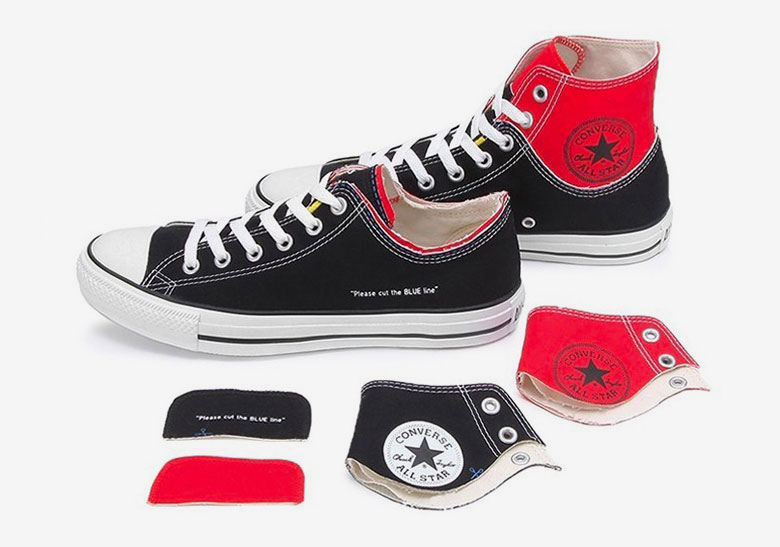 Converse Calls Back To The 2000s With Double-Layered Chuck Taylors

Converse’s many works before the Nike acquisition most definitely stood on their own, pushing their own spins on innovation by way of playful all-over prints and the often forgotten double layered Chuck Taylor. Calling back to the 2000s with affectionate homage, the current day outfit is set to bring back the pair’s eccentric glory dosed in with the deconstructive spins most popular in modernity. Two colorways debut the somewhat newfound tooling: one a black with inners of red and the other a more monochrome issue of white with black. On the exterior lies a largely traditional template of their cap toe high-top with extra stitching outlining the silhouette of a low; dotted blue lines lie just right above with lateral typography calling for you to “Please cut the BLUE line.” Options for customization are aplenty with one able to mix and match they’re height preference, constructing themselves a piece almost wholly DIY in aesthetic or one loud in the same ways as the recently released sacai collaborations.

Grab a detailed look at both offerings right below — as well as what pokes out from underneath their seemingly simplistic outers — and expect a release to surely go down on Converse.com as well as select retailers later in July. 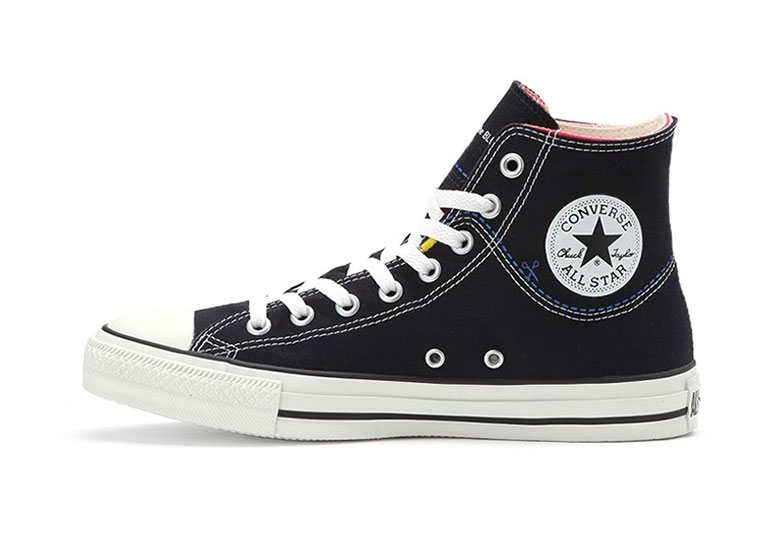 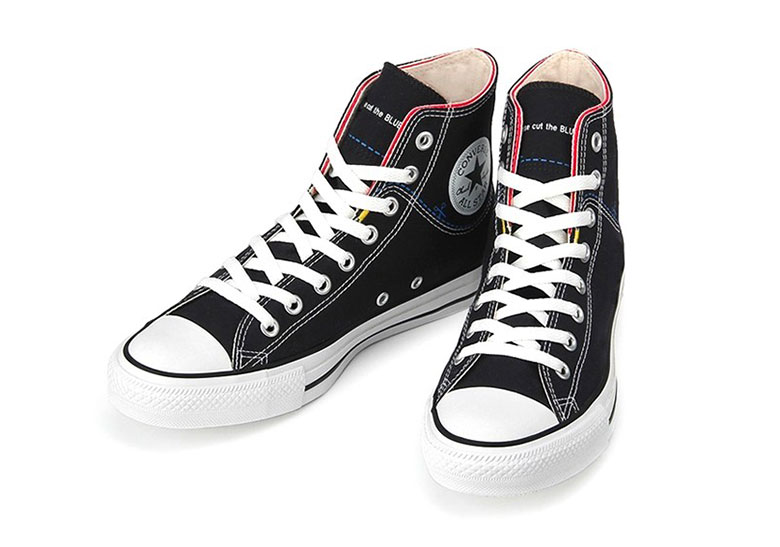 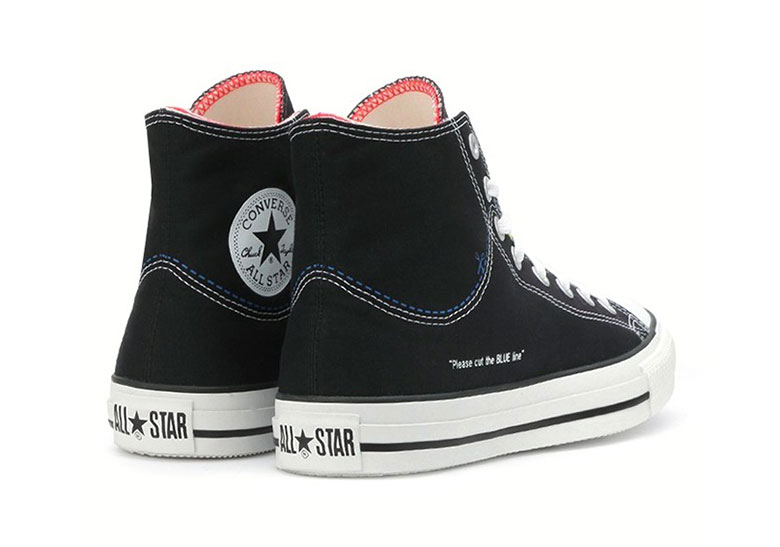 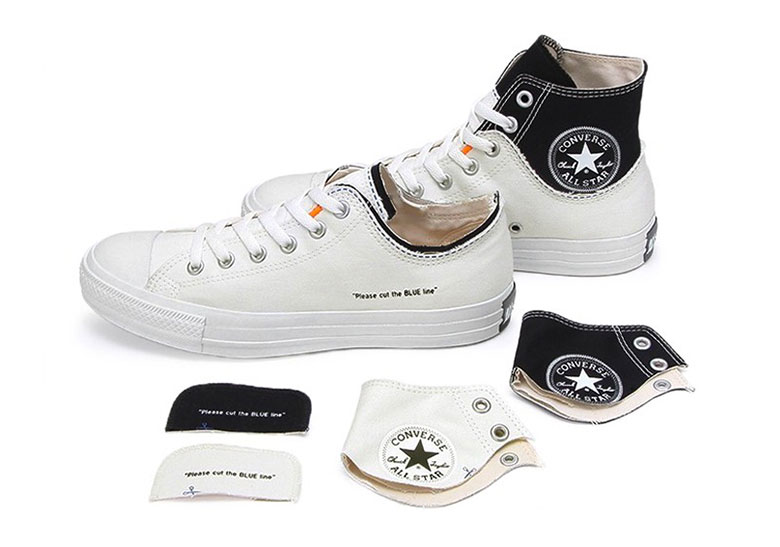 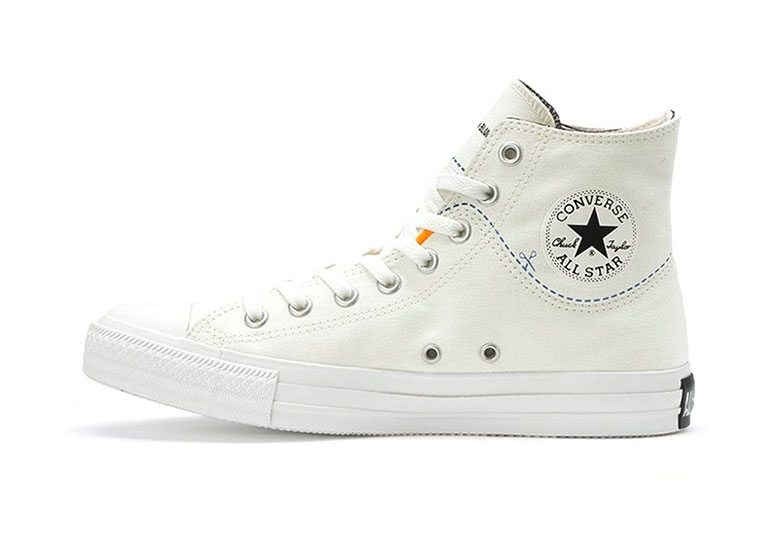 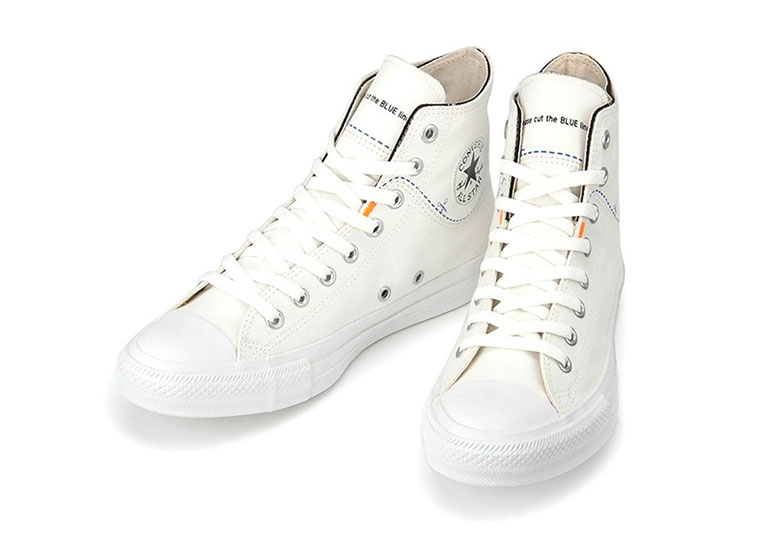 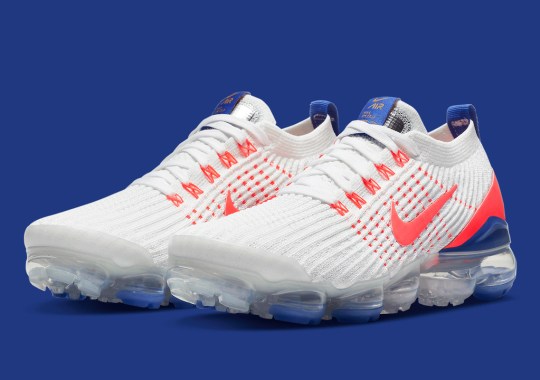 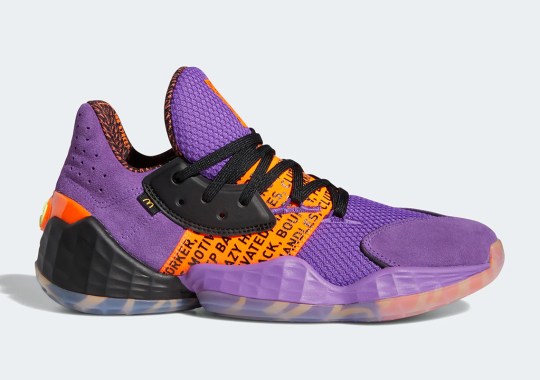 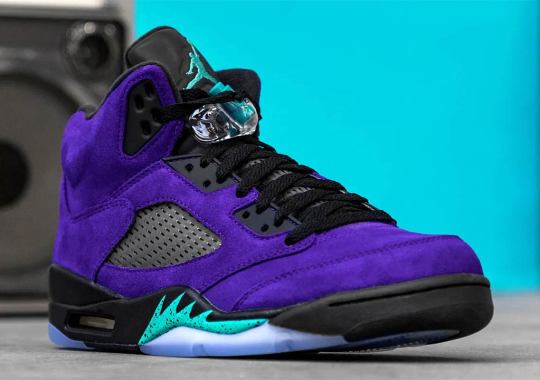 Where To Buy The Air Jordan 5 "Alternate Grape"