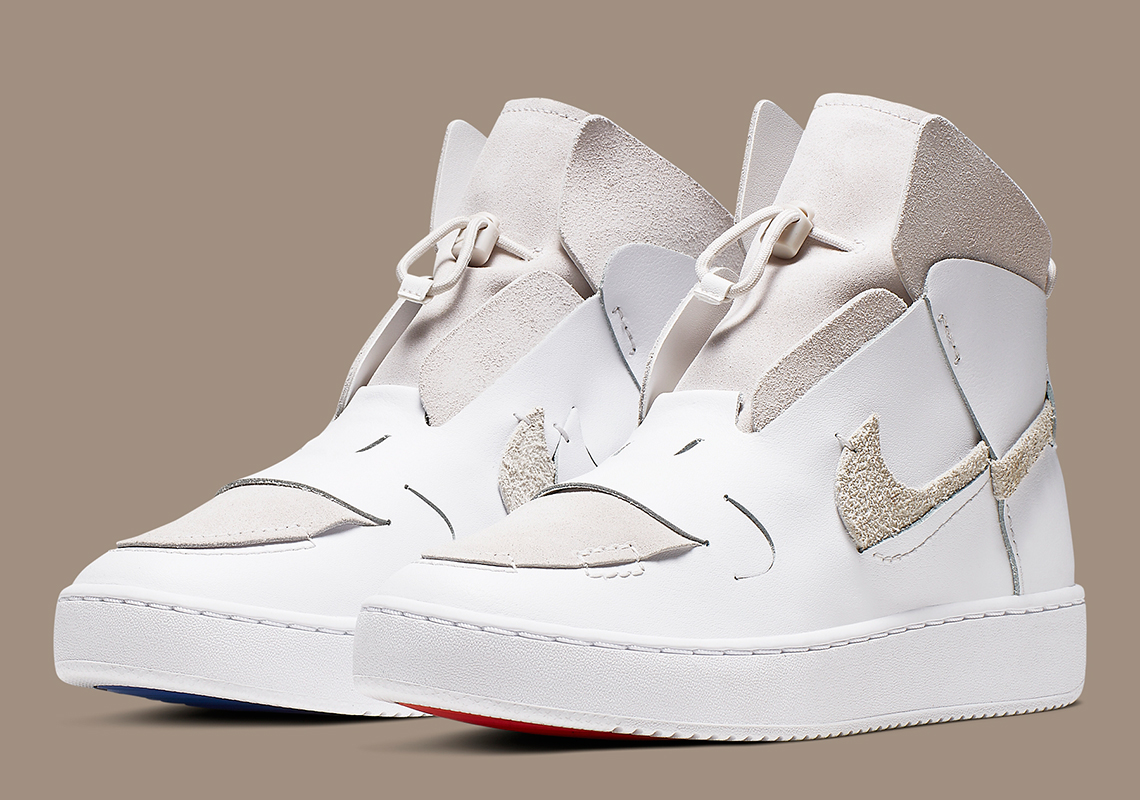 The Swoosh Brand’s recent deconstructed efforts have reached silhouettes both classic and new, and now the former category is gaining another member as they’ve come to roost on the Nike Vandal for a new women’s makeup titled the Vandalized LX. Although the original Vandal is a high-top basketball shoe that first released in 1984 and is most well known for its collar strap, the Vandalized LX is more of a concept design sketch come to life, featuring a thin white leather and tan suede construction that offers slight shades of 2018’s PSNY Air Force 1 High. The cut is towering, and the lacing system is gone completely, replaced instead by a single toggle on each foot. Layering is key here as well, with both the toebox and the askew midfoot Swooshes barely hanging on thanks to their delicately-stitched details. The beefed-up midsole is slightly more bulky than its sleek predecessors, and the shoe’s natural color palette is boldly broken up by a red insole/outsole on the left shoe and a blue insole/outsole on the right shoe. For an interesting finishing touch, the colored outsoles are rimmed by a white border with a traction pattern that appears to be pilfered directly from the Air Force 1, providing an amalgamation of two beloved ’80s styles. Check out all the details for yourself below, and look for a Nike.com release soon with a retail price of $130 USD. 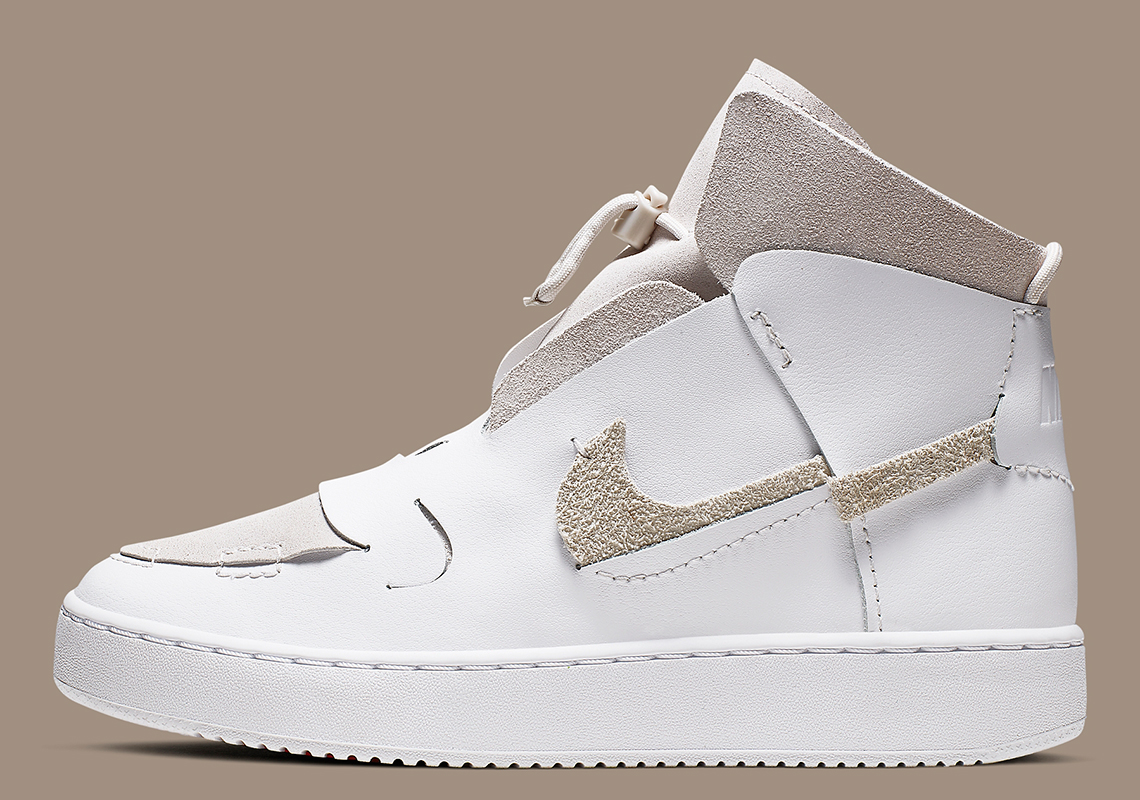 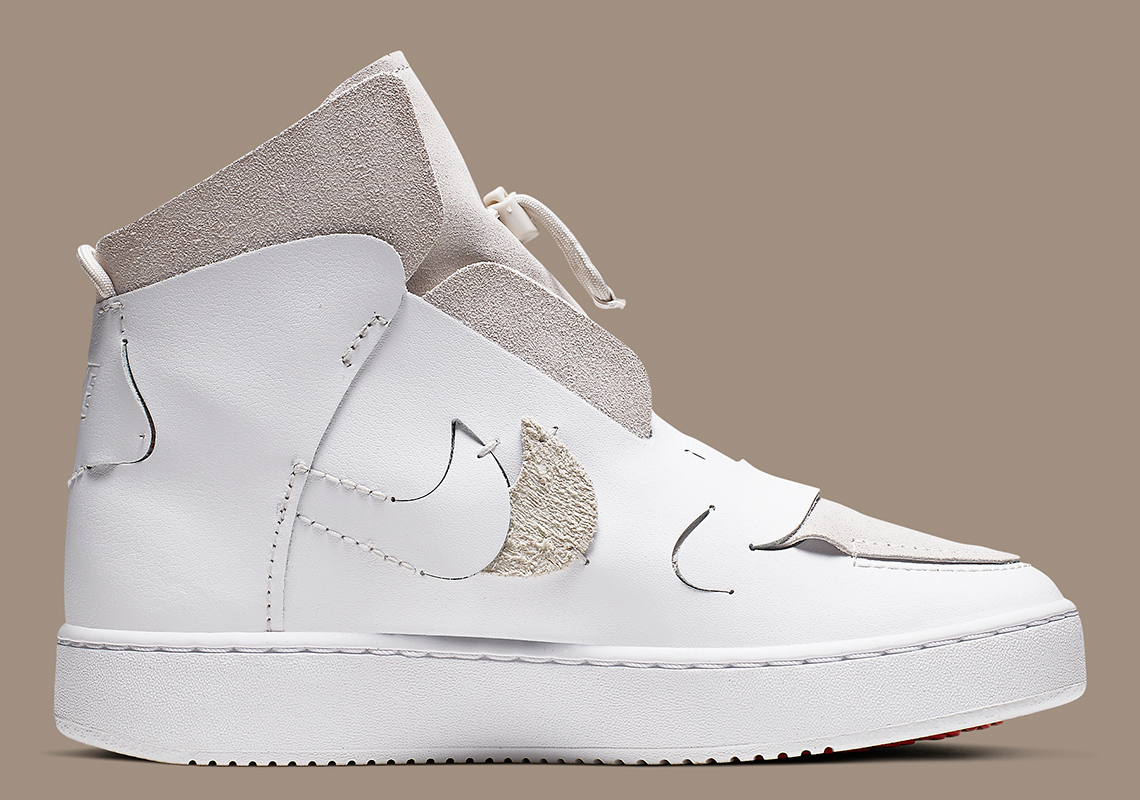 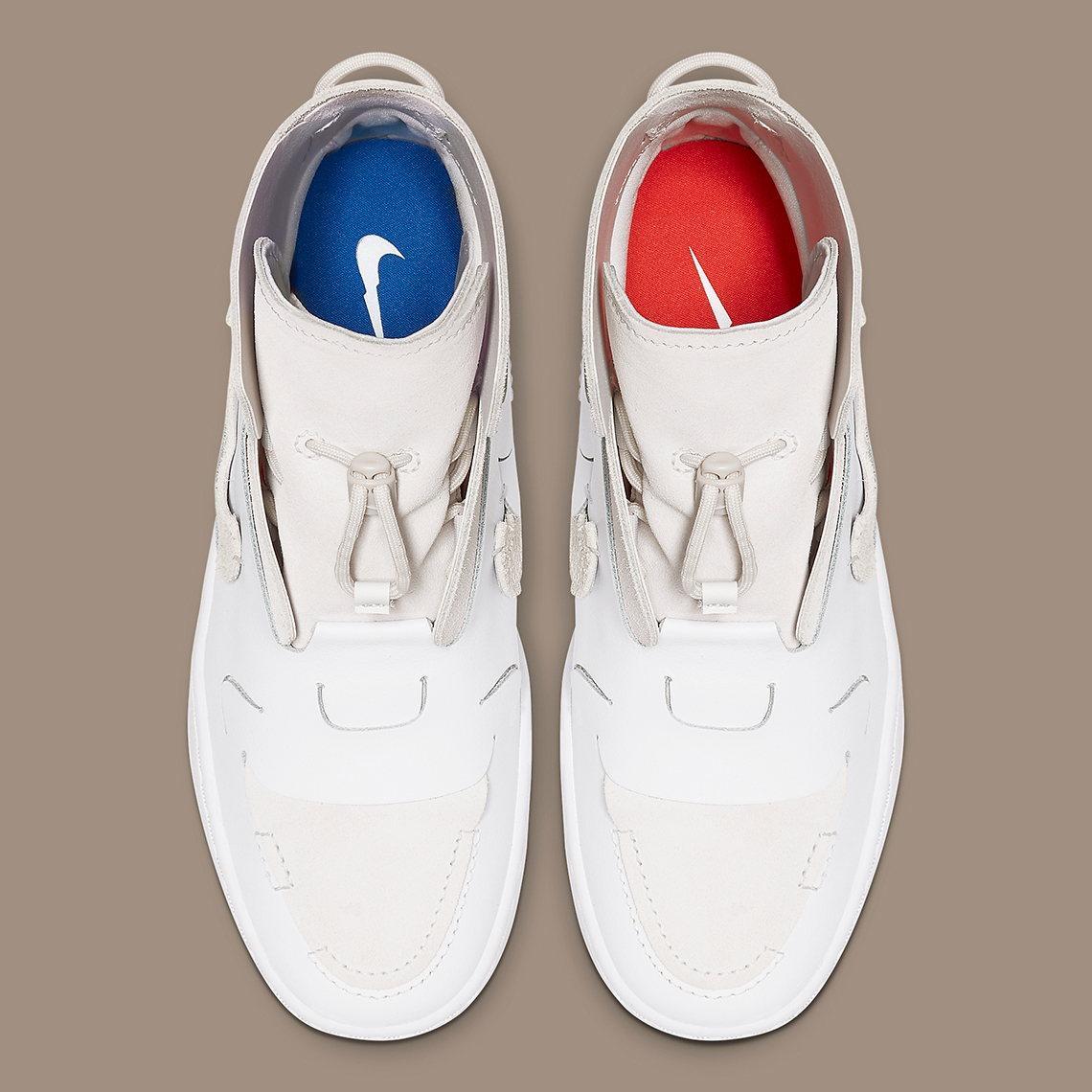 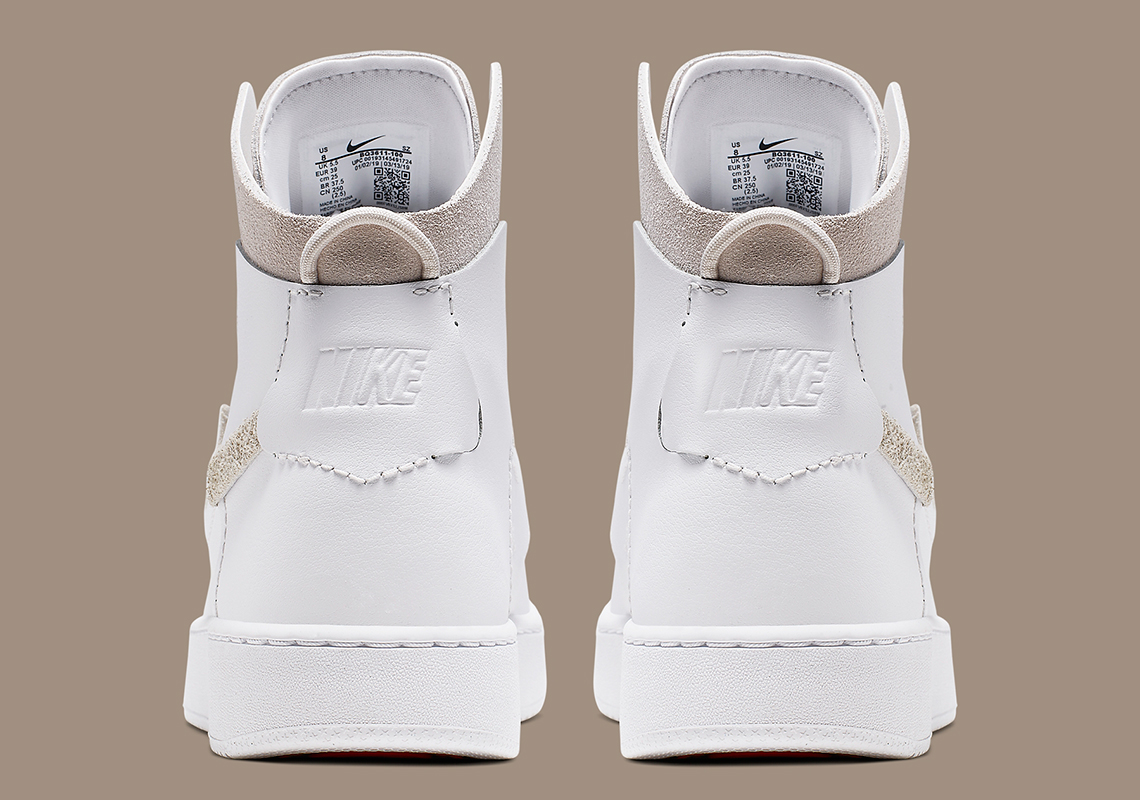 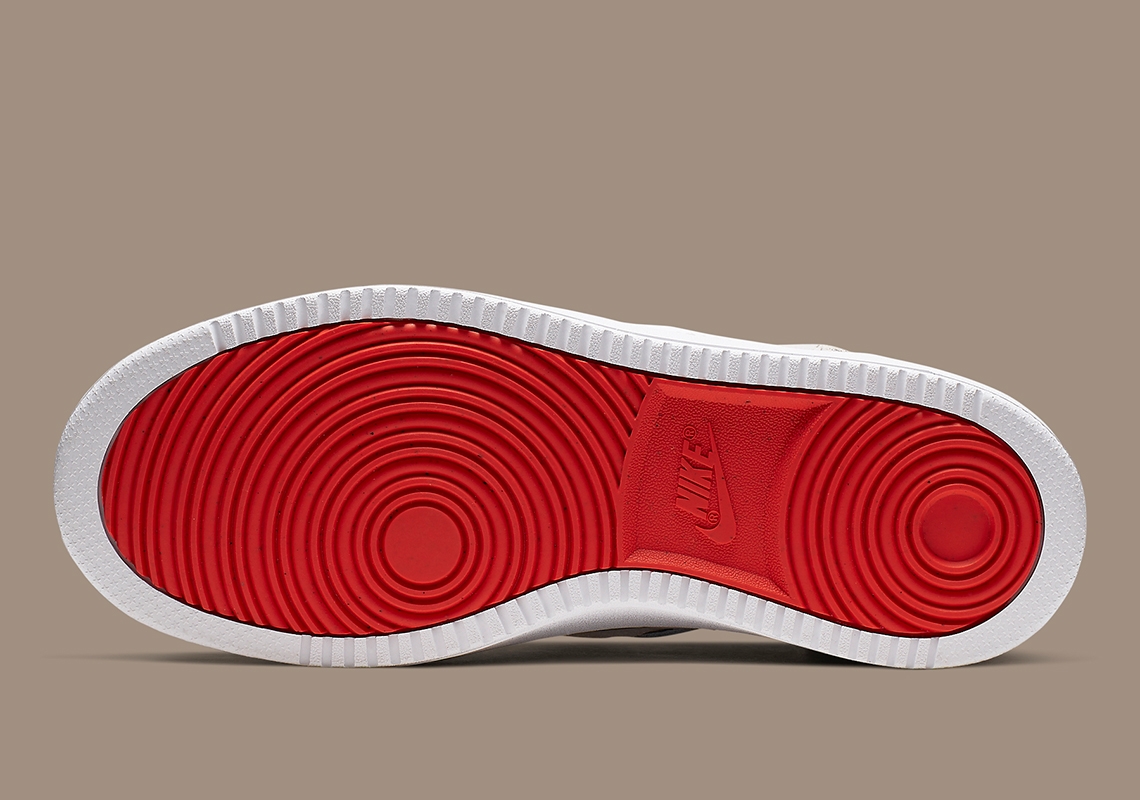