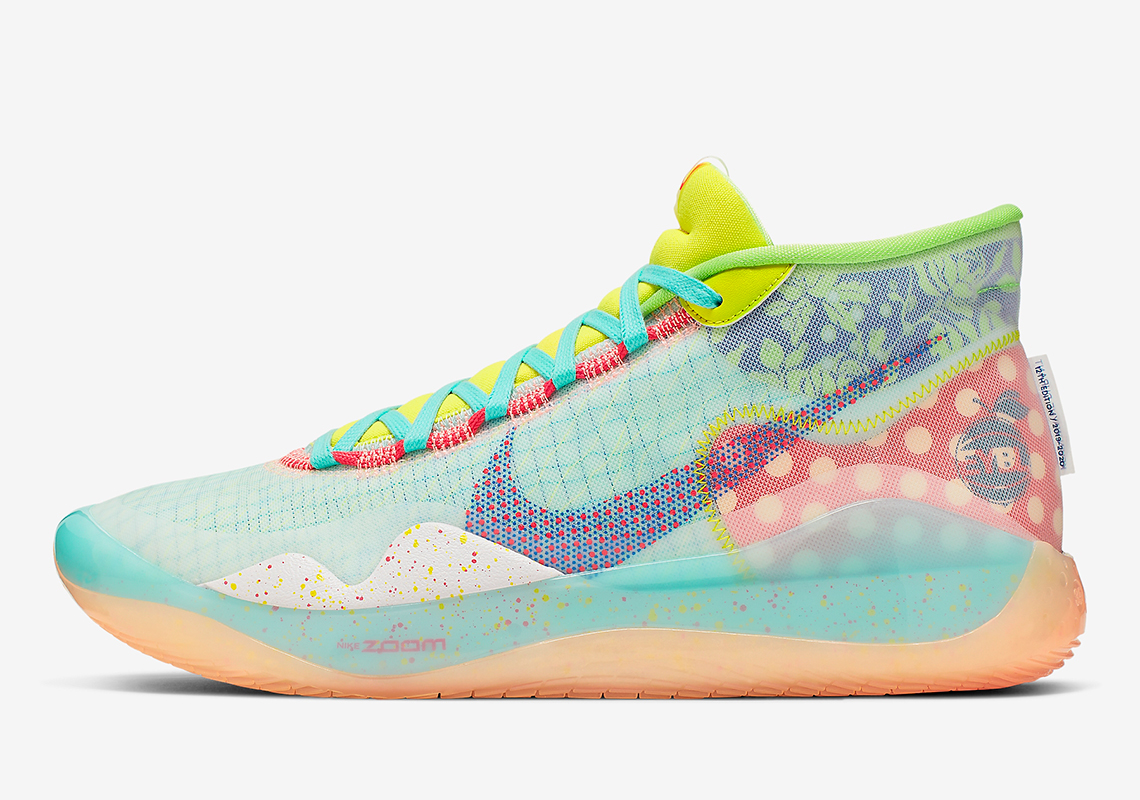 Kevin Durant‘s Nike KD 12 has quickly become one of the most popular basketball shoes on the market, and now it’s set to kick summer tournament season off with a new “EYBL” makeup. A staple of Durant’s signature line since the beloved KD 4, “EYBL” colorways were originally created for the talented high school prospects who played in the Nike-sponsored summer league. However, in recent years they’ve become available thanks to general release editions to the delight of basketball fans and Slim Reaper supporters alike. They’ve also become known for their wild and colorful makeups as of late, and it’s safe to say that the KD 12 might just be the boldest yet. Using a powerful plethora of punchy neon and cool blue tones, these Nike shoes also feature palm leaf/polka dot prints and paint splatters. A special EYBL logo then graces the heel, and a peachy orange arrives on the semi-translucent outsole. Their performance is just as potent as their palate too, thanks to flexible Flywire embedded in the upper for support, a soft Flyknit tongue for comfort, and a strobel-less midsole equipped with a full-foot Zoom Air unit for the ultra-responsive cushioning that hoopers desire. The Durantula’s new EYBL kicks will release July 19th on Nike.com/at select Swoosh Hoops stockists for $150 USD, so get a close-up look at all their unique accents via a full gallery of official images directly below in the meantime. 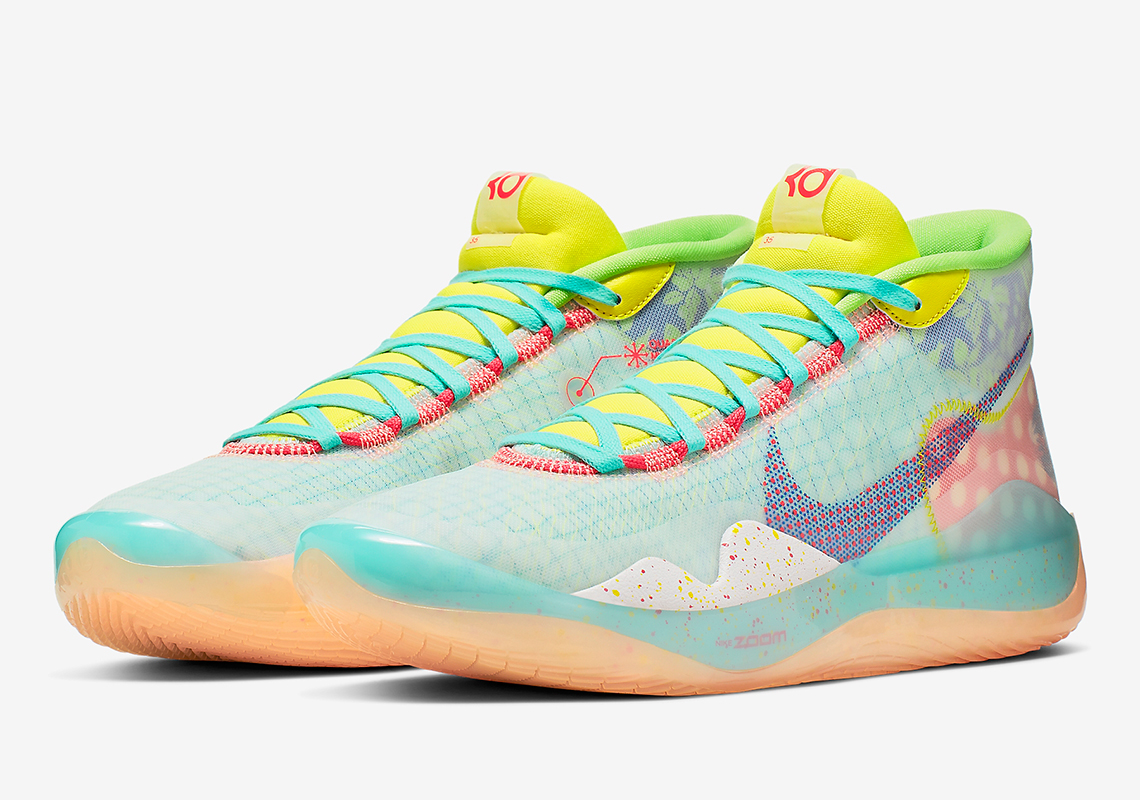 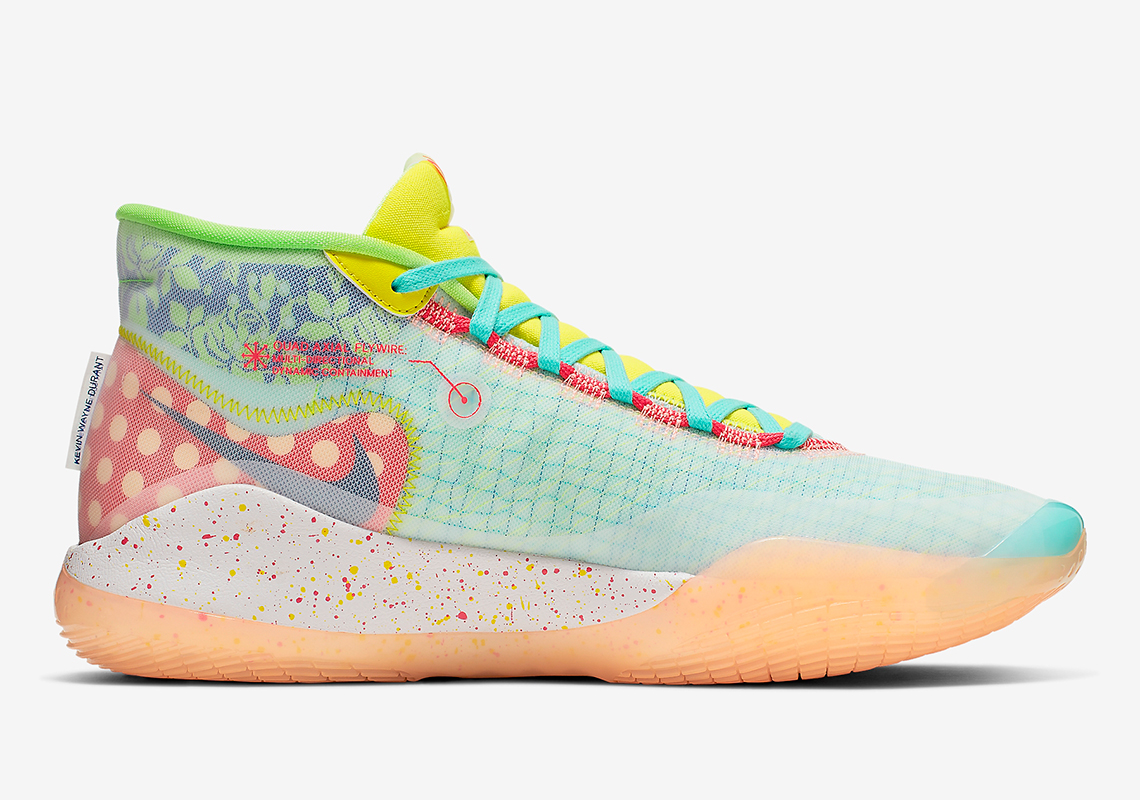 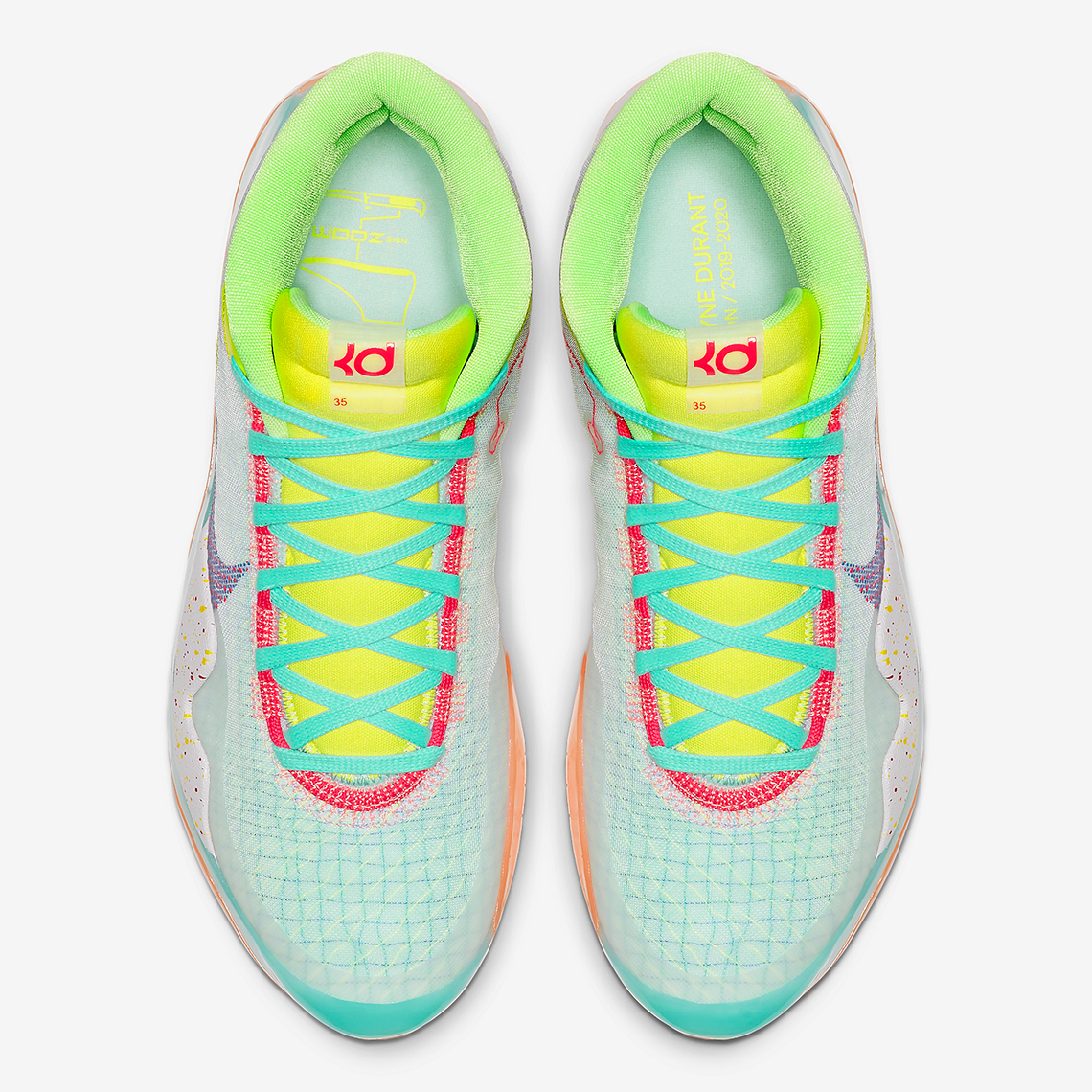 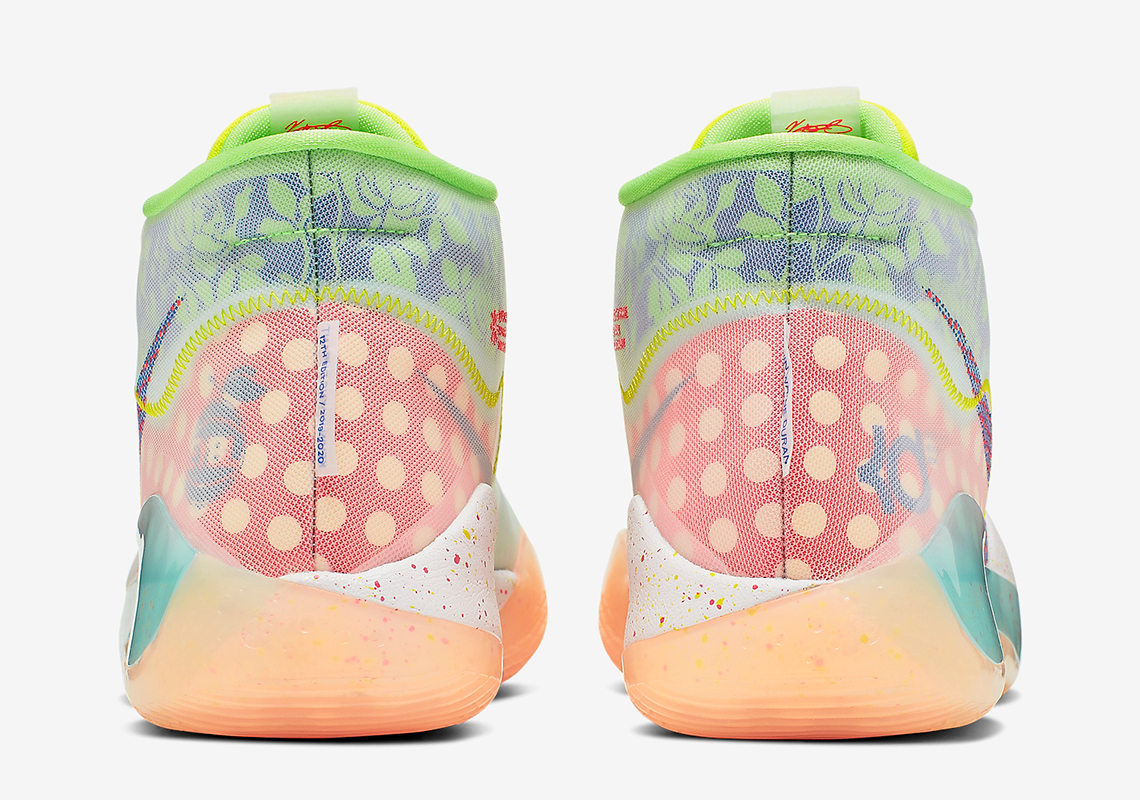 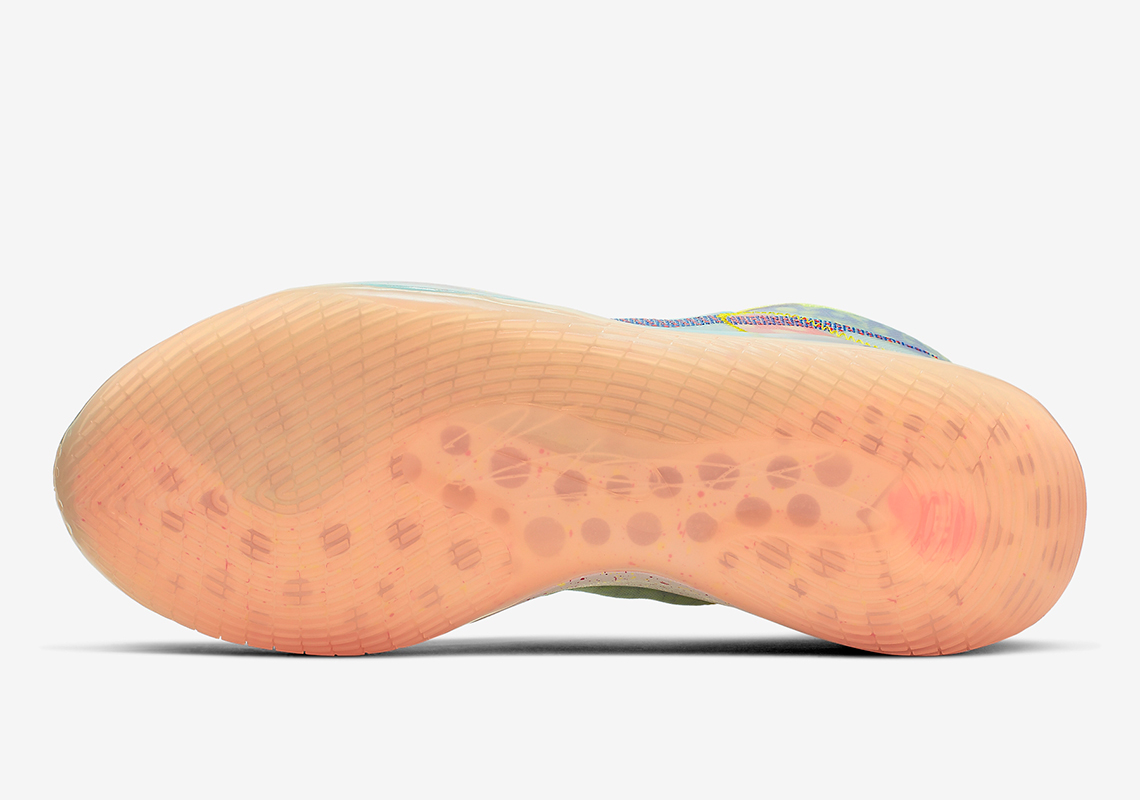