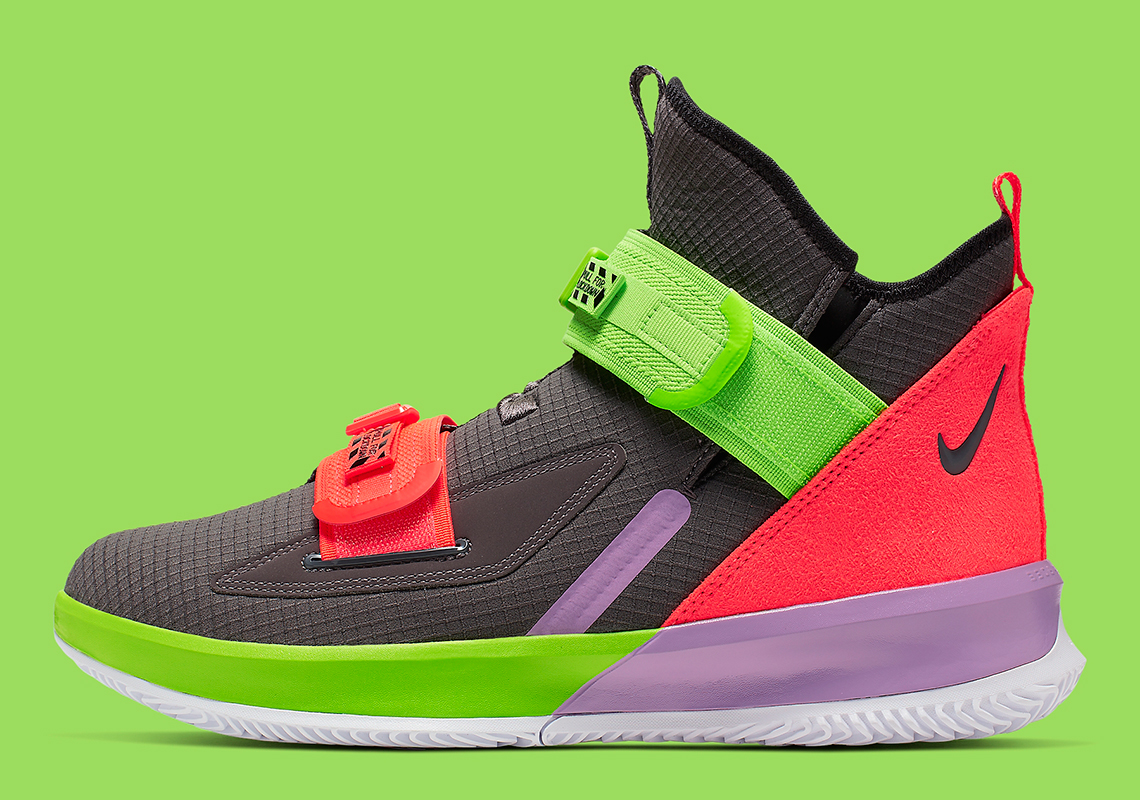 Over its decade and a half-plus of existence, LeBron James‘s Nike line has produced a veritable plethora of silhouettes both signature and team-focused, and now the latest entrant into the extensive lineage is the LeBron Soldier 13. After first leaking in a Lakers-themed makeup this May it’s now set to officially debut in July, and the first colorway to roll out will be a bold “Thunder Grey.” Using a stormy grey base with a simple geometric textured pattern and laceless construction, these new Nike shoes then turn the heat up on the accents. A bold volt green appears on the collar strap and midsole’s front half, while a vibrant red appears on the toebox strap and large triangular suede heel overlay, which also offers a small Swoosh. Soft periwinkle details on the midsole’s rear half and midfoot’s taped seam bring the temperature down just a touch. For those who need instructions, “Pull For Lockdown” tabs with a hazard print hit the straps, while an embroidered LeBron logo appears front and center and a “23” is sublimated into the outsole’s traction pattern to complete the look. This baker’s dozen Soldier will release on Nike.com July 1st, so enjoy a full set of images below in the meantime. 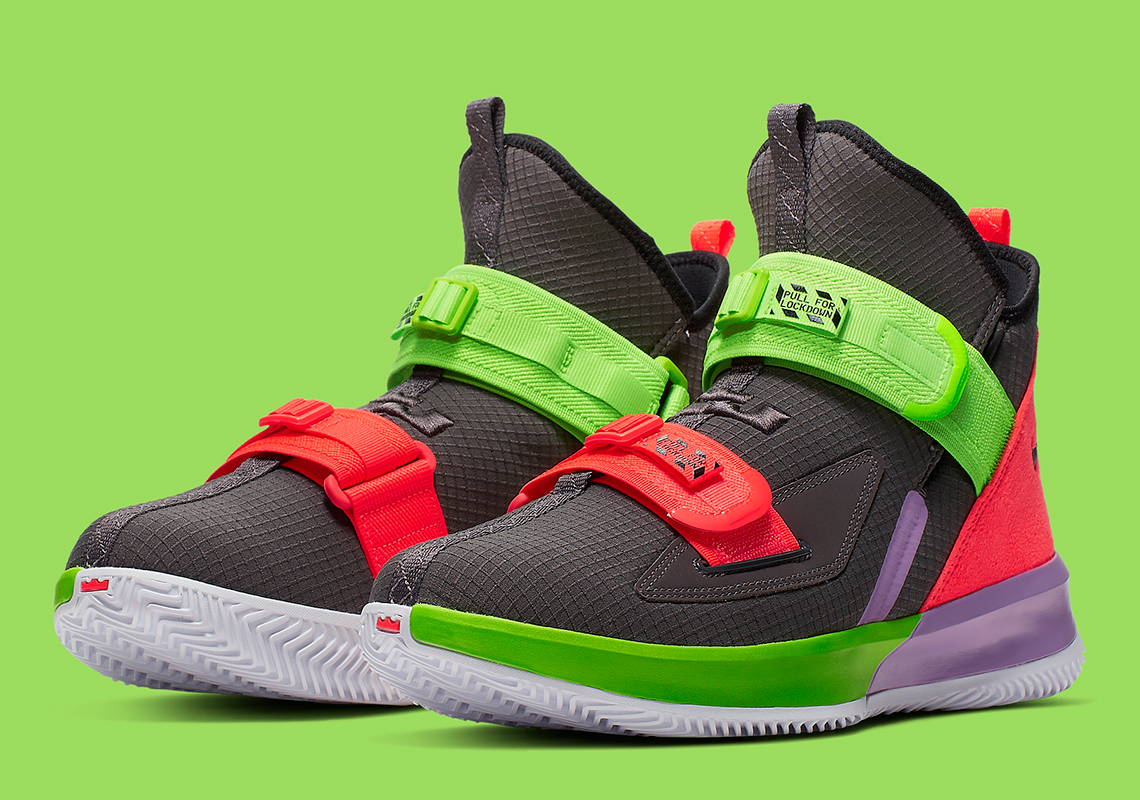 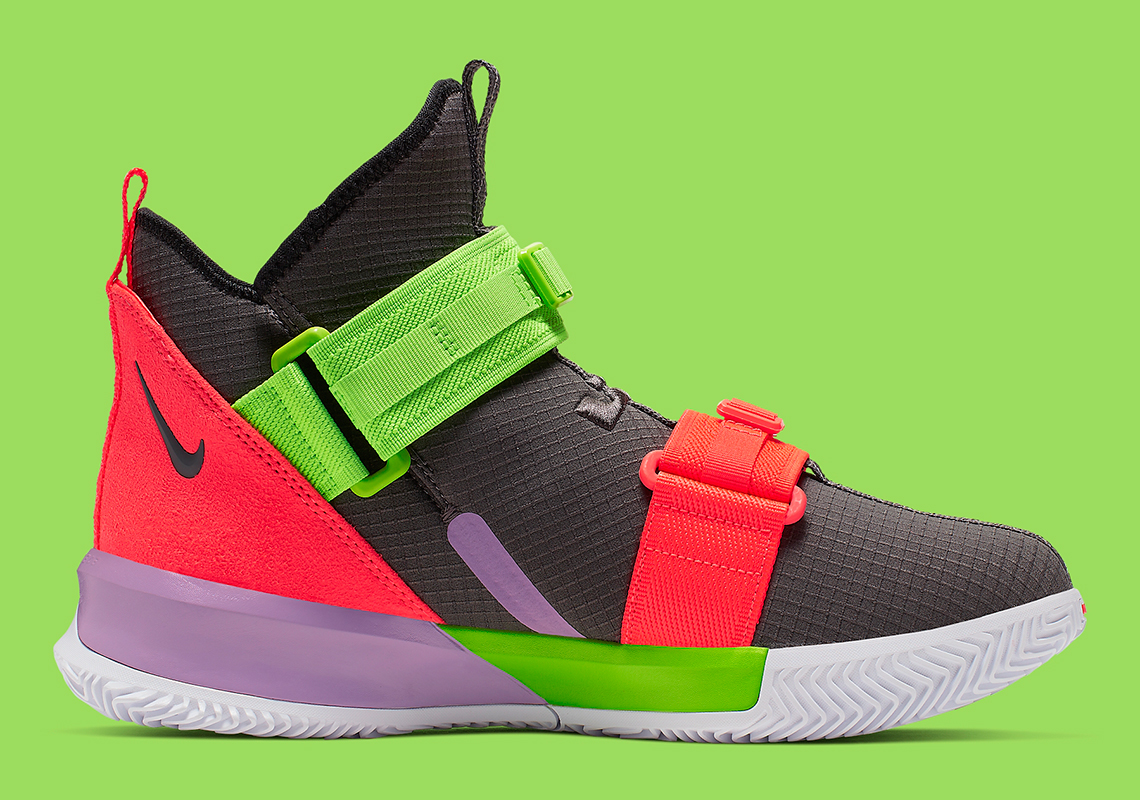 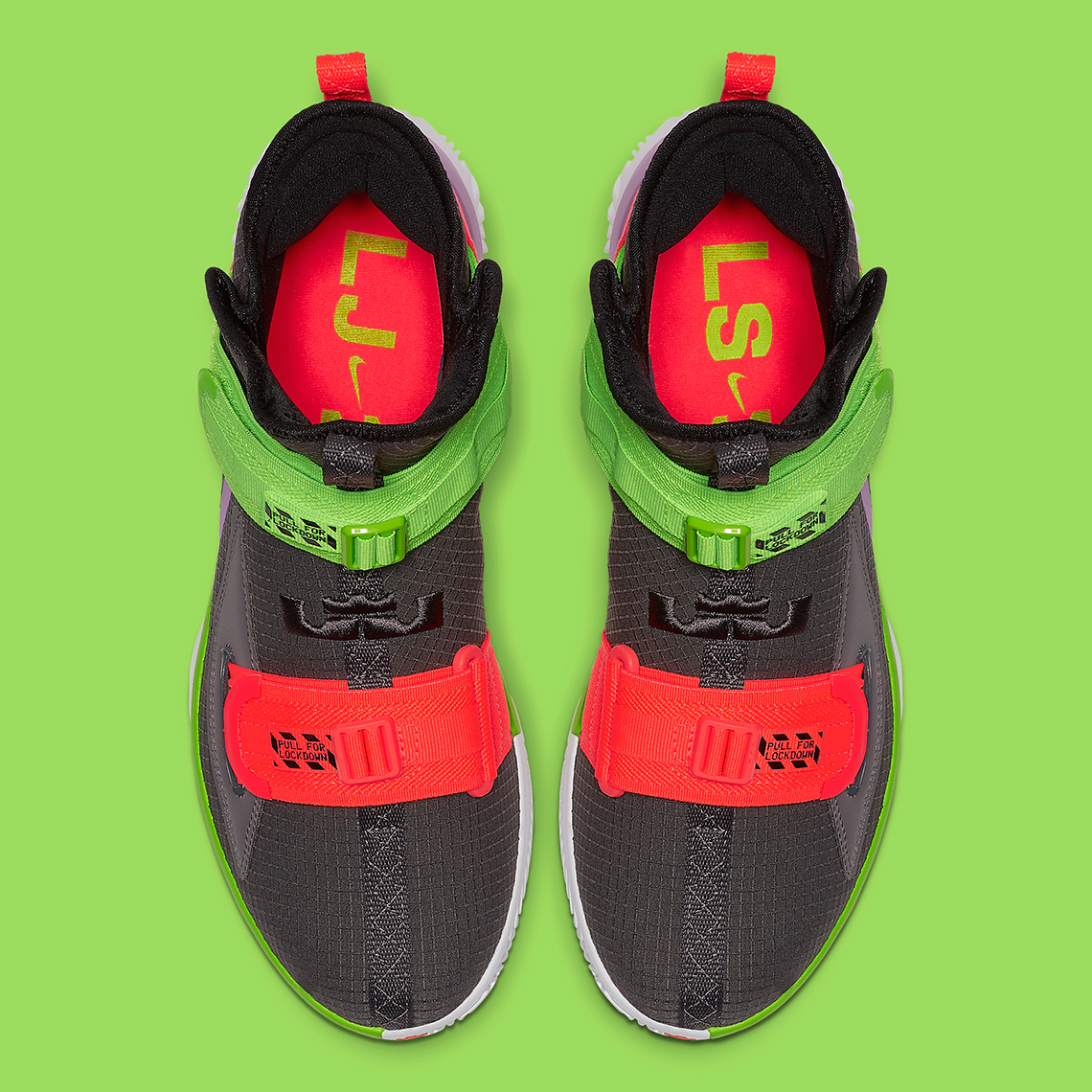 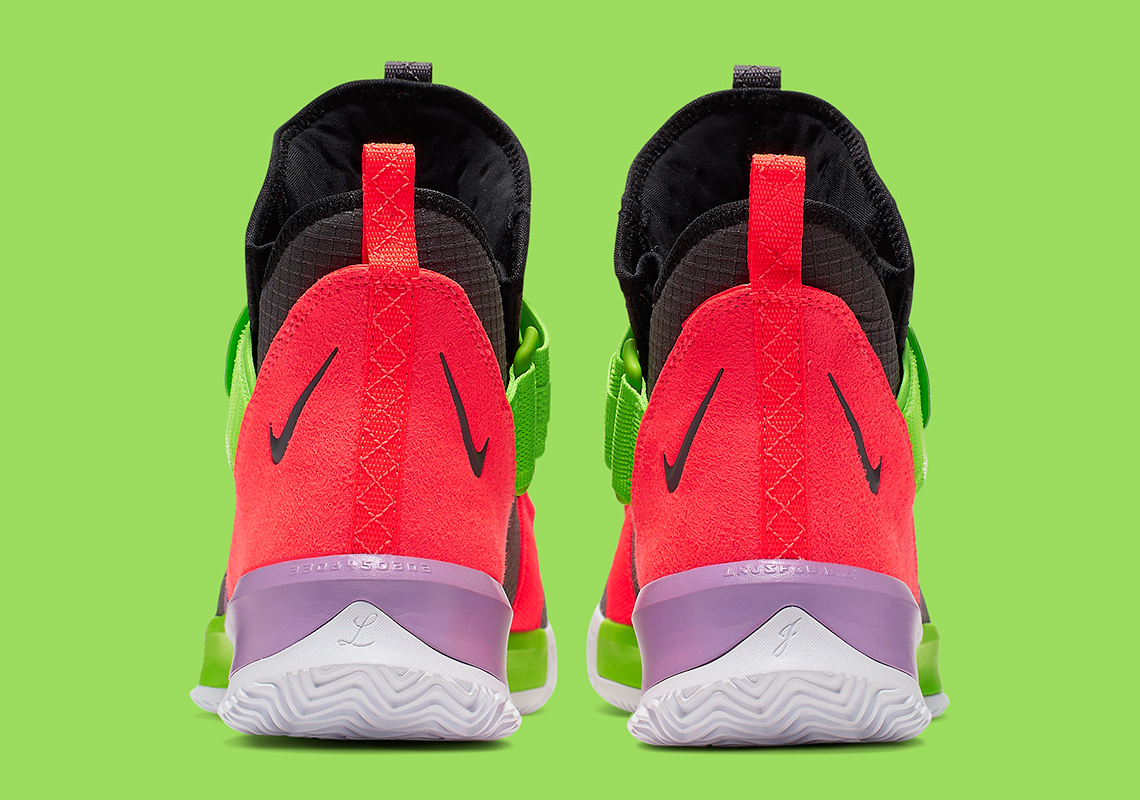 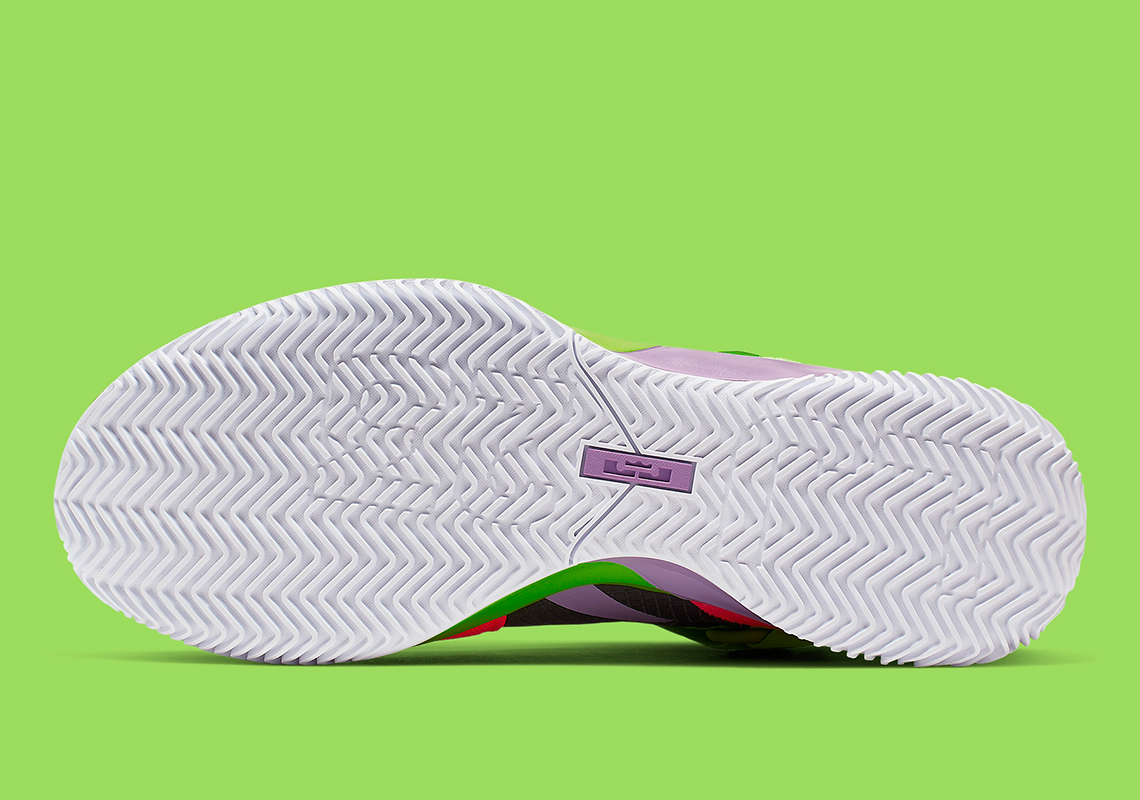