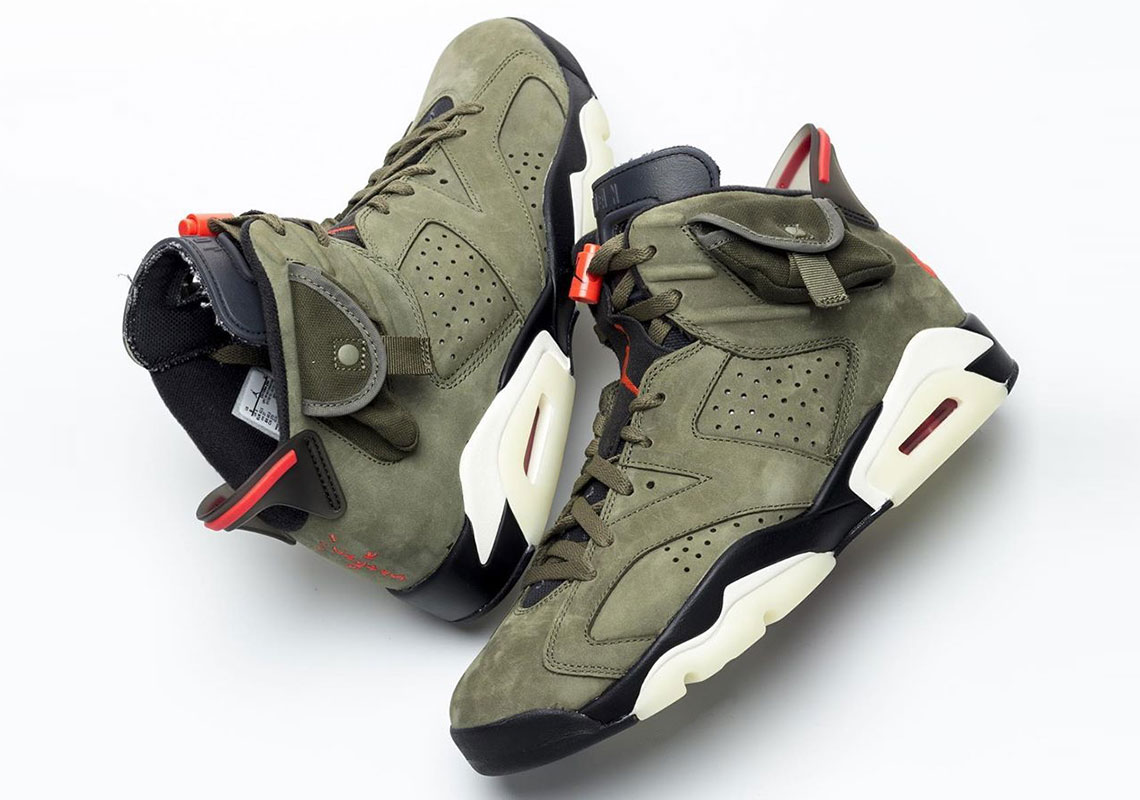 It’s no doubt that almost each and every Travis Scott Jordan collaboration will be held in high regard, with the most recent $50 dollar boxes of cereals only being a testament to that. With the AJ1 easily being one of many’s sneaker of the year, the team effort is still not quite giving up as they gear to drop a smooth pair of Air Jordan 6s. Taking on an ethos bolstered by each past addition, the pair arrives in singular toned execution, opting for a deep olive green throughout the entirety of its suede construction. Perforations add shadowed contrast alongside the black-tinted midsole, lining, back tab and tongue with a note of off-white and crimson intermingling across the sole unit and smaller embellishments. Holding the same sort of utility as the aforementioned, the lateral features a militaristic pouch: a notable contrast to the mischief-informed stash pocket. Grab a detailed look at the Jordan 6 Travis Scott into the longstanding partnership right below and expect to see it hitting Nike.com and select retailers come later this October. 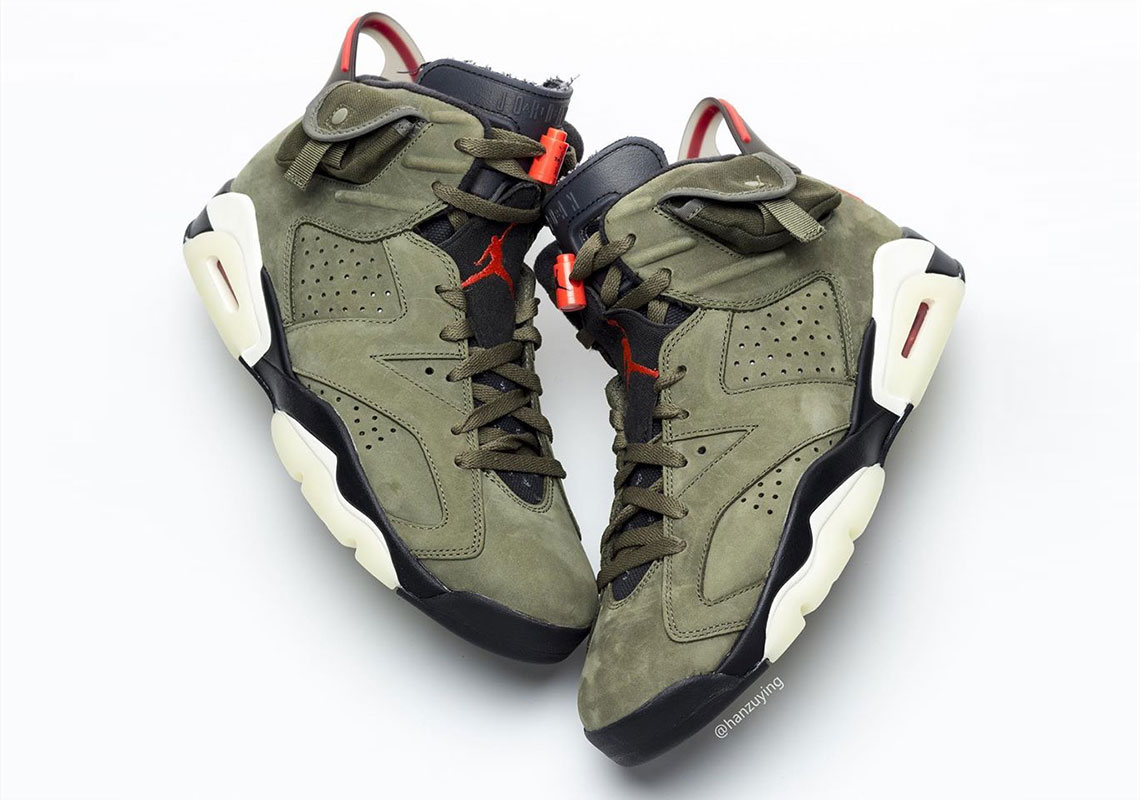 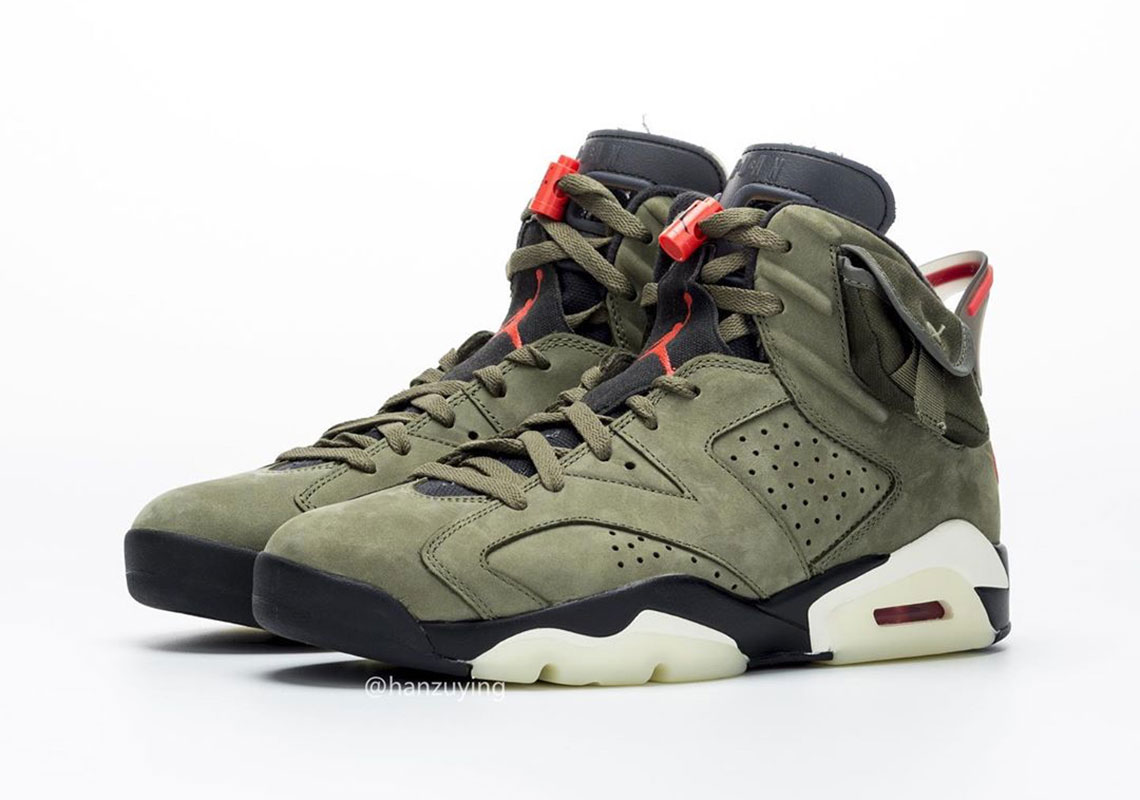 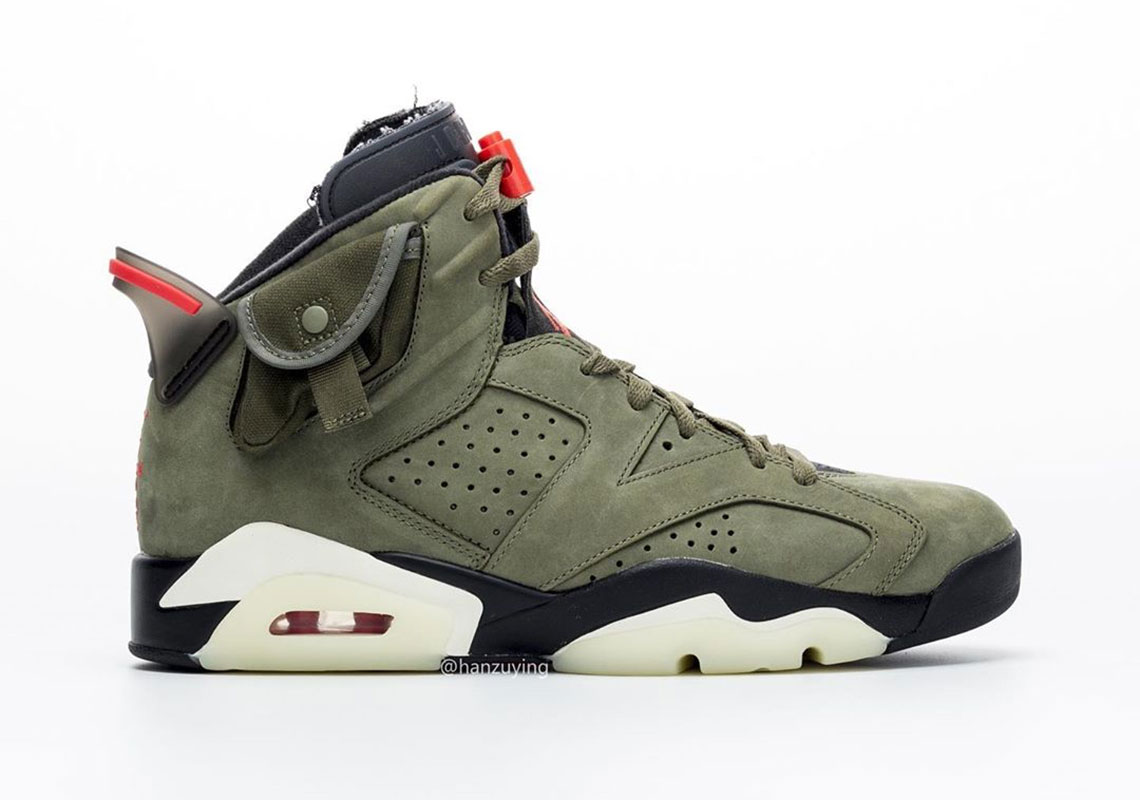 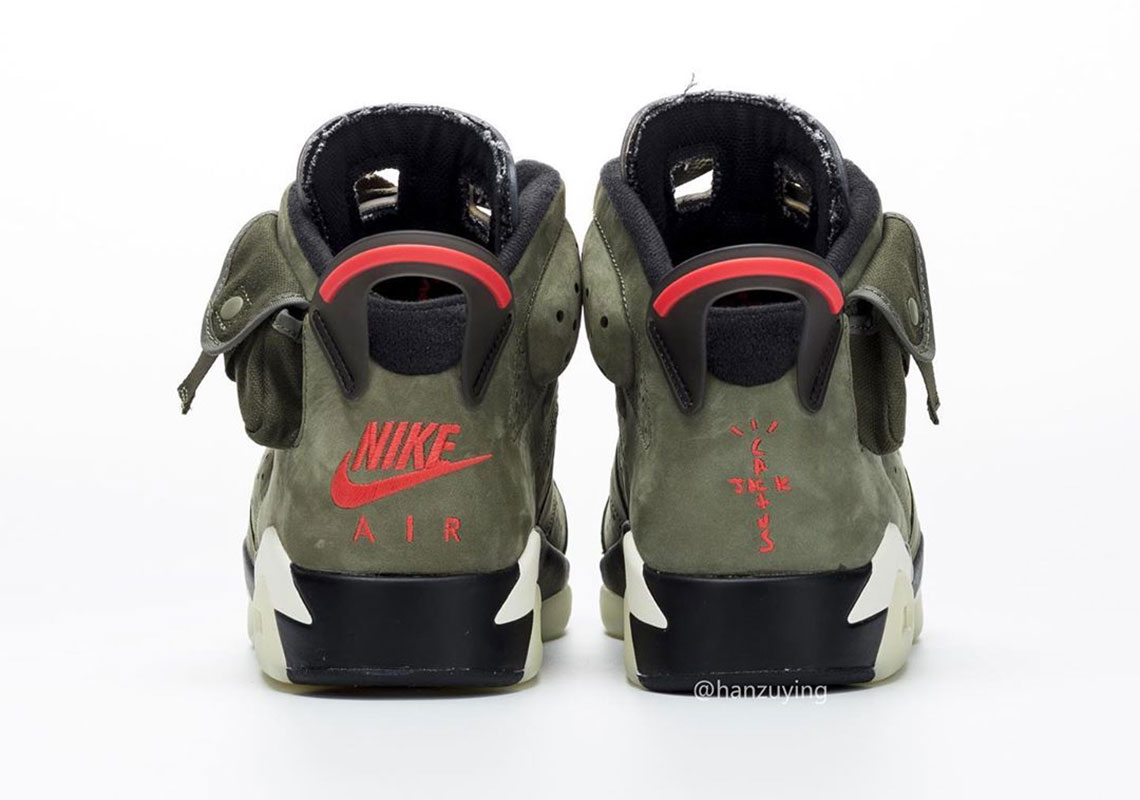 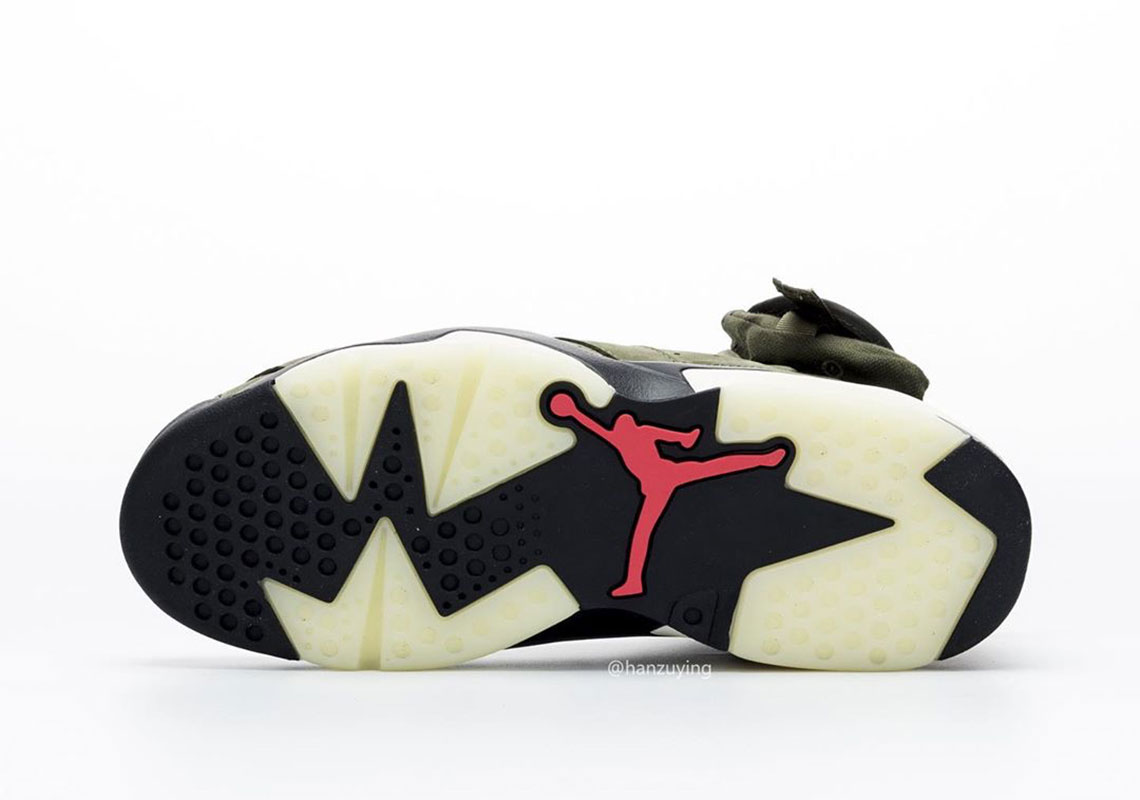