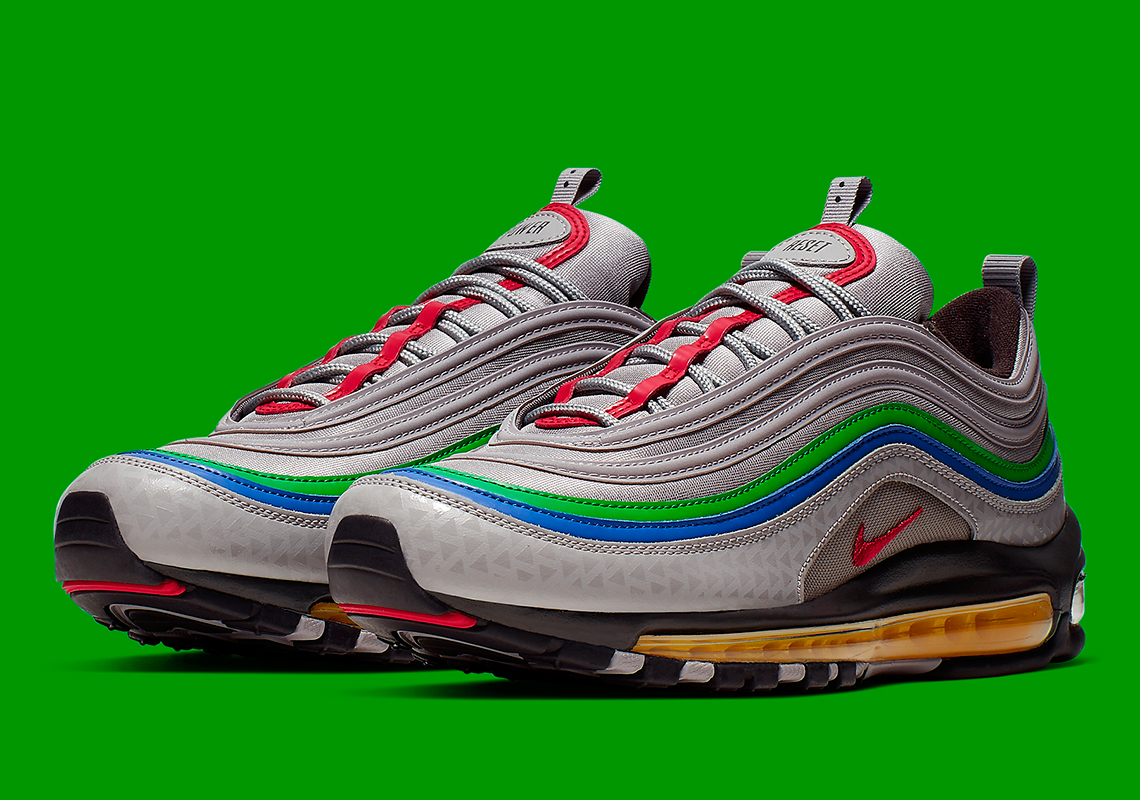 Is This Nike Air Max 97 Inspired By The Nintendo 64 Game Console?

The year was 1997. Nike’s Air Max 97 has just released to a receptive audience, who appreciated the Christian Tresser-designed silhouette’s sleek lines and speedy shape. This was only a year after Nintendo had immeasurably changed the world of video games with their now-iconic Nintendo 64, and now the two ’90s classics have been interpolated to create a nostalgia-filled take on the Air Max 97 with a color scheme that’s inspired by the legendary console.

A sleek grey is used as the base for a nod to the 64’s controller, while the mudguard features a tonal triangular print, encouraging you to get your game on. Green, blue, red, and yellow accents are then dispersed throughout the upper, midsole, and outsole, acknowledging both the colors of the controller’s buttons and the N64 logo. Three small dots grace the front pull tab for an ultra-clever nod to the tri-pronged controller jack on the system’s front, while the left and right tongue badges are equipped with “Reset” and “Power” hits, two motifs any Nintendo fan is sure to be familiar with. Another Nintendo-inspired text hit then appears on the heel tab, and the look is completed by a black-and-white printed insole that flips the ESRB game rating icon into a Nike logo, complete with a “Designed In 1997” stamp. No matter if you’re an Air Max aficionado or a Nintendo nut, you’re sure to love this thoughtful amalgamation of two ’90s classics, and you can expect them to arrive on Nike.com and at select Swoosh stockists later this summer for $160 USD. 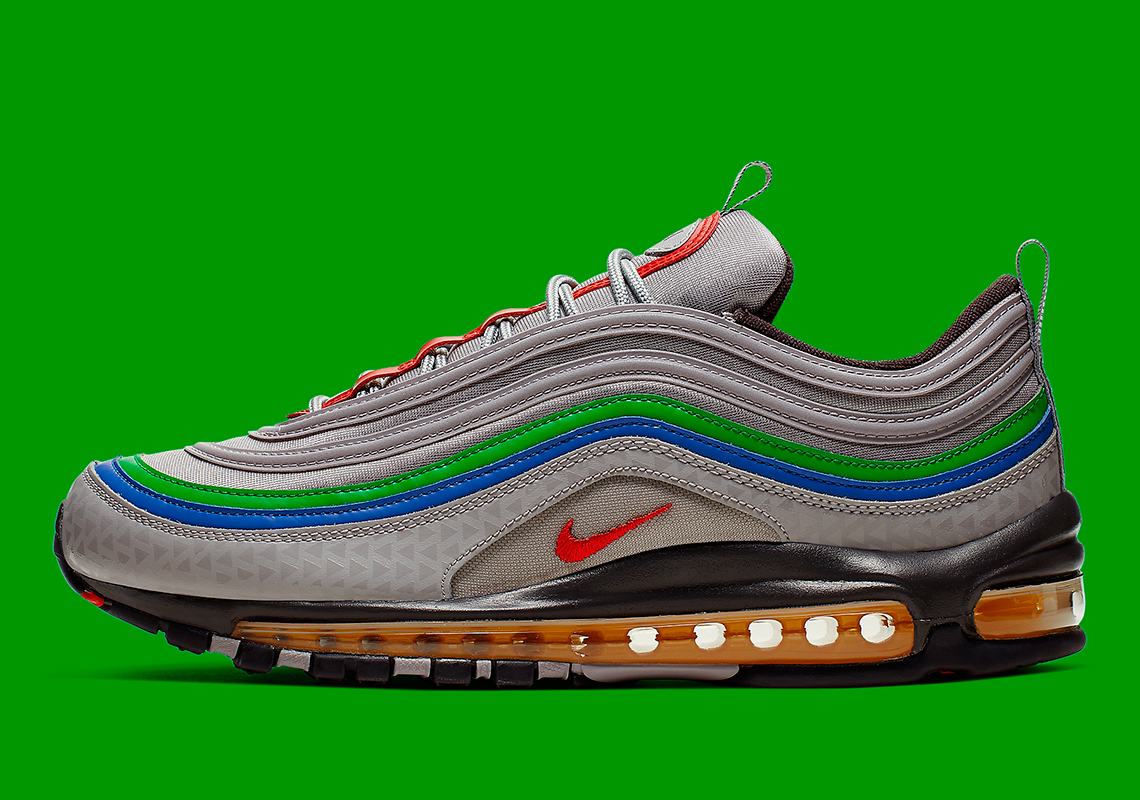 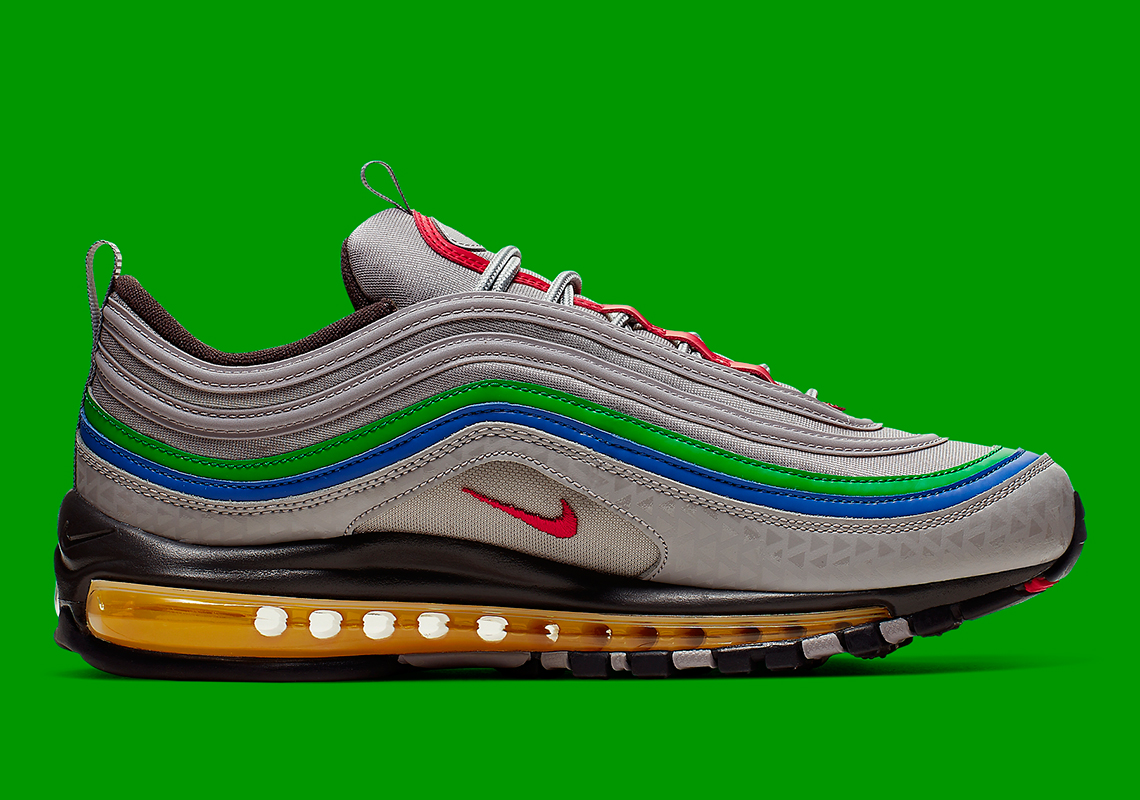 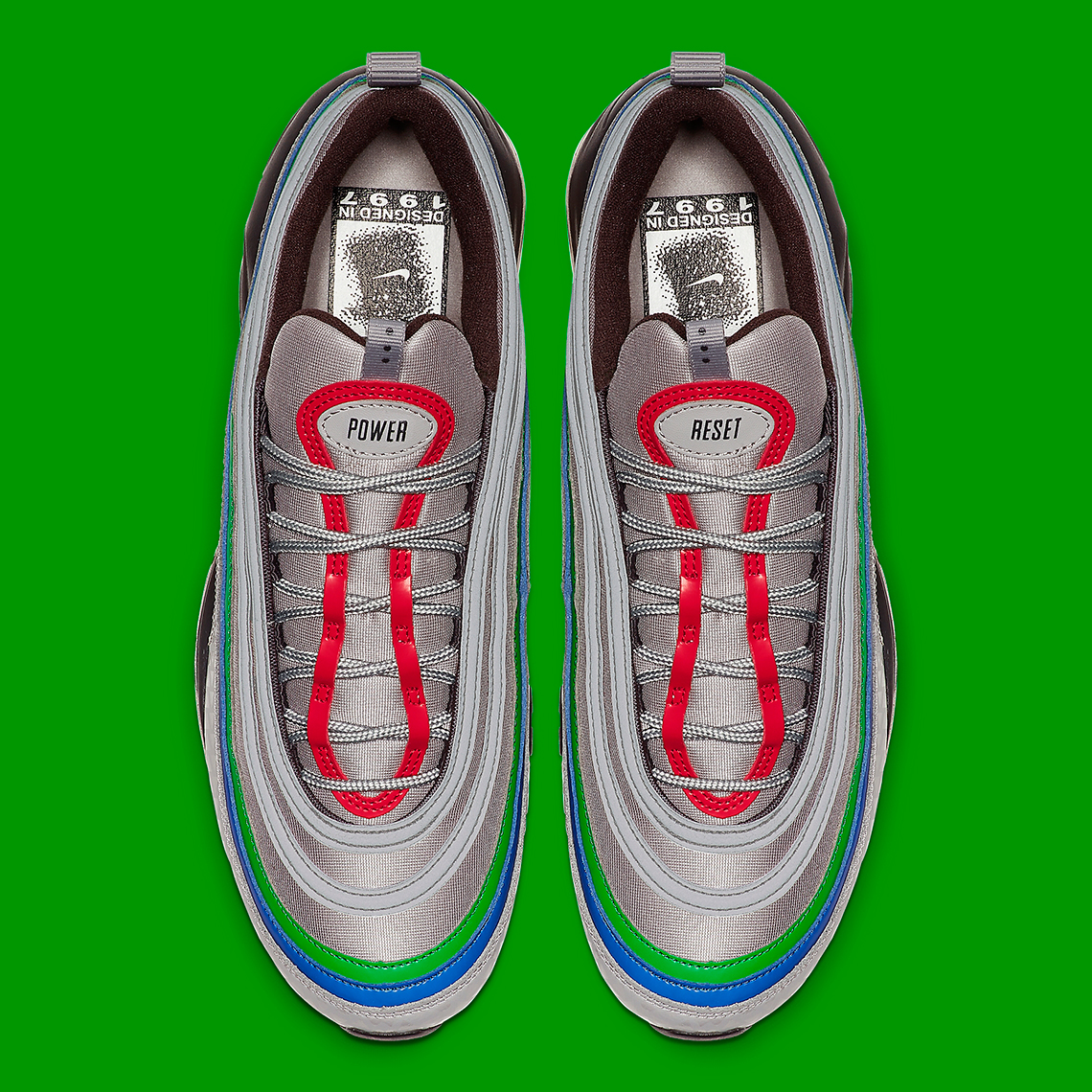 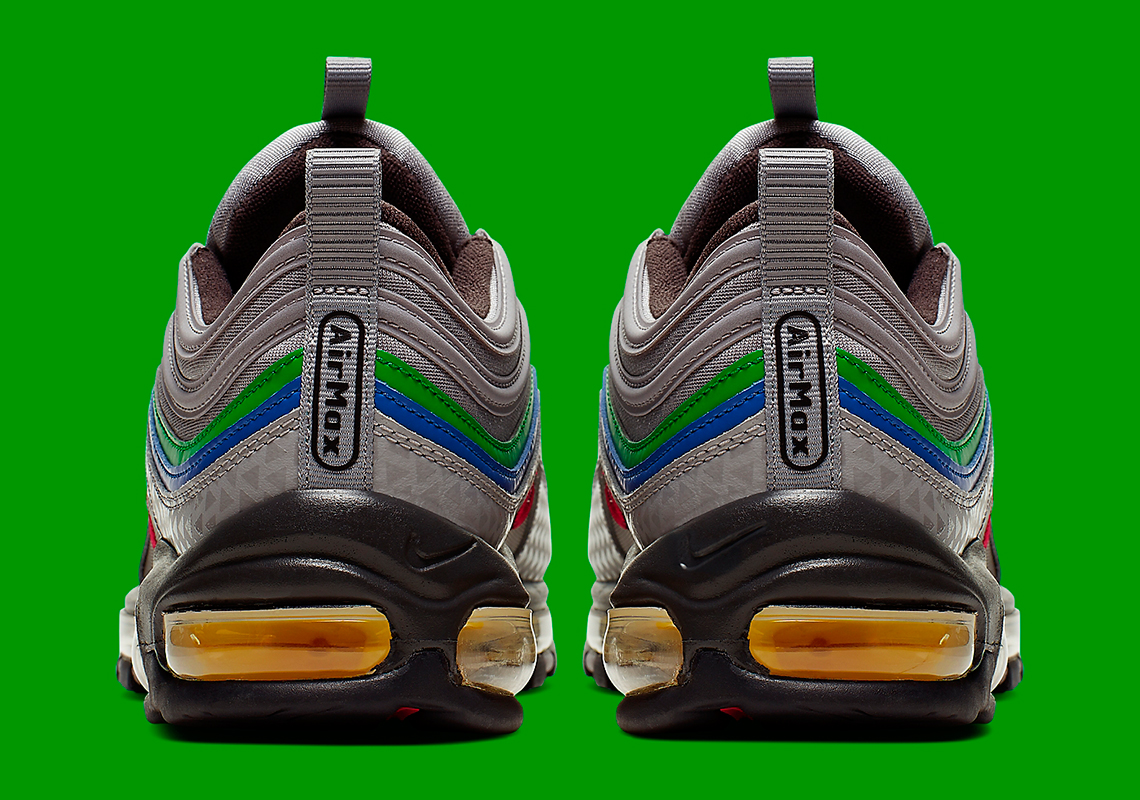 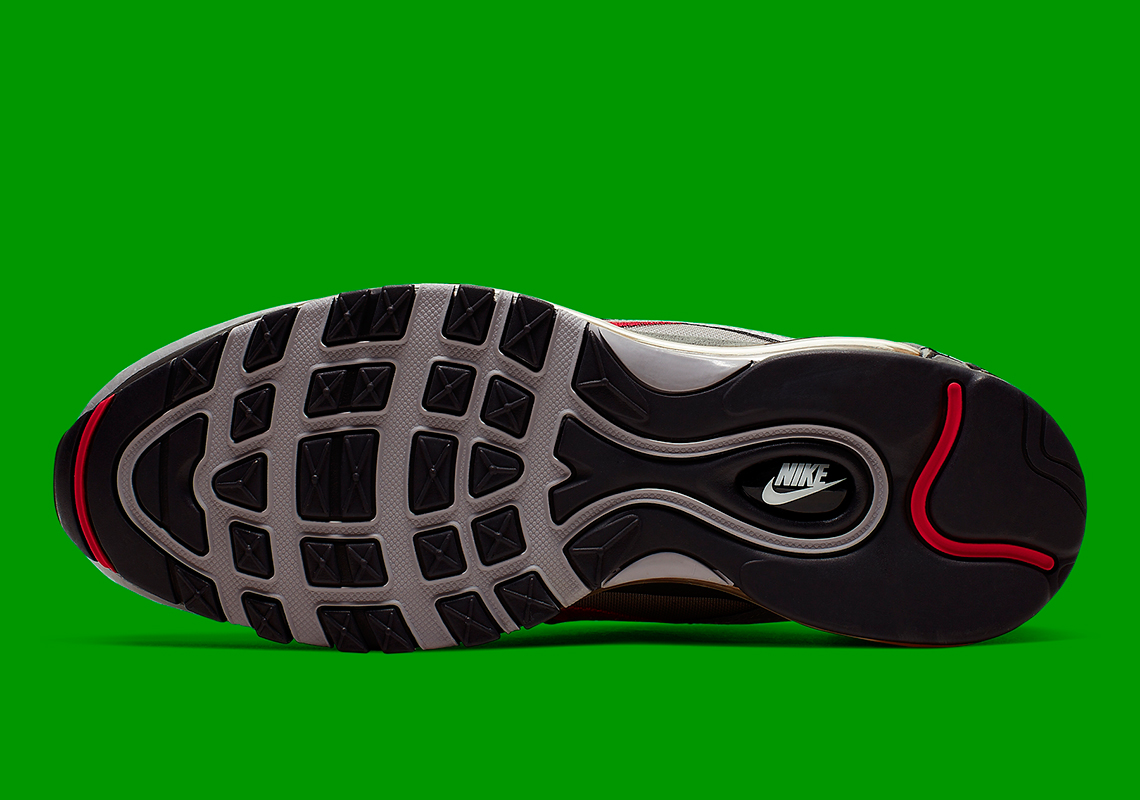