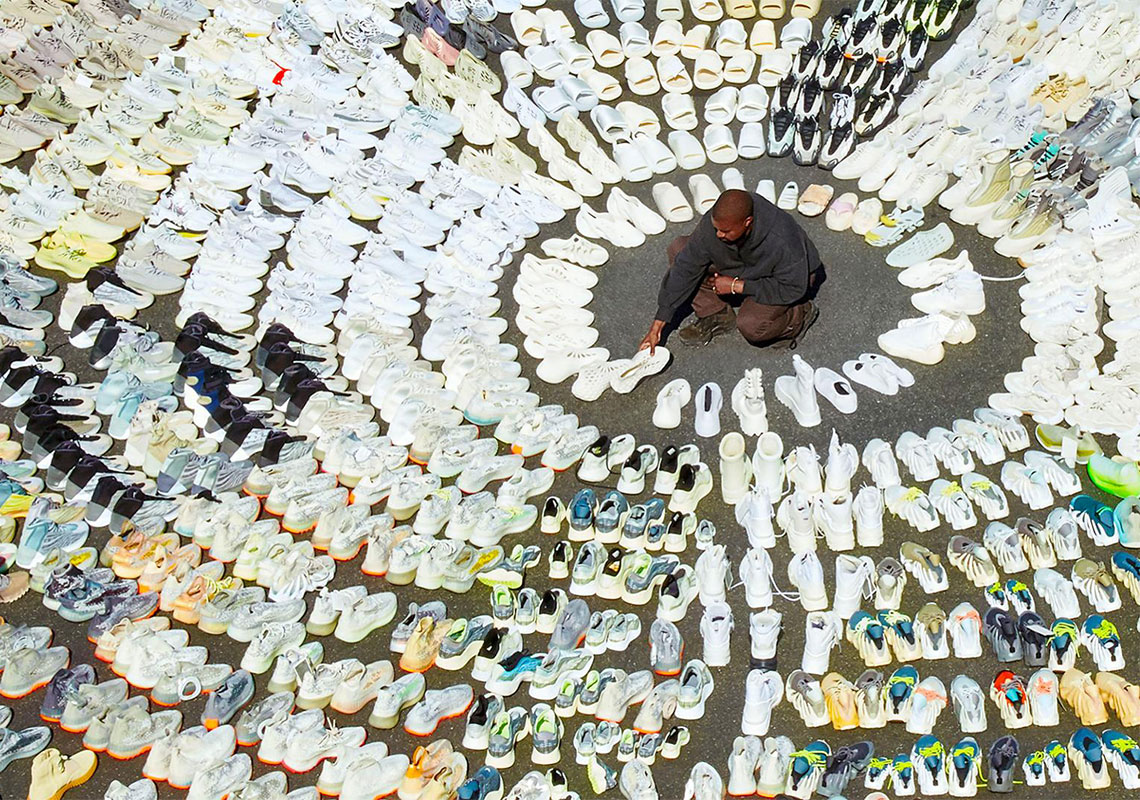 No matter how you may feel about the man himself, you simply can’t deny Kanye West‘s influence in today’s celebrity-driven world of footwear. His adidas Yeezy label has grown into the industry’s foremost partnership between artist and brand, and a recent Forbes cover story just revealed that ‘Ye’s eponymous footwear line is projected to take in a whopping $1.5 billion in sales by the end of the year. Since West first left Nike to join forces with adidas in 2013 and presented his first collaborative Trefoil Brand sneakers in 2015, the rise of Yeezy has been nothing short of meteoric. It’s bolstered by popular designs like the Yeezy 350, Yeezy 500, and Yeezy 700, assisted by a copious amount of co-signs, and remains constantly in the headlines via a veritable plethora of releases, especially in 2019. Although Yeezy hasn’t quite “jumped over the Jumpman” — Jordan Brand’s annual volume is about $3 billion — as Kanye infamously stated in 2012’s “New God Flow” and again in 2015’s “Facts” the stratospheric sales numbers are a tangible testament to what the potent partnership is capable of achieving. Check out the full piece over at Forbes, and stay tuned to our Sneaker Release Dates page for info and updates on other upcoming Yeezy releases like the Yeezy 350 Lundmark Reflective as well.