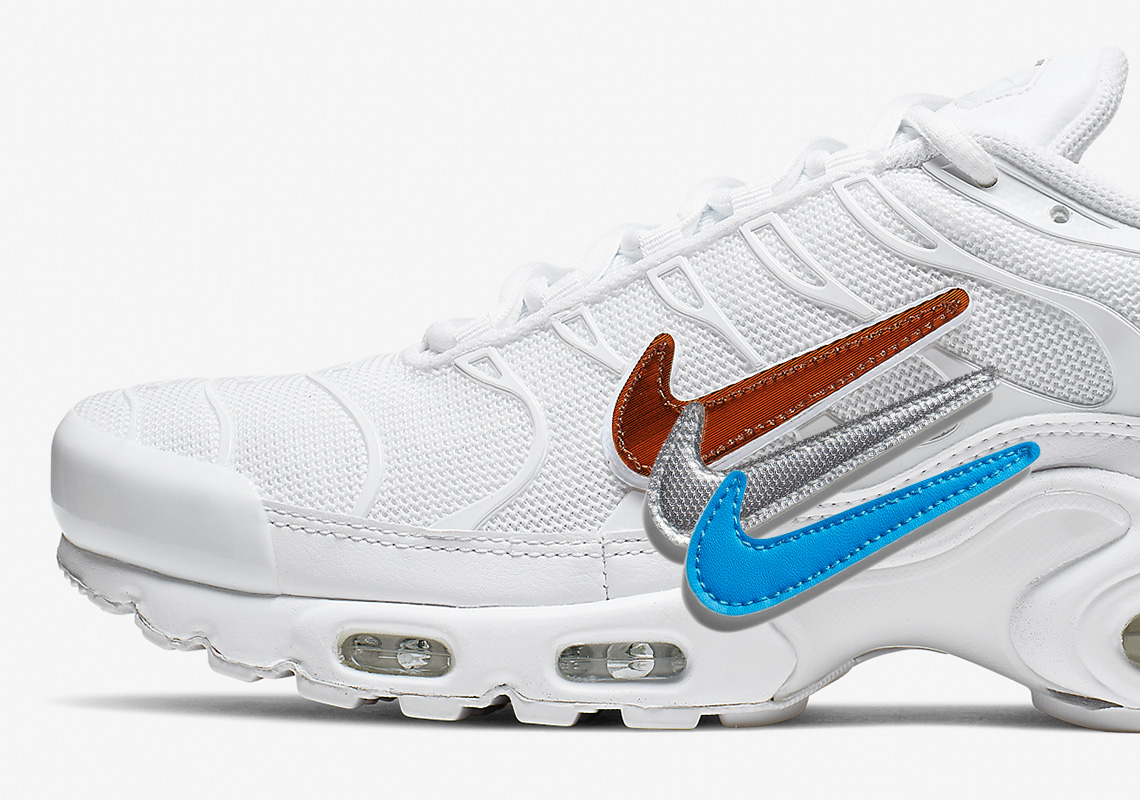 Nike Adds Removable Swooshes To The Air Max Plus

Following in the footsteps of the notable Travis Scott x Air Force 1 — as well as the general release pack that featured the same velcro-backed motif — Nike seems to be on a modular trajectory with the latest Air Max Plus flipping swooshes at the behest of its owner. Simply constructed otherwise, the pair is almost completely barren of any notable tones, showing off flat hits of white throughout its mesh and leather fabrications. Aggressive sole units are conversely subdued save for their gum-tinted air bubbles while the pièce de résistance, the profile check, sits as the only form of contrast throughout. Though its adhesive backing is a similarly tinted white the options for logos are surprising in their Total Orange, Photo Blue, and Metallic Silver hues. Reflective accents stripe down from the tongue to the vamp and then all the way to the toe, embellishing a pair for something more than meets the eye. Grab a detailed peek at the pair right below and, as they are currently available overseas, expect a release at select retailers and Nike.com to go live very soon. 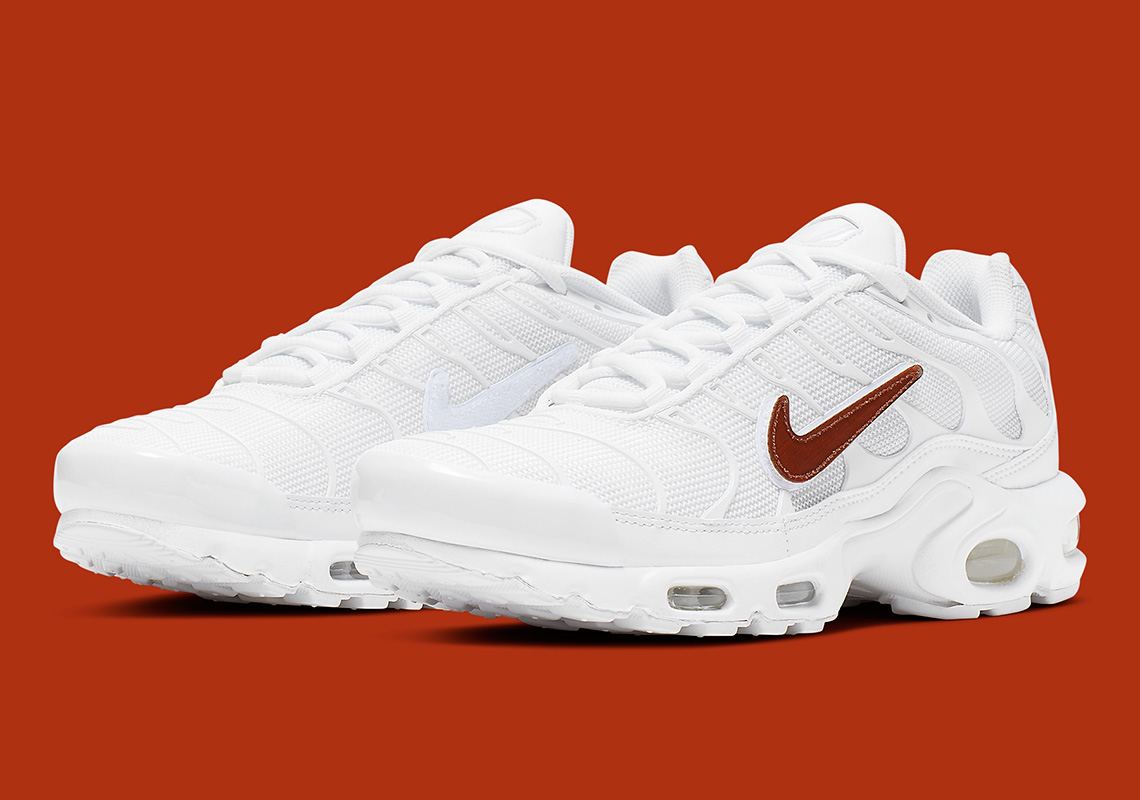 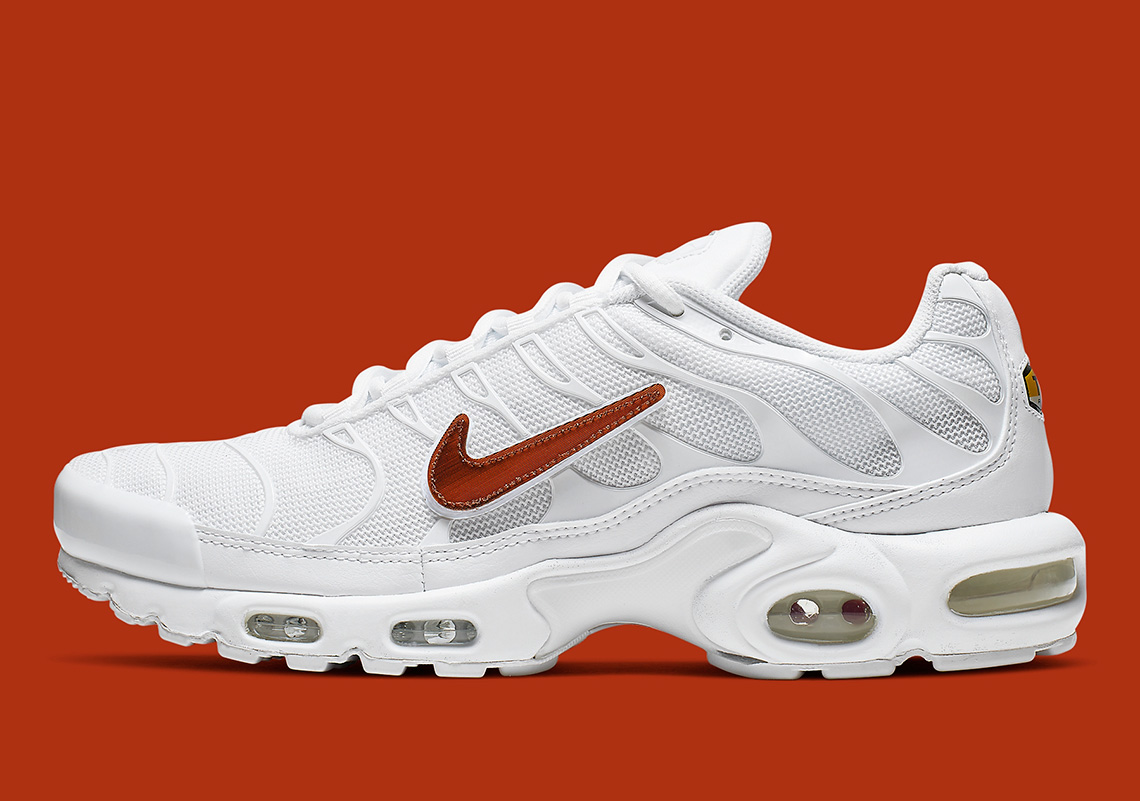 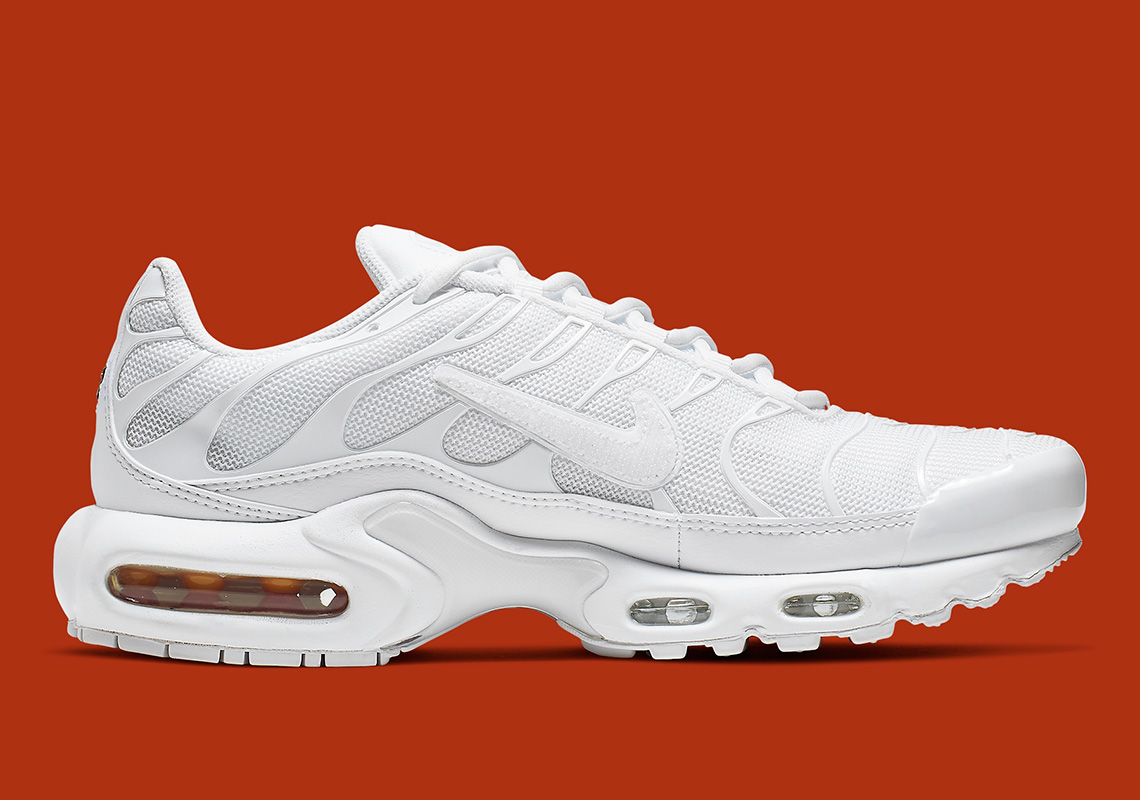 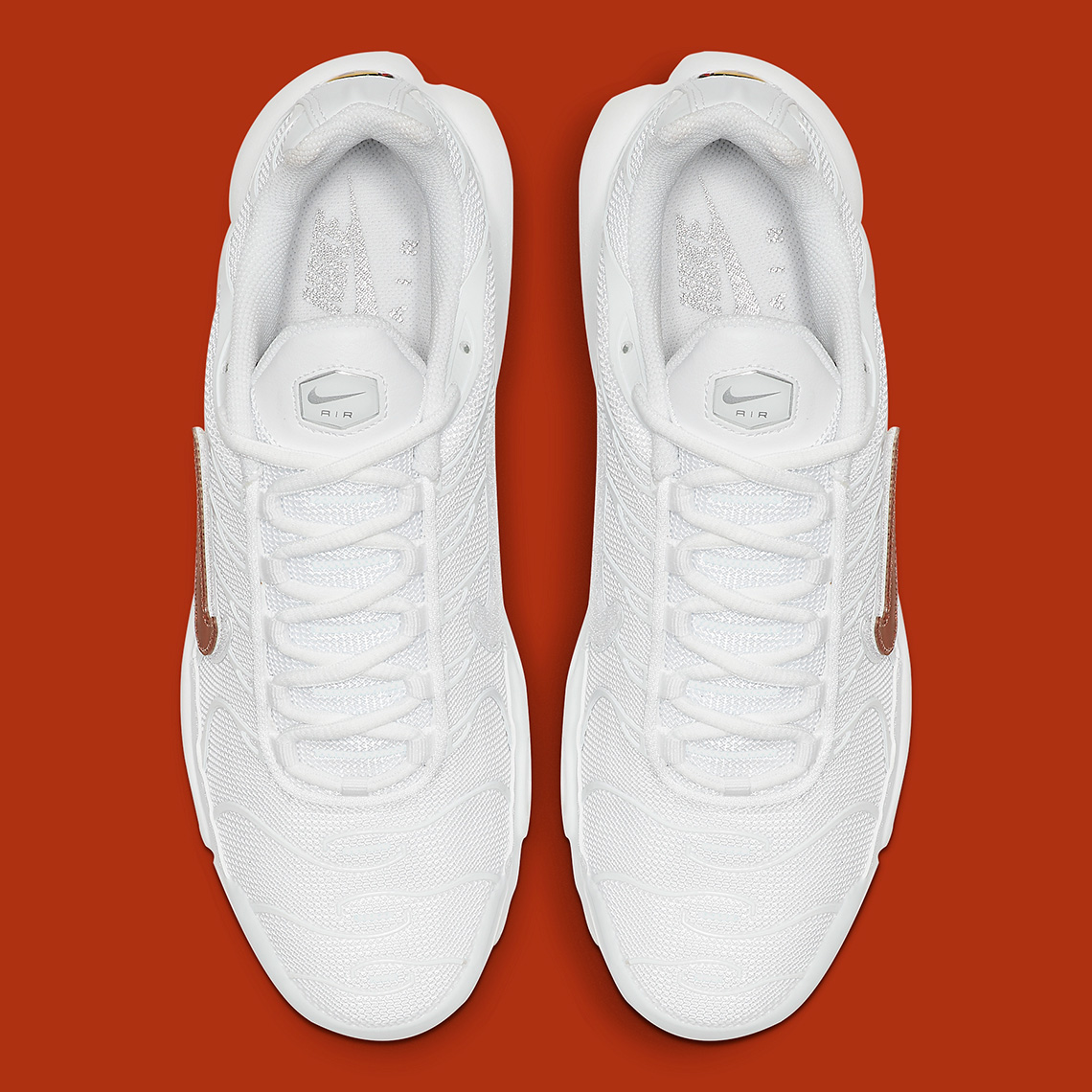 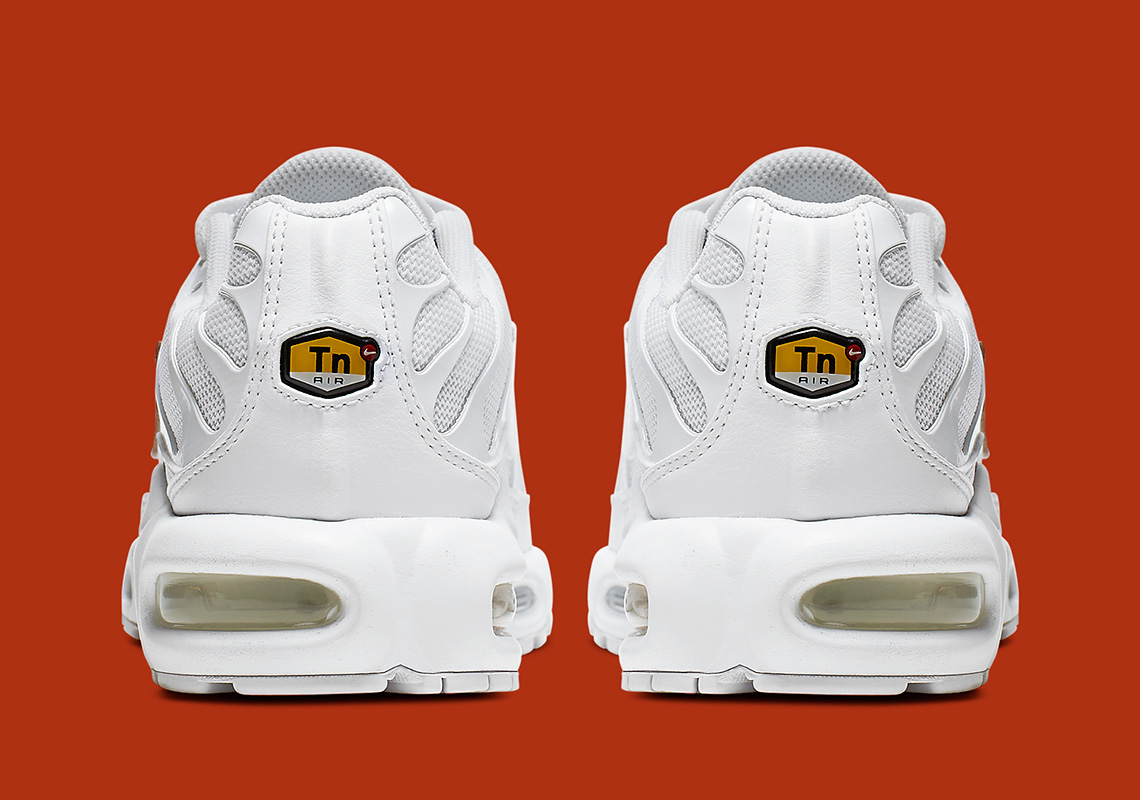 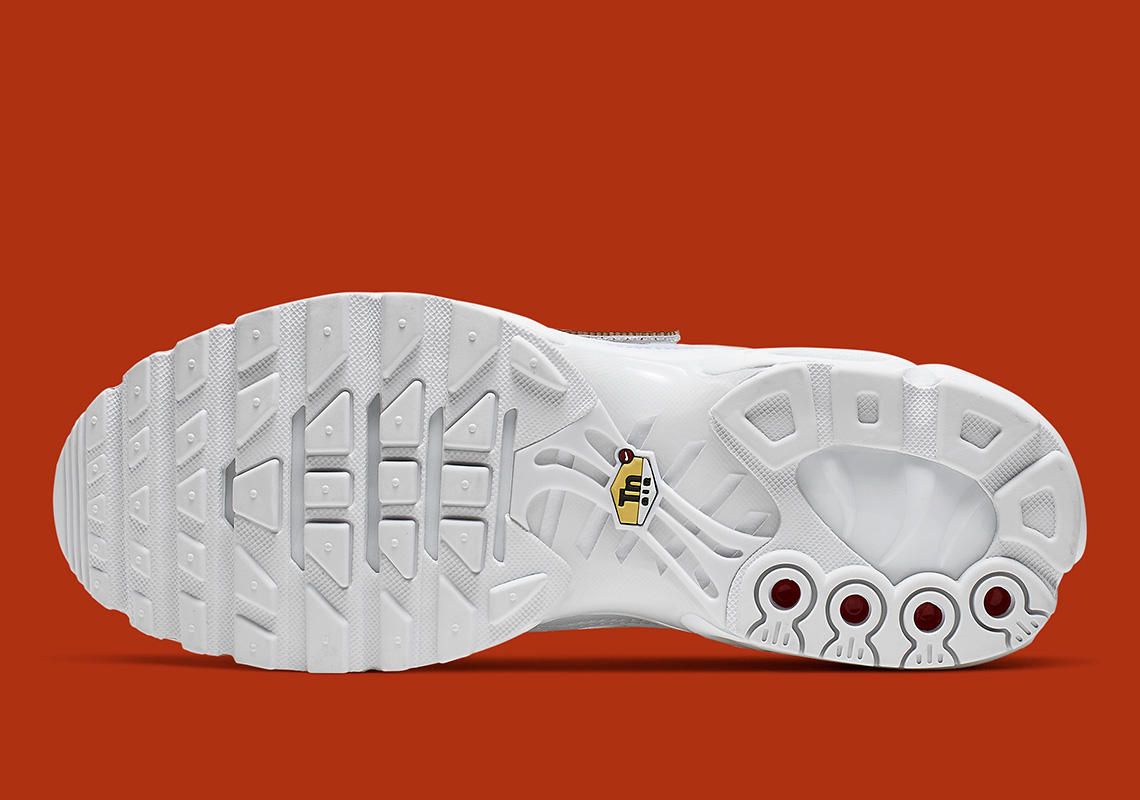 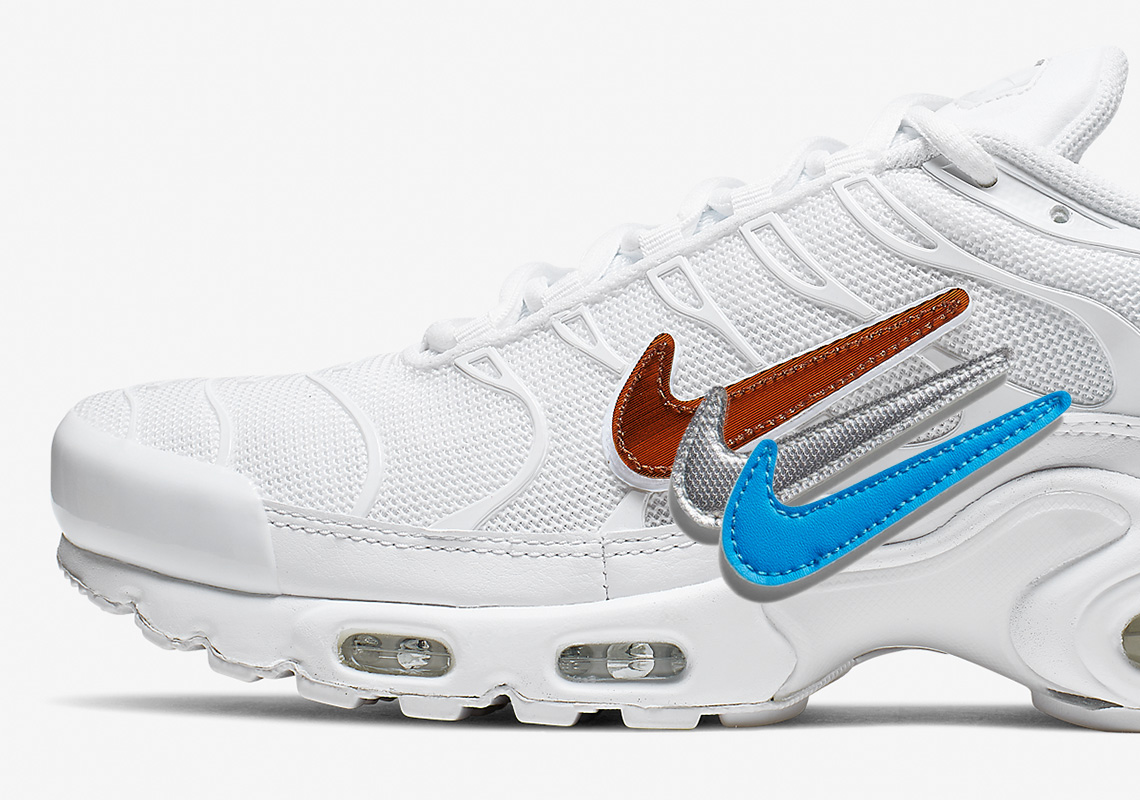