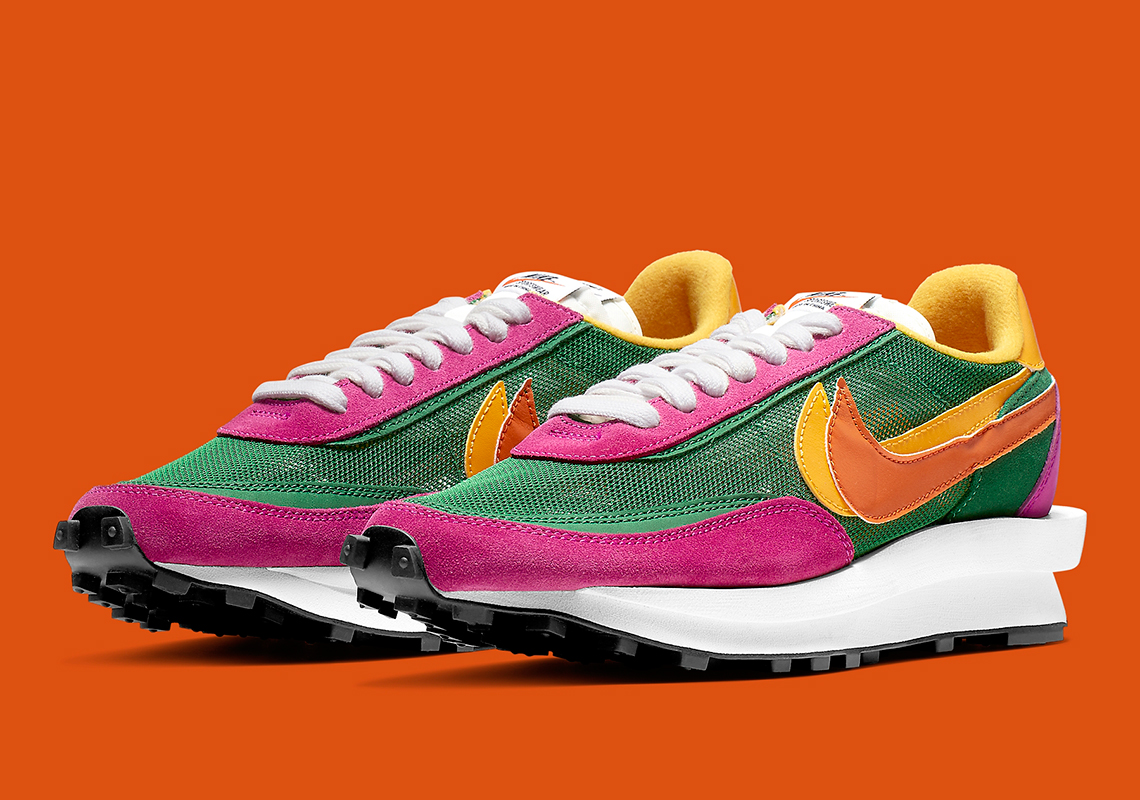 Although their release was unfortunately postponed until September, the second batch of sacai x Nike LDWaffle colorways have still garnered a great deal of attention, acclaim, and anticipation, and now official images of the “Pine Green/Clay Orange” pair have been revealed. Already cemented as one of 2019’s best silhouettes due to their doubled-up detailing, the LDWaffle is taken in what might just be its boldest direction yet with this new colorway. Boasting a vibrant green mesh base that’s then overlaid with doubled-up suede and leather mudguards, heel counters, and eyestays dressed in both green and fuchsia, the colorful look is an undeniably compelling amalgamation of retro flair and high-fashion styling. More colors are then added to the mix by the doubled-up Swooshes, which offer both an earthy orange and a bright yellow. Meanwhile, the stacked tongues provide a simple white nylon accent to rein in the upper bold colors just enough. Dual heel branding and the signature elongated double midsole then combine with a classic waffle outsole to finalize the stylings. This fresh take on Chitose Abe’s fabulously Frankenstein-ed Nike shoes will release September 12th for $180 USD on Nike.com and at other select stockists, so enjoy a full set of official images below while you wait. 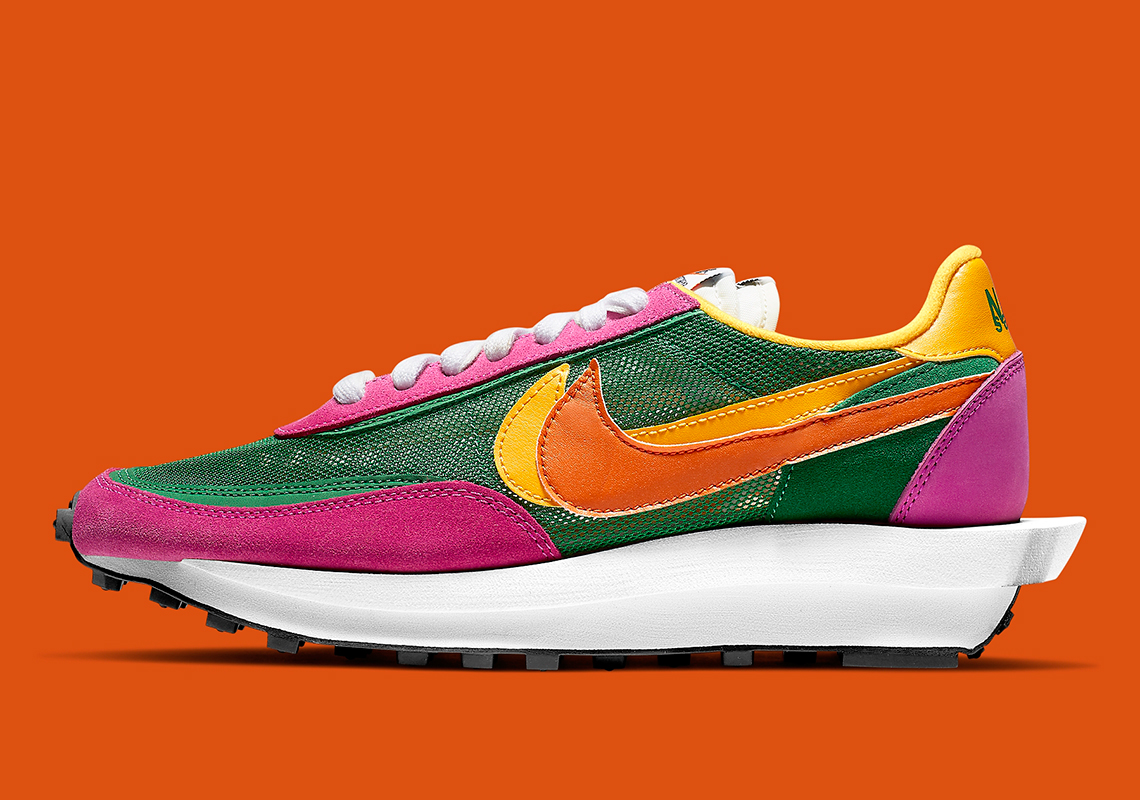 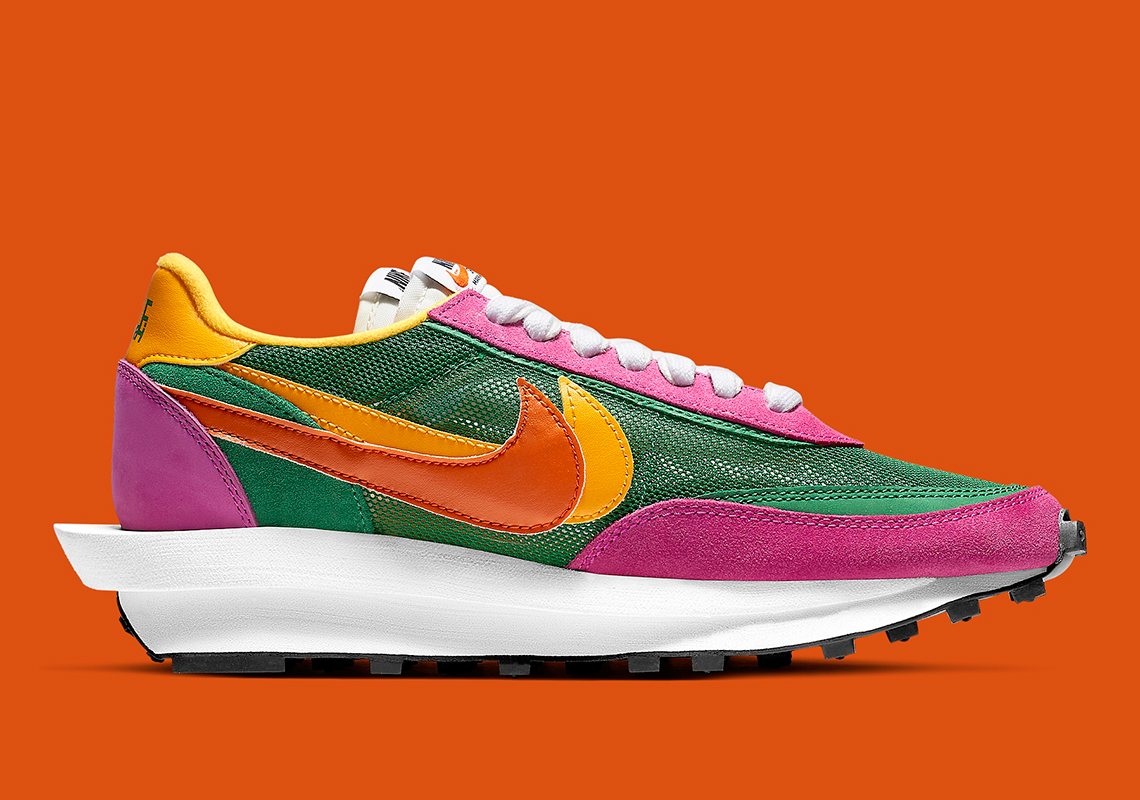 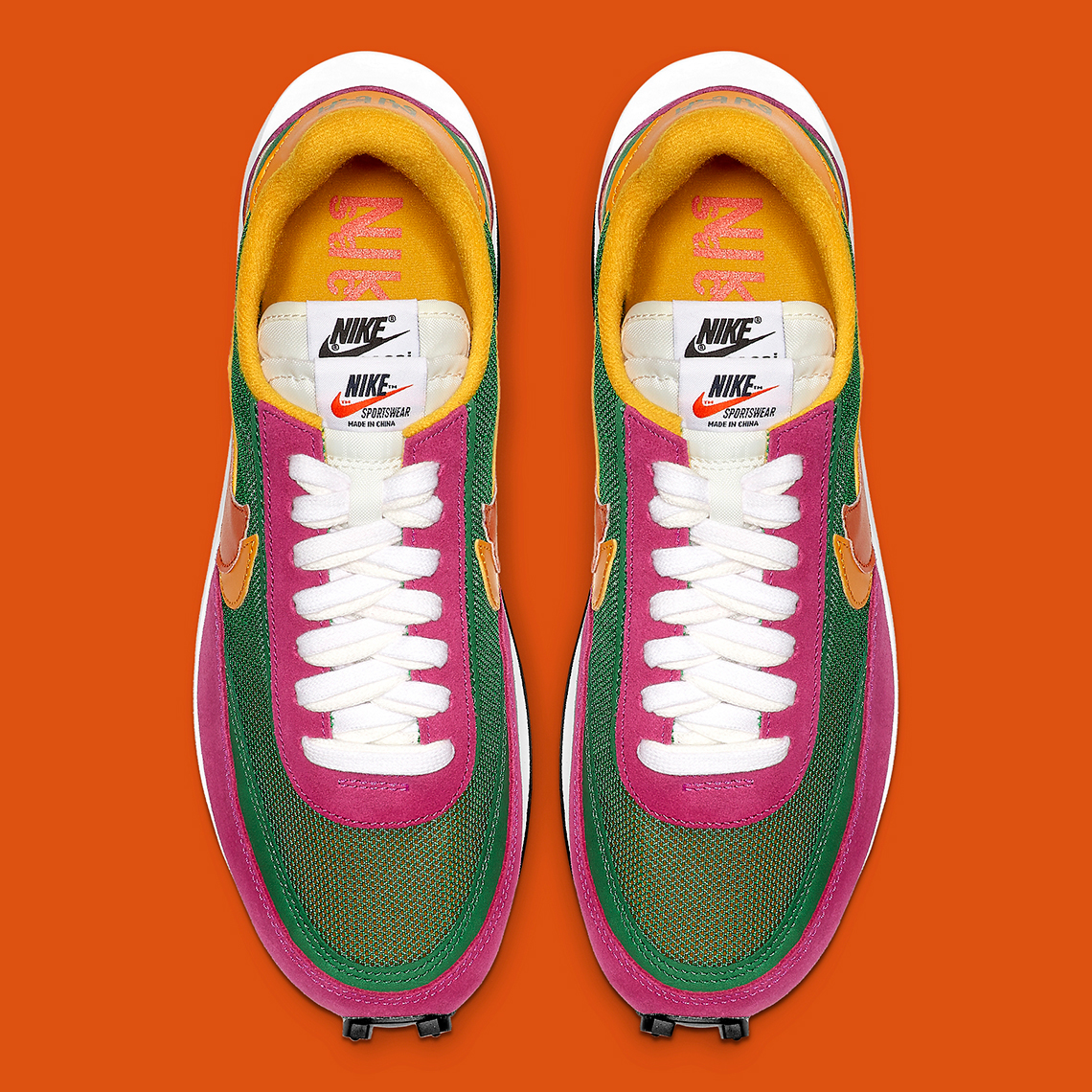 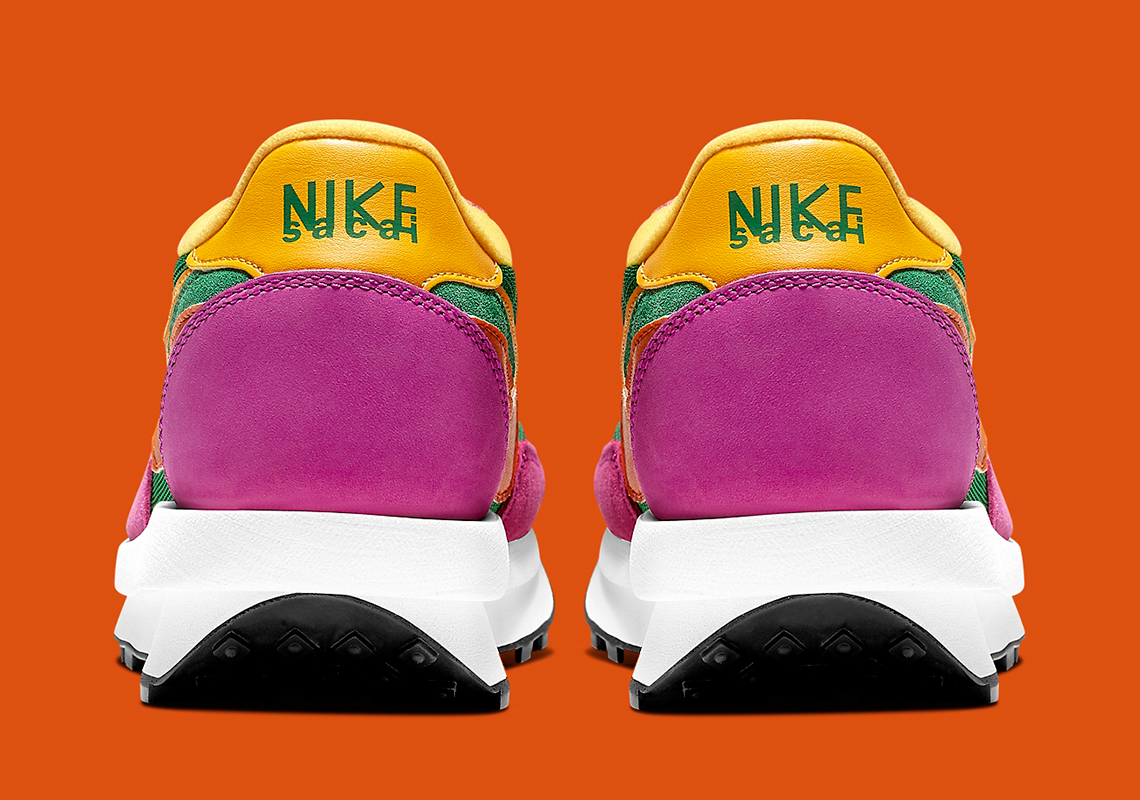 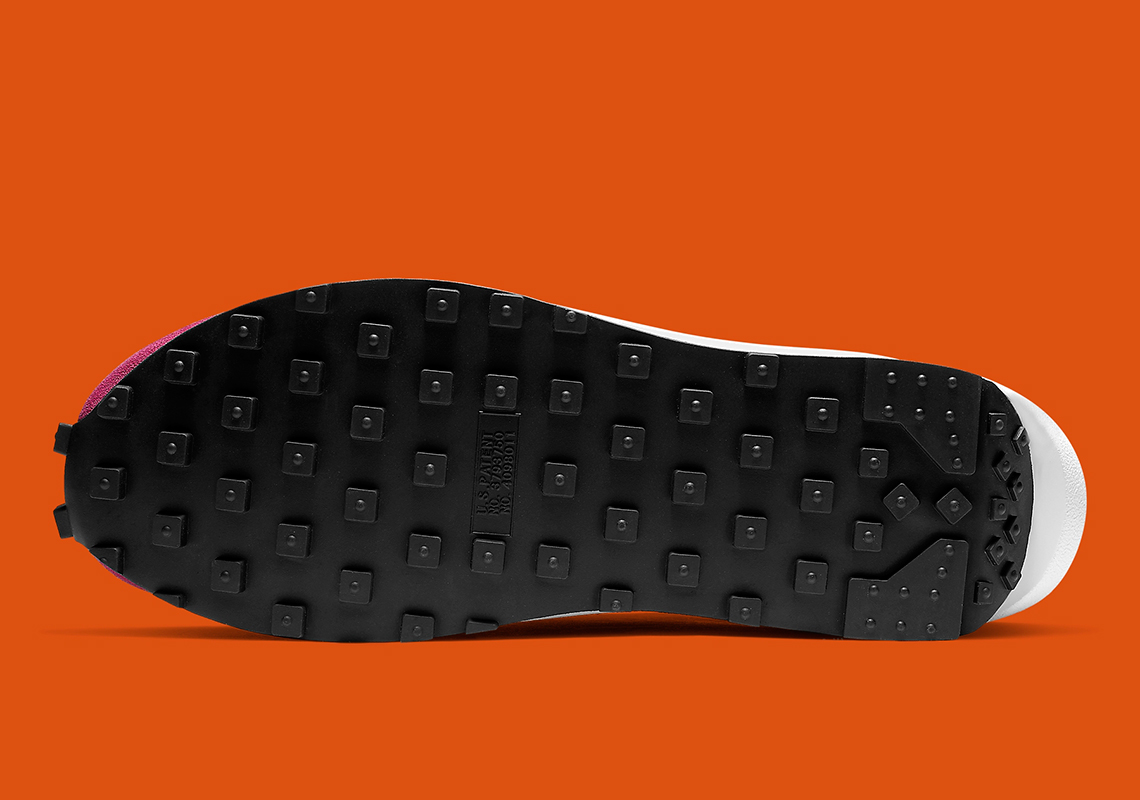