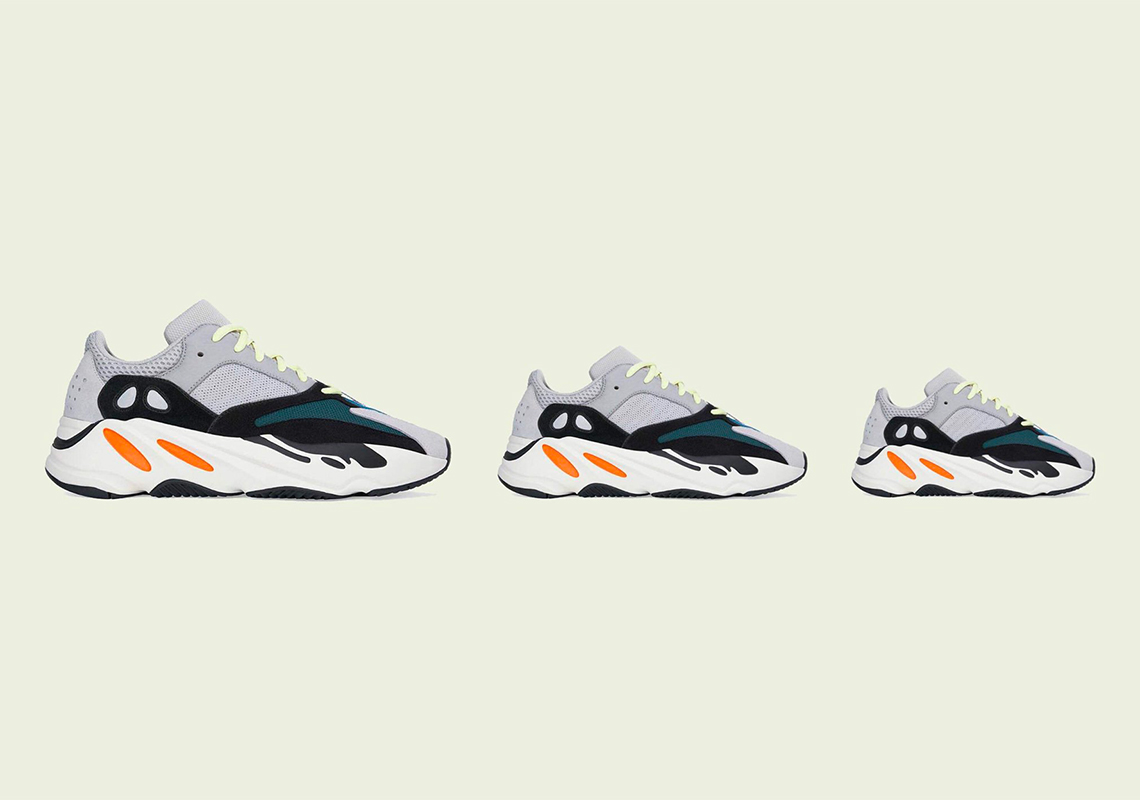 First debuting in November of 2017, the adidas Yeezy Boost 700 “Wave Runner” was an important cultural touchpoint, as it’s largely responsible for bringing the chunky “dad shoe” trend into the mainstream. Now, after a September 2018 re-release, it’s set to hit shelves for the third time this August. However, there’s one major — and welcome — difference with these adidas Yeezys this time around: they’ll be available in full family sizes. Much more colorful than the smorgasbord of natural-toned Yeezy 700s and Yeezy 700 v2s that have released since 2017, the “Wave Runner” combines grey, black, dark green, and blue on its leather/mesh/suede upper, all of which are accented by bold volt yellow laces. Down below, the sizeable midsole adds further to the inherently retro look, mixing white and black with hot orange accents and providing a full Boost footbed for legendary comfort. A black outsole then completes the look. These details are uniform on the men’s ($300), kids ($180), and infants ($150) pairs, and each is set to release on August 12th via Yeezy Supply and adidas before rolling out to select retailers on August 17th — so you’ll have two chances to kit your entire family out in a truly classic Kanye West creation. Check each pair out right here, and stay tuned for a comprehensive Yeezy Waverunner store list as the date of arrival draws closer. 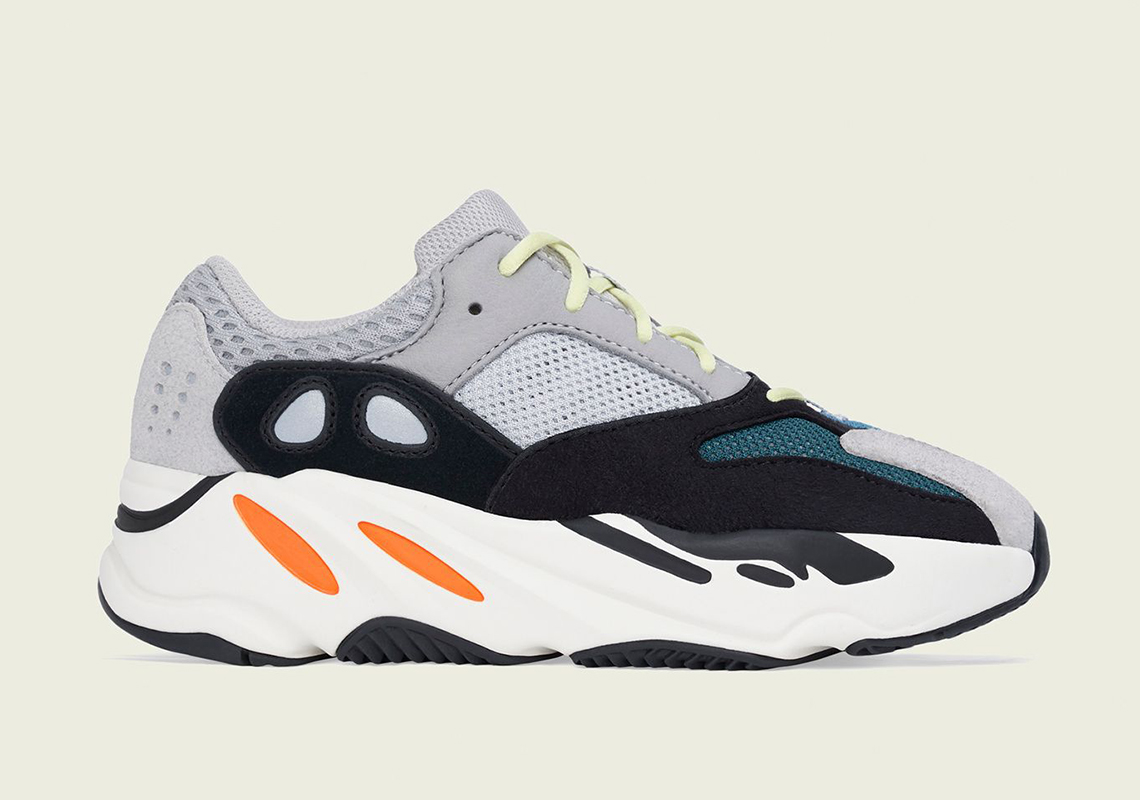 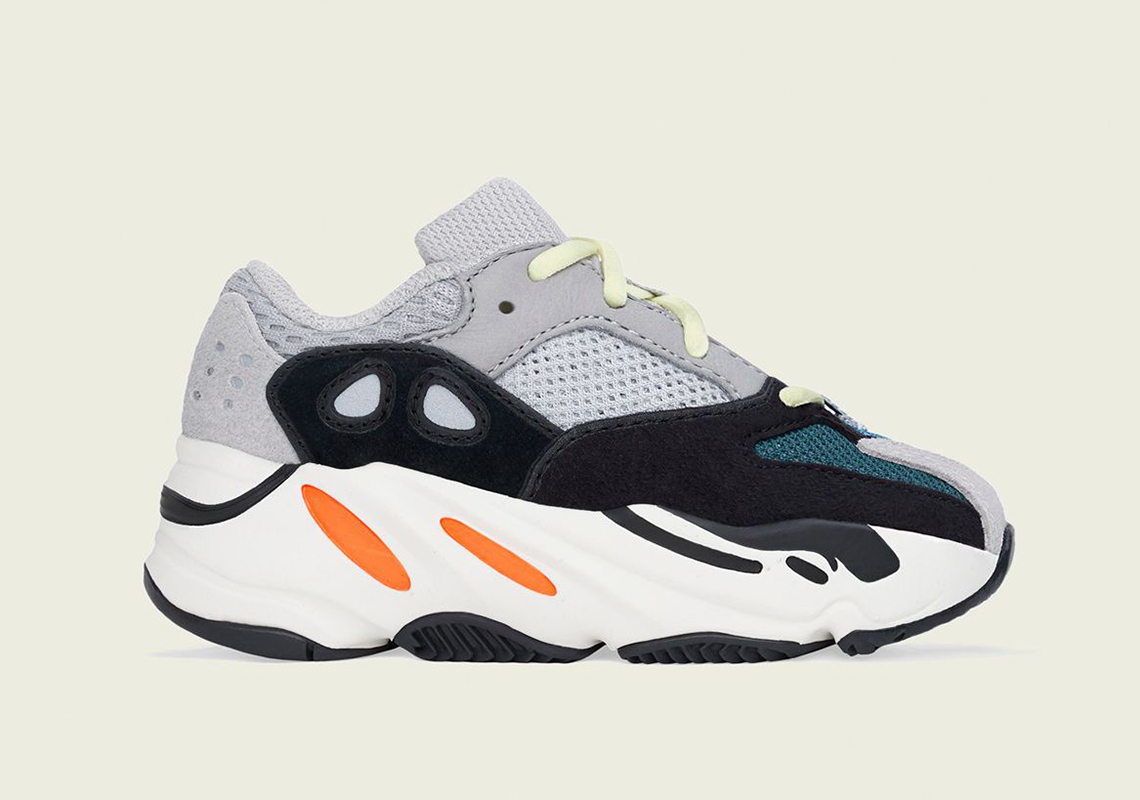 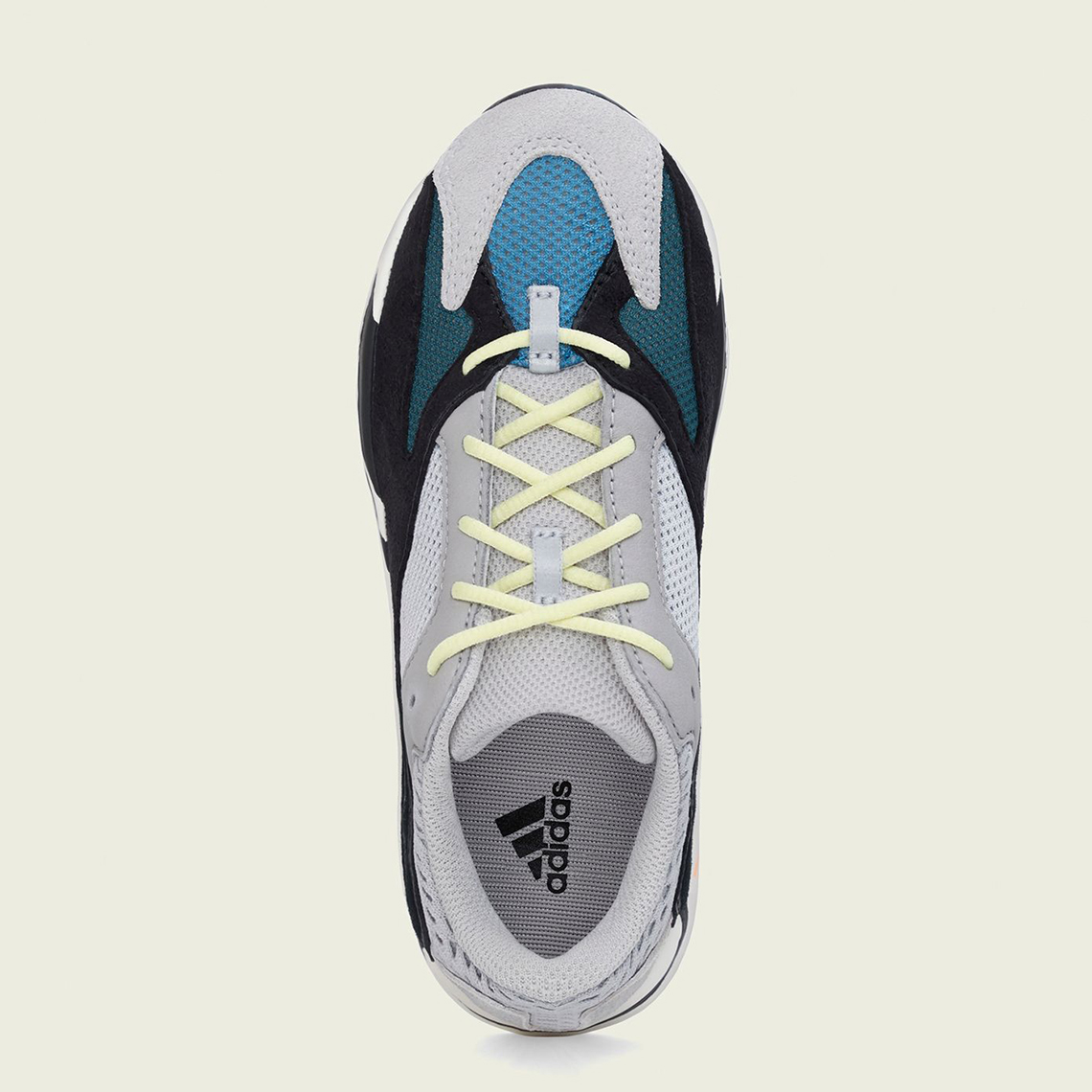 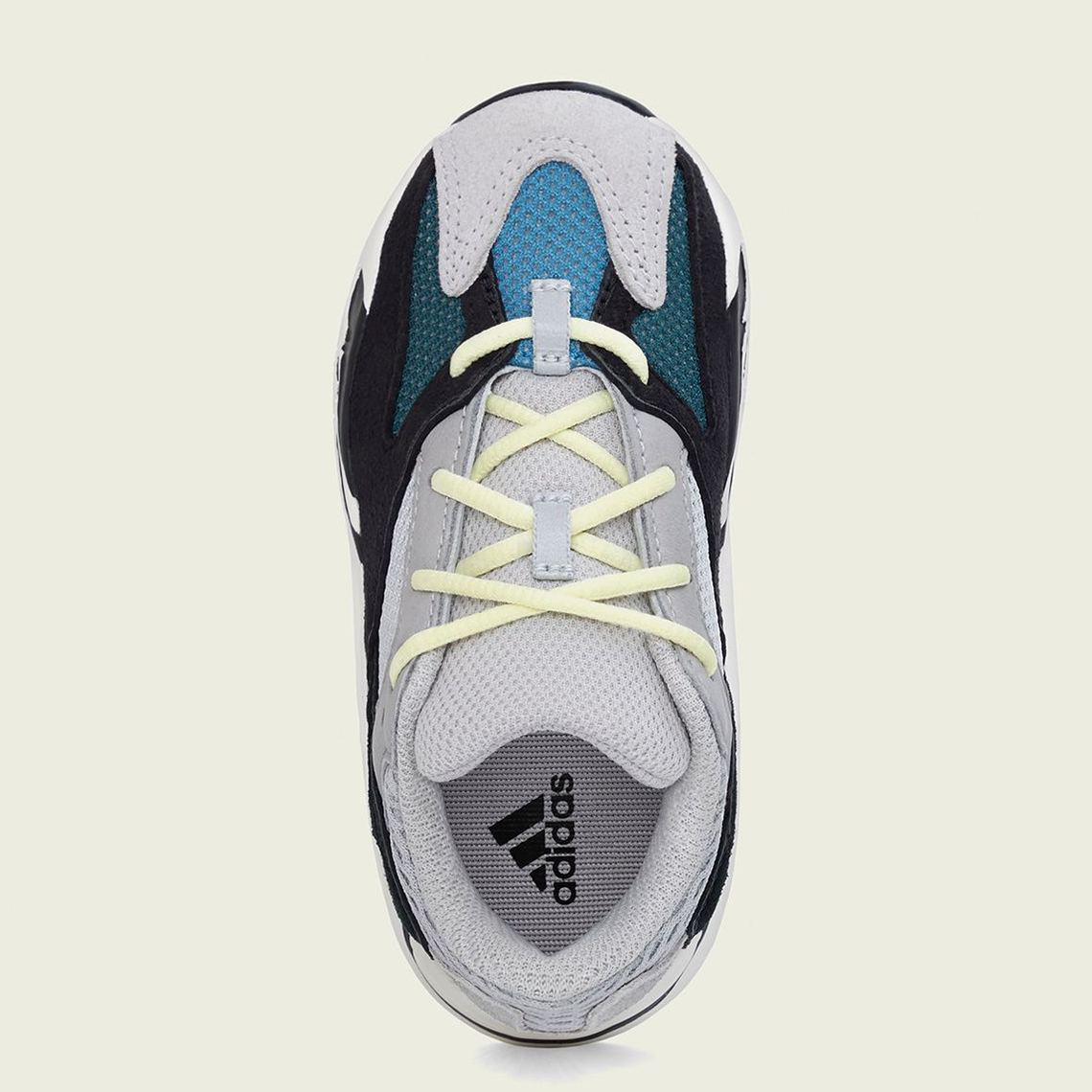